How to Do ANOVA in Excel (2 Suitable Examples)

If you are looking for ways to do ANOVA in Excel, then this article will serve this purpose. ANOVA is used to find differences among groups of data that are statistically different. In Excel, we can do ANOVA by following some simple steps. So let’s start with the article and learn all these steps to do ANOVA in Excel.

2 Examples to Do ANOVA in Excel

In this section of the article, we are going to learn about the detailed steps of 2 methods to do ANOVA in Excel.
We have used Microsoft Excel 365 version for this article, you can use any other version according to your convenience.

1. One Way ANOVA in Excel

In the following dataset, we have the bowling Speed of 3 Bowlers and their Average Speed. Here, there is only one variable that influences bowling speed. That is, depending on the bowler, the speed varies. Our aim is to do a One Way ANOVA test with this data. 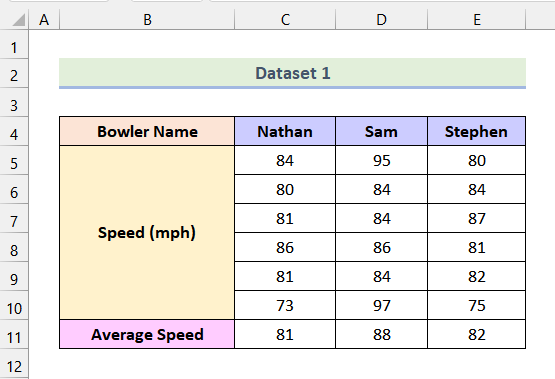 To do ANOVA, we need to have a Data Analysis option. By default, the Data Analysis feature is not added in Excel. We need to manually add the Analysis ToolPak Add-in to enable this feature. 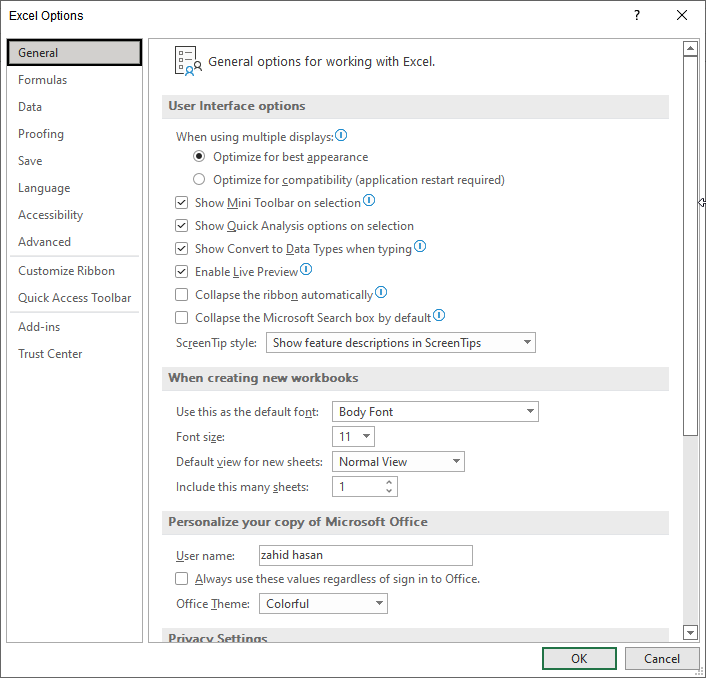 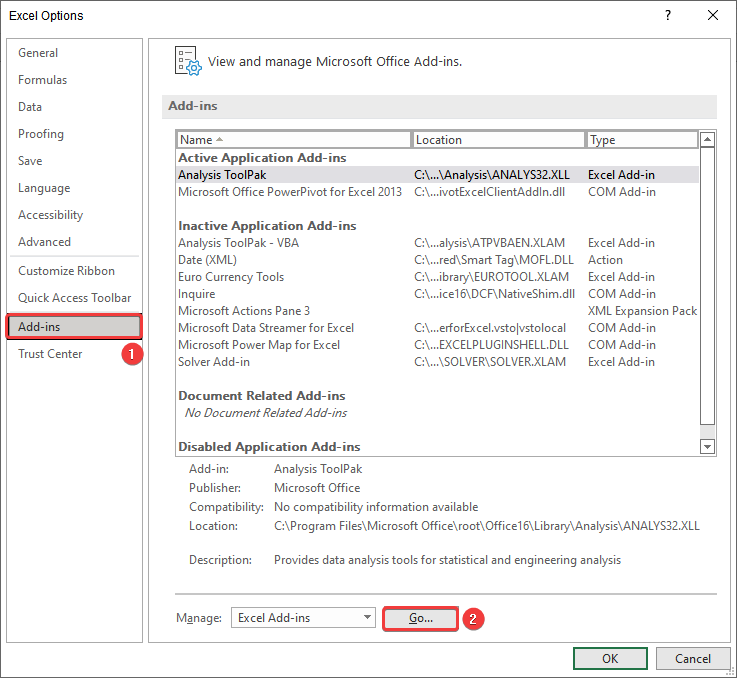 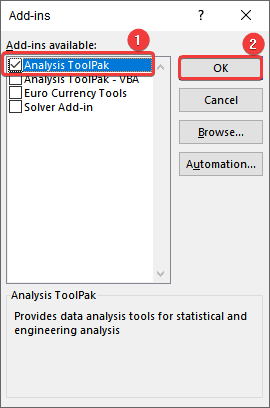 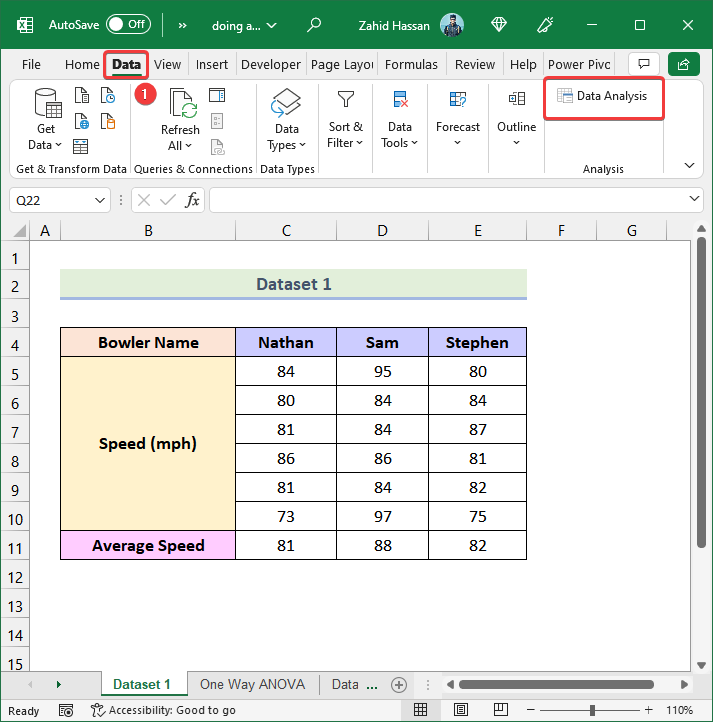 After the Data Analysis option has been enabled, we will follow the steps mentioned below to do ANOVA. 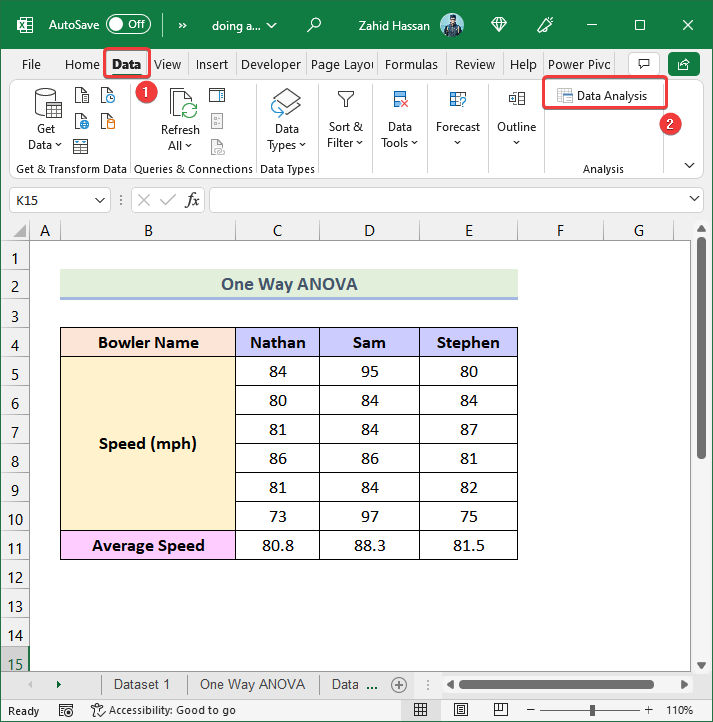 As a result, the Data Analysis dialogue box will open as shown in the image given below. 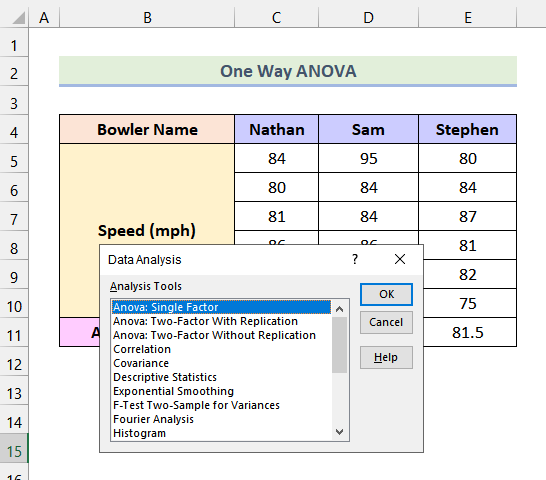 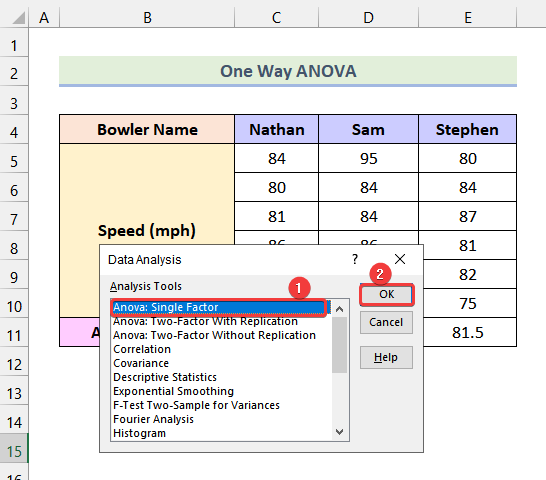 Afterward, the Anova: Single Factor dialogue box will be available on your worksheet as demonstrated in the following image. 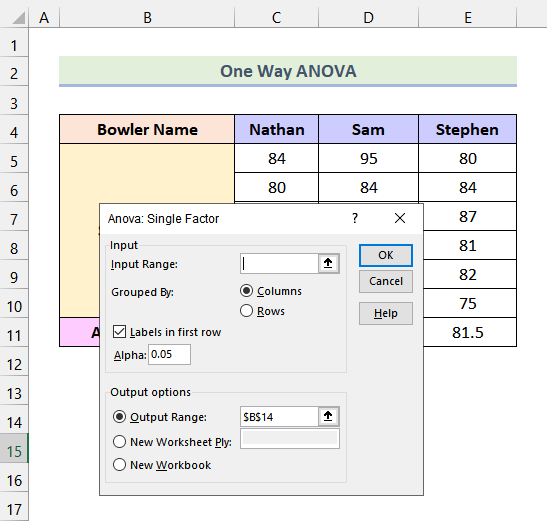 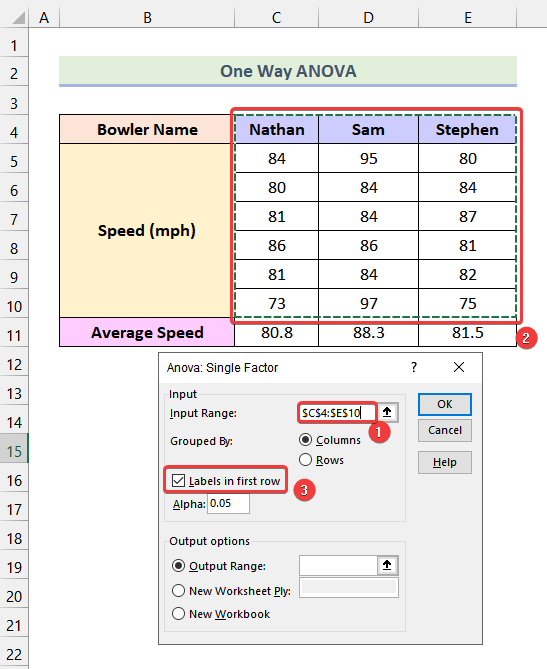 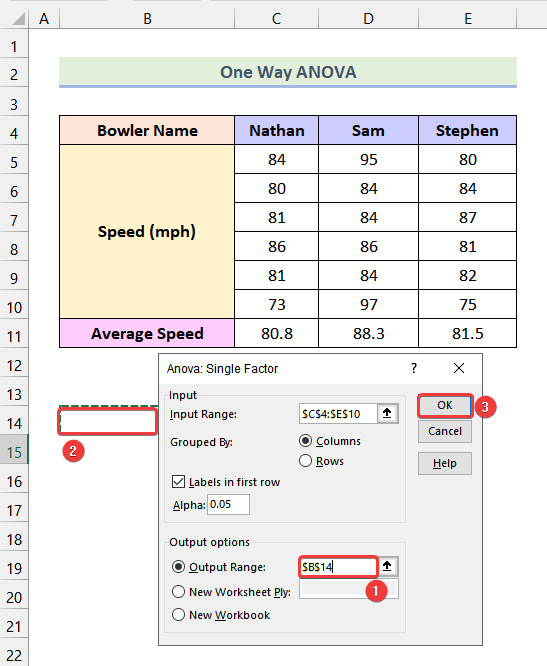 Consequently, you will see the outputs of the ANOVA test as demonstrated in the following picture. 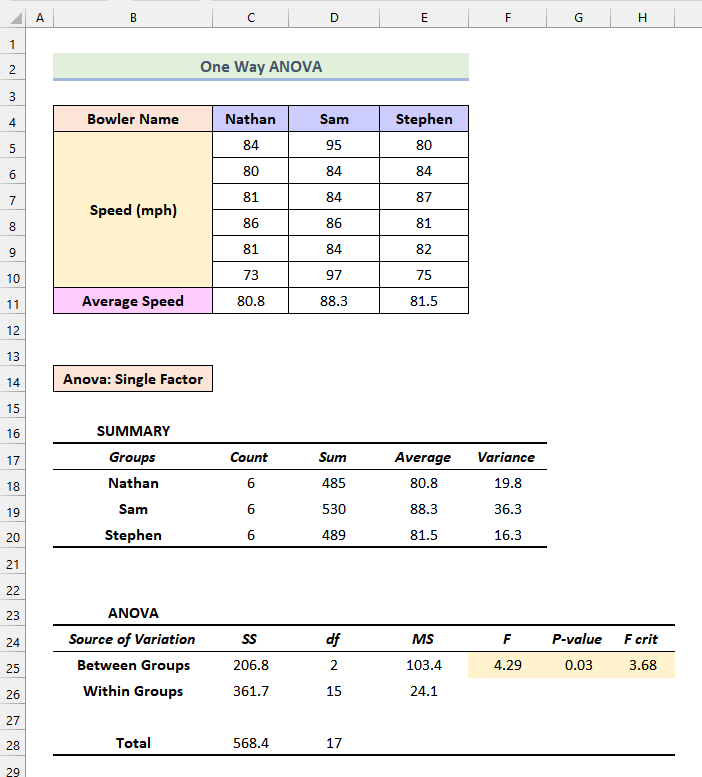 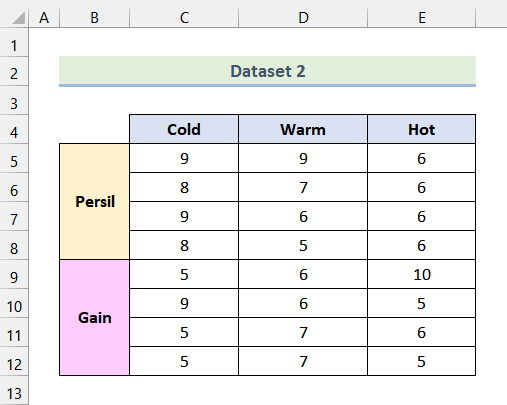 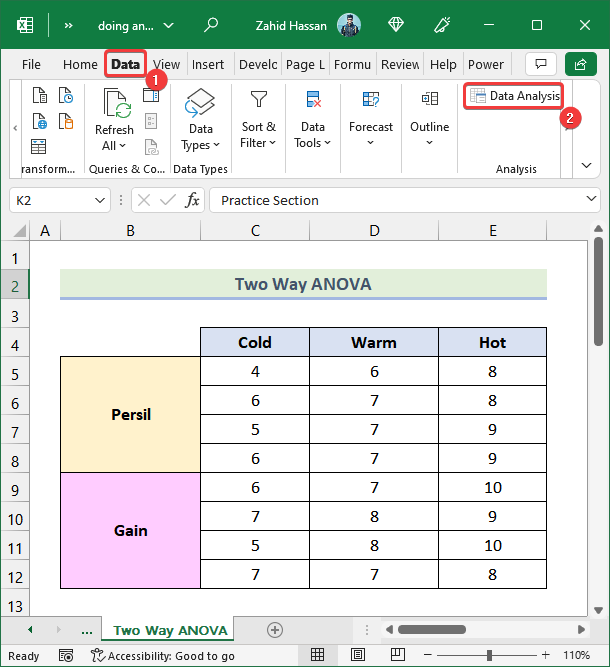 Consequently, the Data Analysis dialogue box will open as shown in the image given below. 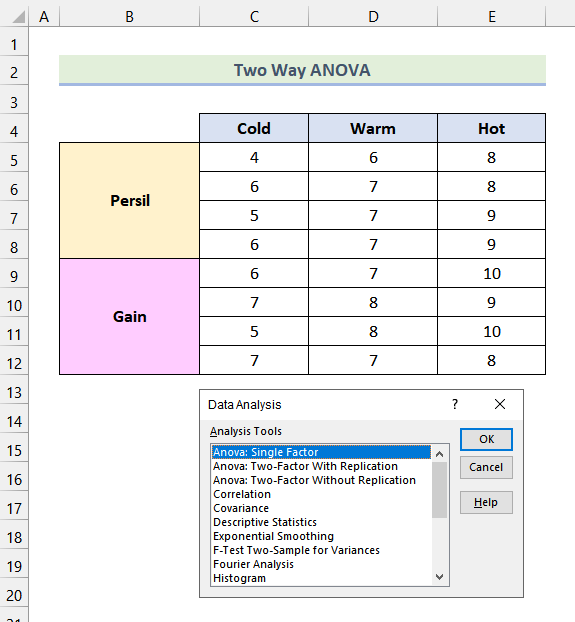 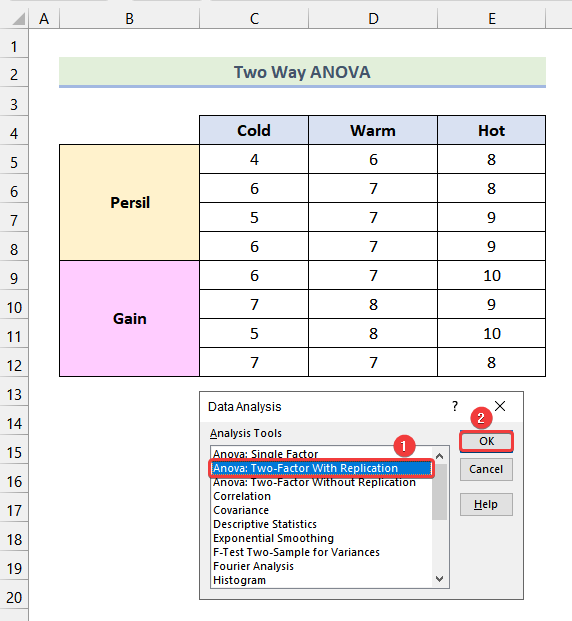 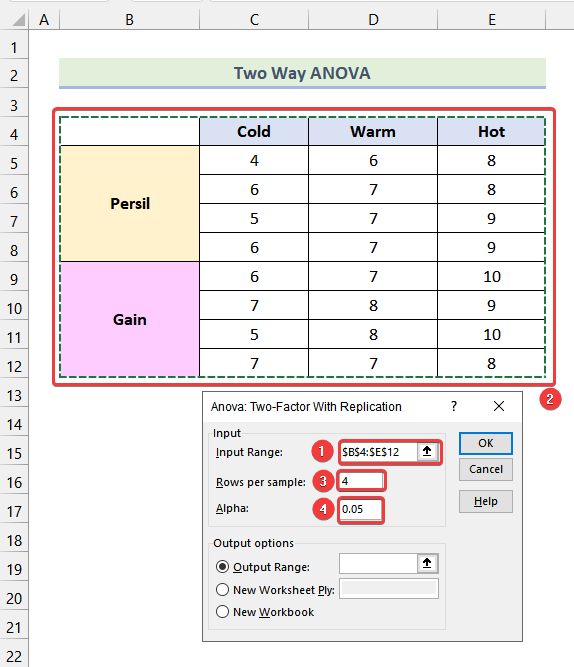 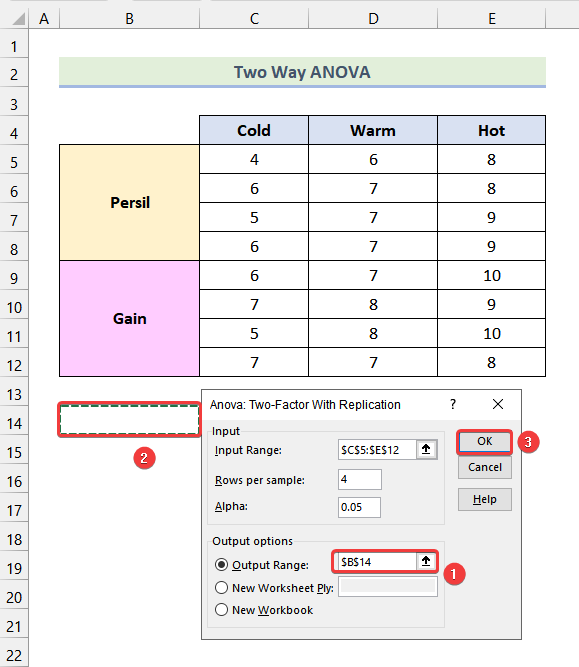 Congratulations! You have successfully done the Two Way ANOVA test. The outputs should be looking like the following image. 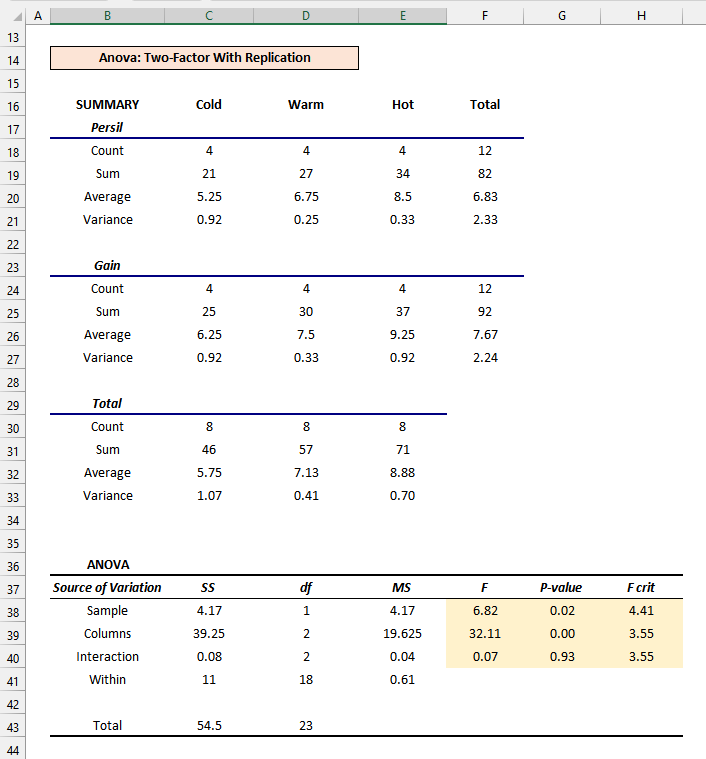 In the Excel Workbook, we have provided the Practice Section on the right side of the worksheets. Please do it by yourself. 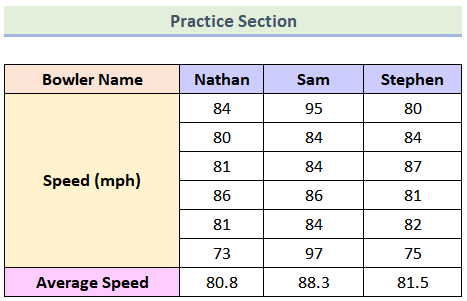 Finally, we have come to the very end of our article. I truly hope that this article was able to guide you to do ANOVA in Excel. Please feel free to leave a comment if you have any queries or recommendations for improving the article’s quality. To learn more about Excel, you can visit our website, ExcelDemy. Happy learning!