How to Sum Between Two Numbers Formula in Excel

Let’s have a dataset that consists of delivered products on different dates with amounts. 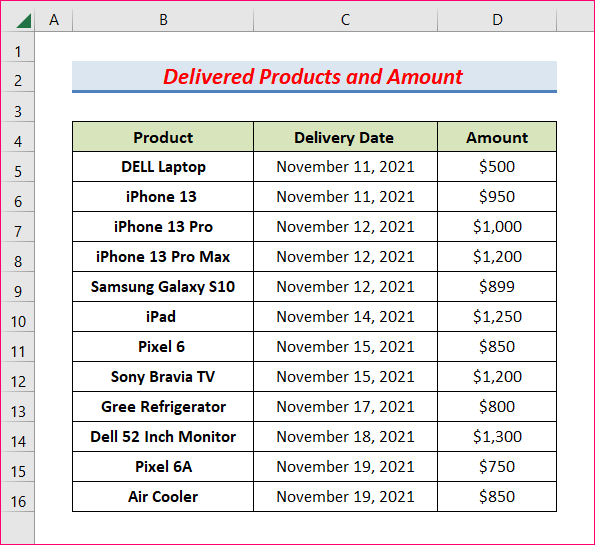 Use Sum Between Two Numbers Formula.xlsx

In this article, we will describe two easy methods to demonstrate how to sum between two numbers formula in Excel.

The generic SUMIFS function’s syntax is

sum_range; declares the range we want to sum.

criteria_range1; defines the range where the criteria exist.

Criteria 1; set the criteria we look for in criteria_range1.

The SUMIFS function allows more than one criterion to evaluate any value within a range. Suppose, from the dataset, we want the sum of Amount between two values; Lower Limit $800 and Upper Limit $1500. 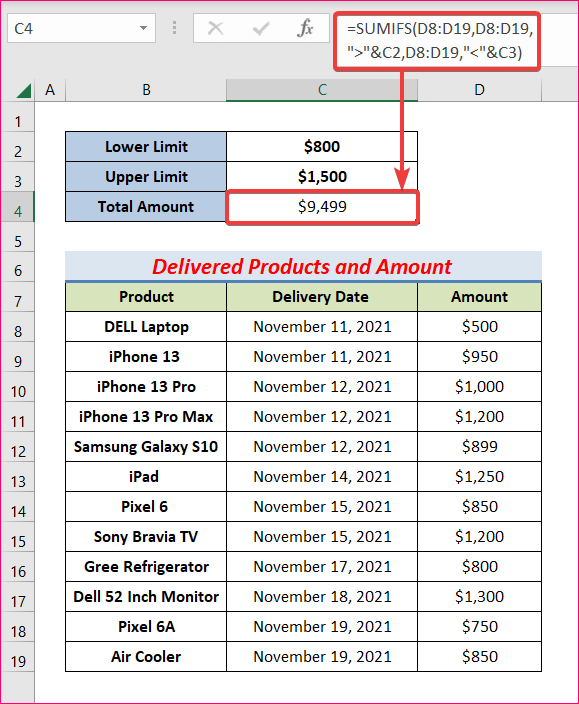 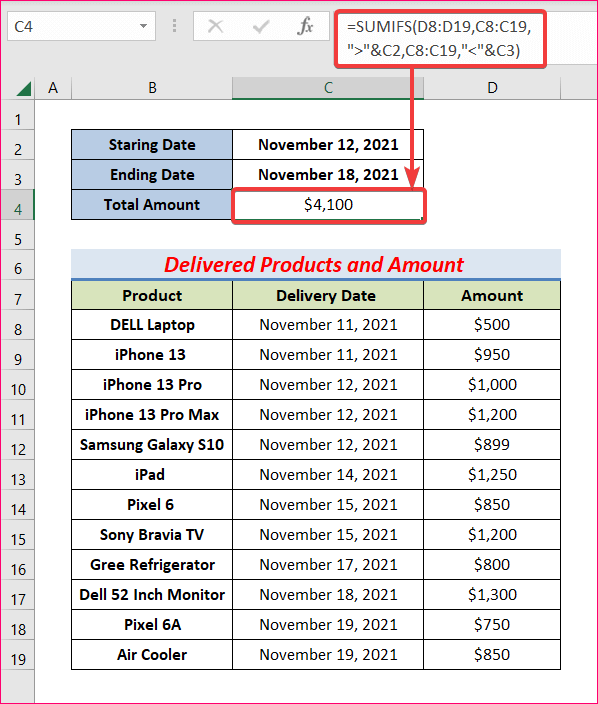 Method 2: Using SUM and IF Function

The SUM function simply sums numbers; it does not apply any kind of criteria to numbers. So, we use the IF and ADD function in a Helper Column to return amounts between two specific values.

The syntax of the SUM function is

The syntax of the IF function is

The syntax of AND function is

We want to extract the sum of Amounts that are greater than $800 and less than $1500 in the dataset. In doing so, we have to add a helper column to sort out the values sitting between the range. 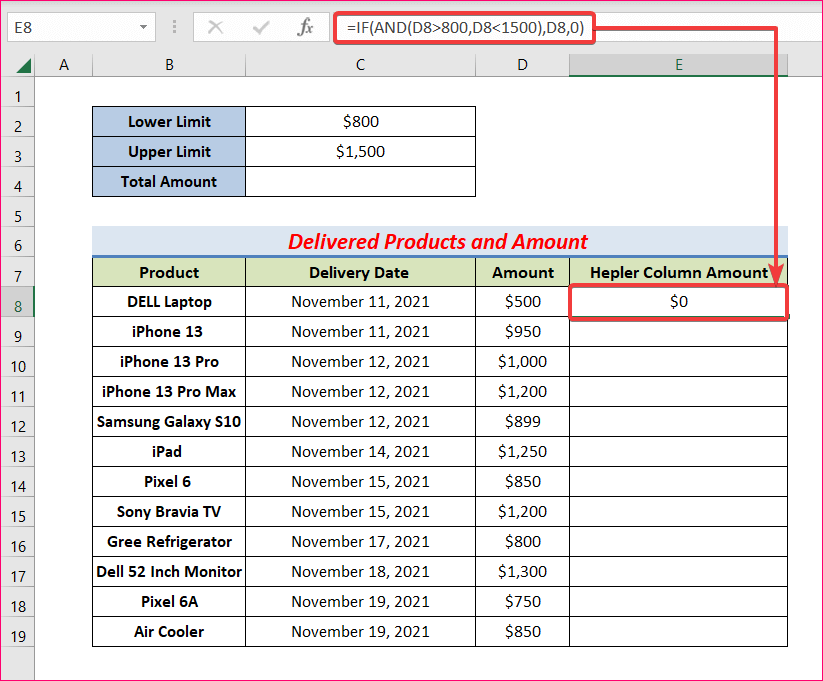 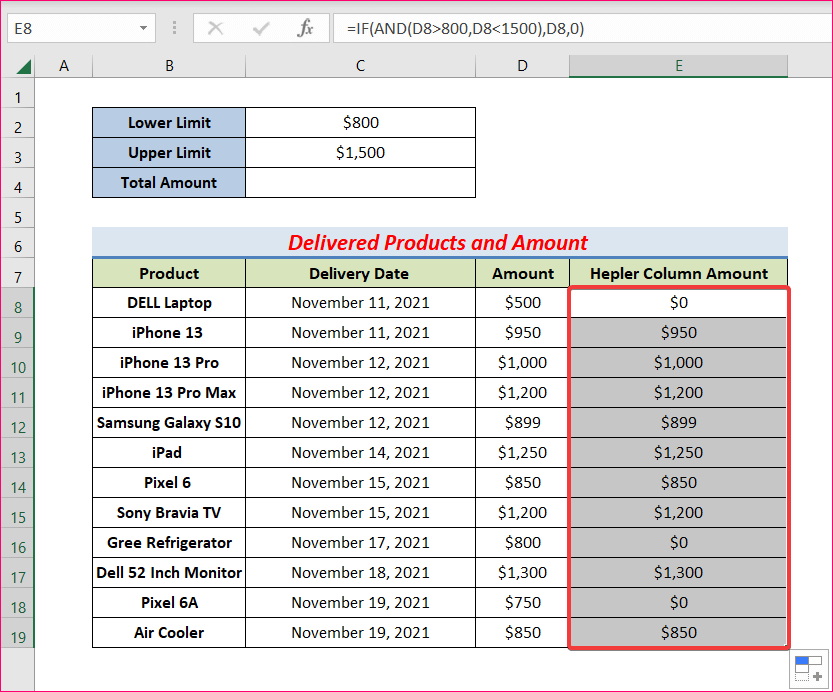 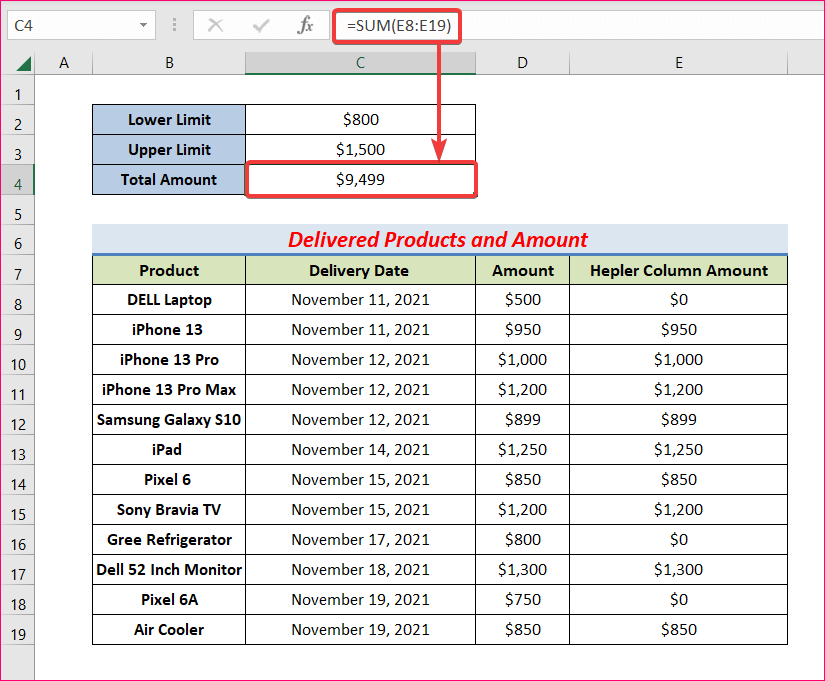 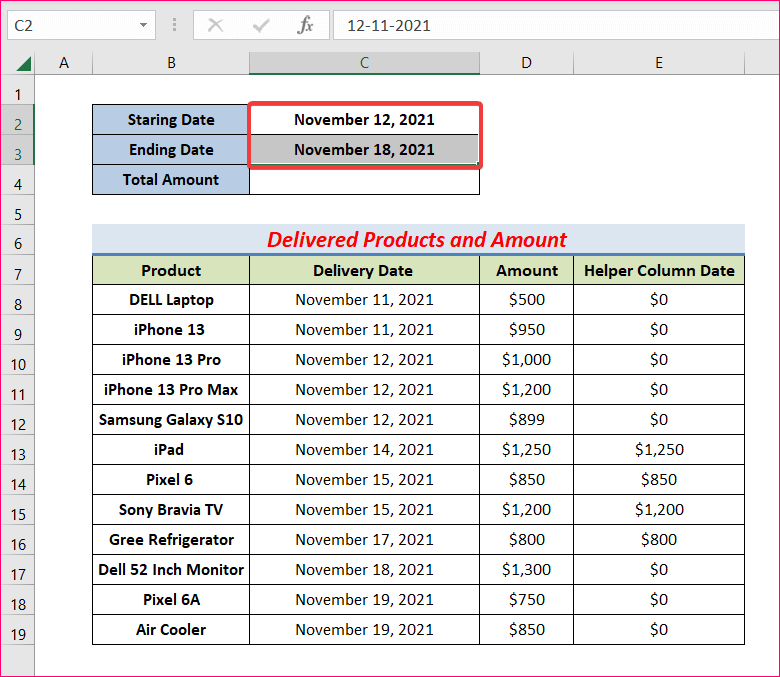 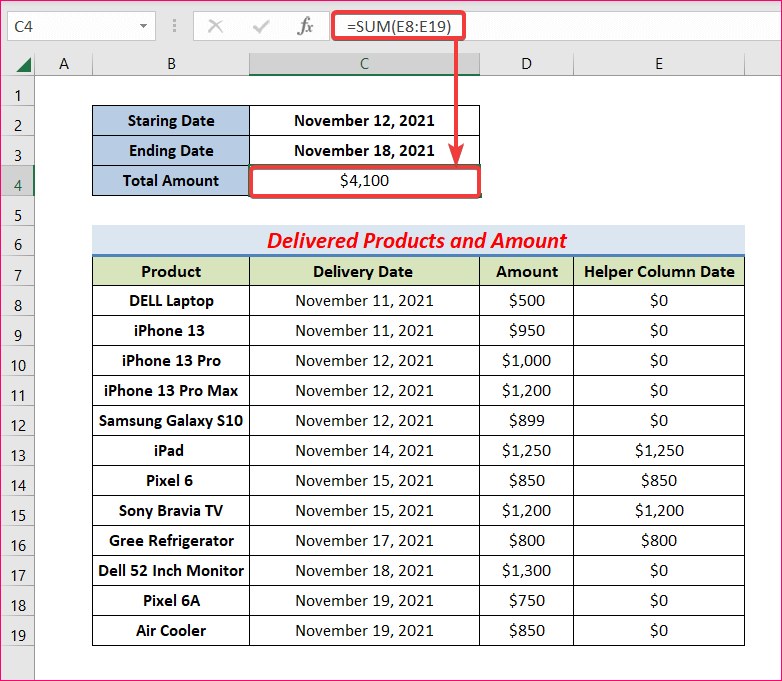 Read More: How to Sum If Cell Contains Specific Text in Excel (6 Ways)

In this article, we use SUMIF and a combination of SUM and IF functions to sum between two numbers; the numbers can be values or dates or anything we want. The SUMIF function does the job with ease as it incorporates more than one criterion. On the other hand, a combination of the SUM and IF functions overcome their limitations with the help of a helper column. Hope these methods quench your thirst. Comment, if you have any queries and have something to stipulate.