How to Plot Poisson Distribution in Excel (with Easy Steps)

Look at the following image for a brief and quick idea.

Download the following sample workbook from the link below to practice along with it.

What Is Poisson Distribution?

To say very simply, the Poisson Distribution shows the probability of happening an incident for a specific number of instances in a certain period.

The Poisson Distribution can be described by a statistical function which is as follows:

To understand in detail, read the whole article, we have discussed an example for your better understanding.

Introduction to POISSON.DIST Function in Excel

MS Excel provides POISSON.DIST function from Excel 2007 version. The objective of this function is simply to return Poisson Distribution in Excel.

It has the following arguments. All of them are of the required type.

Steps to Plot Poisson Distribution of a Sample Data in Excel

The following is data of a Toll Plaza. It describes the number of bus arrival incidents at 15 minutes of intervals. In this example, we will find the probability of arrival of a certain number of buses at a 1-hour interval. 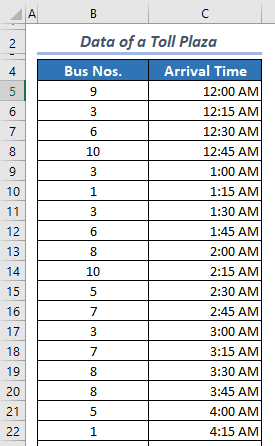 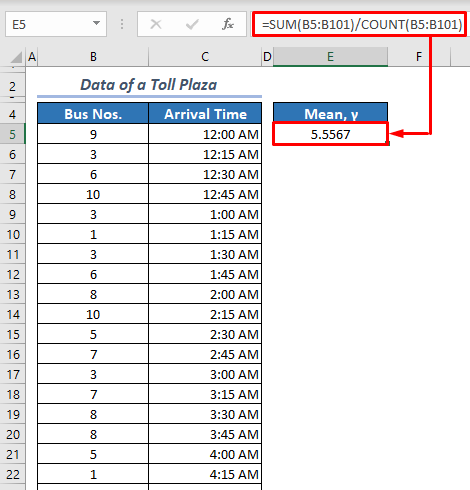 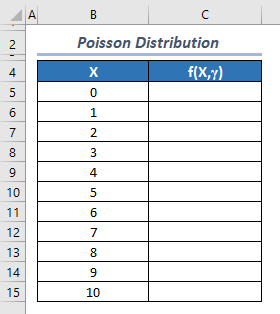 What are we going to calculate here? Suppose you are thinking that what is the probability that 5 buses will arrive at the toll plaza during a 1-hour interval. We will calculate this now. 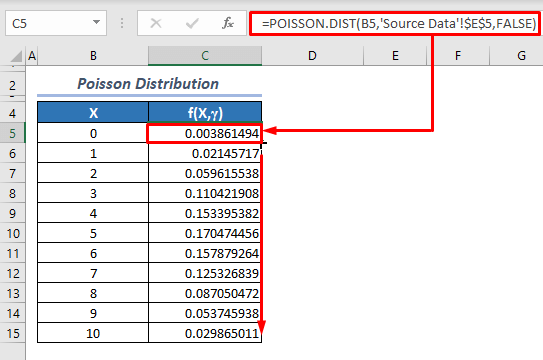 Here, B5 is the number of incidents X, ‘Source Data’!$E$5 refers to the mean λ, and FALSE is for non-cumulative Poisson Distribution. If we would do this calculation in the same sheet as the source data, the formula would be =POISSON.DIST(B5,$E$5,FALSE). Not a big issue, right? Don’t forget to use Absolute Reference for mean. Otherwise, you will not get the correct result.

Read More: How to Create a Distribution Chart in Excel (2 Handy Methods)

We are almost done! 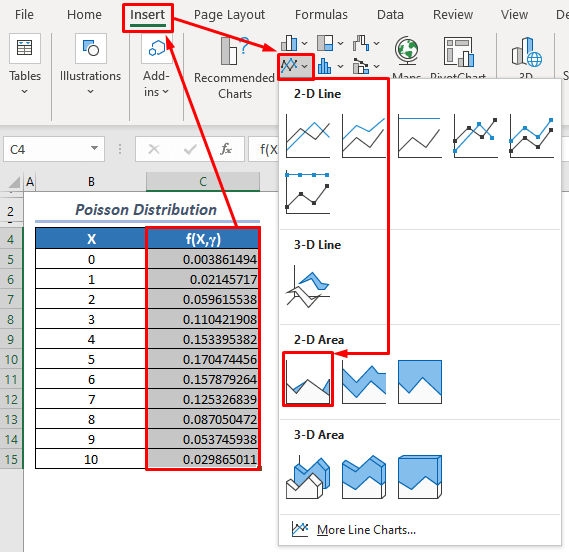 The following graph will appear. 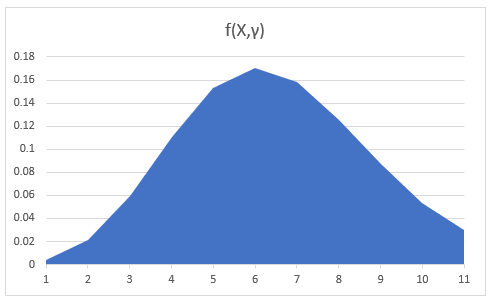 So, in this article, we have discussed how you can plot Poisson Distribution in Excel. If you have found this write-up useful, please let us know in the comment box. Also, don’t hesitate to ask if you have any queries. For more such articles, please visit our blog ExcelDemy.

Hi there! I am Mahdy, a graduate of Naval Architecture from BUET, currently working as an Excel & VBA Content Developer in ExcelDemy. You are gonna find my published articles on MS Excel and other topics of my interest here in ExcelDemy's blog. You are most welcome to my profile!

How to Use Conditional Formatting in Data Labels in Excel

How to Change Date Range in Excel Chart (3 Quick Ways)