How to Reverse Order of Columns Vertically in Excel (3 Ways)

3 Easy Ways to Reverse Order of Columns Vertically in Excel

For all methods, we are going to use the following dataset. 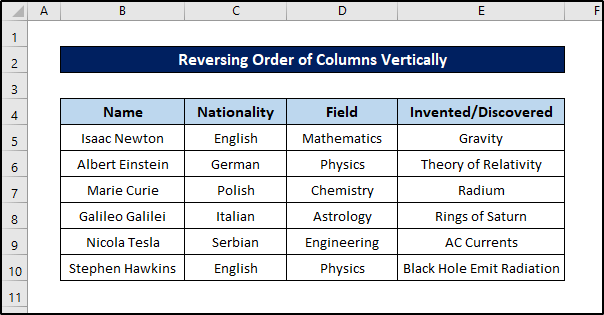 The dataset contains four columns- Name, Nationality, Field, and Invented/ Discovered. We are going to reverse the order of these columns from this to Invented/Discovered, Field, Nationality, and Name within Excel. We can achieve that by using the sort feature of Microsoft Excel, functions, and using VBA. Each is demonstrated in its section. Follow along to see how each works or find the one you need from the table above.

The first method we are going to use to reverse the order of columns vertically is to use the sort feature of Microsoft Excel. This feature usually sorts data by alphabetic or numeric ascending or descending order. So we cannot directly reverse the order of columns vertically(or even horizontally) in Excel. But we can work around this. All we need is to associate a helper row that assigns a number to each of the columns and then rearrange them using this feature. 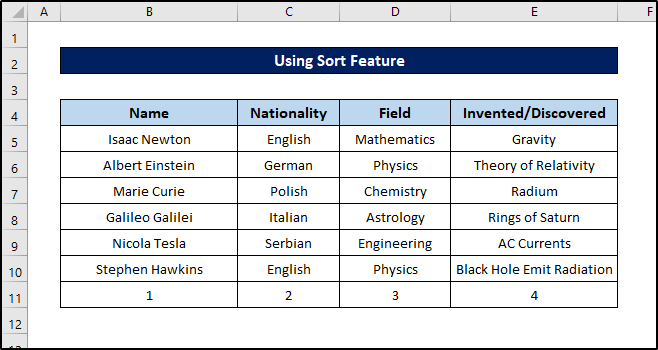 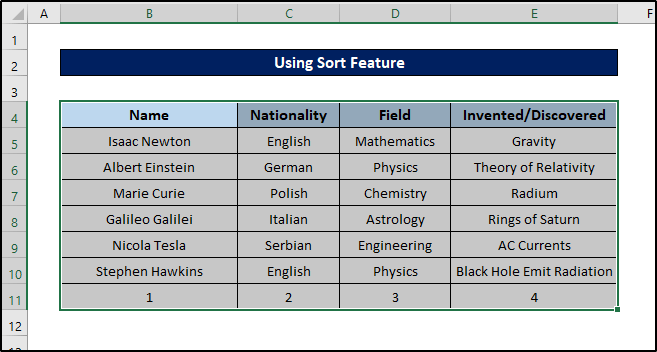 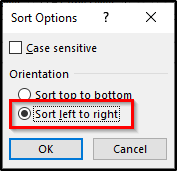 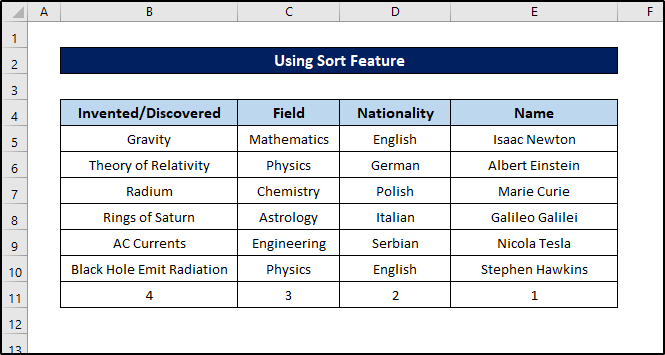 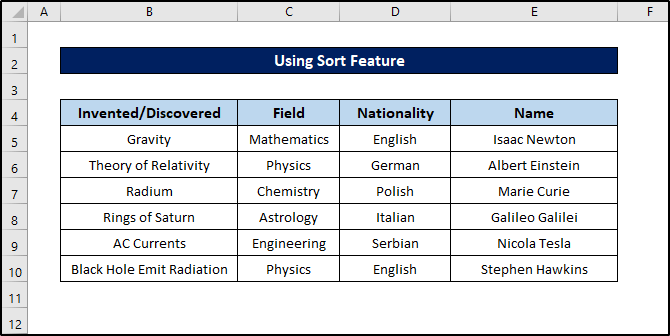 This is one way you can reverse the order of Excel columns vertically.

The COLUMN function can take a cell or an array as an argument and returns the column number of the cell and (or an array in case of array input).

Follow these steps to see how we can use the combination of these to reverse the order of Excel columns vertically. 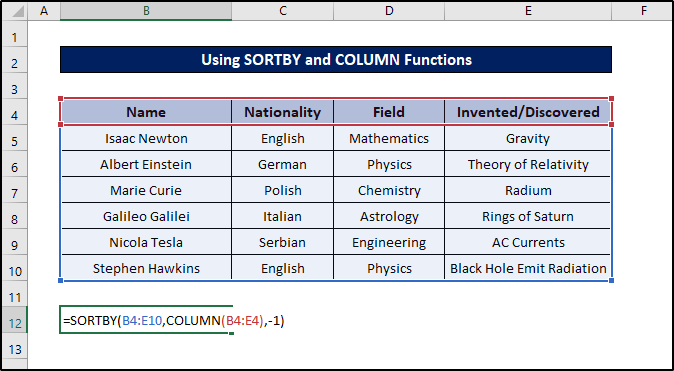 🔎 Breakdown of the Formula

👉 COLUMN(B4:E4) takes the range B4:E4 as an argument and returns all the column numbers within it as an array. The range takes up from the second to the fifth row of the spreadsheet. So it returns the array {2,3,4,5}

👉 SORTBY(B4:E10,COLUMN(B4:E4),-1) sorts the range B4:E10. It takes the previously mentioned array as the sort index. -1 (the third argument) indicates it will sort by descending order. 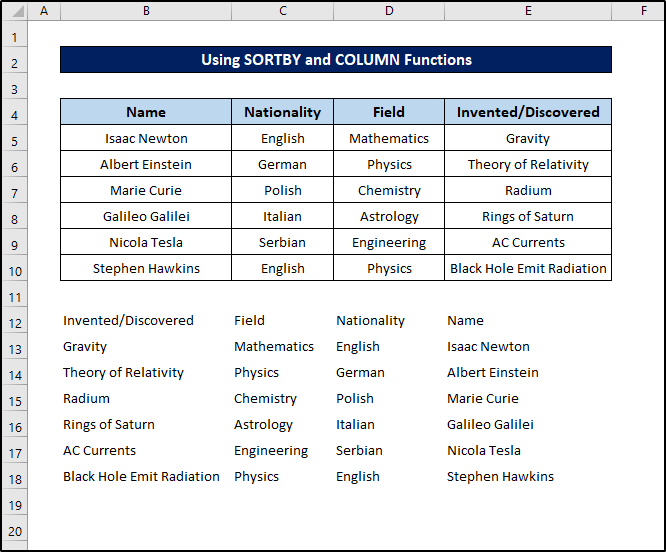 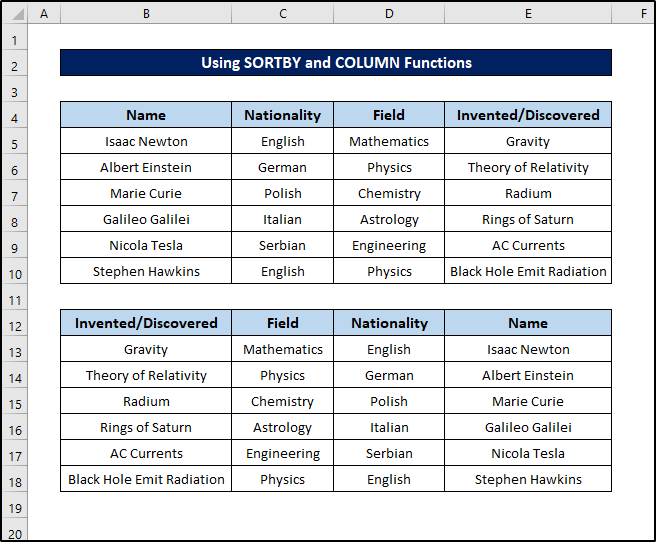 This is another way you can reverse the order of columns vertically in Excel.

The third method we are going to use is to reverse the order of the Excel column vertically to achieve the same result. The Visual Basic for Applications (VBA) is an event-driven programming language from Microsoft. It can be used to perform various tasks, sometimes otherwise impossible, in Microsoft Office applications. But to use VBA, you first need to enable the Developer tab. Click here to see how you can show the Developer tab on your ribbon.

Once you have that on your ribbon, follow these simple steps to reverse the order of columns vertically in Excel. 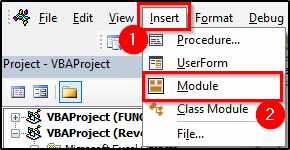 🔎 Breakdown of the Code

The line of code turns off real-time updating of the screen (the spreadsheet view) every time a loop ends.

Here, the two integers take two inputs. int-st takes 1 as the input and int_end takes the number where our selection ends (we have to select the dataset before running the code).

In this section, a do loop starts. For a single loop, top_var takes the current value of the column of int_st and bot_var takes the same for int_end.

After that, int_st increases by 1 and int_end decreases by 1 before ending the single loop.

The loop keeps repeating as long as the int_st value is lower than the int_end value.

The real-time auto-update is turned on at this stage to show the final result. 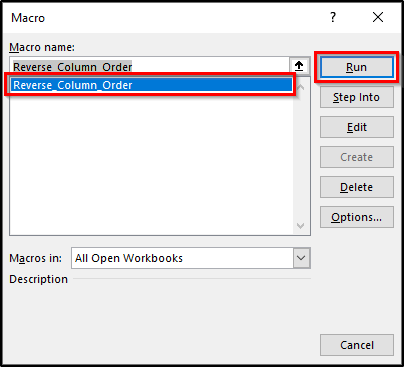 This will also reverse the order of the columns vertically in an Excel spreadsheet.

Read More: How to Count Columns until Value Reached in Excel

These were all the methods we can follow to reverse the order of the columns vertically in Microsoft Excel. Hopefully, you can easily reverse the order of your columns. I hope you found this guide helpful and informative. If you have any questions or suggestions, let us know in the comments below.

How to Circle Invalid Data in Excel (4 Suitable Ways)

How to Delete Text Box in Excel (3 Easy Ways)