How to Use RANK Function in Excel (With 5 Examples)

The simplest technique to establish a number’s relative position in a list of numbers is to sort the list in descending (from largest to smallest) or ascending order (from smallest to largest.

In this article, I’ll focus on the ways of sorting using the RANK function in Excel from different aspects. Before, I’ll show the basics of the function.

The RANK function returns the position of a given number in a given list of other numbers.

How to Use the RANK Function in Excel (With 5 Examples)

Let’s imagine, we have a dataset where exam scores are given to students. Now, we will find the rank based on the scores. Firstly, we will learn how to rank in descending order.

Note. You must use the dollar sign ($) inside the list of scores to get an accurate ranking. 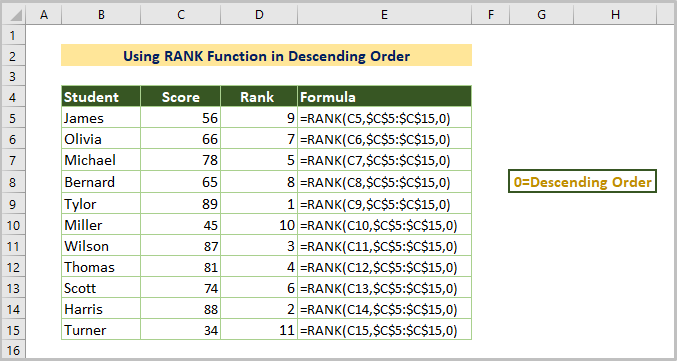 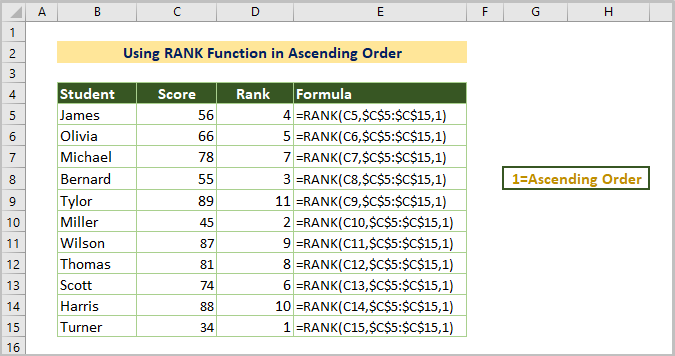 Sometimes you have to face a situation where to rank blank cells or non-contiguous cells.

In that case, you may have to use the following formula.

Here, the IFERROR function is used to avoid non-ranked cells. 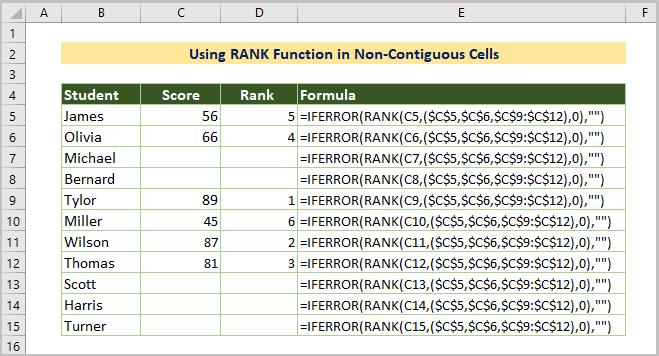 If two numbers are the same, the RANK function automatically returns a duplicate rank for the numbers. For example, if two distinct students get the same marks (see the following figure), you will find duplicate ranks for their scores. 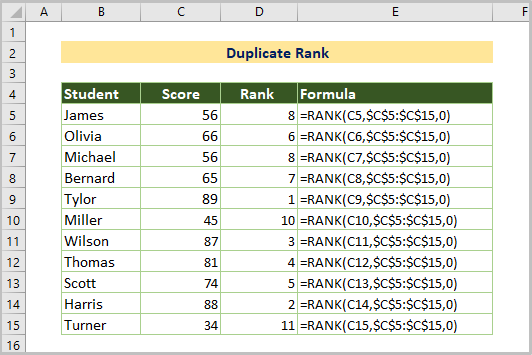 How can we solve the problem?

Here, the syntax COUNTIF($C$5:C5,C5) counts 2 for the second score (C7 in the dataset) of the two same scores. But the syntax counts 1 for all scores.

Later, after subtracting 1, we can easily get a unique rank. 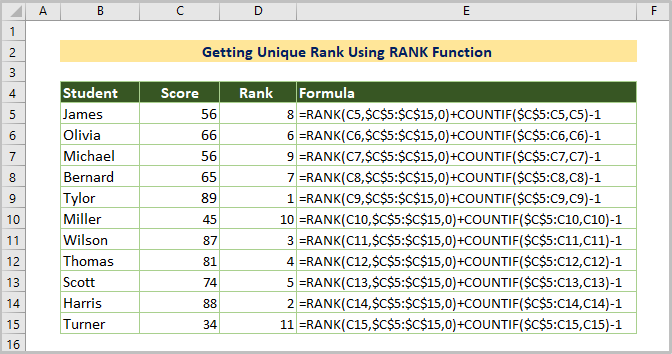 In certain cases, you cannot apply the previous method to get a unique rank.

Assuming that the number of time (in minutes) that students take to finish the exam are given.

If any student takes less time in an exam to finish, he or she will be ahead of the other who has the same score but takes more time.

Then the RANK(D5,$D$5:$D$15,1) sorts the time in ascending order (as less time is the criteria for a better rank) for the ties.

Later, we have to divide by 100 to get the output in decimal value. 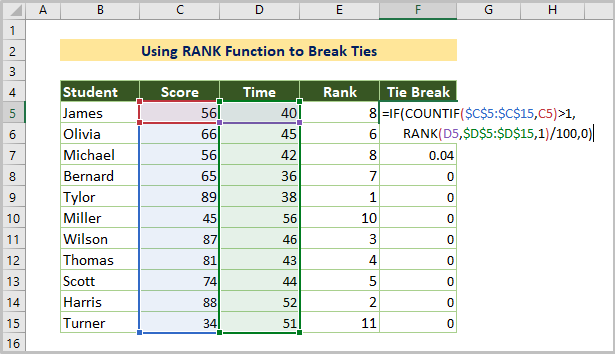 After entering the formula, you’ll get the following output. 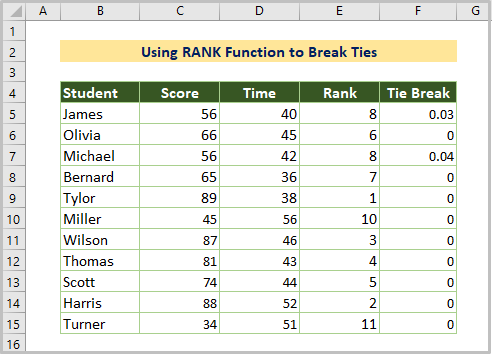 Lastly, we have to determine the final rank. For this, just sum the tied rank and tie break.

Now, see the following figure that shows James is ahead of Michael as James takes less time in the exam to finish. 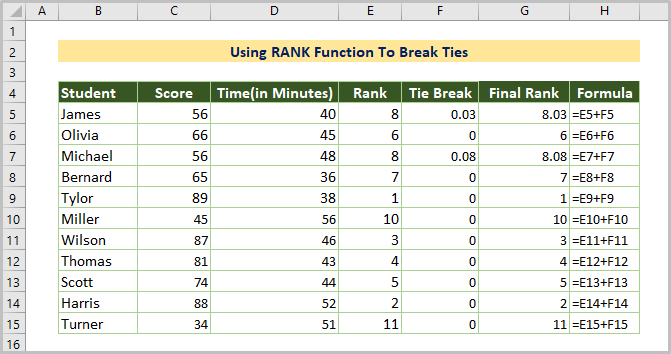 How to Replace Special Characters in Excel (6 Ways)

How to Count Rows with Formula in Excel (5 Quick Methods)

How to Link Two Sheets in Excel (3 Ways)

How to List Sheet Name in Excel (5 Methods + VBA)