How to Calculate/Find Mean and Standard Deviation in Excel

In statistics, standard deviation calculates a group of data by which you measure how the calculation is spread out from an expected or average value. It is defined as the square root of the dispersion or variance in a frequency distribution. The mean deviation is another measure of dispersion which is defined as the average absolute values of the differences between individual numbers and their arithmetic mean or median.

In one of my previous article, I discussed how the variance is calculated in Excel. Before reading this article you should read that article for getting a brief idea about this article.

The following picture shows how the mean deviation is calculated in Excel. 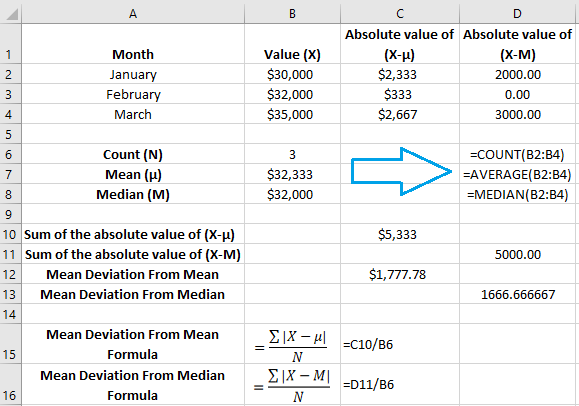 How to Calculate Standard Deviation In Excel with Formula

Here for both the equations, 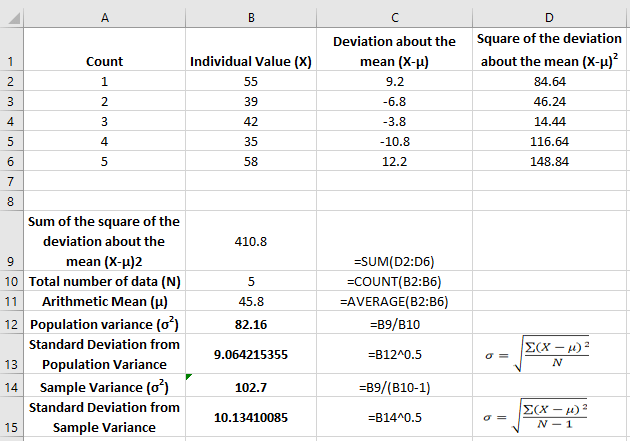 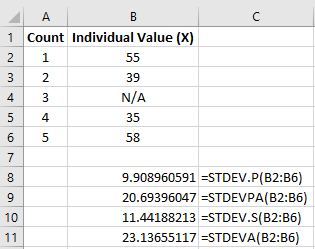 The other two functions available for calculating the standard deviation are STDEV and STDEVP. Both these functions are compatible with Excel 2007 and its earlier versions.

Standard and mean deviations are the basics of statistical analysis. In any kind of business modeling, they play a huge role. You can not compare your data without knowing the deviations.

In this article, I tried to explain and calculate the standard and mean deviations by using different built-in excel functions and formulas. While performing the formulas I had to calculate many other factors which took a lot of time. Excel ignores these factors by simply using the built-in functions.

The excel file where all these calculations were done is given below.

Hope this article may help you perform many different kinds of statistical analysis. Leave a comment below to let me know your feedback.

How to Use Scenario Manager in Excel [with Examples]