How to Resample Time Series in Excel (3 Examples)

Here, we have the following time series and the gap between time is 0.1, starting from 0 to 10. With respect to these time periods, we have kept records of the population of a species. We will use this dataset for most of the cases in the following examples to resample this time series. 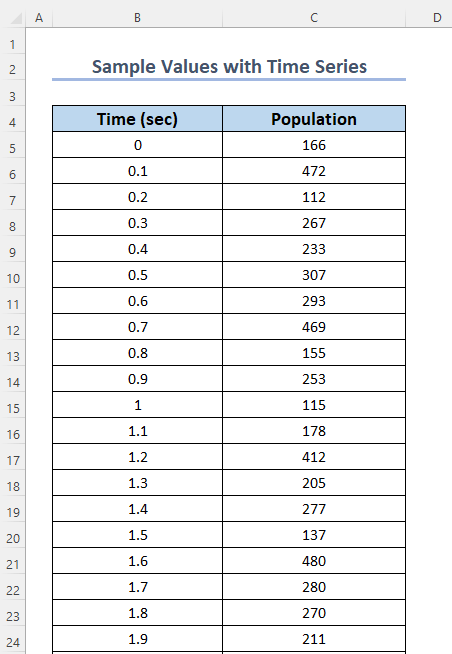 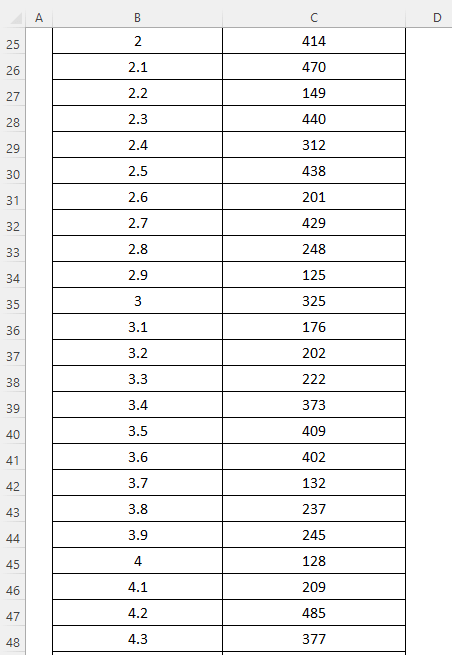 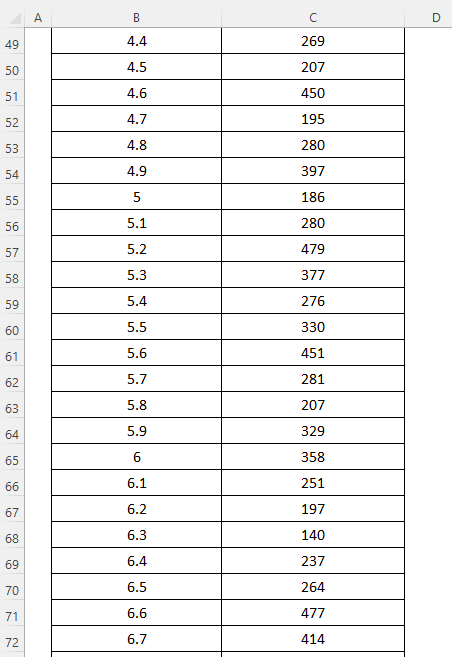 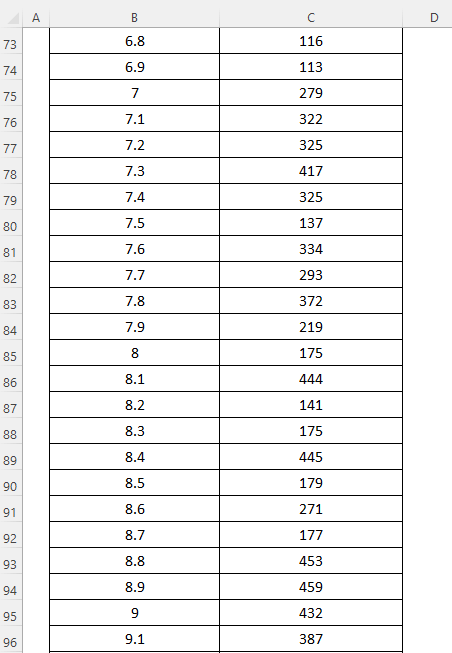 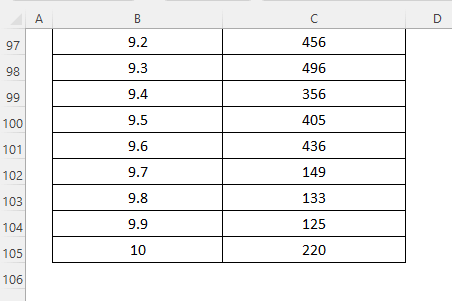 For creating this article, we have used Microsoft Excel 365 version. However, you can use any other version at your convenience. 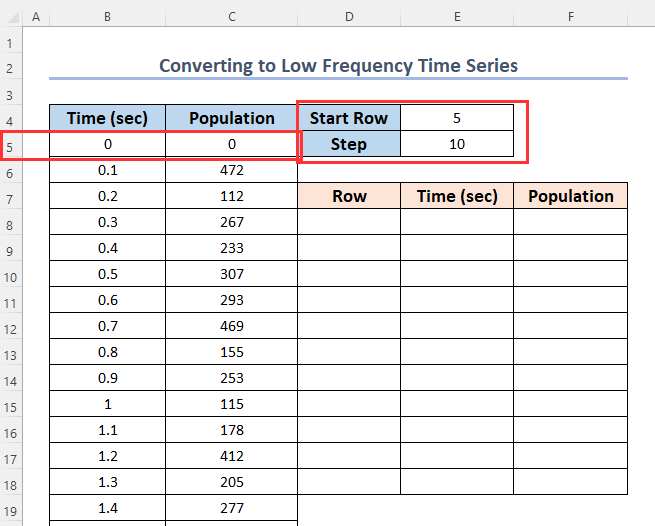 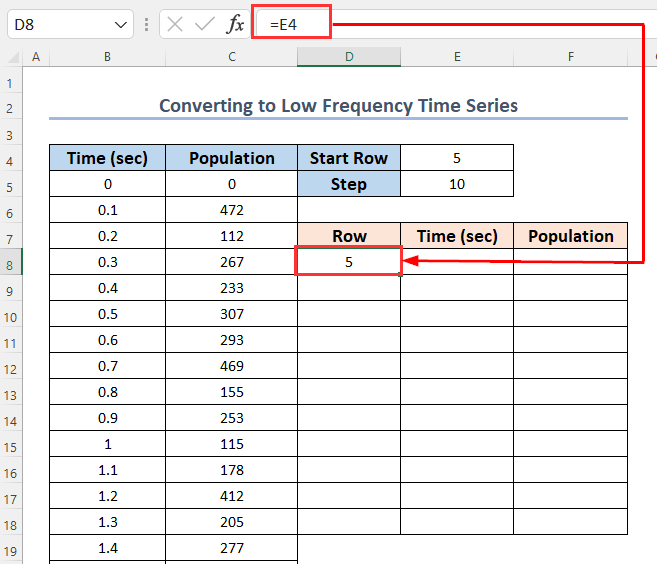 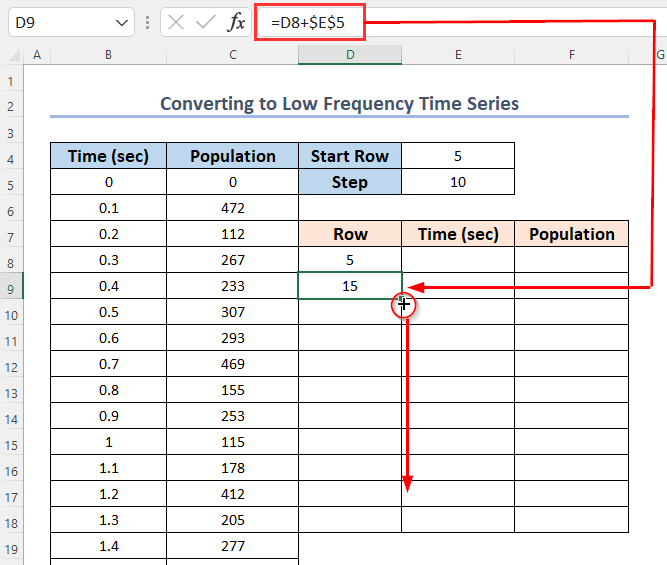 In this way, we gathered the row numbers from which we will extract the time series data and their corresponding population. 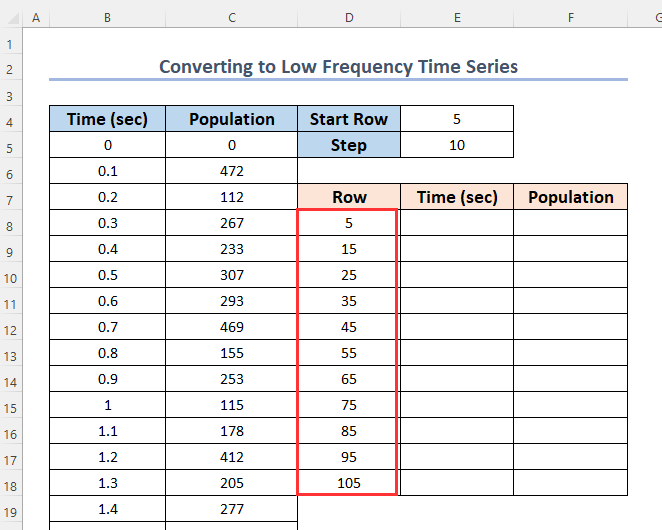 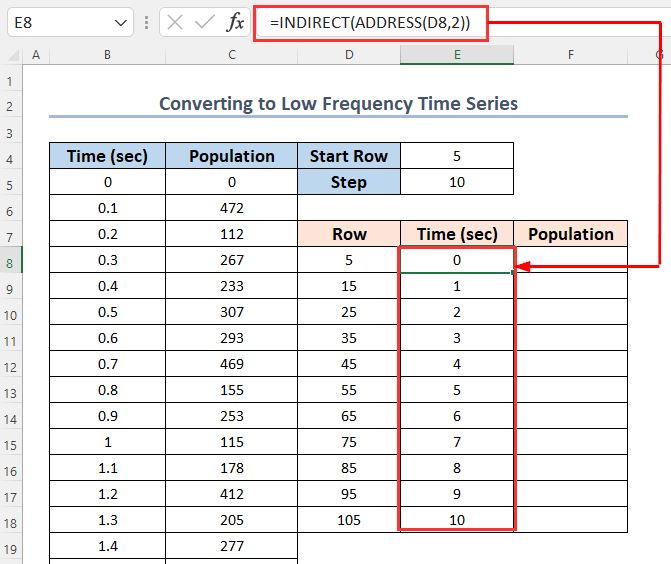 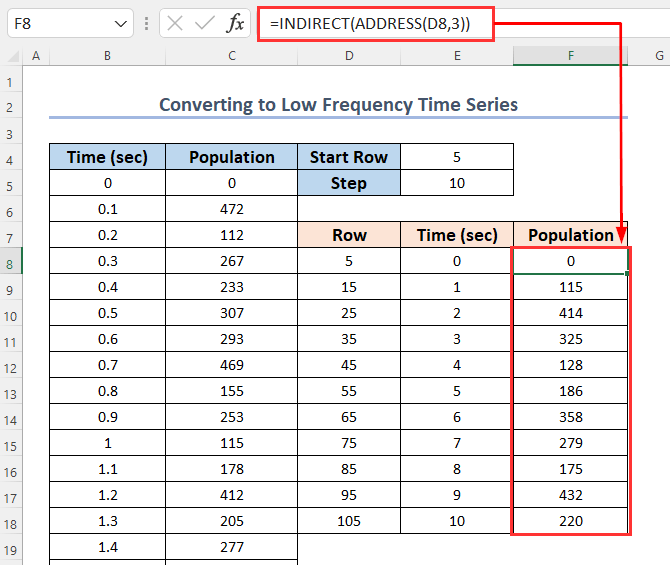 Example-2: Extracting a Sub-Sample from a Larger Sample Data to Resample Time Series

In the following time series data, we have starting time from 6:00 AM, and then the time period increases by 1 minute. 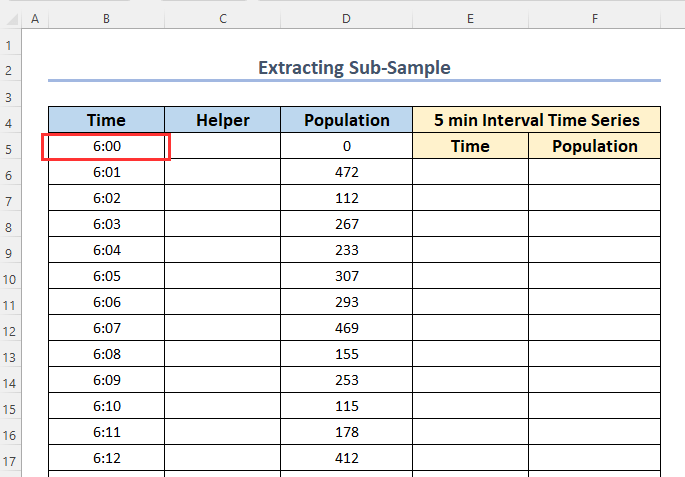 This sample data ends at 7:40 AM. We want to get a sub-sample of this data to resample this time series. To do this we will gather the values for time series with a time span of 5 minutes instead of 1 minute. To do this, we have added a Helper column. 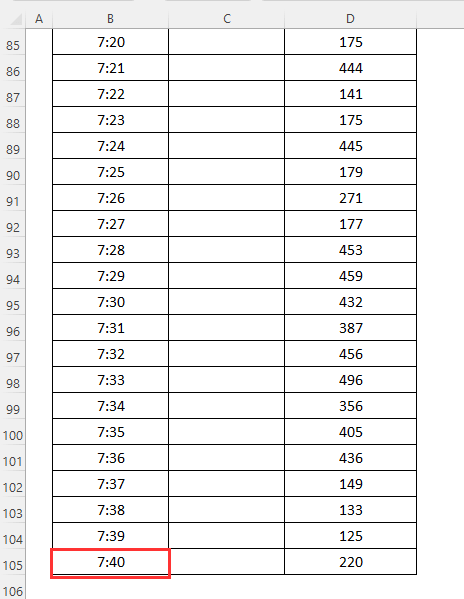 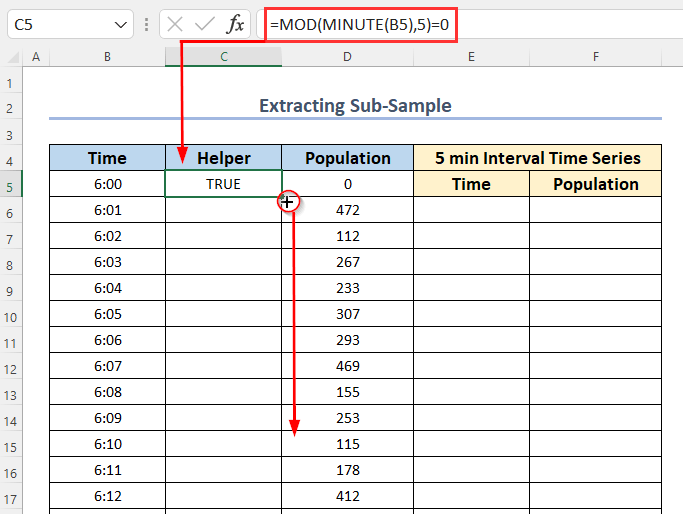 In return, we will get TRUE for time periods after every 5 minutes. 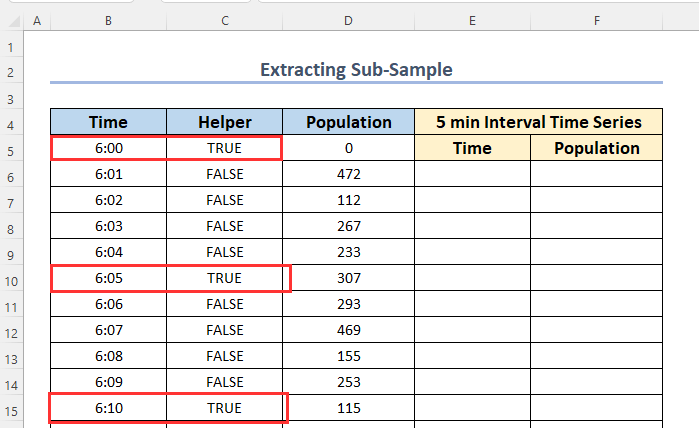 Now, we have to sort this data to gather the time periods having a TRUE value in the Helper column. 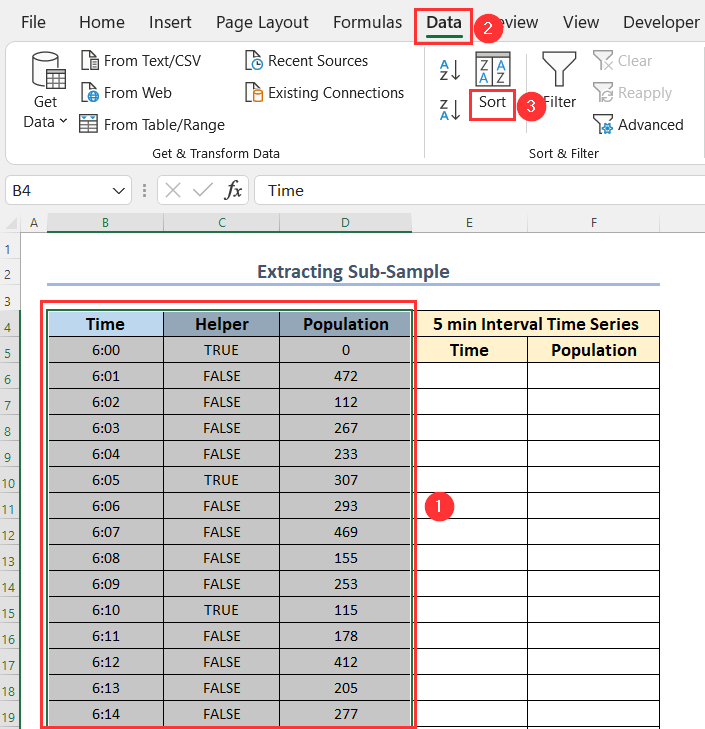 In this way, we have gathered all of the time periods with a gap of 5 minutes between each other. 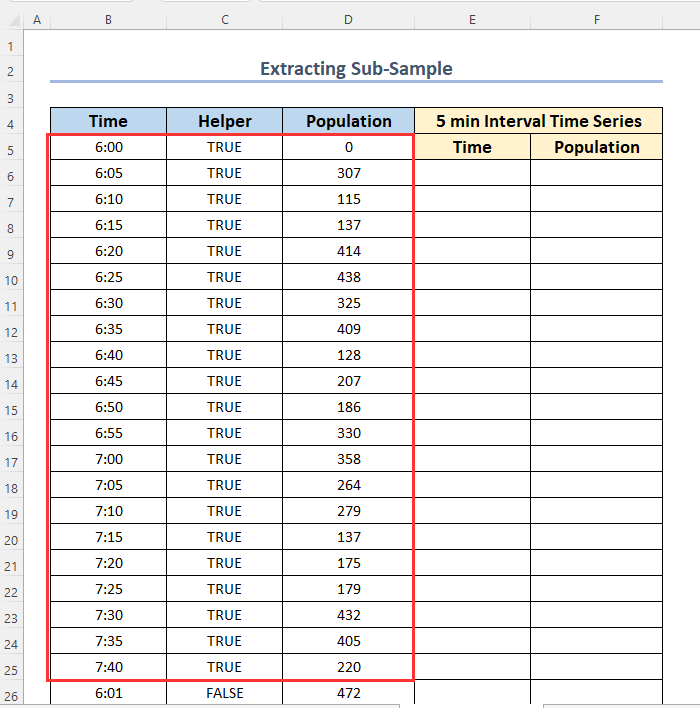 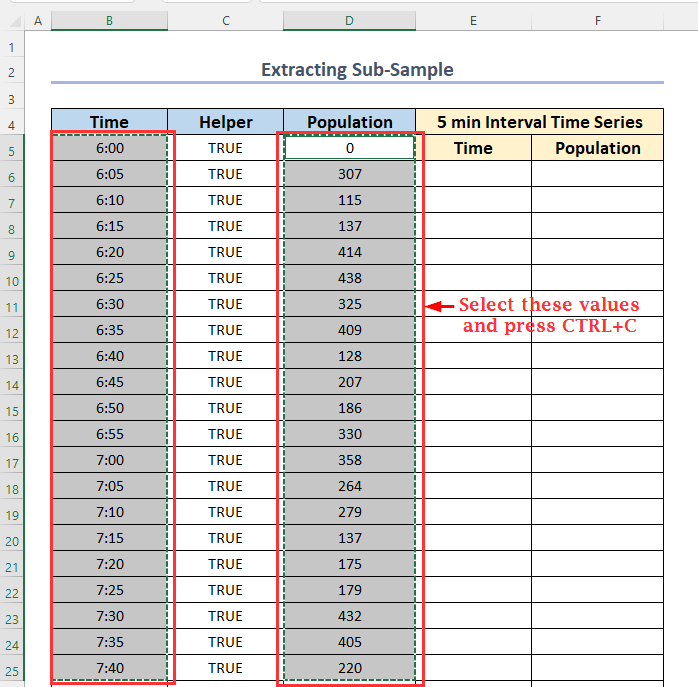 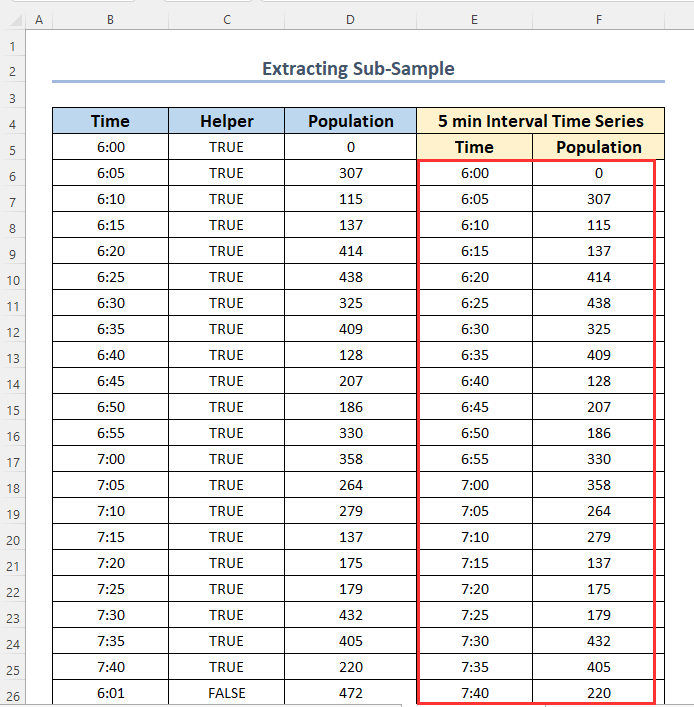 Here, we will resample the following time series data where we have population values starting at 0 sec and ending at 10 sec with a step of 0.1 sec between each time period. The resampled data will be gathered in the table beside this time series data. For resampling, we have to interpolate as the values are missing for these time periods. For doing the interpolation, we will be using the FORECAST.ETS function. 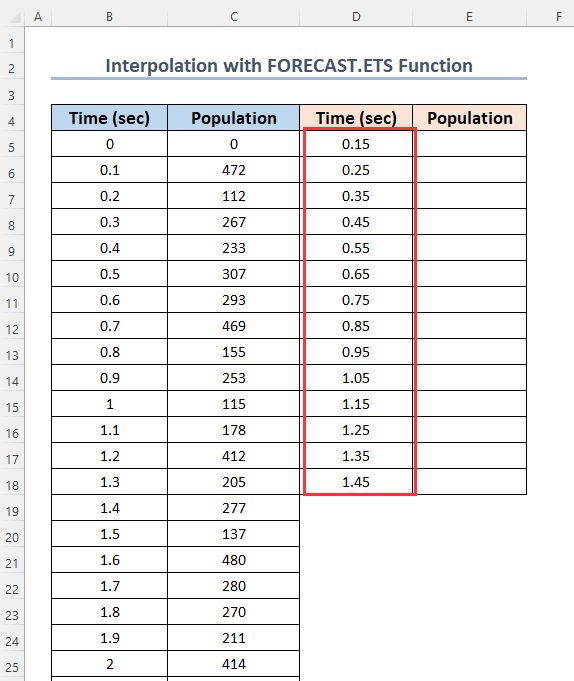 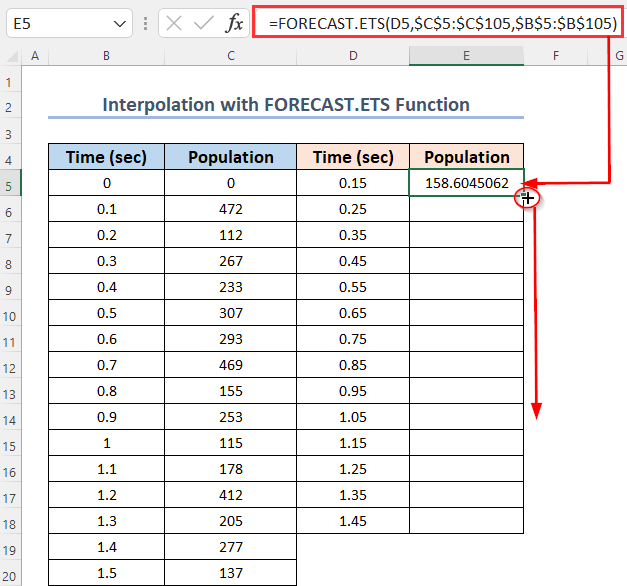 In this way, we have completed the interpolation to create the new resampled time series data. 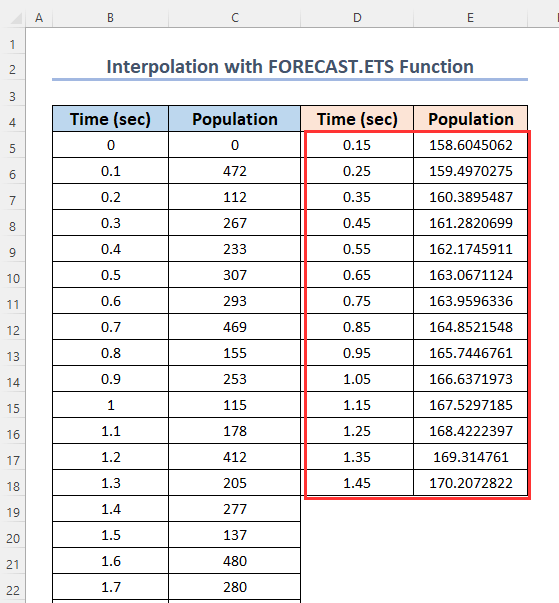 To practice by yourself, we have created a Practice section on the right side of each sheet. 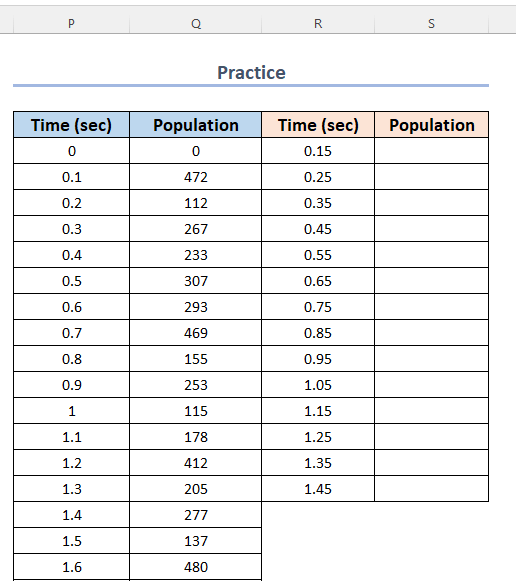 In this article, we have discussed different ways to resample time series data in Excel. Hope these methods will help you a lot. If you have any further queries, then leave a comment below.

Hello everyone, This is Tanjima Hossain. I have completed my graduation from BUET. Then I have started working as a technical writer in SOFTEKO. I have grown interest in technical content writing, research topics, numerical analysis related field and so I am here. Besides this I love to interact with different people and I love to spend my spare time by reading, gardening ,cooking etc.