Nested Formula with AVERAGE and ROUND Functions in Excel

Nested Formula with ROUND and AVERAGE Functions.xlsx 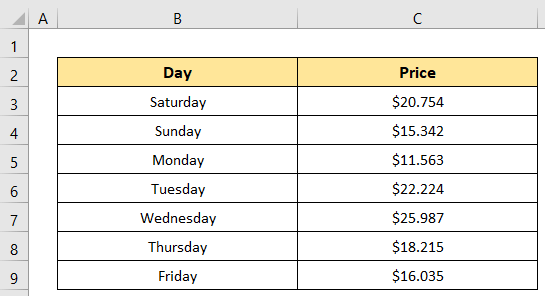 1. Using ROUND and AVERAGE Functions for a Nested Formula

First, we’ll nest a formula using the ROUND and AVERAGE functions to get a rounded average value. The ROUND function will round a decimal value according to the general mathematical rounding method. We can do it in the following two ways.

Find Average First Then Round

First, we can find the average value and then can round it. So we’ll have to use the AVERAGE function in the ROUND function as a nested formula. Here also we’ll keep two digits after the decimal.

And see, we have got the same output as the previous method. 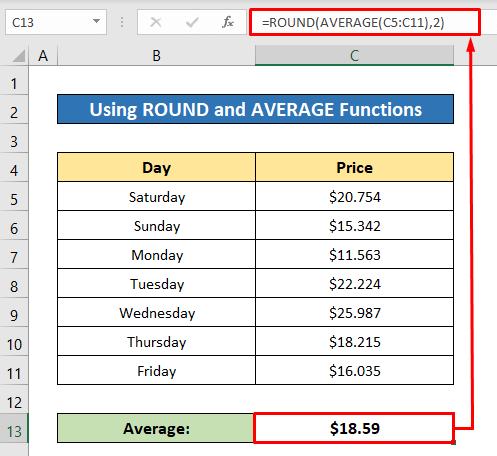 Round First Then Find Average

If we round every value first and then find the average for them that will give us the same output too. For that, I have added a new column- D to round the values. 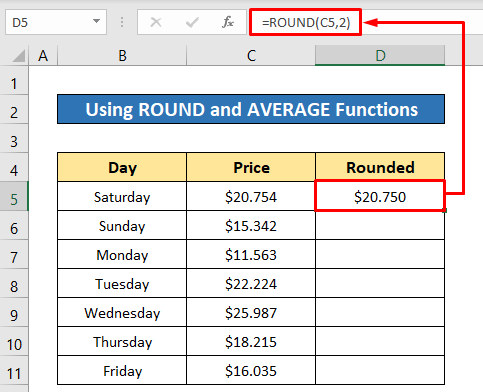 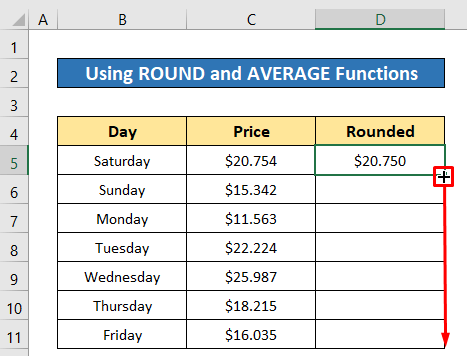 All the values are now rounded with two digits after the decimal. Let’s find the average now. 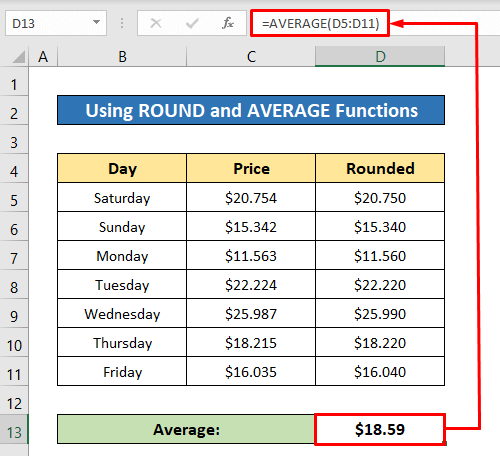 Read More: How to Use Nested IF Else in Excel Formula (4 Suitable Ways)

2. Applying ROUNDDOWN and AVERAGE Functions to Nest a Formula

Previously, we saw that the ROUND function works according to the standard mathematical method. But if we use the ROUNDDOWN function then it will round down a number to a specific number of digits. 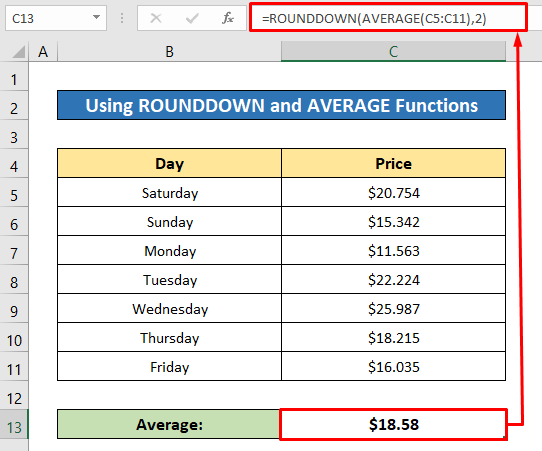 3. ROUNDUP and AVERAGE Functions for a Nested Formula

The ROUNDUP function will do vice versa- it will round up a value to the specified digit. 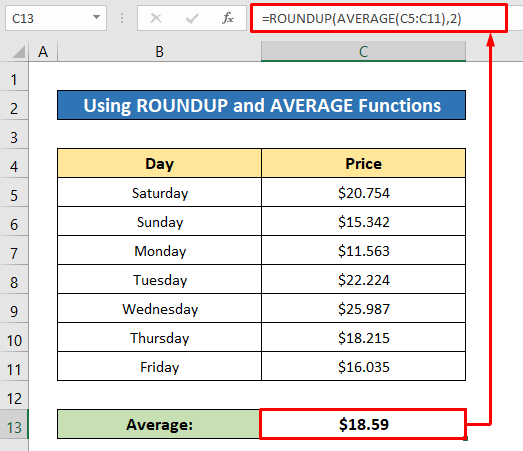 Read More: How to Use Nested IF and SUM Formula in Excel (2 Easy Methods)

An Alternative to Nested AVERAGE and ROUND Formula

In the previous methods, we performed our task only using functions. Here, we’ll learn an alternative method where we’ll apply the Decimal command to round a formula with the AVERAGE function. It will change the digits after the decimal and then automatically the formula will be rounded. Compared to the previous methods, It’s pretty faster. First, we’ll find the average and then will apply the tool. 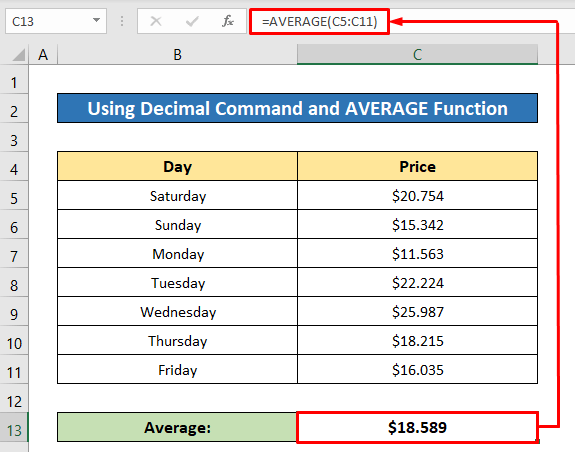 Look that, the output has three digits after the decimal, let’s make it 2 by using the Decimal command. 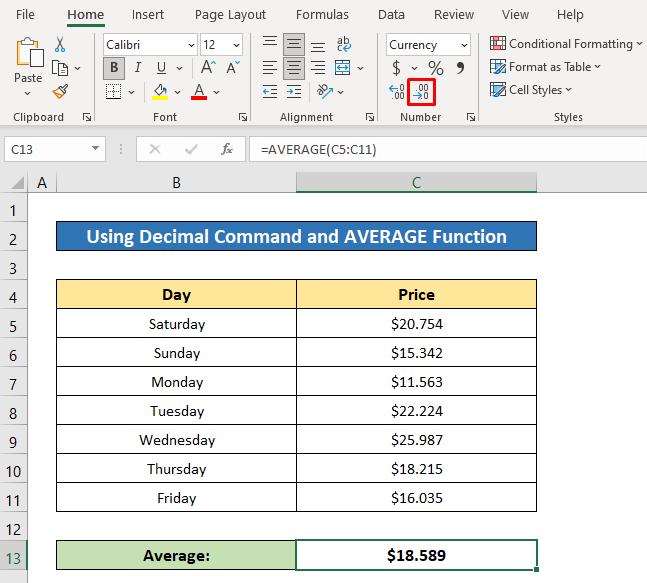 Now see, there are two digits after the decimal and it’s rounded too. 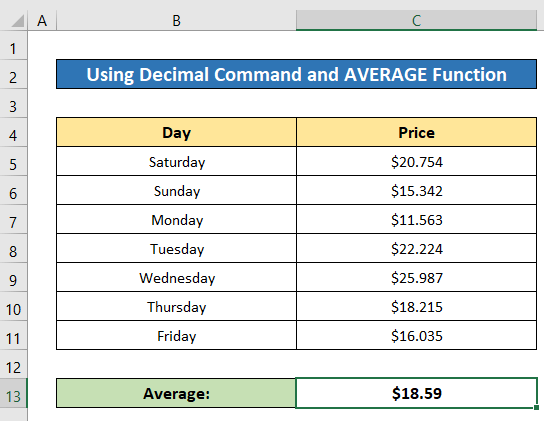 I hope the procedures described above will be good enough to nest a formula with ROUND and AVERAGE functions in Excel. Feel free to ask any question in the comment section and please give me feedback. Visit ExcelDemy to explore more.