What is a Mixed Cell Reference?

The Dollar ($) sign has been used before both row number and column number to lock both row and column references throughout the whole column. This is called Absolute cell reference.

A Relative cell reference is to address the reference of a cell to another cell. For example, you can observe the pictures below.

Now, we have pictured a brief idea of relative and absolute cell references. In this stage, we will focus on our main topic, the Mixed cell reference. We will describe the idea with three examples.

Read more: Difference Between Absolute and Relative Reference in Excel

The dataset contains the calculations of current and power utilizing the given values of voltages and resistances. The dataset is shown below.

Assuming that we need to lock either row or column, or both, the mixed cell reference is a way of doing this.

Let’s show the examples one by one.

Let us consider that from the given dataset we want to calculate power values for the same voltage value. In that case, we need to lock the row for a specific column. This can be done by using the dollar ($) sign before the row number.

The result is shown below.

Here, the voltage and current values are taken from the Dataset worksheet, from cells B4 and D4. We can see that the row value is constant, that is the row (4) is locked from column B. Using Fill Handle the rest of the values of the column can be easily found without changing the row throughout the column. 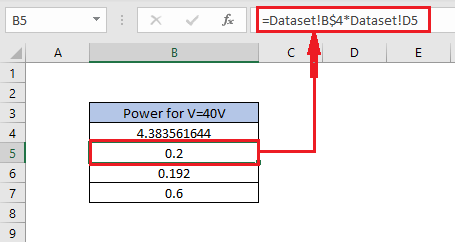 Here, the row is locked from column B of the worksheet Dataset. Notice how the rows of column D are incrementing as per usual since it is not locked.

Besides, we might need to do calculations where the column should be locked. This can be done by using the dollar ($) sign before the column number. Let’s observe the pictures below.

Here, using relative cell reference, the auto-filled cell is showing a different value since the column is not locked. This is not desired since the calculation should give the same result for both columns.

3. Mixed Cell Reference for Locking Both Column and Row

In some situations, you might need to lock both rows and columns for a different set of data in the same formula. This can be done by combining both the above examples. This will lock both the row and column but not for the same data. Let’s have a look into it. 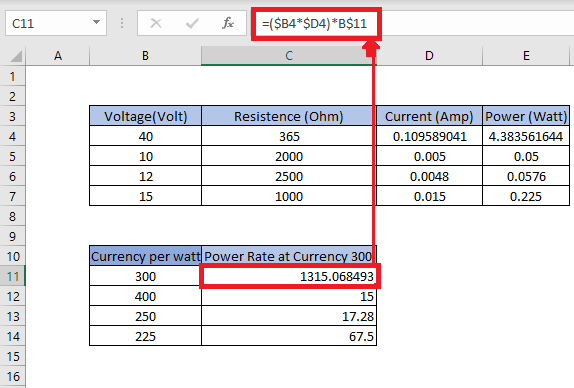 Here we can see that the column has been fixed for referencing current and voltage columns specifically. The currency is kept fixed by locking the row for that particular value of the currency. 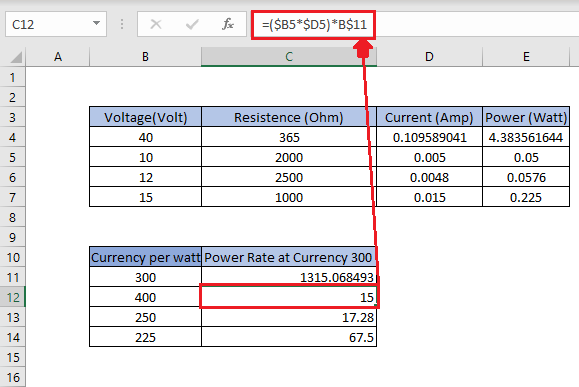 You can notice that the rows and columns are locked as needed in the next row also and so forth.

i. The dollar ($) sign is used before the row or column number, and even both, to lock them according to requirements in Excel.

ii. Keyboard shortcuts are also available for changing one cell reference type to another one. “F4” is the key which-

How to Protect Excel Workbook from Editing (5 Effective Methods)

How to Remove Decimals without Rounding in Excel (4 Suitable Ways)