Difference Between Absolute and Relative Reference in Excel

In Excel, there are mainly two types of references: Relative and Absolute (although there is another reference called mixed reference). In this article, we will discuss the difference between absolute and relative references.

To demonstrate it in a more understandable manner I am using a sample datasheet. There are 4 columns which are Employee Name, Base Salary, Transport Fee, Provident Fund Rate, and Provident Fund. 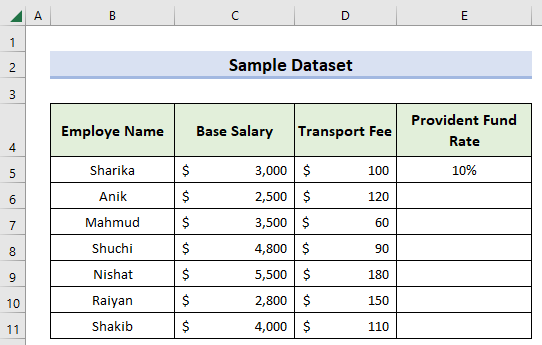 Difference Between Absolute and Relative References.xlsx

What Is Relative Reference in Excel?

In Excel, columns are represented Alphabetically, and rows Numerically. To reference the first cell, you can use A1 where A is the column and 1 is the row.

In Excel, a cell reference is a Relative reference. A cell can be referenced just by specifying the row and the column value. Relative references adjust and change themselves automatically when a formula is copied to another cell or while using AutoFill.

What Is Absolute Reference in Excel?

Absolute reference is a fixed reference in a formula. It will only refer to the specific row and columns. It won’t change when the formula is copied to another cell or while using Fill Handle. By using the Dollar Sign ($) you can make any cell an absolute.

3 Differences Between Relative and Absolute References in Excel

First, we need to know what Relative and Absolute reference is. Then we can discuss the differences.

1. Application of Relative and Absolute References in Excel

Read More: How to Keep a Cell Fixed in Excel Formula (4 Easy Ways)

2. Use of Relative and Absolute References in Excel Formulas

Use of Relative Reference in Formulas: 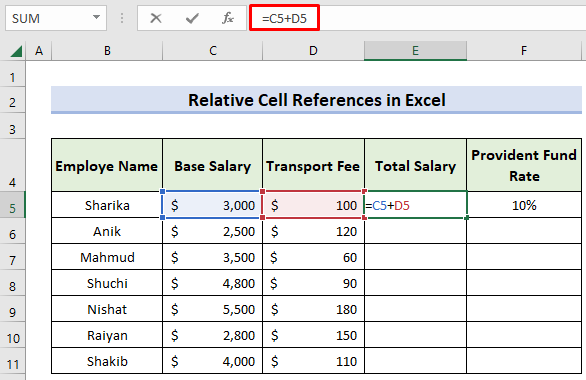 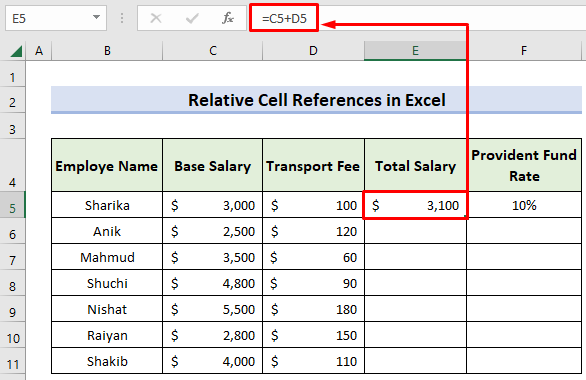 Read More: How to Use Cell References in Excel Formula (All Possible Ways)

Use of Absolute Reference in Formulas: 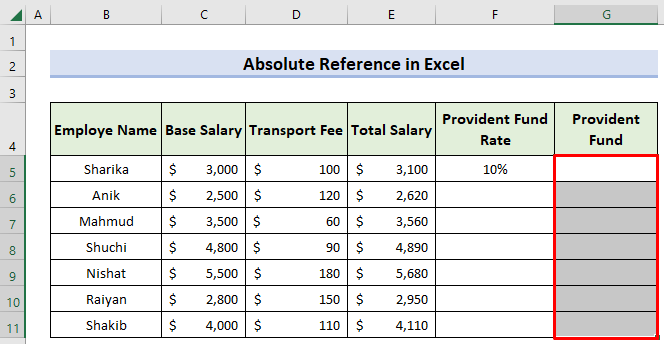 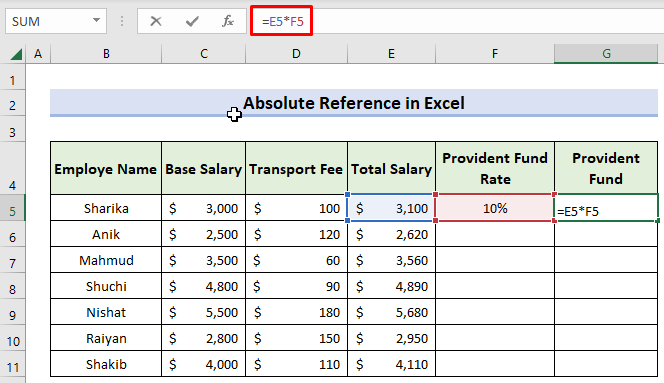 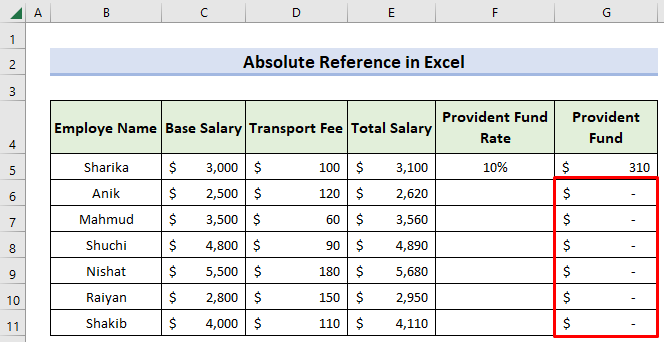 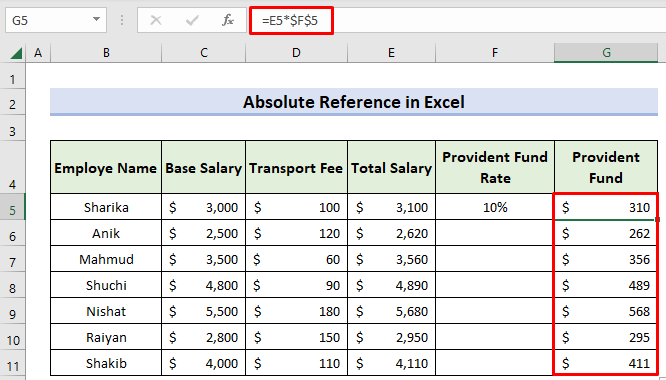 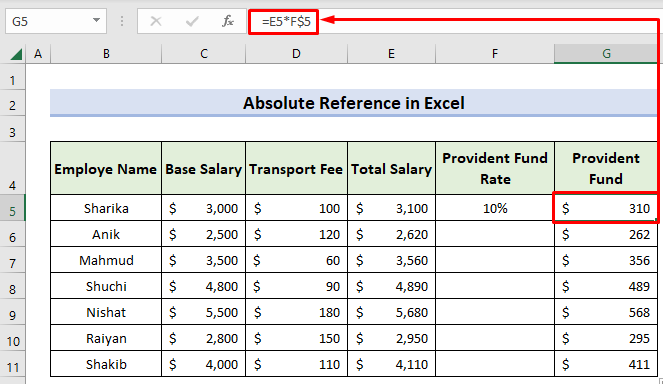 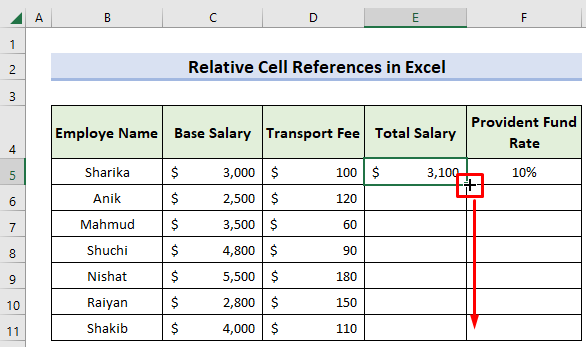 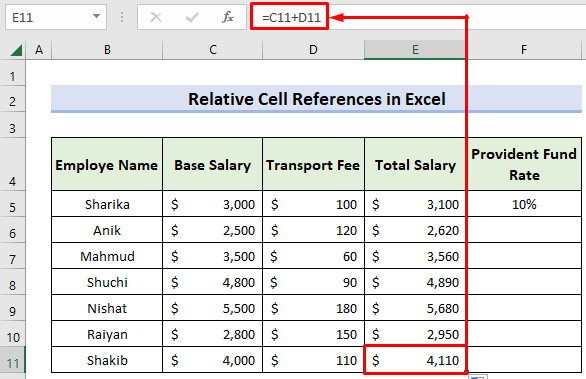 When you use absolute reference for a cell, copying formula cannot make any corresponding changes in the copied cell. The cells will supply a fixed value in the new locations too.

What’s the Key Difference Between Absolute Reference and Relative Reference in Excel?

You might have understood the key difference between the two references. Again, just to clarify you, we will mention it here. 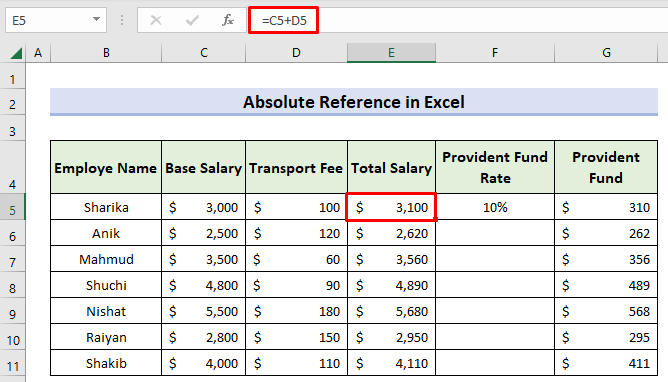 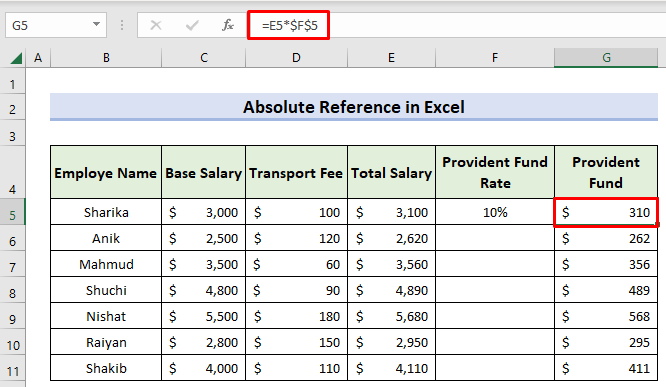 Read More: Relative and Absolute Cell Address in the Spreadsheet

How to Switch Between Relative and Absolute Reference in Excel

By using the F4 key on the keyboard we can place a Dollar Sign ($) in front of rows and columns.

By removing the Dollar Sign ($) from an absolute reference we can make it a relative reference.

We discussed the difference between absolute reference and relative reference in Excel in this article. However, if you’re still having trouble with any of these methods, let us know in the comments. Our team is ready to answer all of your questions. For any excel-related problems, you can visit our website Exceldemy for solutions.

Hello! Welcome to my Profile. I am Shamima Sultana Rita. Currently, I am working and doing research on Microsoft Excel and here I will be posting articles related to this. My last educational degree was BSc and my program was Computer Science and Engineering from East West University-Bangladesh. I am a Computer Science graduate with a great interest in research and development. I love to learn new things. Data Analysis is one of my favorite fields as I love to extract patterns based on problems. Here, I'm trying to provide enriched quality content regarding Excel basics to Advanced. Always try to gather knowledge from various sources and try to make innovative solutions.