How to Calculate Vector Multiplication in Excel (2 Useful Examples)

Vector quantity is something that represents both the magnitudes and direction. We can multiply two vector quantities in two ways.

Dot product returns the multiplication between a vector’s magnitude and the scalar projection of another vector in the direction of the first vector. It doesn’t give us any direction. So, dot product results in scalar output. That’s why it is also called scalar multiplication.

Their dot product will be

Cross product between two vectors gives direction along with magnitude. The magnitude of cross product means the area of a parallelogram which is created by those two vectors. It is also known as vector multiplication.

The formula for cross multiplication will be

2 Examples for Vector Multiplication in Excel

We need two vector values and then have to find the value of a1b1+a2b2+a3b3. 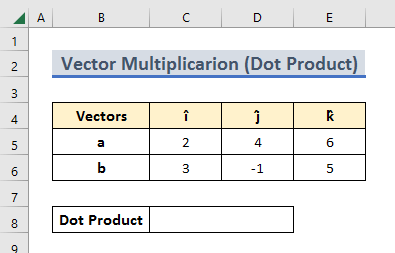 This formula returns the value of dot product of two vectors where the values in column C, D and E represent the coefficients of those two vectors. 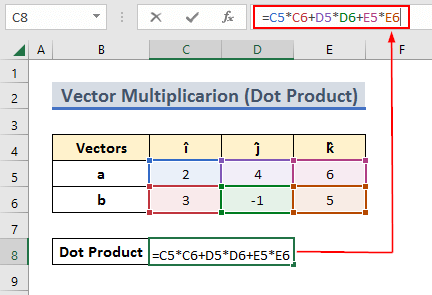 So, you will get the value of dot multiplication in C8 which is 32. 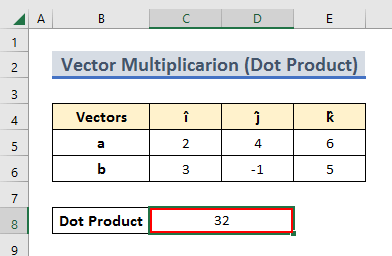 For this multiplication, we have to include the unit vectors î, ĵ and K̂. We can use the CONCATENATE function for this purpose.

We have taken the same a and b vectors for our cross product. 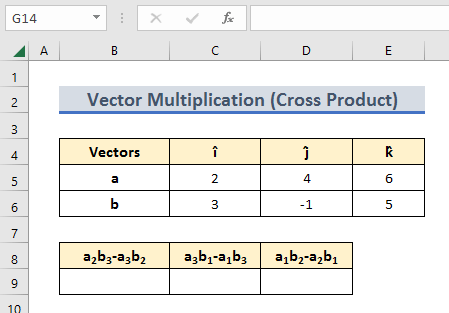 This formula gives the value of coefficient (a2b3-a3b2) where the column D and E represent the coefficients of two vectors. 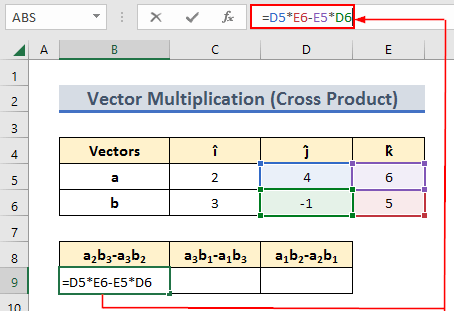 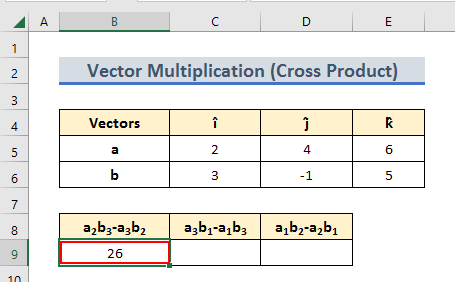 The formula returns the value of coefficient (a3b1-a1b3) where column C and E represent the coefficients of two vectors. 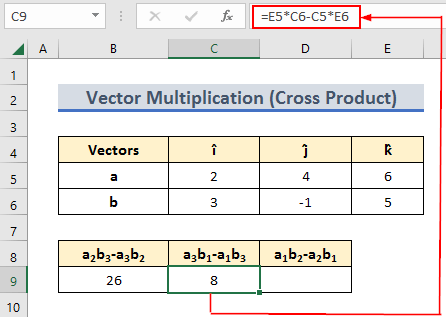 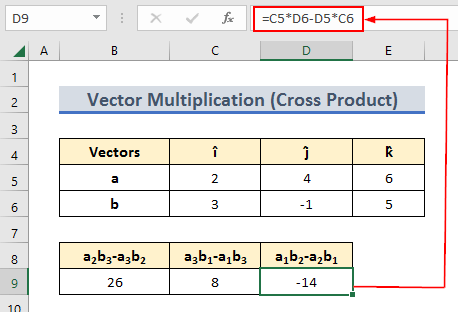 And, now we are ready for the last bit.

The formula joins texts from two different cells and then adds these joined texts together. 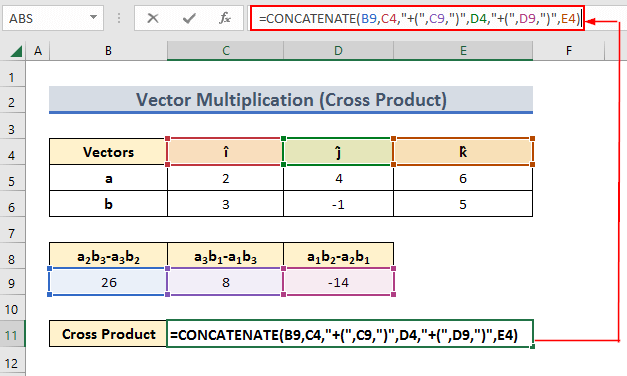 Thereby, we have got the result for cross multiplication. 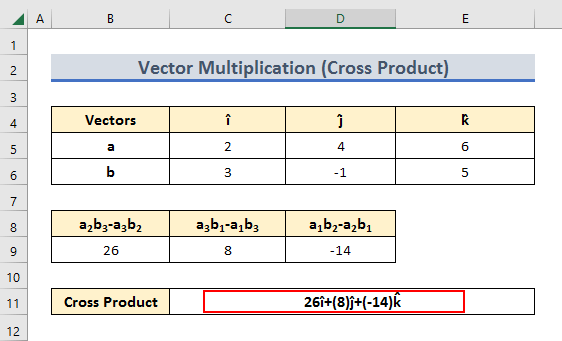 How to Create Vector Multiplication Calculator in Excel

You can download the practice workbook and there is this vector multiplication calculator. You have to insert the coefficient of vectors and this calculator will give you the value for both dot and cross product. 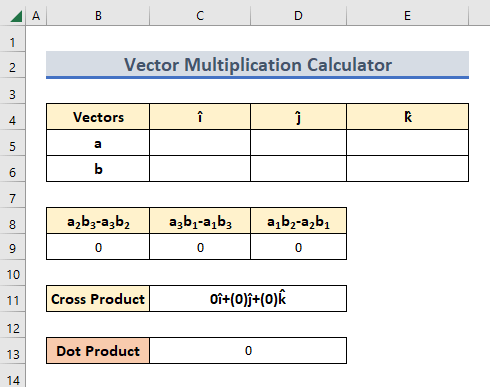 Thank you for making it this far. We have shown you two types of vector multiplication in Excel. We hope you find the content of this article useful. If there are further queries or suggestions feel free to mention them in the comment section. Have a nice day.

Bio: Hi, I am Sourav Kundu. I live in Adabor, Dhaka. I graduated in Naval Architecture and Marine Engineering from BUET. I am really excited to be a part of SOFTEKO family. I want to develop my research skill and find innovative solutions for the given problems.