How to Display Power in Excel (6 ways)

In Excel, we can easily calculate the value of different power/exponent of different base values. But they are often not shown in the traditional power/exponential format that we are used to seeing in doc files. They show the value of those exponents directly on the cell. But for presentation purposes, users sometimes need to demonstrate the real source or reason behind that data. For this, we need to show the exponentials of different variables in Excel. To help on this issue, 5 separate easy and time-saving methods discuss by which you will be able to display power in Excel efficiently.

6 Ways to Display Power in Excel

To demonstrate how to format the phone number with dashes, we are going to use the following spreadsheet random numbers in the Base Number column and which power they are going to be raised is shown in the Power column. The result or the display of the power using the various methods will be shown in Number Raised to Power. And the numerical result of those raising power is shown in the Result Column. 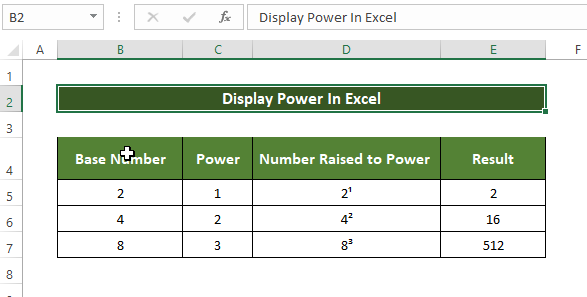 Read More: How to Enter Scientific Notation in Excel (4 Methods)

1. Show Power in Excel with Formula

After following this procedure, you will see that all the values in Cell B5 to Cell B7 are raised to the power mentioned in Cell C5 to Cell C7 correspondingly.

In this process, the numbers are transformed into a Custom format. 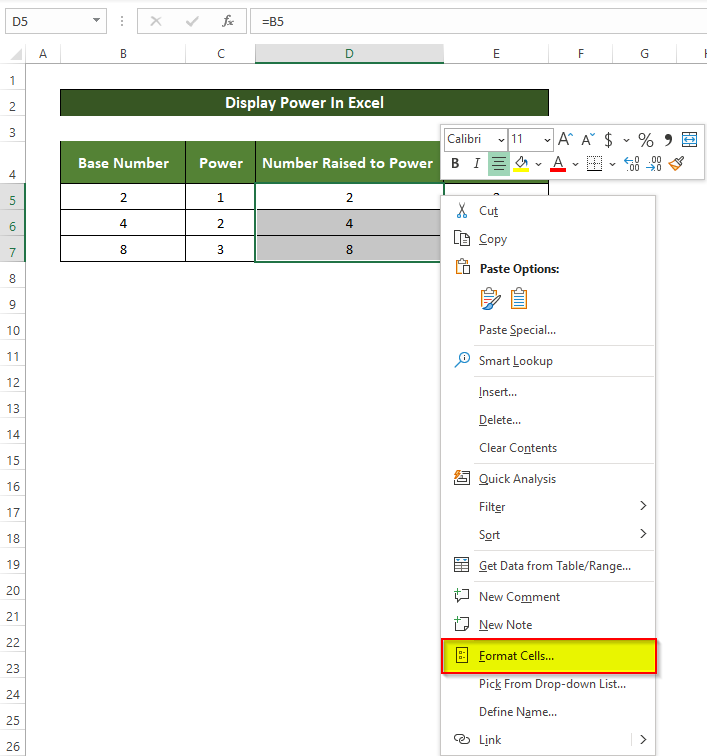 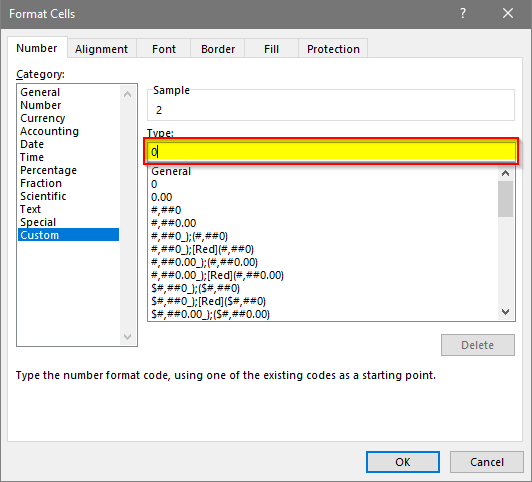 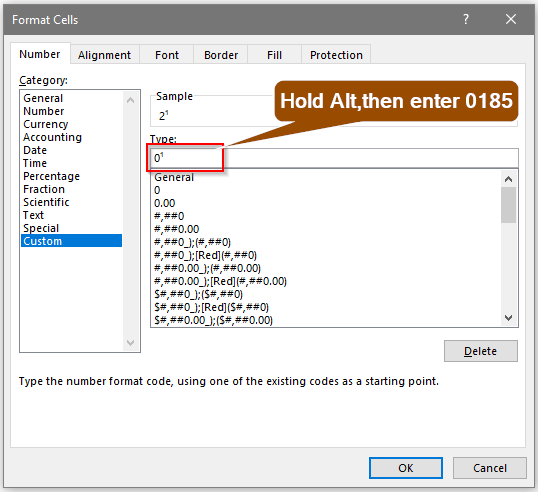 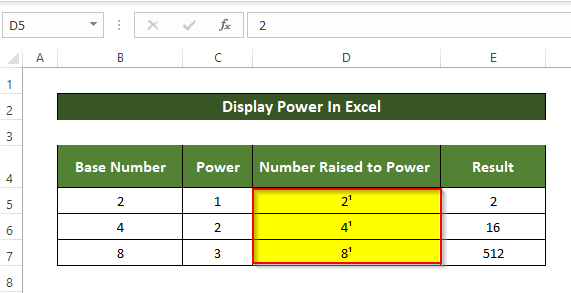 In this method, you are going to raise numbers to power using simple Excel shortcuts. 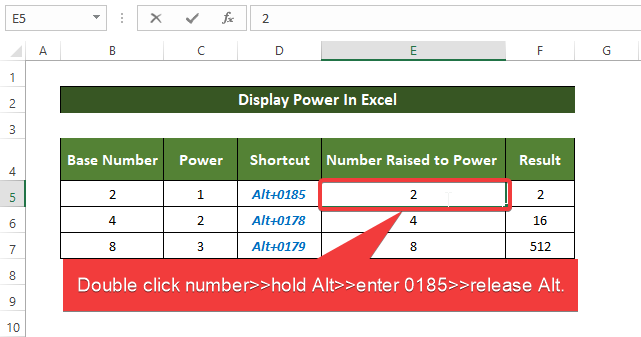 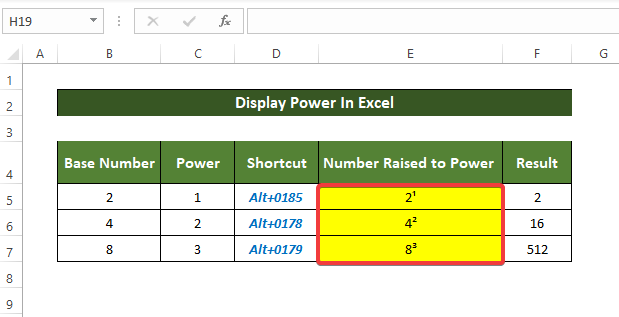 1. This method works only for Calibri and Ariel font. For other fonts, Character Codes might be different. So better avoid it if you are using other fonts.

2. After performing the shortcuts, these cell values are converted into Numeric strings, which means you can’t perform calculations with them.

In this method, we are going to use the equation option from the Symbols command. 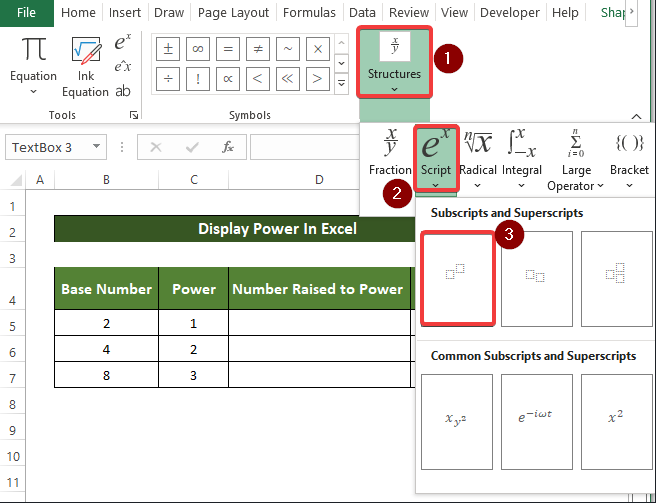 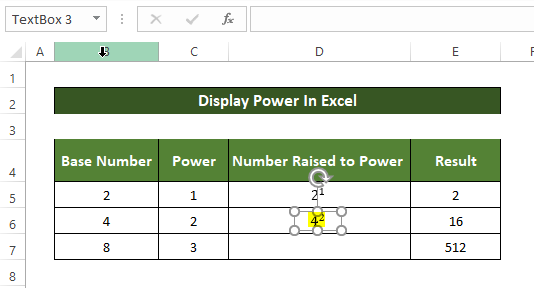 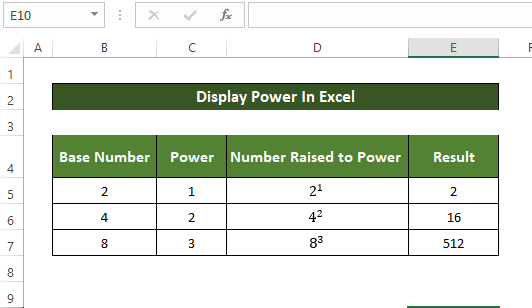 Note: This method enters the value raised in power just as an Excel object, not a Cell input actually. So basically you can just display the value, but can’t use that value for referencing actually. so for the referencing and calculation work, avoid this method.

In this process, Superscript Function can use to display the power of the numbers. 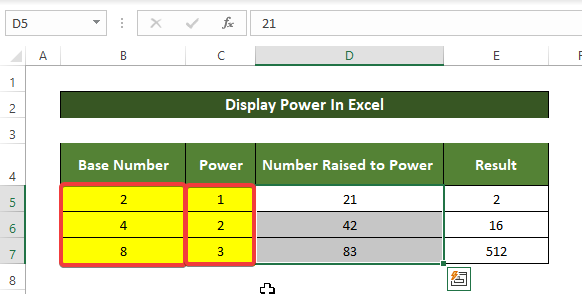 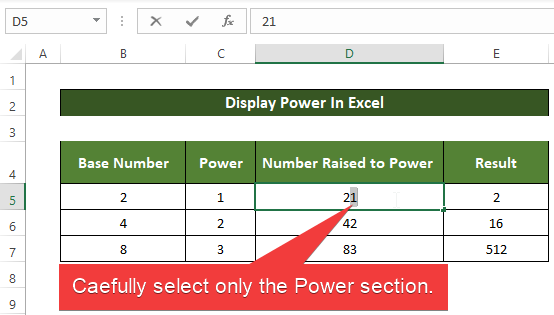 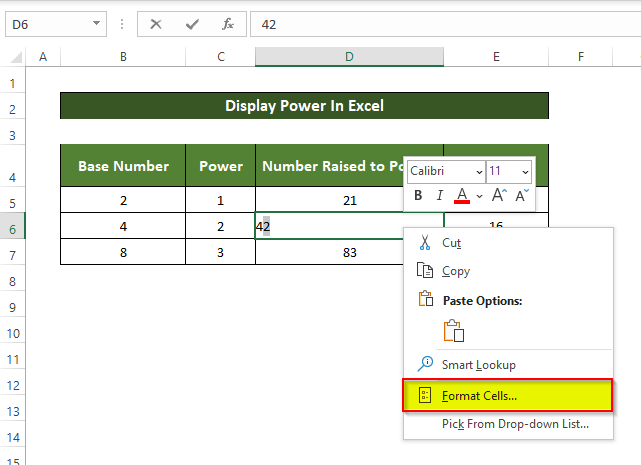 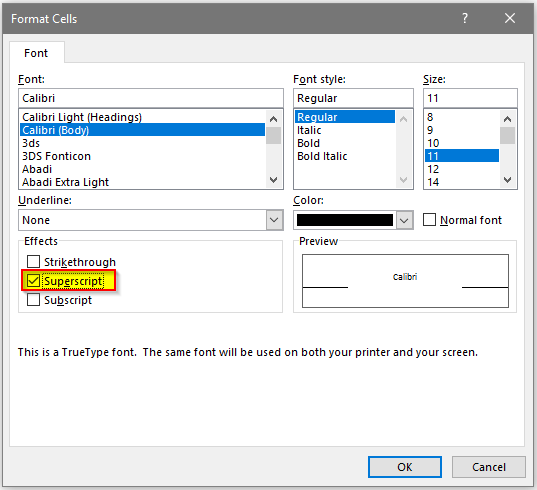 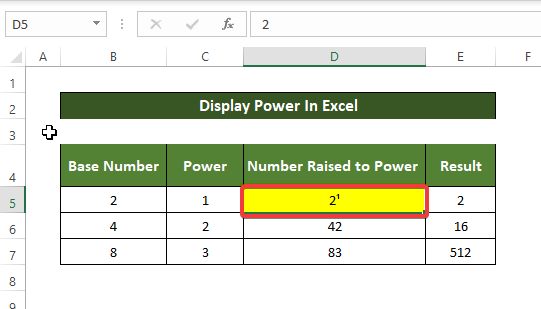 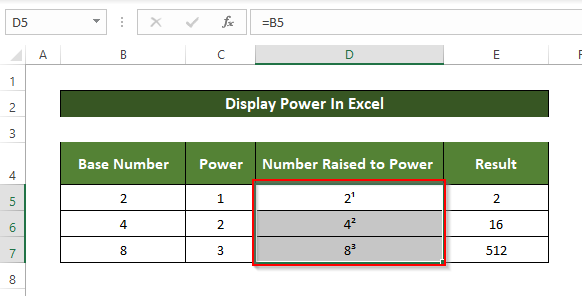 A simple code in the VBA macro can easily solve the task. Utilizing macros is quite hassle-free and time-saving. 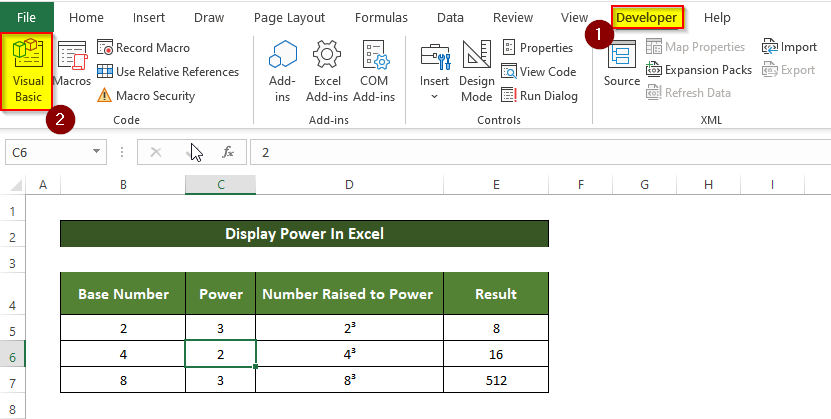 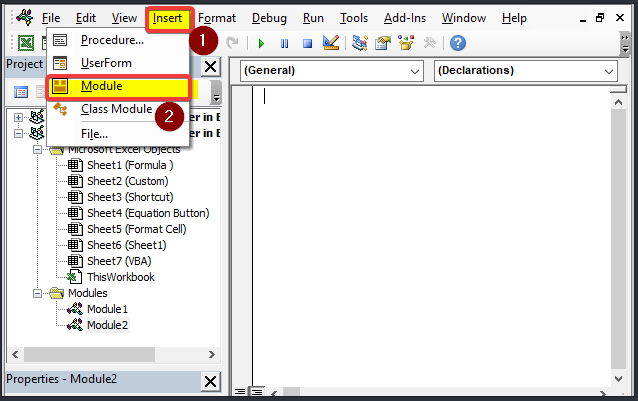 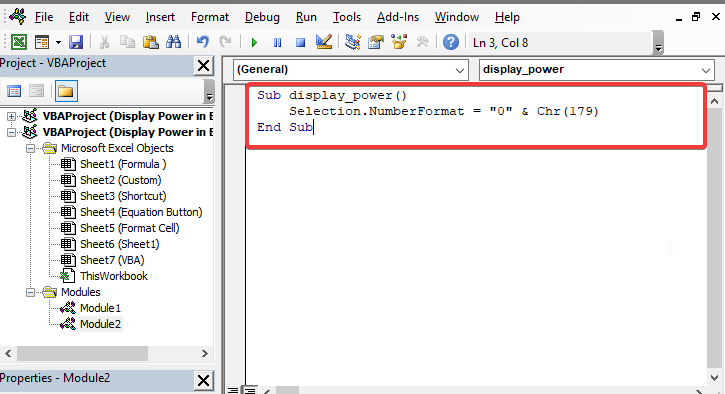 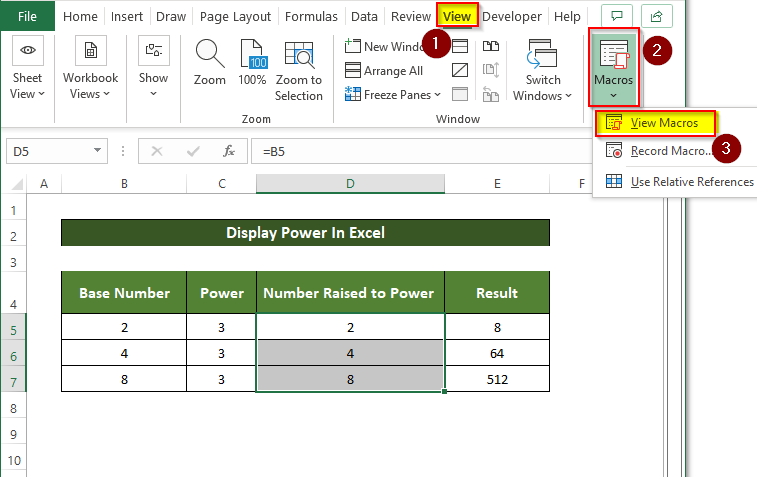 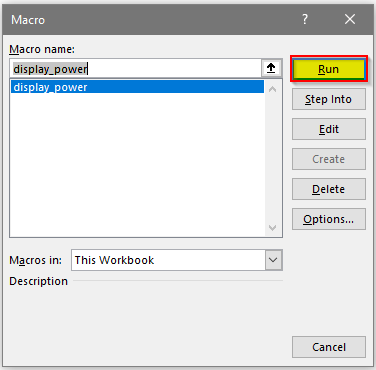 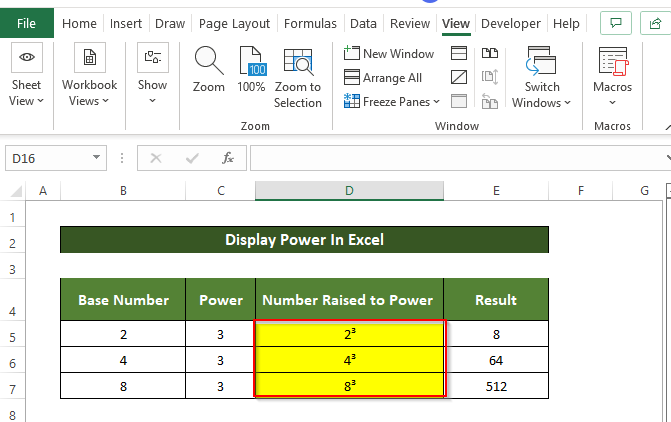 You can use these numbers for other references and calculations also.

Read More: How to Set Scientific Notation to Powers of 3 in Excel (2 Methods)

To sum it up, the question “how we can display power in Excel“ can be answered in six principal ways. Among those methods, method 1 to 3 is restricted to only power 1 to 3. That means you can’t raise numbers above 3. But methods no 4 and 5 are quite flexible and allow users to raise their number to whatever power they need to raise. And at last, the power of the numbers raises utilizing a VBA macro. This method is the most time-saving and simplest one.

A workbook containing a dataset with all the methods done is available for download for practice. Feel free to ask any questions or feedback through the comment section. Any suggestion for the betterment of the ExcelDemy community will be highly appreciable

Hi, I am Rubayed Razib Suprov. Graduated from the Bangladesh University of Engineering Technology in Naval Architecture and Marine Engineering department. I joined Exceldemy on March 2022. I have a keen interest in both fluid dynamics and data analysis. I try to teach people what I learned so far about the Excel tool to date, and hope I can make some positive impacts.