How to Remove Scientific Notation in Excel (4 Quick Ways)

What is Scientific Notation?

A special way of writing very small and very large numbers in a shorthand method is called scientific notation.

Read More: How to Enter Scientific Notation in Excel (4 Methods)

In Excel, the Format Cells just change the aspect of a number without changing the number itself. For numbers, excel uses the General format by default. You can simply change the format by following the steps. 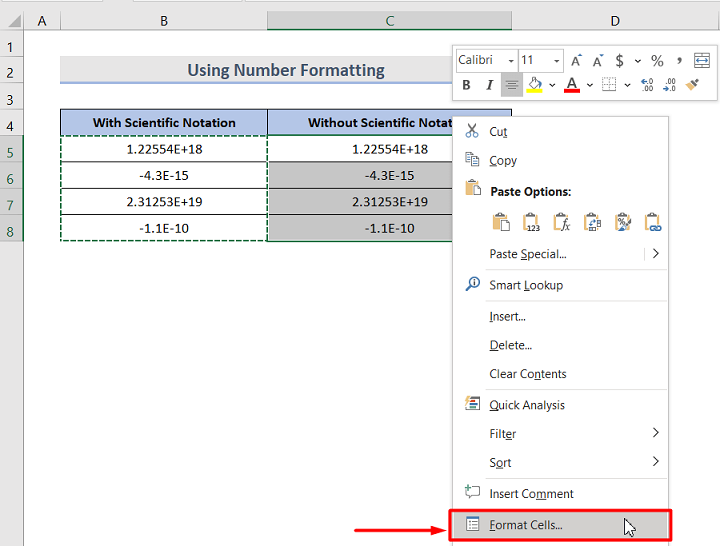 This picture is for large numbers. 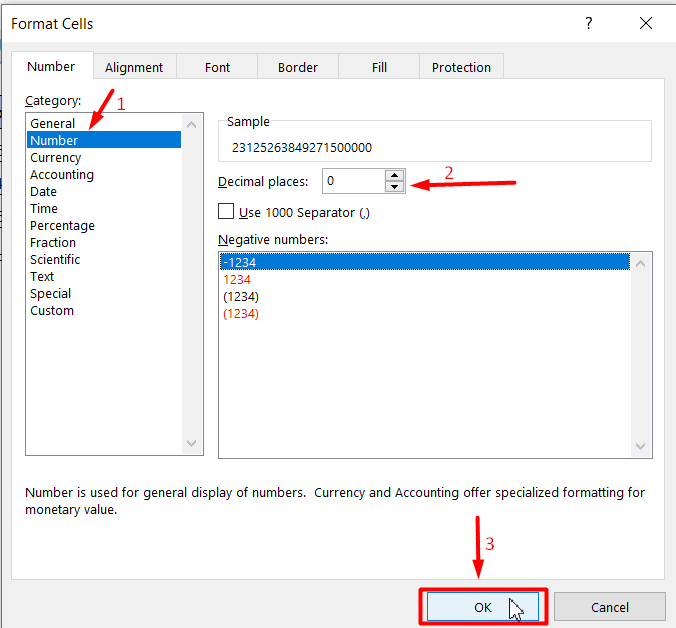 The following picture is an example of such cases mentioned above. 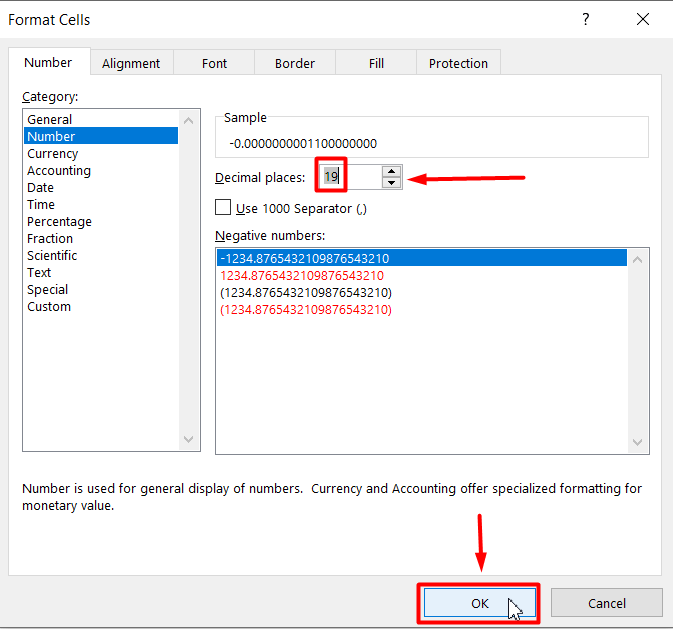 Now you can see the number without any scientific notation.

There are many ways to convert Scientific notation to Standard notation. Some functions we are going to use are.

2.1 Use of TRIM Function

Here, text can be a text string, a cell reference, or a value. 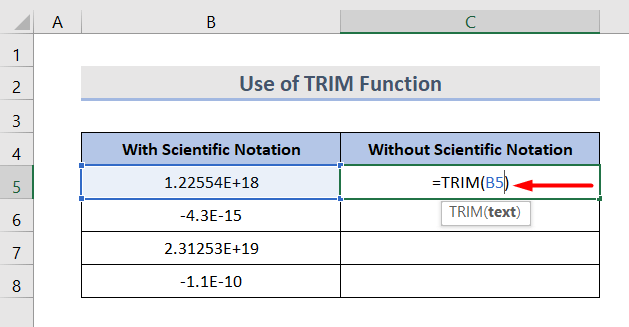 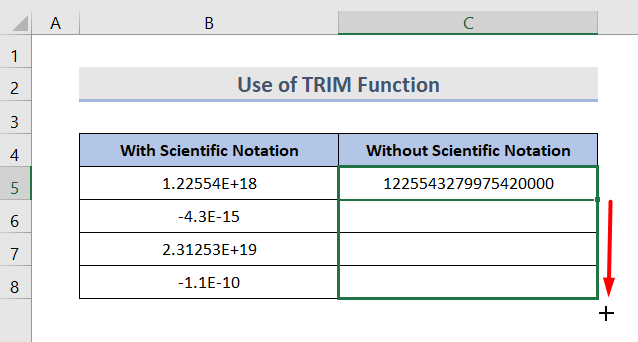 Now you can see your desired results. 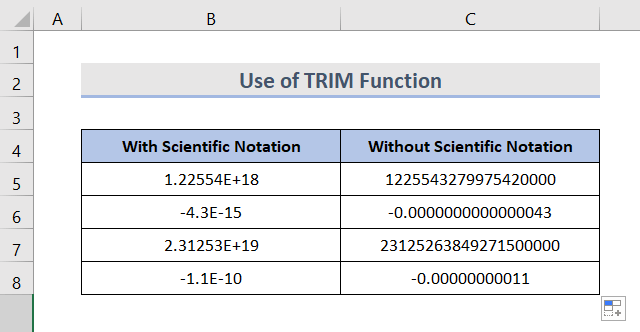 2.2 Use of CONCATENATE Function

The CONCATENATE Function is used to combine values from several cells into one cell. We can use this function to remove the scientific notation.

Here, text can be a text string, a cell reference, or a formula operating value. 2.3 Use of UPPER Function

The UPPER Function is used to convert text to uppercase (all capital letters). It also can be used to remove the scientific notation from data.
Syntax: UPPER(text)

Here, text can be a reference to a cell or a text string. 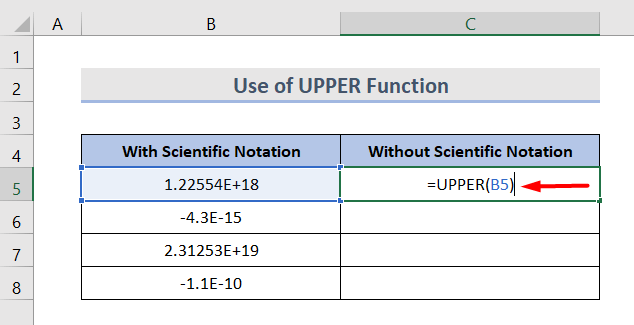 You can apply any of the functions as you opt to choose.

The Text to Columns feature is also a great way to remove the scientific notation from your data. 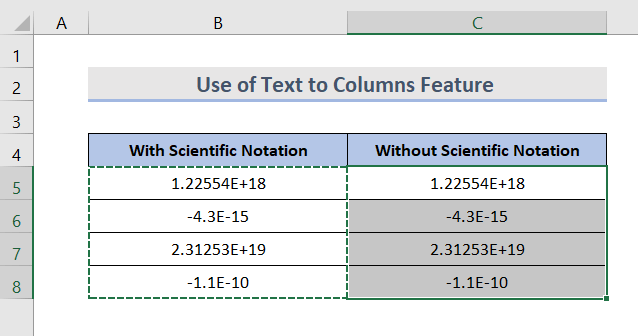 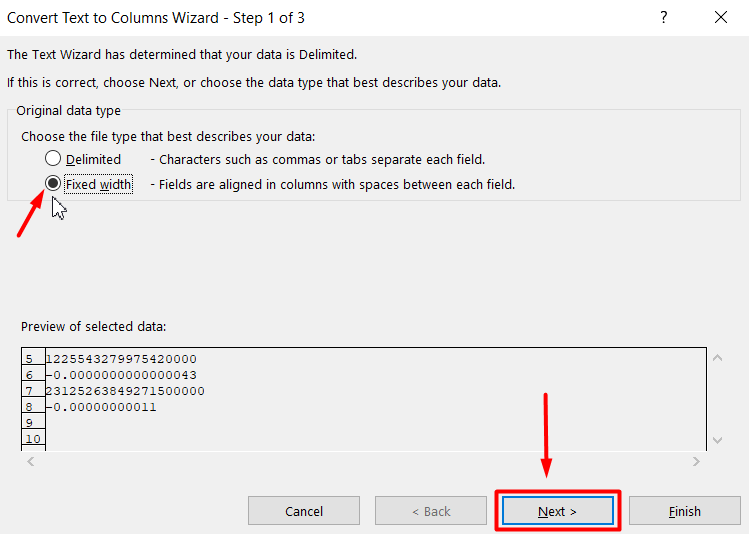 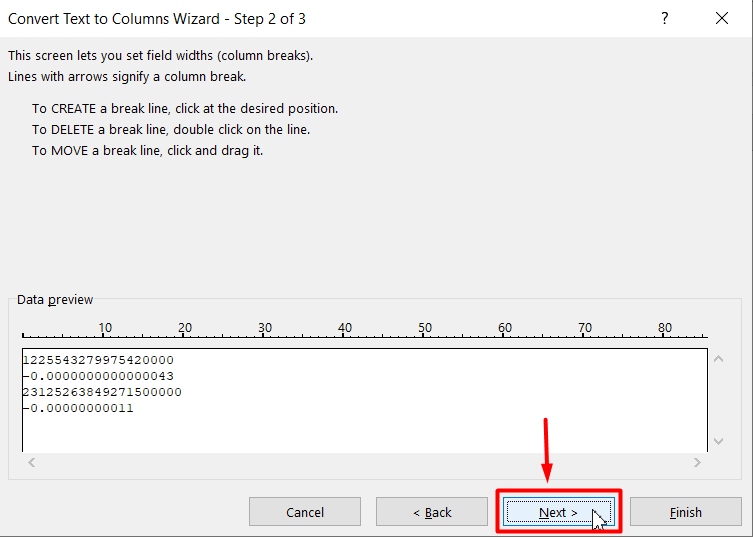 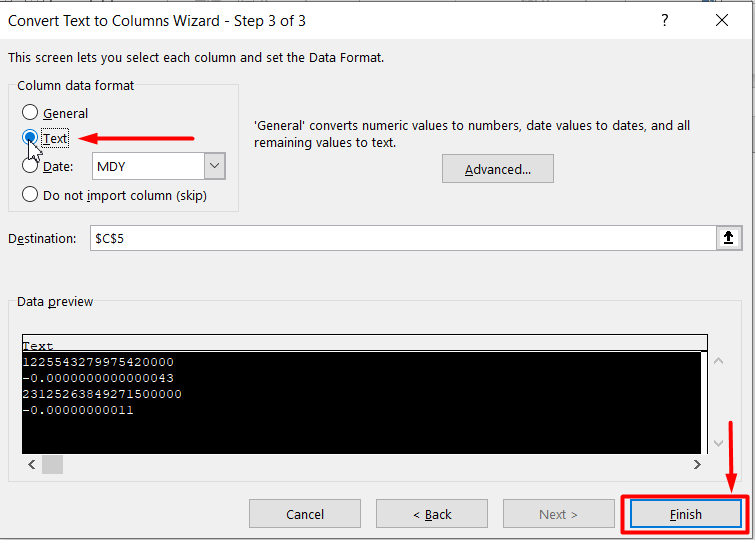 4. Delete Scientific Notation by Adding an Apostrophe at the Beginning

You can also remove the scientific notation by just adding an apostrophe/a single quote (‘) before you enter the number.

If you find an error showing in the screenshot below, right-click your mouse and select Ignore Error. 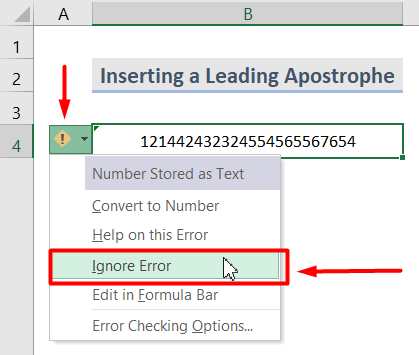 And there you go!

Things to Keep in Mind

Excel is unable to keep more than 15 digits of the original number, the other digits are changed to zeroes.

By following the steps, you can easily remove the scientific notation in your Excel workbook. All those methods are simple, fast, and reliable. Hope this will help you! If you have any questions, suggestions, or feedback please let us know in the comment section. Or you can have a glance at our other articles in the ExcelDemy.com blog!

How to Turn on Autocomplete in Excel (3 Easy Ways)

How to Swap Text in Excel (4 Easy Methods)

How to Swap Axis in Excel (2 Simple Ways)