How to Use CHAR Function in Excel (6 Suitable Examples)

Excel CHAR function (a Text function) gives a specific character when a valid number is given as the input. Some characters are hard to find, you can easily insert these characters by using the CHAR function. Any number between 1 to 255 has a character assigned to it in your computer according to ASCII.

The American System Code For Information Interchange, or ASCII, is a character encoding standard used in digital communications. A unique integer number is assigned to each character that can be entered in the CHAR function. The character can be a number, alphabet, punctuation marks, special characters, or control characters. For Example,  the ASCII code for [comma], is 044. The lower case alphabets a-z have ASCII values ranging from 097 to 122. 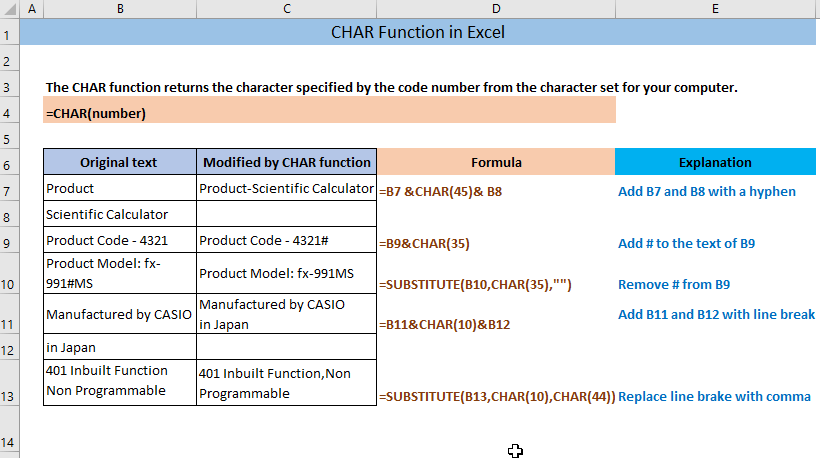 Introduction to The CHAR Function

The CHAR function will return a character based on the number given as argument. 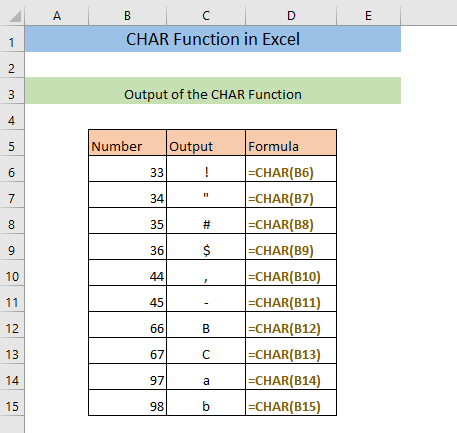 This function has been introduced in OFFICE 2010. Any office version since 2010 has this function.

6 Suitable Examples of Using The CHAR Function in Excel

Now we will see some examples of using the CHAR function which will help you to understand the function and its usages more clearly.

You can add two different strings using the CHAR function.

➤ Type the following formula in an empty cell (C7),

The formula will add the strings of the cell B7 and B8 with a hyphen and will give the return in cell C7. If you want to add the two strings with any other character rather than a hyphen, you have to insert a different code. For example, if you want to join the strings by a comma you need to insert 44 as the code or 32 for just a space.

As a result, you’ll get the two strings joined by a hyphen in cell C7. 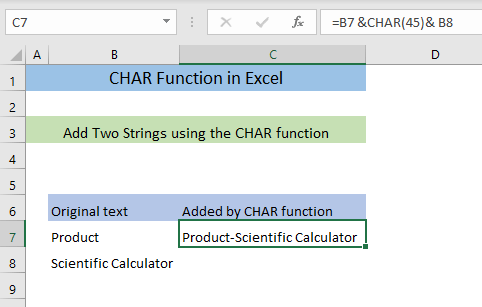 You can also add a character to a string by the CHAR function. Suppose, in the following example we want to add a # with the product code. To do that,

➤ Type the following formula in an empty cell (C7),

The formula will add a # (character code 35) to the text of cell B6 and will return in cell C7. 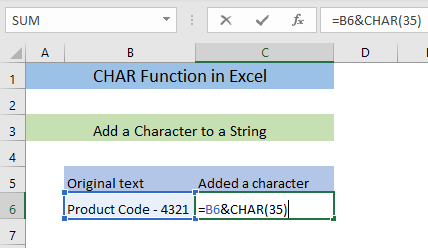 As a result, you’ll see a character #  has been added to the text in cell C7.

You can also remove a character from a string with the help of the CHAR function and the SUBSTITUTE function. To remove the character # from the string of cell B7, 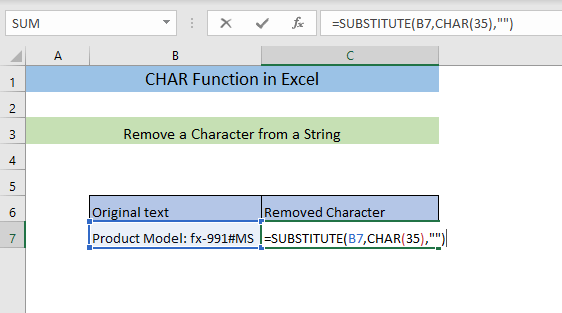 You will see the character has been removed. 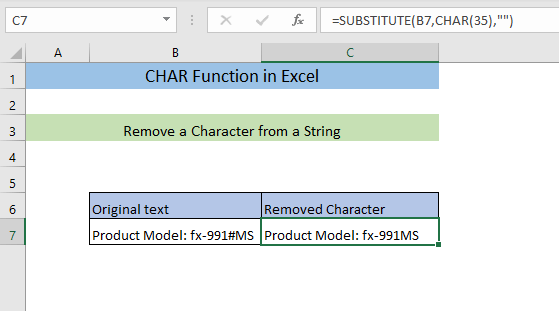 Another use of the CHAR function is that we can use this function to add two strings with a line break. To do that,

The formula will join the texts of cell B7 and cell B8 with a line break as the character code of line break is 10. 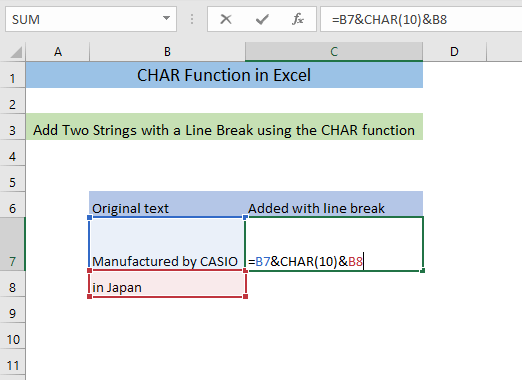 And you will see the text from those two cells are joined together in a cell C7 with a line break. 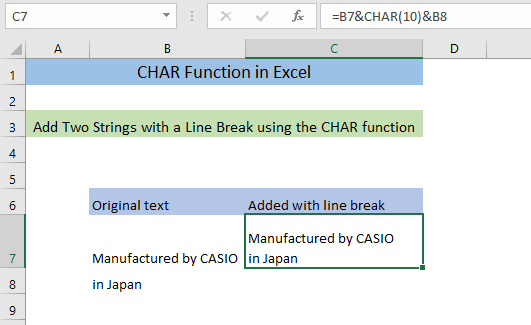 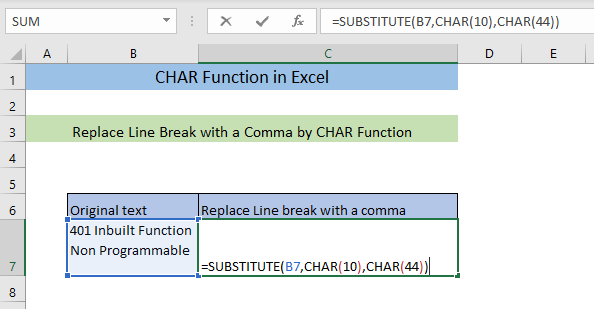 As a result, you will see the line break has been replaced with a comma. 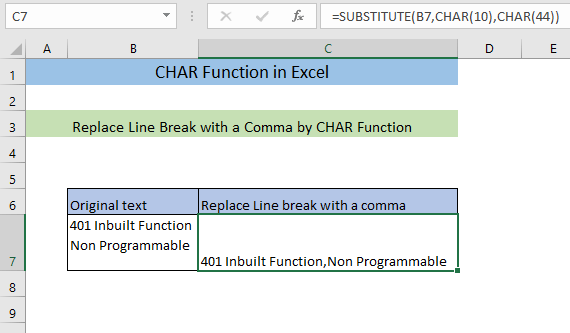 You can make a list of ASCII code and associated characters with the help of the CHAR function. First,

The formula will return the first character.

➤ Press ENTER and drag the cell to the 255th cell from that cell. 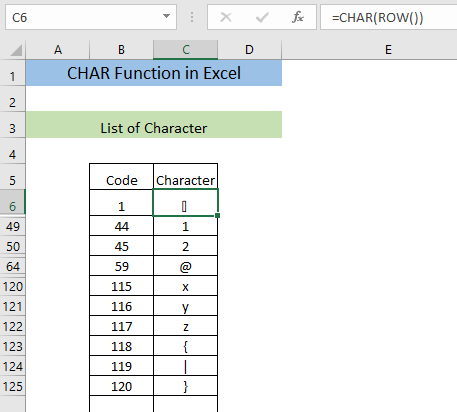 💡Things to Remember When Using The CHAR Function

📌 You must input a number between 1 to 255 to the CHAR function. Otherwise, the formula will show #Value! Error.

📌 If you enter a non-numeric value the CHAR function will show #Value! Error.

📌 The CODE function can be used as reverse CHAR function that means you can find out the code of any character by the CODE. For example, enter =CODE(“A”), it will return 65.

I hope this article has helped you to better understand the applications of the CHAR function in Excel. If you have any confusion about the function please leave a comment. If you know any additional uses of this function, let me know about that.