How to Convert Excel ASCII to Char (An Easy Way)

American Standard Code for Information Interchange (ASCII) is a character encoding standard for electronic devices. In its 7-bit version, it supports characters denoted by numbers 1-127 in Excel. Users from time to time need to insert certain characters, thus requiring the Excel ASCII to Char conversion. 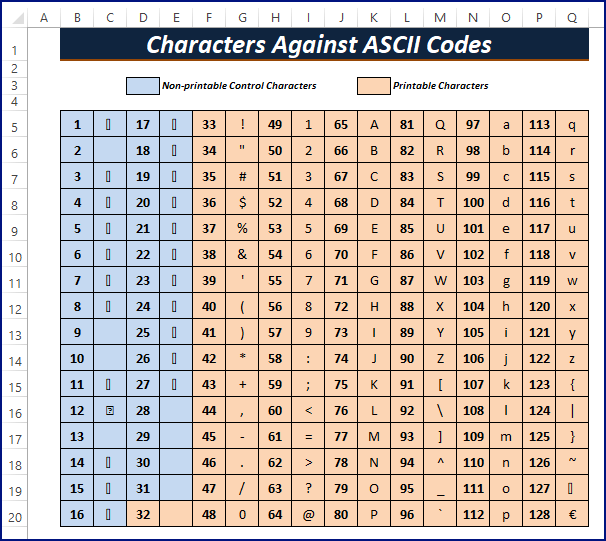 In this article, we demonstrate the ASCII Table, ASCII to Character, and Character to ASCII Code (number) conversions.

Download the attached dataset to clarify the functions and their outcomes.

Excel offers the CHAR function (Excel 2000 and Later Versions) to simply convert numbers (i.e., ASCII Code) into characters. Also, to achieve the other way around, users can use the CODE function.

Go through the below section to learn more about Excel ASCII to Char conversion and vice versa. 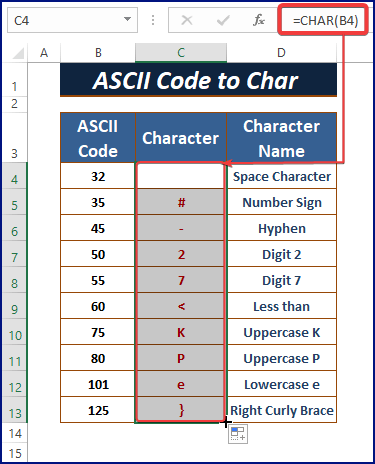 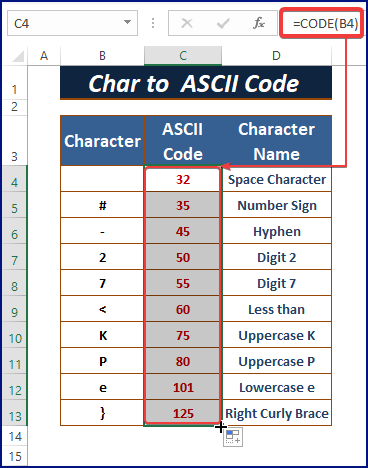 The VBA Asc function does the same as the CODE function in Excel VBA.

⧭ Note: The modern Unicode system supports universal characters. Excel also has two other functions to deal with it: UNICHAR and UNICODE.

Read More: How to Use Code 9 with Excel CHAR Function (2 Easy Examples)

This article discusses ASCII Table and the conversion of Excel ASCII to Char or the opposite. I hope this article sheds enough light to give you a workable understanding of ASCII and its characters’ encoding. Comment if you have further inquiries or have anything to add.

Do check out our excellent website, ExcelDemy, to find interesting articles on Excel.

How to Use COUNTIF Function with Array Criteria in Excel