2 Suitable Methods to Read Text File into Array in VBA

In this section of the article, we will discuss 2 suitable examples to read text file into array using VBA code in Excel. Here, we have a text file consisting of the contents demonstrated in the following picture. Our aim is to extract these texts as array into Excel using VBA codes. 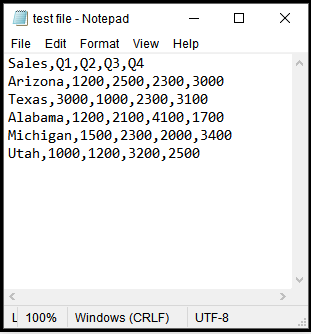 In the first example, we will use the SPLIT function of Excel VBA to read text file into array. In the output, we will see that each line of the text file is extracted to cells of a single column. Now, let’s follow the steps mentioned below. 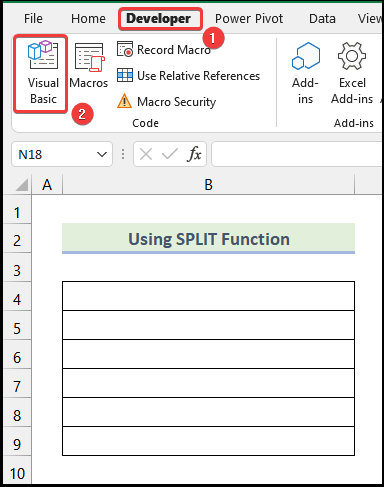 As a result, Microsoft Visual Basic window will open like in the image below.

Note: You can also press the keyboard shortcut ALT+ F11 to directly open the Microsoft Visual Basic window from your worksheet. 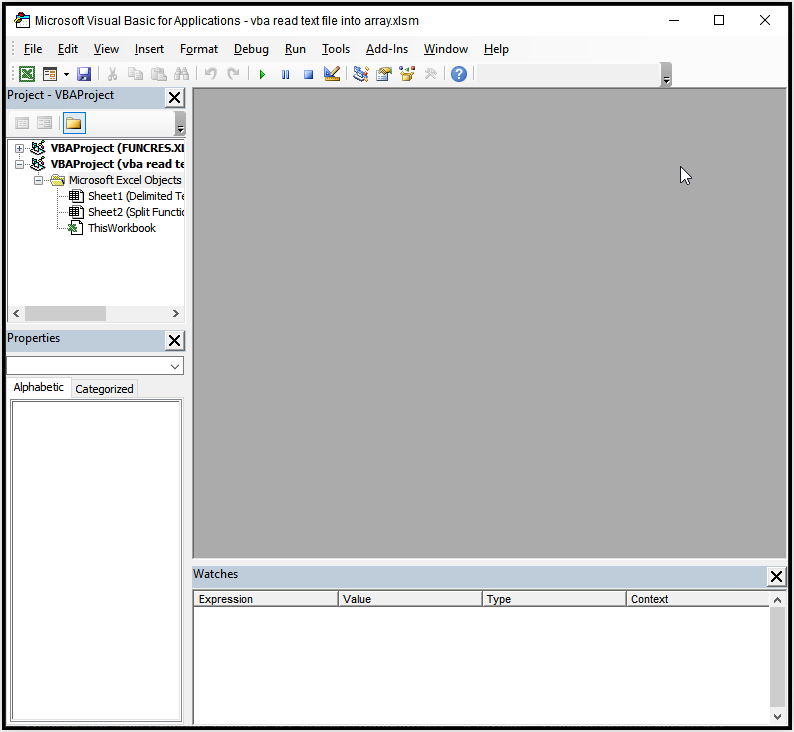 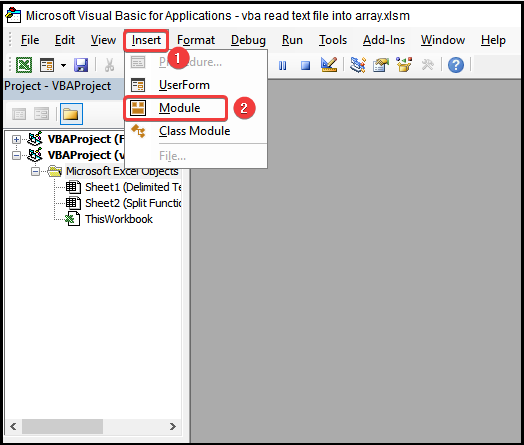 Consequently, you will be able to see the following image on your screen. 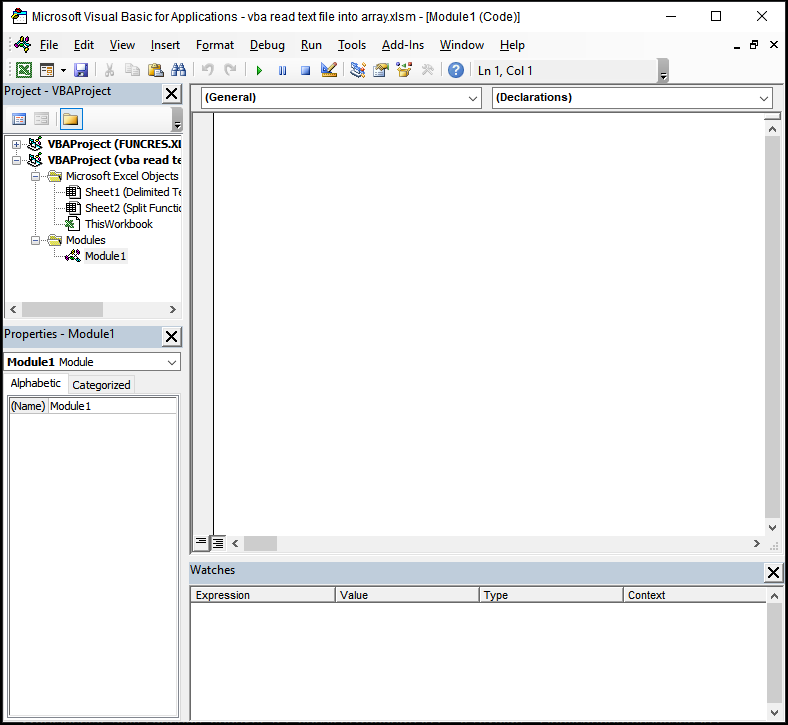 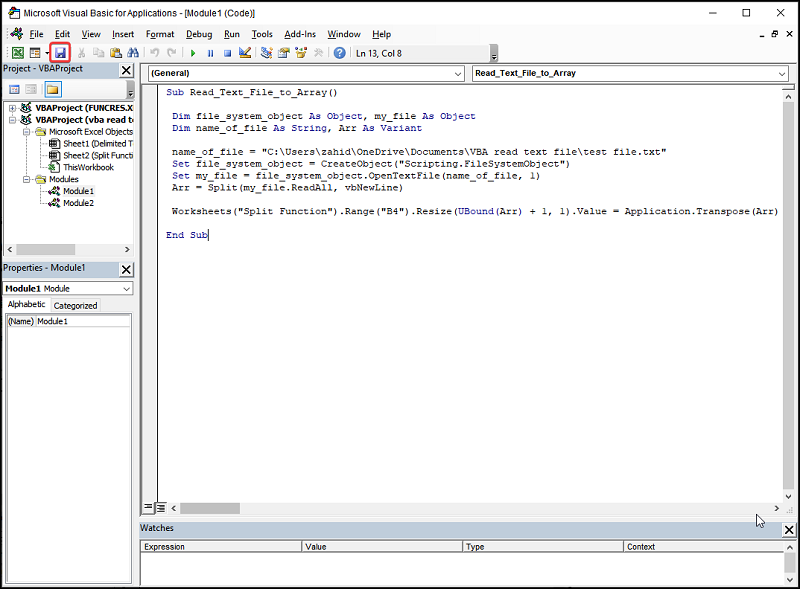 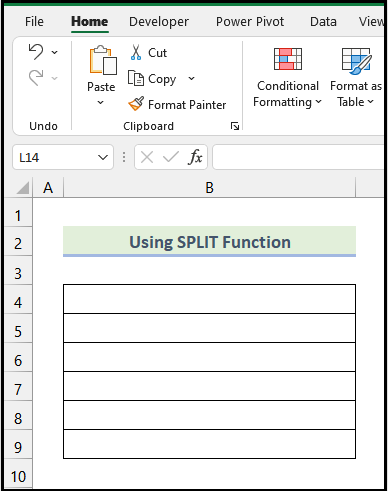 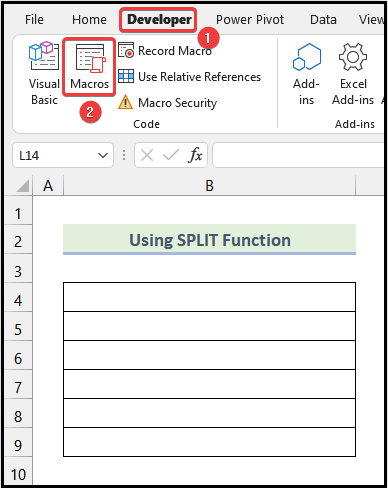 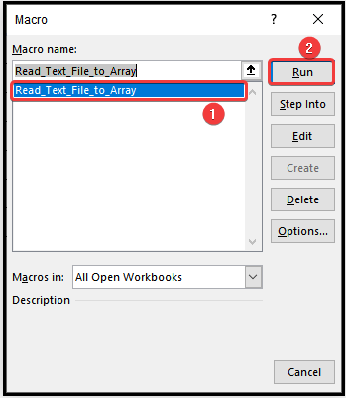 As a result, you will see that the texts from your text file are extracted to the cells of your worksheet under the same column. 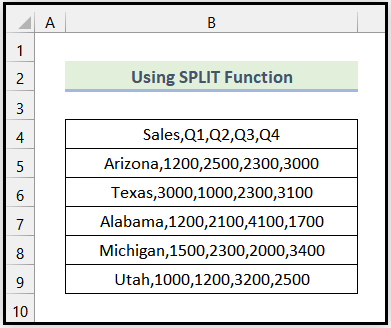 Read More: How to Split a String into an Array in VBA (3 Ways) 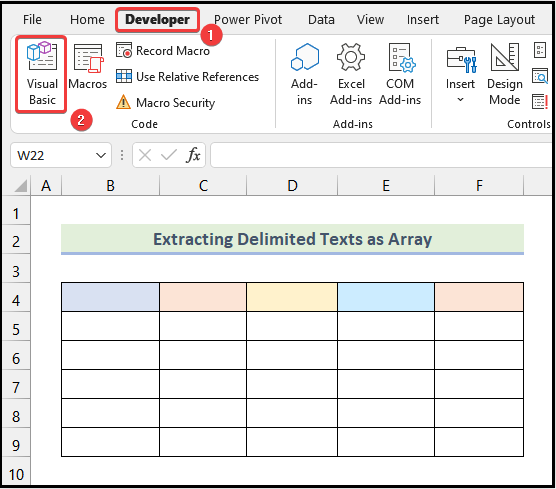 Subsequently, the Microsoft Visual Basic window will open. Here will create another Module to write our second VBA code. 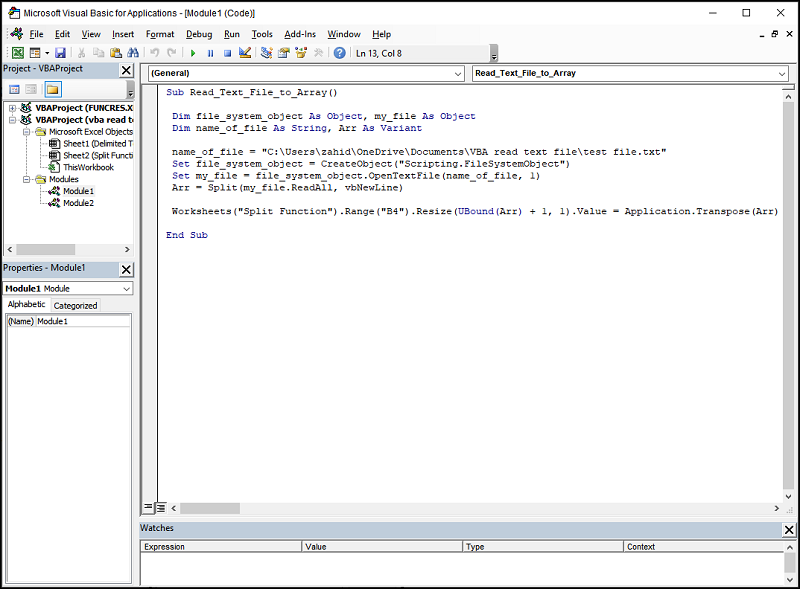 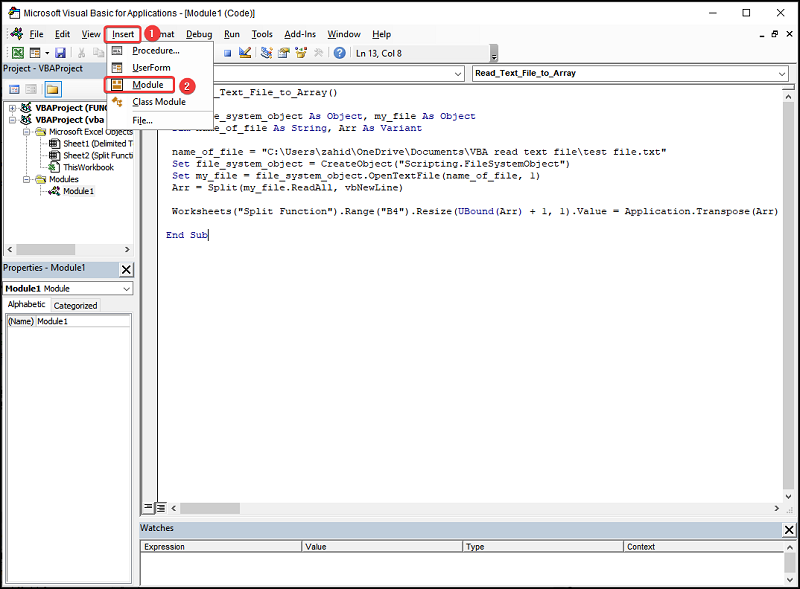 Consequently, another blank Module will be created as shown in the following image. 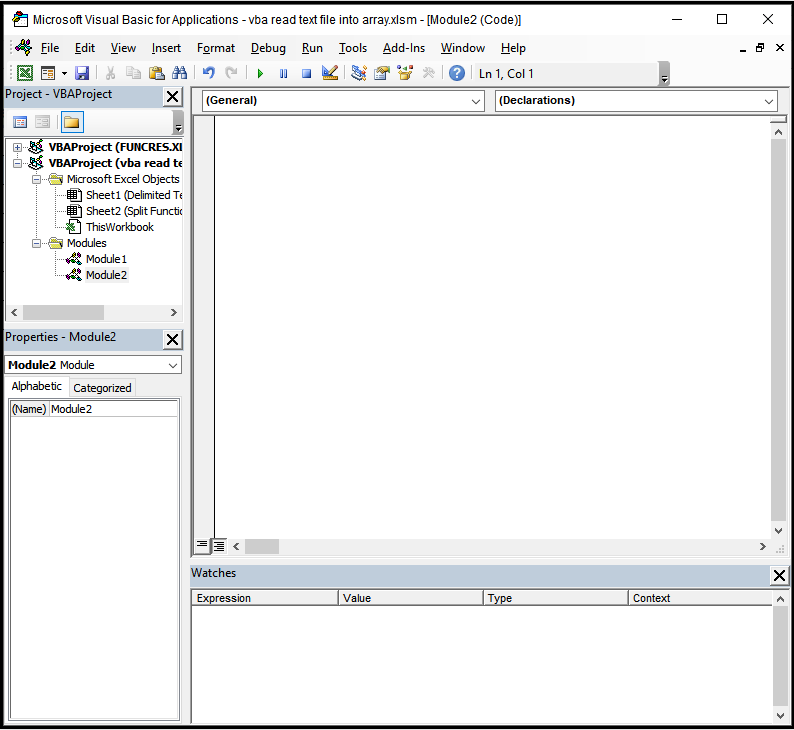 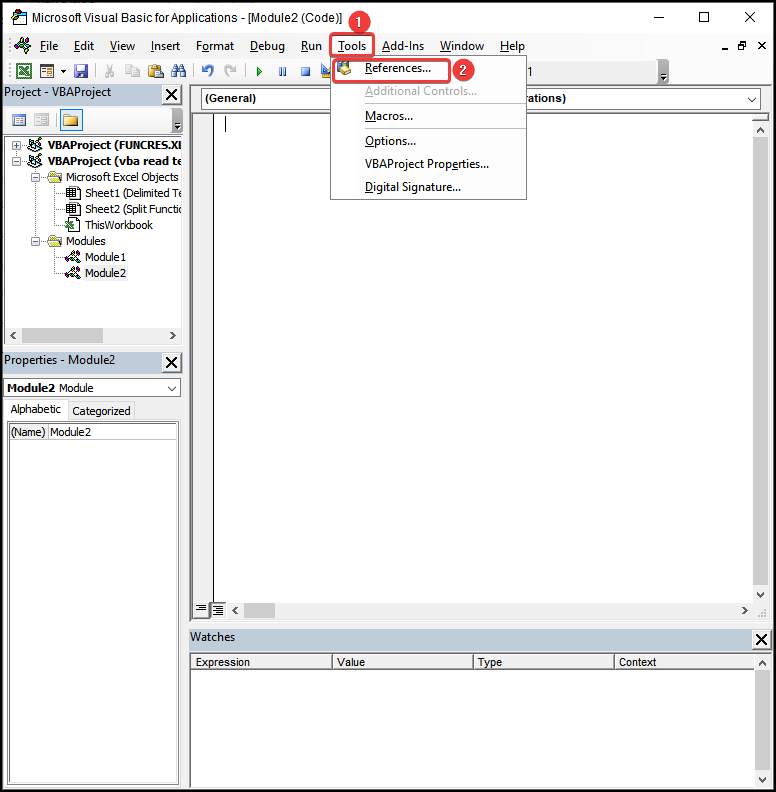 Subsequently, you will see a dialogue box named Reference – VBAProject as shown in the image given below. 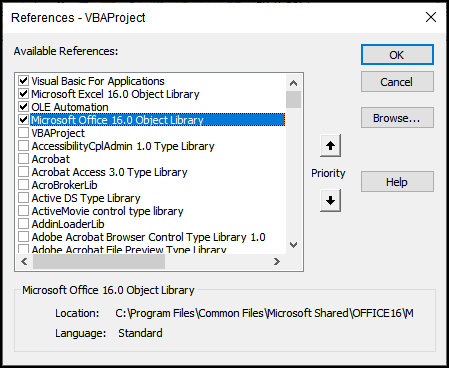 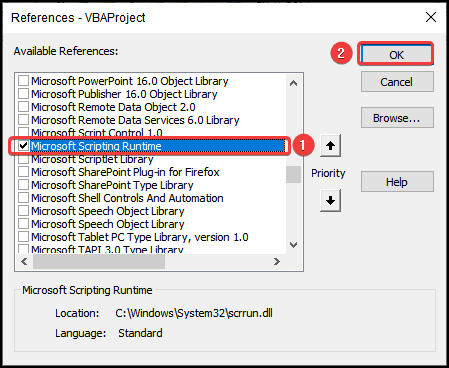 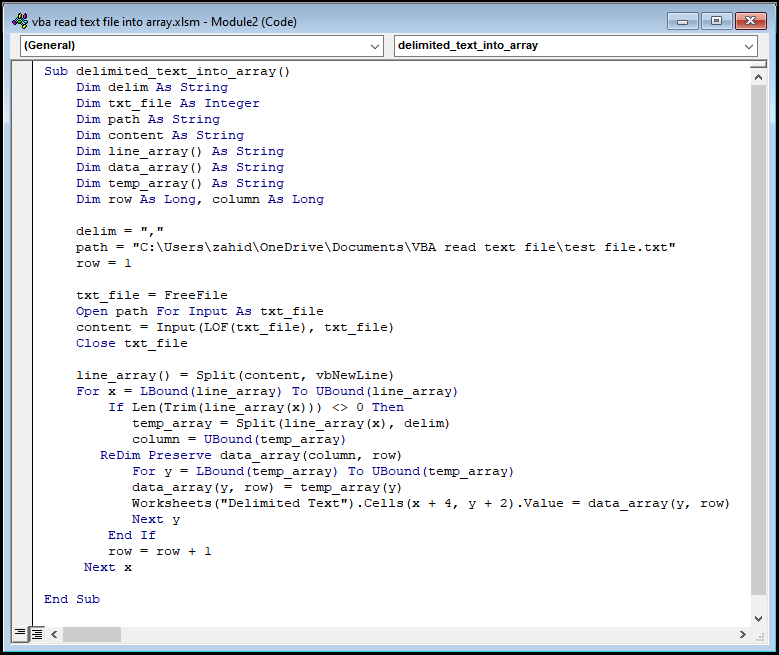 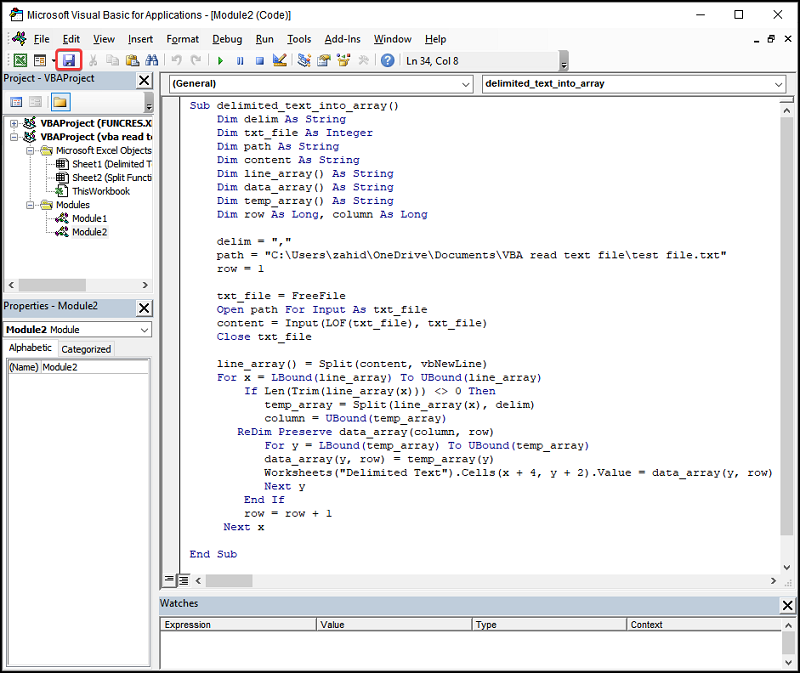 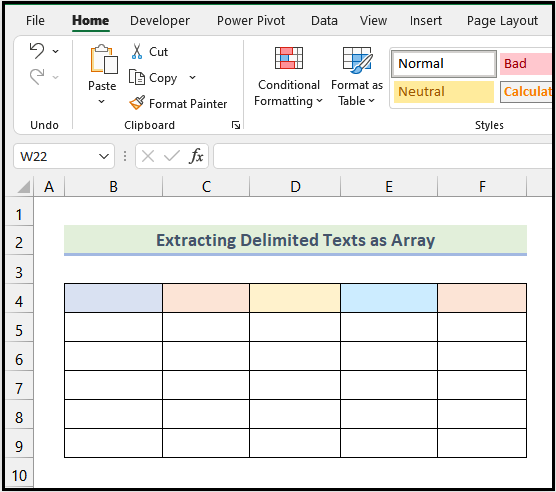 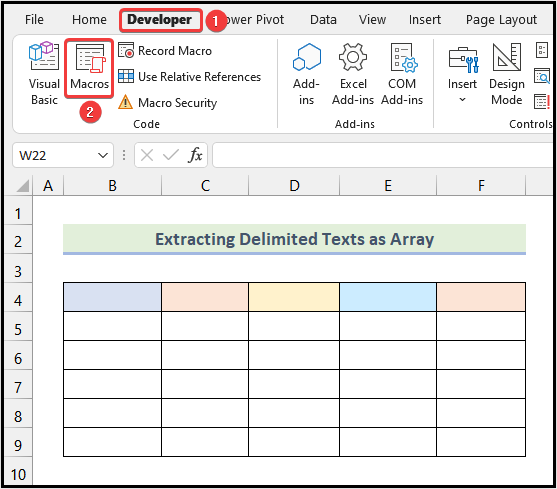 As a result, the Macro dialogue box will open on your worksheet. 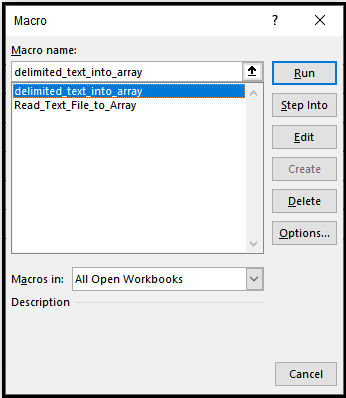 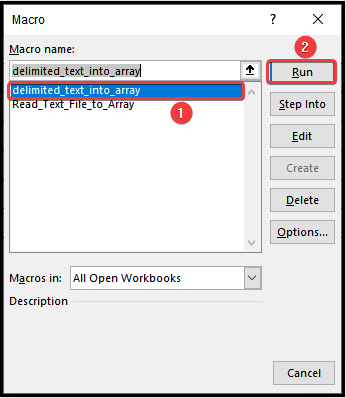 Consequently, you will see that the delimited texts from your text file are extracted into array as shown in the following picture. 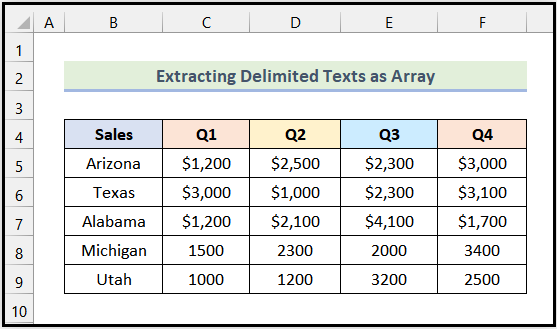 Read More: How to Create an Array in Excel VBA (4 Ideal Methods)

That’s all about today’s session. I strongly believe that this article was able to guide you to read text file into array using VBA in Excel. Please feel free to leave a comment if you have any queries or recommendations for improving the article’s quality. To learn more about Excel, you can visit our website, ExcelDemy. Happy learning!