How to Use VBA SPLIT Function in Excel (5 Examples)

Excel provides several VBA functions that can be used while writing a macro or to define your own function to perform your desired tasks. In this article, we are going to show you a VBA function called SPLIT.

The VBA SPLIT function in Excel splits the string into several substrings and returns a one-dimensional array of substrings.

As per the description of the function, you have understood that the SPLIT function will split the string into substrings. Let’s follow the instructions below to learn! 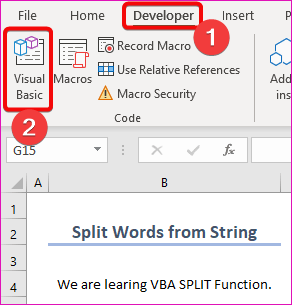 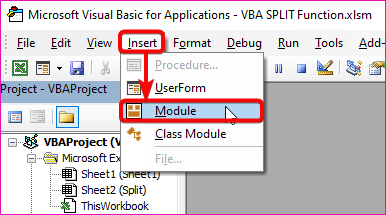 Here we set the name of the macro as Split_Word. Then, we declared three variables using the Dim keyword. All the variables are string types.

We have set the string We are learning VBA SPLIT Function in one of the variables (Text). Then applied the SPLIT function to the string using that variable and stored it in a variable named Result.

Here we have used a For loop where LBound and UBound set the range. LBound is the least length a string can have (0) and UBound returns the length of the string.

This loop helps us to store the substring in the VisualText variable. Then, we added a MsgBox to return the output in a message box format. 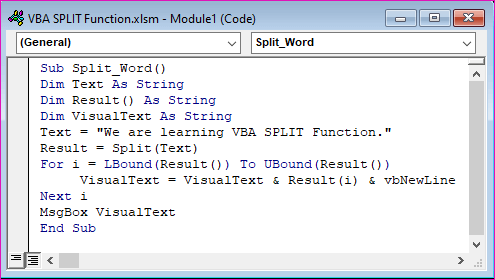 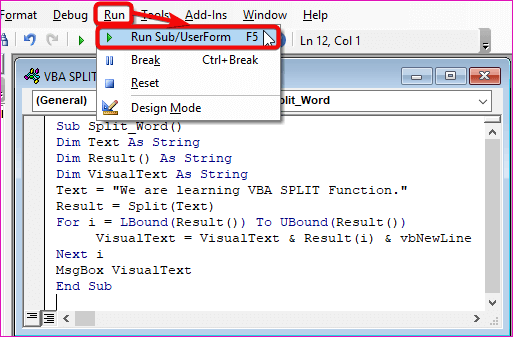 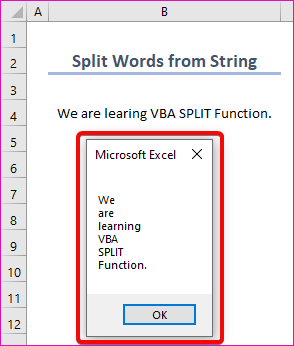 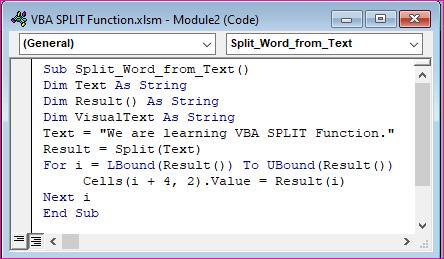 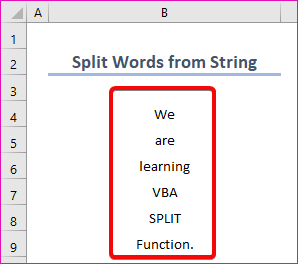 If we don’t use any specific delimiter, then the SPLIT function will split assuming space as the delimiter. A delimiter can be a comma, a semicolon, or any separating character. Here we are using a comma as the delimiter.

Now we will split words that are separated with multiple delimiters. Let’s follow the instructions below to learn! 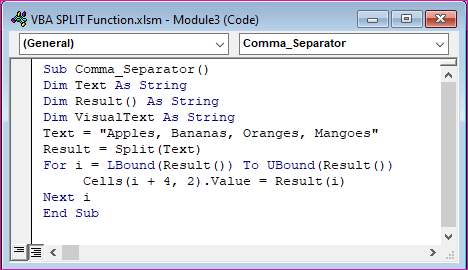 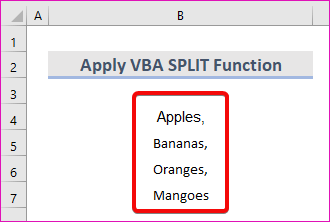 We can divide the strings into multiple parts, it seems a bit similar to the split string into substrings. This time we are going to use the SPLIT in our own defined function.

Here is an example of a dataset consisting of a few addresses. Each address contains three parts.

We are set to divide these three parts into one each. Let’s follow the instructions below to learn! 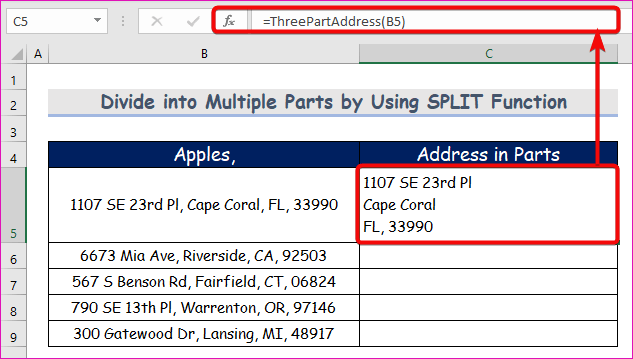 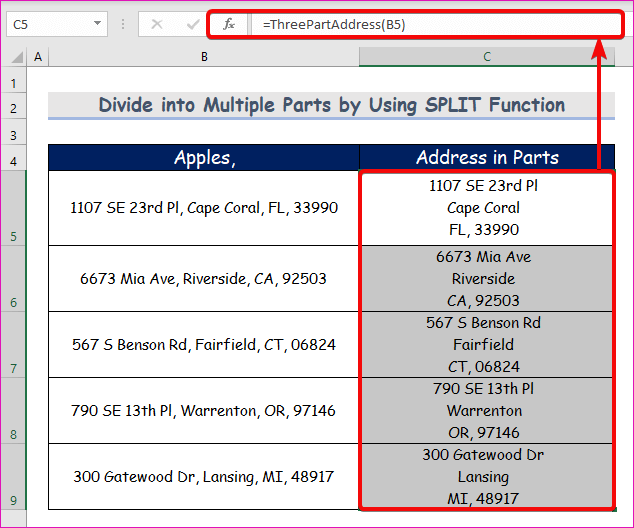 The SPLIT function will be helpful to count the words in a string. To show you examples, we have brought a dataset of a few random sentences.

We will find the total word of these sentences. We are going to create our own function using SPLIT.

5. Find Specific Word from a String into Array with Excel VBA

Last but not least, we can find and retrieve any specific word from a string. Here, we are using the address dataset for this example.

Now, we are going to fetch the name of the city from the address. We can find any nth number of values from the string, for that we need to set the number of that particular element from the string. Let’s follow the instructions below to learn! 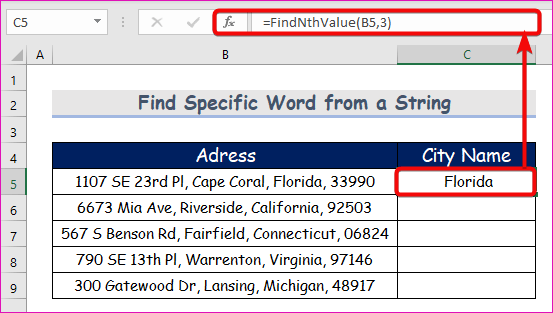 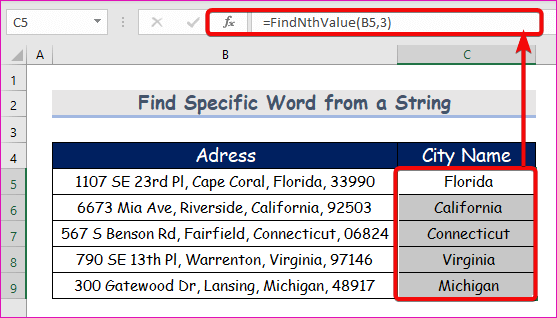 That’s all for today. We have tried showing you how you can use the VBA SPLIT function. You will use the function to split the string into substrings as well as count the number of words from the string. Hope you will find this helpful.

Feel free to comment if anything seems difficult to understand. Let us know any of your SPLIT function-related scenarios where you have stuck, we are ready to help.