How to Reverse a String in Excel (3 Suitable Ways)

When files are imported into Excel, words can occasionally be flipped. In order to produce meaningful terms, we must reverse those strings. In this post, we’ve covered a variety of simple ways on how to reverse a string in Excel. So, continue with us and follow the procedure.

3 Ways to Reverse a String in Excel

Despite the lack of any built-in function, there are several methods for doing this. At first, we will do reversing string with functions and then we will continue with VBA code.

Follow these steps to flip the string “ExcelDemy” in cell B4: 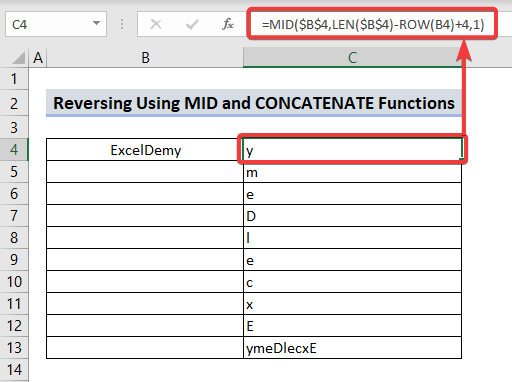 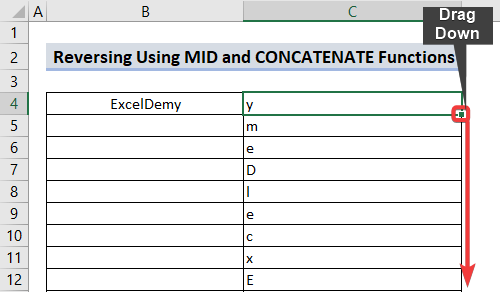 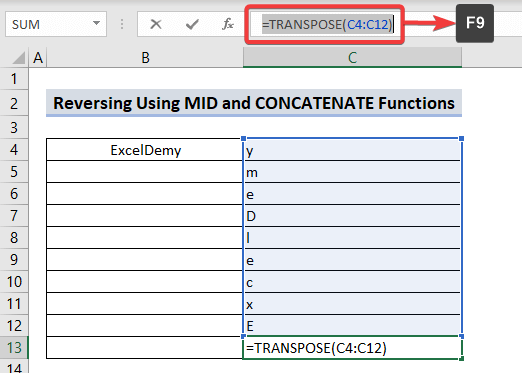 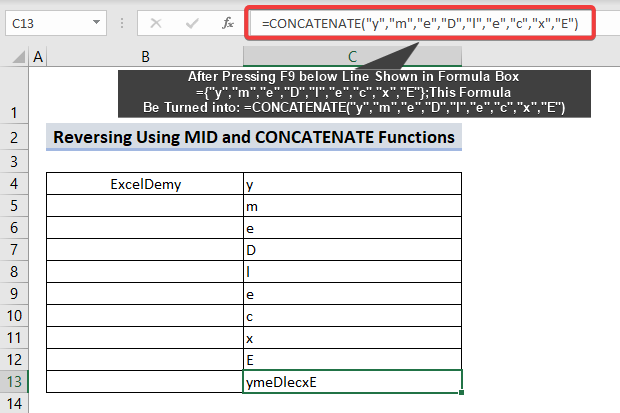 Read More: How to Reverse Transpose in Excel (3 Simple Methods)

In the previous method, we merged by CONCATENATE function but in this method, we will use TEXTJOIN. These two functions both do the same task but TEXTJOIN can add a delimiter between strings.

Only text with 20 characters or fewer than 20 characters can be used in this formula. But for longer strings, you have to use the VBA code given below.

3. Apply VBA Code to Reverse a String in Excel

Now we can easily flip a string by VBA code. In this method, we have to write the code or copy it from here. 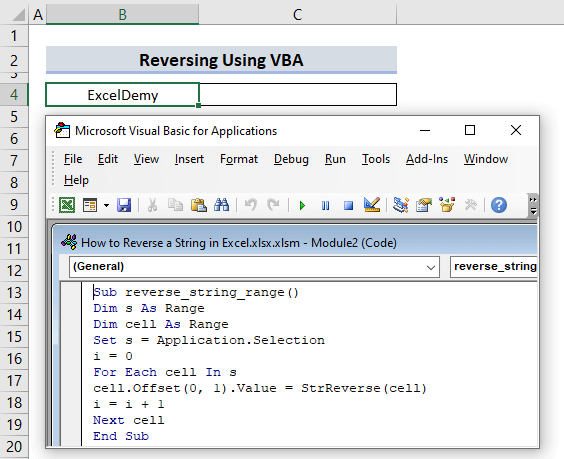 Already, using VBA code, we have flipped a string with ease. This method’s code is for several strings that must be composed or copied from here. 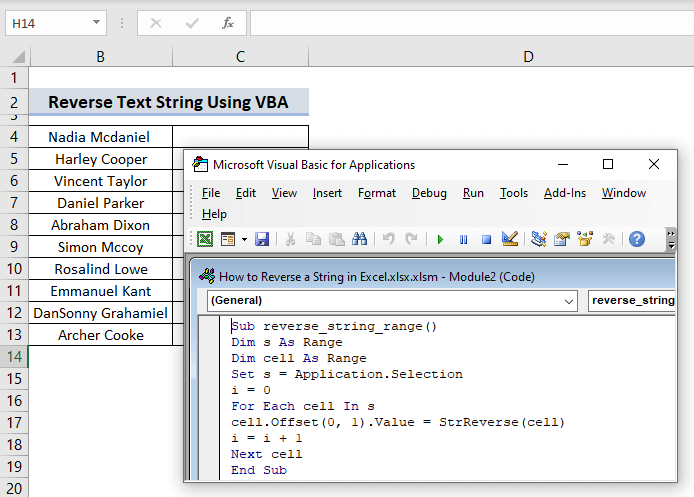 To Reverse a String in Excel, follow these procedures and stages. You may download the workbook and use it for your own practice as well. In the comments area, if you have any questions, issues, or recommendations, just let me know. Visit our blog ExcelDemy for more similar Excel-related issues.

Hi there. I am Amit, completed my study from BUET. Currently, i am working as an Excel & VBA Content Developer at ExcelDemy. Now you can see my articles in ExcelDemy blog.