How to Use TEXTJOIN Function in Excel (3 Suitable Examples)

TEXTJOIN is one of the most important and widely used functions in Excel that has been available since Excel 2019. Using this function, you can easily concatenate specific cells. Today, I will show you how you can use this TEXTJOIN function in Excel effectively with appropriate illustrations.

Introduction to TEXTJOIN Function in Excel

The syntax of the TEXTJOIN functions is:

Returns a text string by joining all the given texts separated by the delimiter.

3 Suitable Examples to Use TEXTJOIN Function in Excel

Here we have a data set with the IDs, Names, and Email IDs of some employees of a company named Marco Group. We can use the TEXTJOIN function to merge all information about each employee into a single text value separated by commas(,). Let’s follow the instructions below to learn!

Read more: How to Concatenate Multiple Cells in Excel

Example 2: Merge a Range of Values by Applying TEXTJOIN Function in Excel 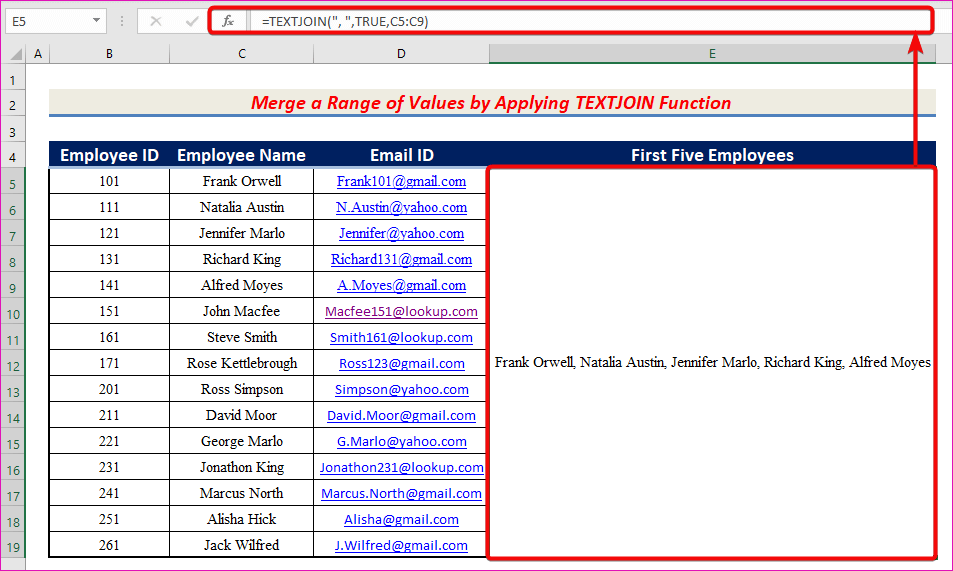 Read more: Combine Multiple Columns into One Column in Excel

We can use the TEXTJOIN function with another Excel function to merge the result returned by that function into a single cell. This is mostly used with the FILTER function of Excel, as FILTER is a widely used function in Excel that returns an array.

Here we have a new data set with the Years, Host Countries, Champions, and Runners-ups of the FIFA World Cup from 1930 to 2018.

Our objective is to use the TEXTJOIN function and the FILTER function to return the years in which Brazil became the champion, in a single cell. Let’s follow the instructions below to learn! 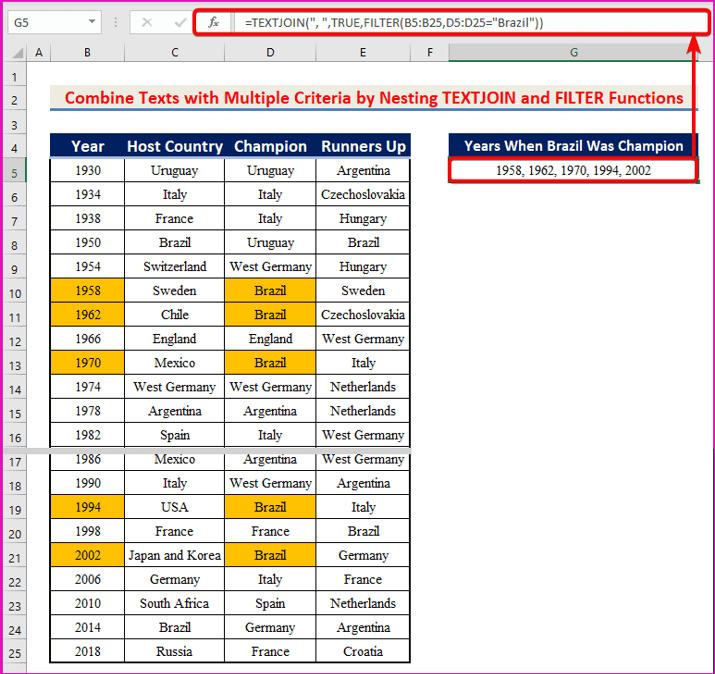 Reasons Behind TEXTJOIN Function Not Working in Excel

Therefore, you can use the TEXTJOIN function of Excel to merge an array or range of values into a single cell. Do you have any questions? Feel free to ask us.