How to Overlay Line Graphs in Excel (3 Suitable Examples)

Overlaying graphs is very important for comparing two or more parameters with each other visually. Having two or more datasets with the same variable is very common in real-life statistics. If the graphs of these datasets represent the same variable and measurement units, they can be plotted overlaid with each other. Also, the line graph is a useful tool in these statistics that can help track changes over time or other parameters. In this tutorial, we are going to discuss how to overlay line graphs in Excel.

You can download the workbook used for the demonstration of this article with the dataset and overlaid graphs from the download link below. Try downloading and practicing yourself while you go through the tutorial.

In this tutorial, we will focus on demonstrating three different examples of three different overlays of line graphs with different types of graphs. Methods can vary slightly, but the main goal is the same- plot all of the graphs on one plot area. Keep in mind that the units we are measuring and the variables of different graphs should be the same in these overlaid graphs in the first place. We will plot all these types of graphs from the same dataset which is below. 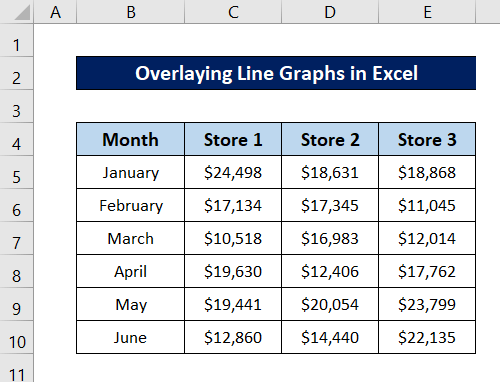 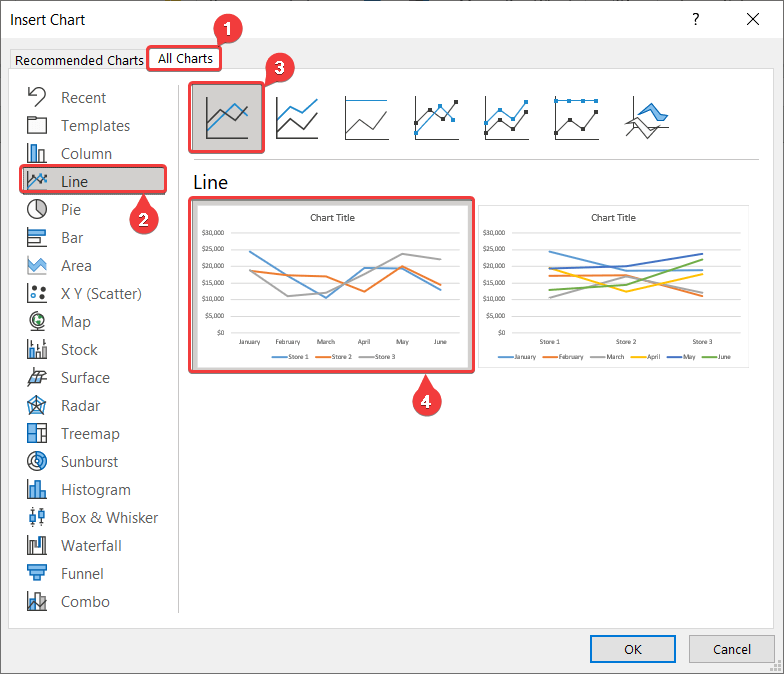 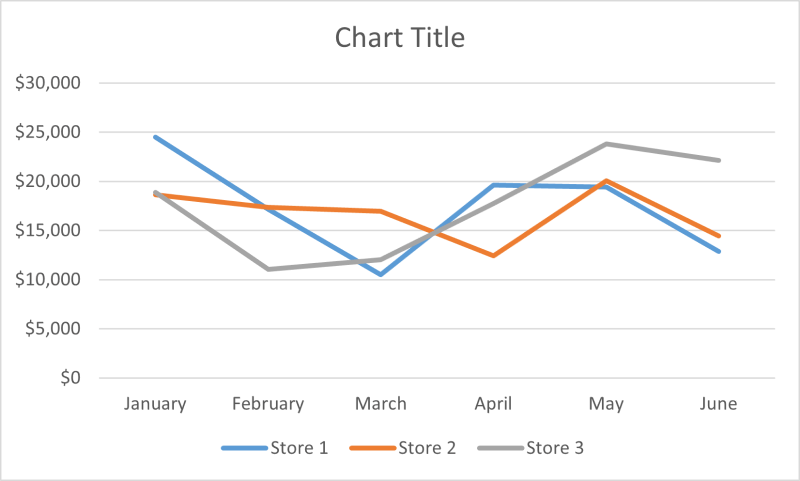 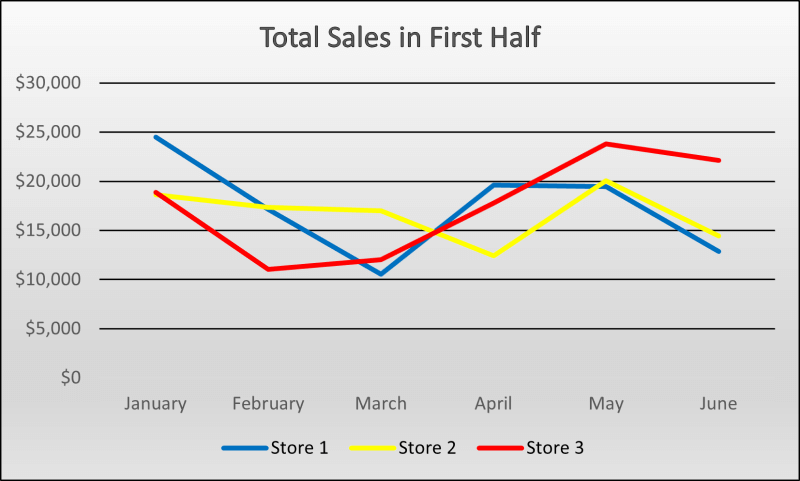 This is how we can automatically overlay line graphs in Excel.

Read More: How to Make a 100 Percent Stacked Bar Chart in Excel (with Easy Steps)

Overlaying line graphs with other types of graphs like column or bar charts is a bit of a different process and we have to manually put them together. Such combinations are useful when we have to compare the values of one particular series with all others. For example, let’s say we want to compare the sales of store 1 with the rest two. In this case, plotting the first store’s sales in line and the other two’s in columns will help us compare them better in general. As we can compare how the columns have risen compared with the line. Follow these steps to plot a chart that can overlay line graphs with column graphs. 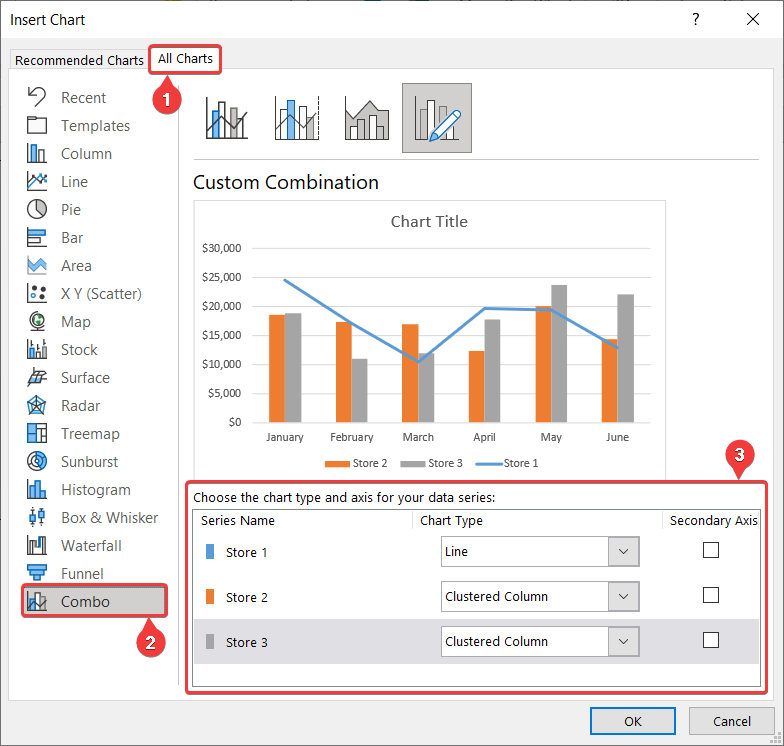 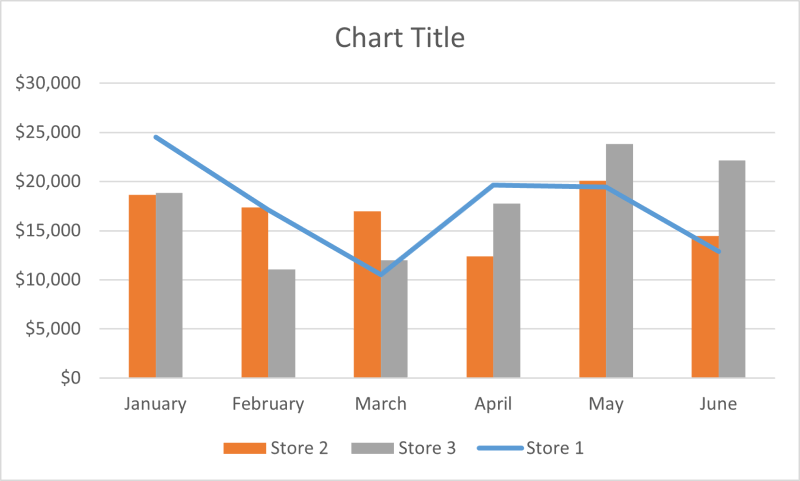 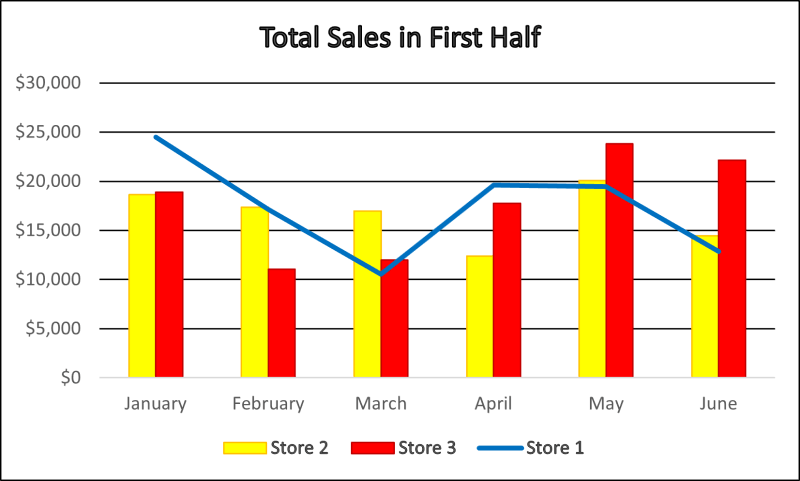 Thus you can create charts in Excel that overlay line graphs with columns or other types of graphs.

Read More: How to Make Line Graph with 3 Variables in Excel (with Detailed Steps) 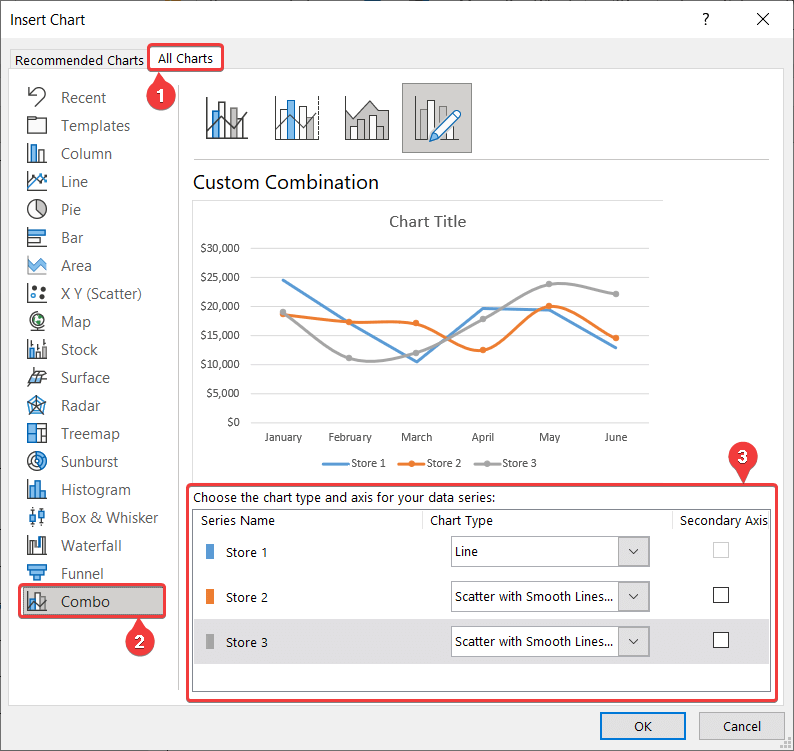 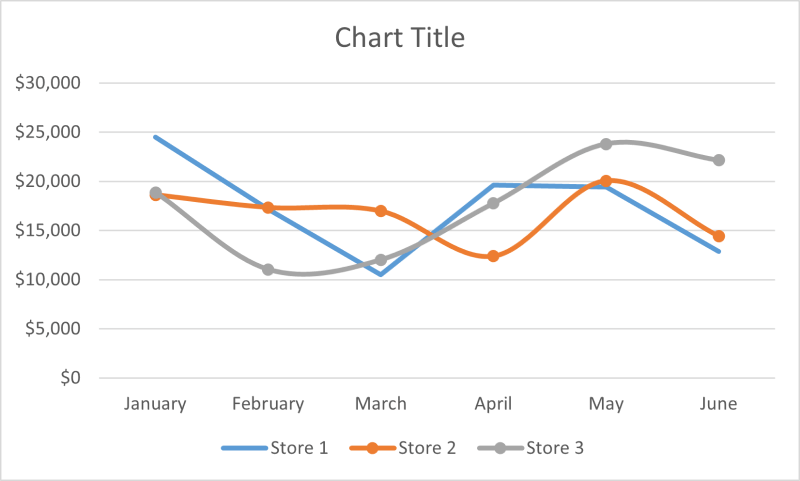 Here, the straight solid line with breaks represents the line graph and the smooth lines are the scatter graphs. 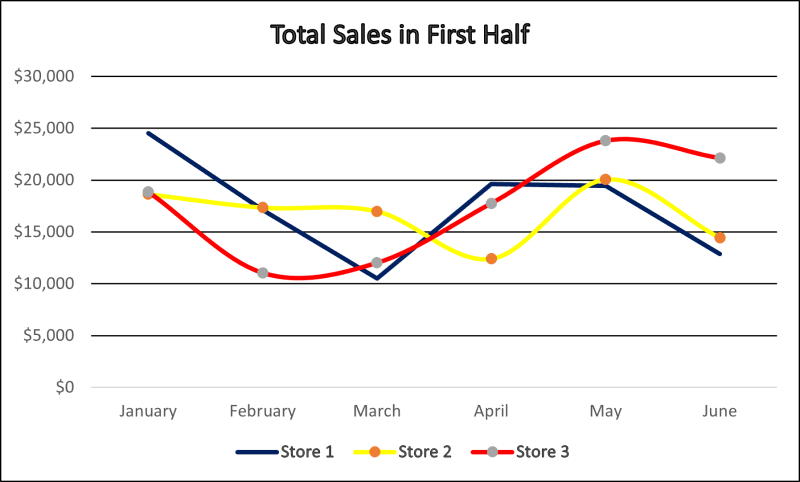 Thus you can create charts in Excel that overlay line graphs with scatter or other types of graphs.

Read More: How to Make a Line Graph in Excel with Multiple Lines (4 Easy Ways)

That concludes our guide on how to overlay line graphs in Excel. Keep in mind, that you can create any types of combo you want by following the second and third examples and selecting the type of graphs you want. Hopefully, you are now able to plot overlaid line graphs easily in Excel. I hope you found this guide helpful and informative. If you have any questions or suggestions, let us know in the comments below.

How to Create a Project Portfolio Bubble Chart in Excel

How to Plot Histogram in Excel (5 Easy Ways)

How to Left Align a Chart in Excel (with Easy Steps)

How to Graph a Linear Equation in Excel (with Easy Steps)