In this article, I will show you how you can remove last character from string in Excel with VBA. You’ll learn the procedures to remove the last character using a Macro and a User-Defined Function.

Here we’ve got a data set with the Names of some students and their Student IDs of a school called Sunflower Kindergarten. 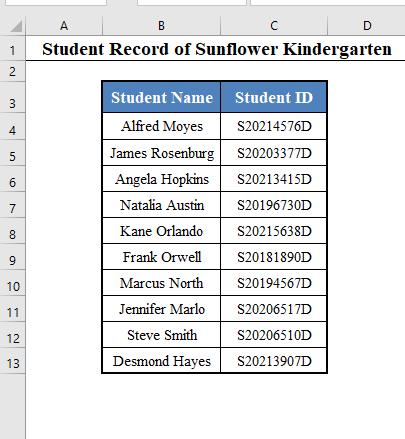 Notice carefully and you will find that there is a character “D” at the end of the Student ID of each student.

Today our objective is to remove this last character “D” from the ID of each student using a VBA Code.

1. Run a Macro to Remove the Last Character from a String with VBA

You can create and run a Macro using a VBA code to remove the last character from a string or a range of strings.

➤ Press ALT+F11 on your keyboard. The VBA window will open. 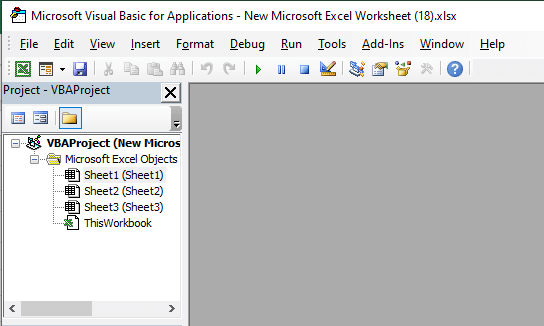 ➤ Go to the Insert tab in the VBA window.

➤ From the options available, select Module. 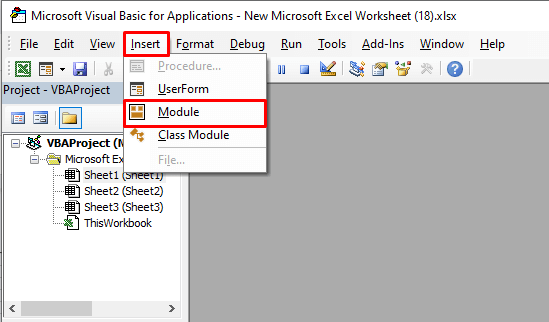 ➤ Insert the following VBA code in the module.

➤ Save the workbook as Excel Macro-Enabled Workbook. 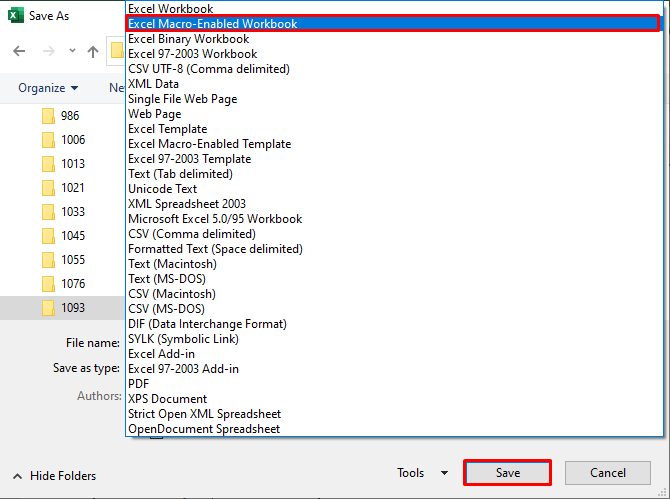 ➤ Return to your worksheet.

➤ Select the range in your worksheet from where you want to delete the last character. Here I have selected the column Student ID (C4:C13). 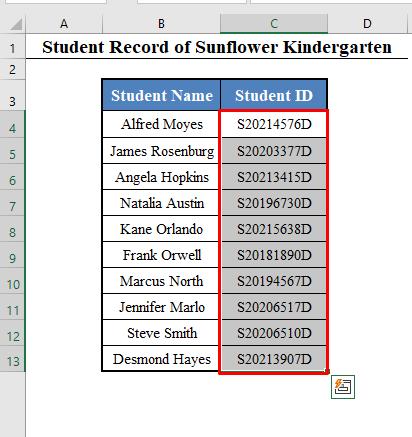 ➤ Then press ALT+F8 on your keyboard.

➤ A dialogue box called Macro will open. Select Remove_Last_Character (The name of the Macro) and click on Run. 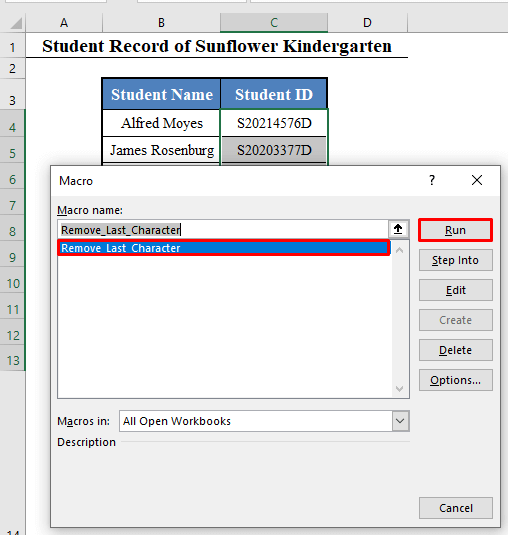 ➤ An Input Box will appear asking you to enter the number of characters you want to remove.

➤ For the sake of this example, I have entered 1. 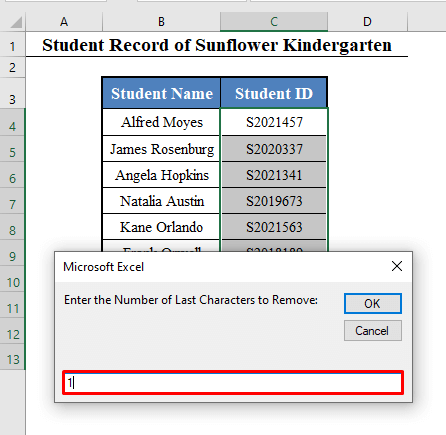 You will get the desired number of last characters removed from your selected range of cells.

Read more: VBA to Remove Characters from String in Excel

2. Create a User Defined Function to Remove the Last Character from a String with VBA

If you don’t want to change the original data set, you can create a User Defined Function using a VBA code.

And then use the function to remove the last character from your data set elsewhere in your worksheet.

➤ Run Steps 1-3 from the previous method to open the VBA window and insert a new module.

➤ Then insert the following code in the module.

➤ Save the workbook as Excel Macro-Enabled Workbook.

➤ Come back to your worksheet and select the first cell of a new column and enter this formula:

Therefore, the formula will be: 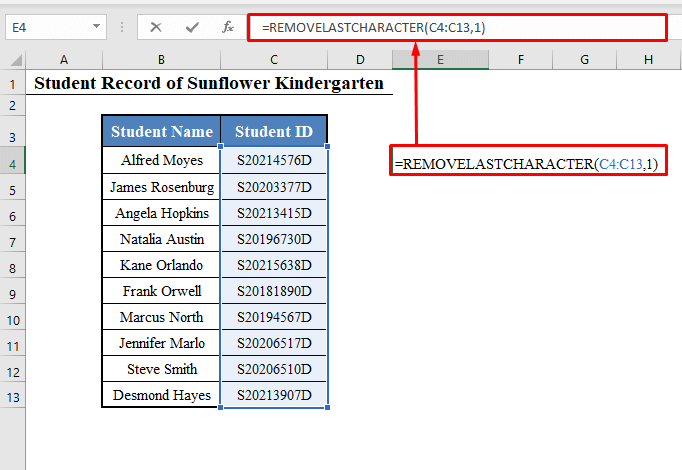 You will find an array of strings created in your selected cells, by removing the last character from your given range.

Using these methods, you can remove the last character from a string with VBA in Excel. Do you have any problems? Feel free to ask us.