How to Split Sheets into Separate Workbooks in Excel (4 Methods)

When you have a larger dataset covering numerous working sheets, you may need to split those worksheets into dedicated workbooks for analyzing extensively. In this article, I’ll discuss 4 methods including VBA code to split sheets into separate workbooks in Excel with the necessary explanation.

4 Methods to Split Sheets into Separate Workbooks in Excel

Let’s introduce today’s dataset. Here, Selling Information of Items is provided for 6 months across different sheets. The following screenshot (Sheet name: ‘January’) depicts the information in January. Now, I’m going to show how you can extract the worksheets as workbooks based on your purposes. 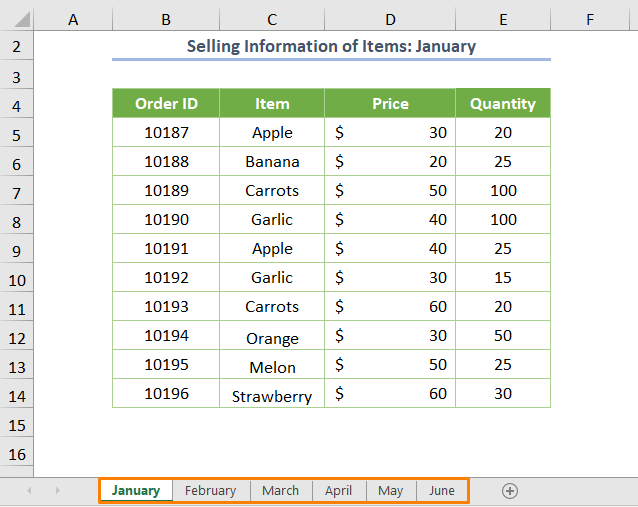 If you want to create one or more distinct workbooks and skip any complexity, you may betake this method. 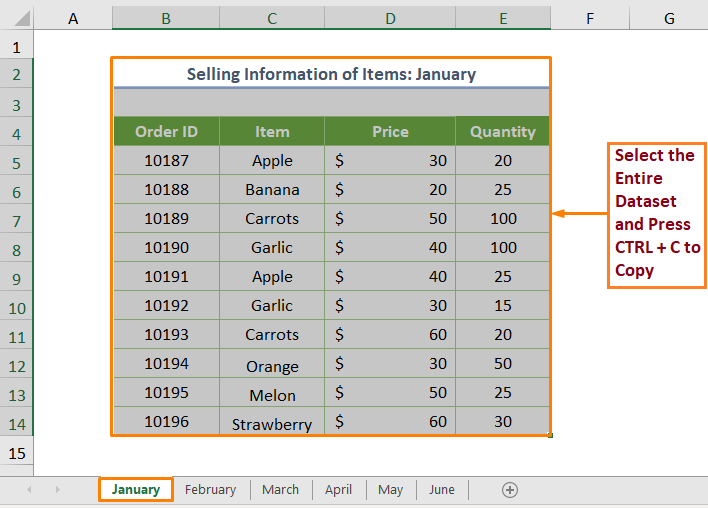 ➜ Now, paste the copied data (by pressing CTRL + V) and save the file as Excel Workbook (*.xlsx). And rename the workbook as January. 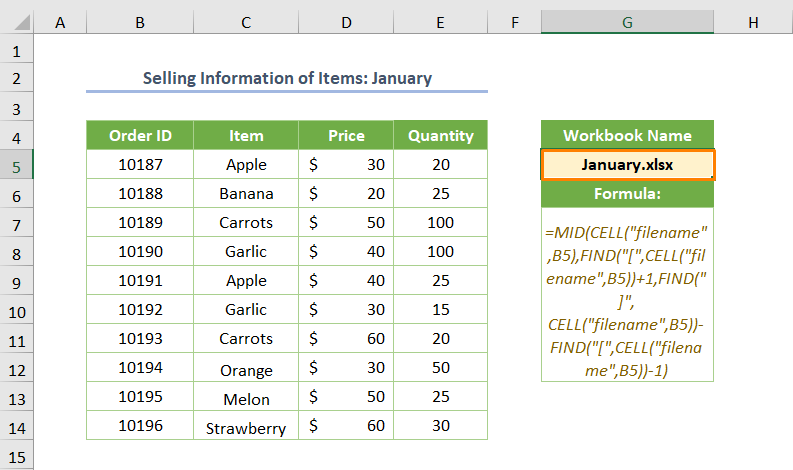 Here’s I want to share a simple trick. You may check the name of the workbook using the following formula which is mainly the combination of the MID, CELL, and FIND functions.

Here, B5 is the starting cell of the Order ID. However, you may insert any cell within the workbook.

In the above screenshot, I used the formula in the G5 cell and found that the workbook is January (created this a while ago).

Read More: How to Separate Sheets in Excel (6 Effective Ways)

2. Right-Clicking over Sheet Tab to Split Sheets into Workbooks

But it’s not fruitful to use the simplest copy-pasting method. Besides, when you need to split some sheets into a specific workbook. For example, you may want to create a separate workbook containing four working sheets (e.g. January, February, March, and April).

➜ Firstly, go to the Sheet tab (located at the lower part of the working sheet). Then, select the specified working sheet holding the CTRL key simultaneously.

➜ After executing that, choose the Move or Copy… from the Context Menu. 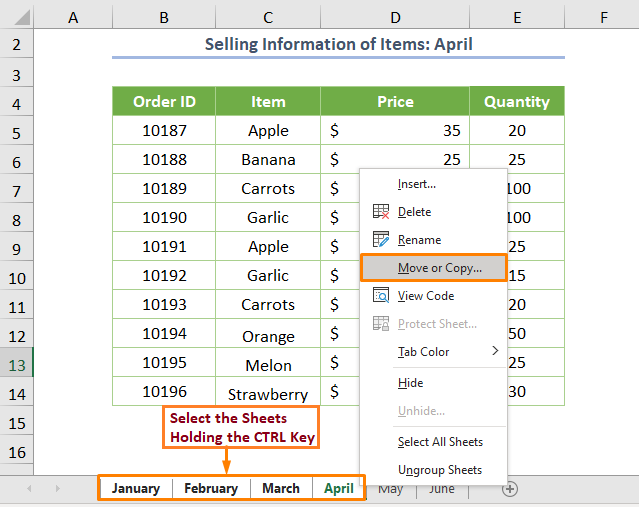 ➜ Subsequently, pick (new book) under the drop-down list of the To book option and also check the box before the Create a copy option. 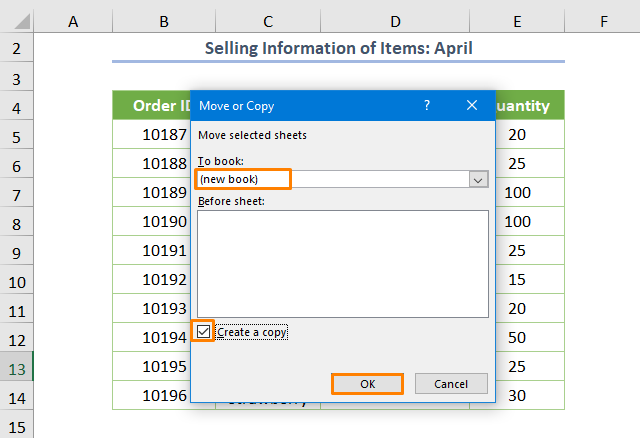 After saving the workbook as Workbook2, you’ll get the following output. 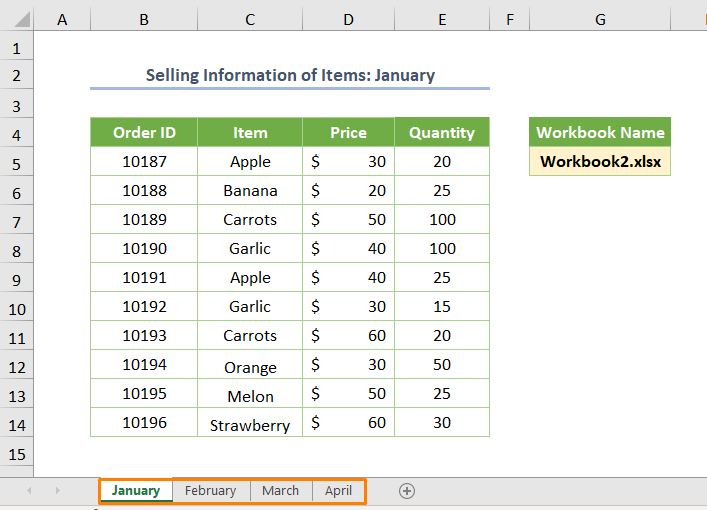 3. Splitting Sheets into an Existing Workbook

Furthermore, you can split any sheet into an existing workbook instead of creating a new workbook. For instance, you want to extract the sheet namely May to the Workbook2 (previously created workbook).

➜ Go to the Sheet tab and choose the Move or Copy…option (as shown in the second method) while keeping the cursor over the May sheet. 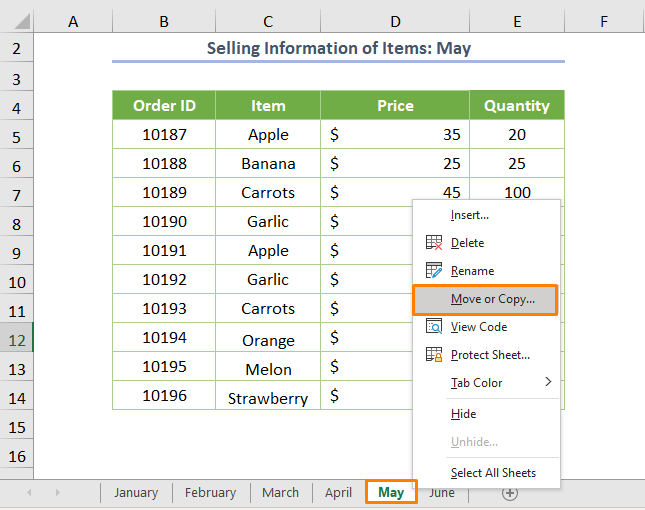 ➜ Later, pick (Workbook2.xlsx) under the drop-down list of the To book option. In addition, choose (move to end) under the Before sheet option. And also check the box before the Create a copy option. 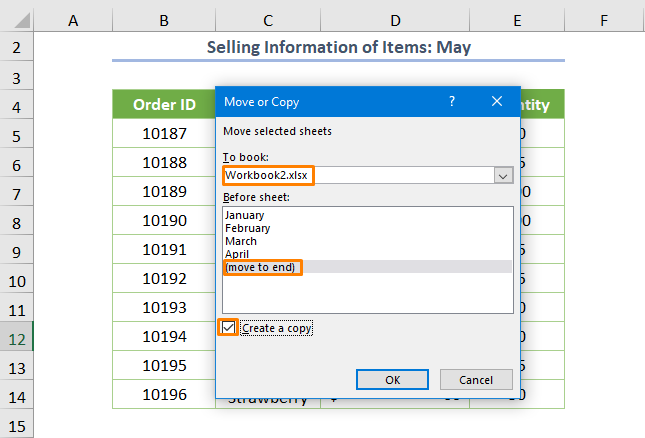 Eventually, your copied sheet is added to Workbook2 as shown in the following image. 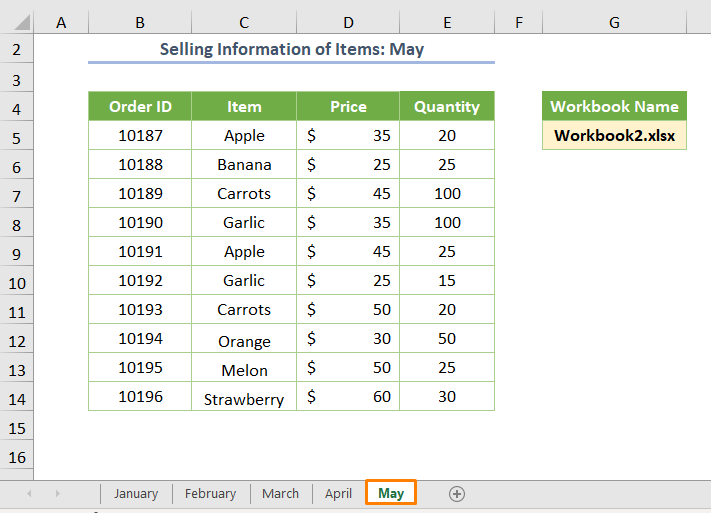 How would you feel if you are to able to split every sheet in your workbook into separate workbooks directly? Sounds interesting! Exactly, you can do that.

The following screenshot displays the Split Sheets into Workbooks. In this folder, you need to create separate workbooks.

Before doing that you need to create a module to insert the VBA code.

Then, copy the following code into the newly created module.

After running the code (keyboard short is F5), you’ll get the following output (separated workbooks) at the path of your previous workbook.

However, you may also split worksheets based on the column using VBA.

That’s all for today. I firmly believe that from now you can spit the sheets into separate workbooks in Excel accordingly to your requirement. Anyway, don’t forget to share your thoughts.

How to Print Gridlines in Excel Online (2 Easy Ways)