How to Edit Named Range in Excel (With Easy Steps)

What Is Named Range in Excel?

Named range refers to naming several cells in Excel instead of calling them through their range. It can be a whole column or whole row or specific cells. After defining the named range, we can perform any operation of those cells only by calling the name of the named range. For any kind of reference, we can call them by their name.

Additionally, a named range does not change when a formula is copied to other cells. It provides an alternative to using absolute cell references in formulas.

How to Define Named Range in Excel 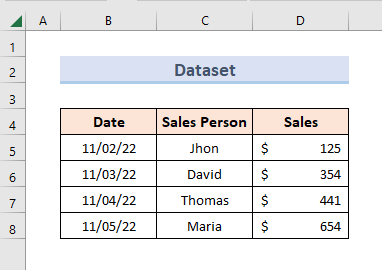 Let’s follow the steps below to define a named range in Excel. 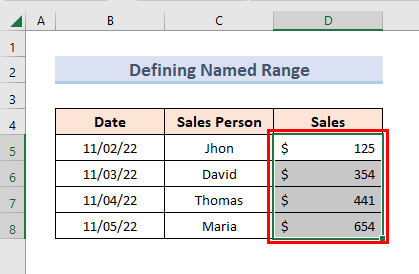 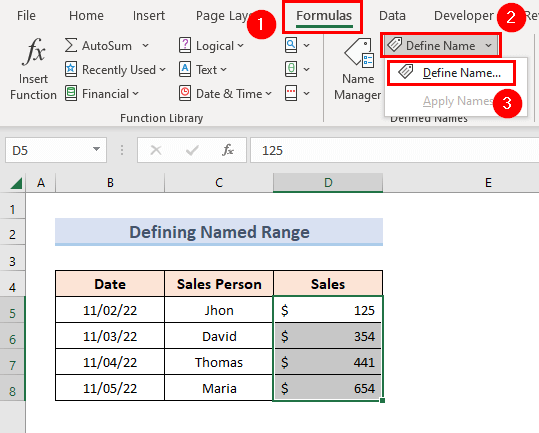 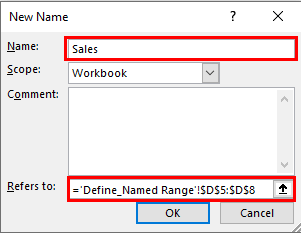 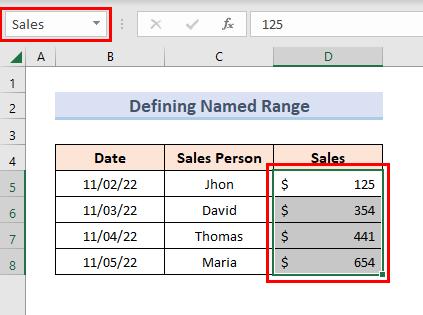 In the last section, we’ve discussed the named range and how to define it. Now we are going to explain how to edit the named range in Excel. Editing a named range can be required sometimes because we may need to change the name or the range as our data expands.

We can edit the named range with the Name Manager command in the Formulas tab. The stepwise procedure is described below. 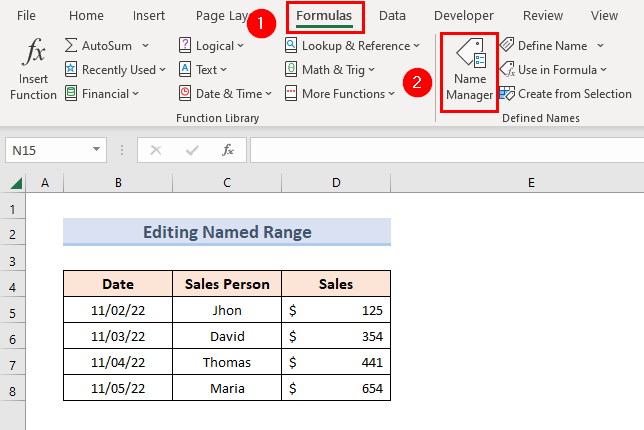 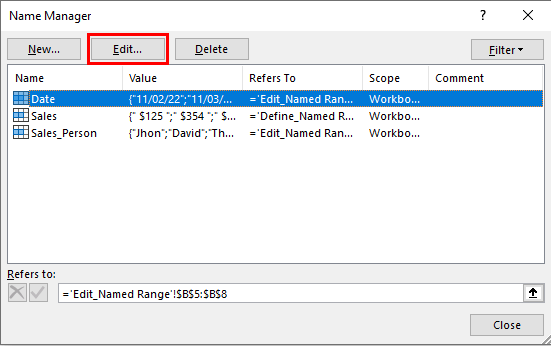 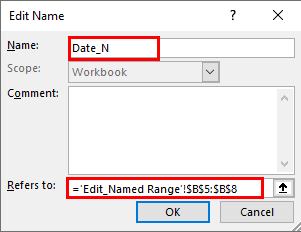 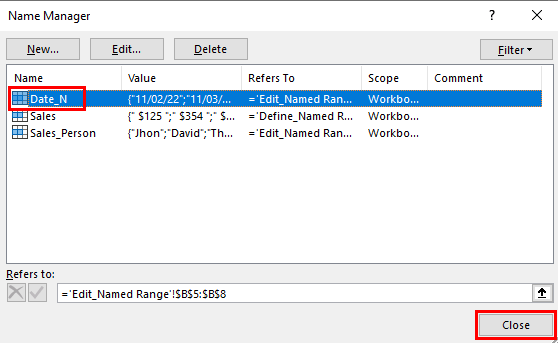 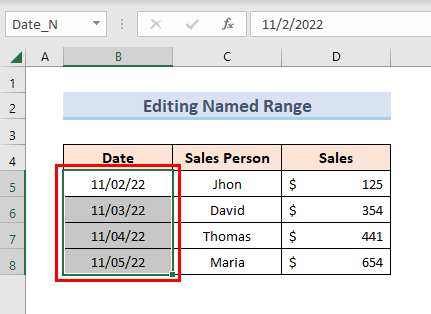 Rules and Restrictions for Defining Named Range in Excel