How to Exclude a Cell in Excel AVERAGE Formula (4 Methods)

4 Methods to Exclude a Cell in Excel AVERAGE Formula

In this article, we will explain 4 methods to exclude a cell in the excel AVERAGE formula. To illustrate these methods to you we may use different datasets for different methods. We will go over several examples to clarify all the methods in this article. 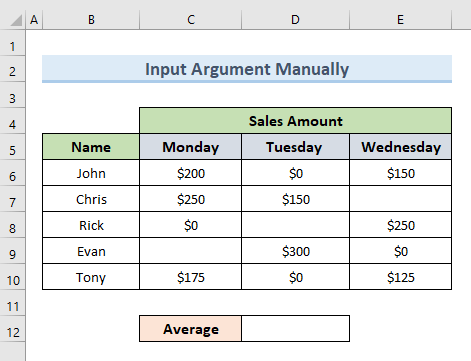 So, let’s take a look at the steps to Input Argument Manually to Exclude a Cell in Excel AVERAGE Formula. 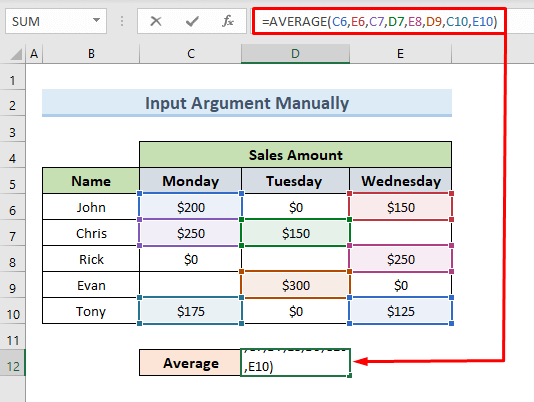 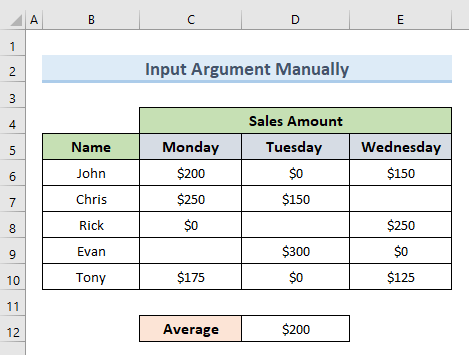 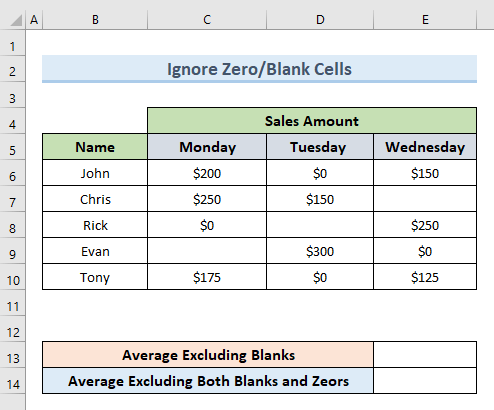 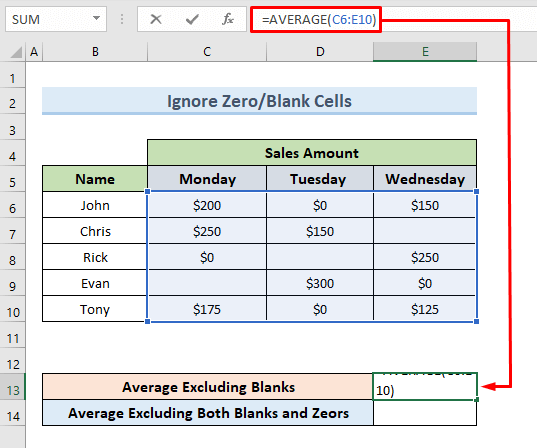 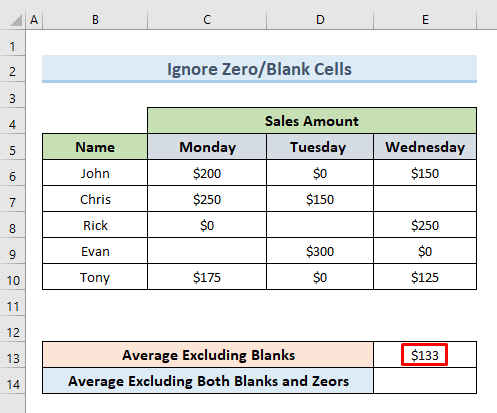 So, we get the average value for the value range (C6:E10). If we notice the above calculation, the AVERAGE formula excludes the blank cells by default. But it considers zero cells. That’s why the average value is different from the previous example. 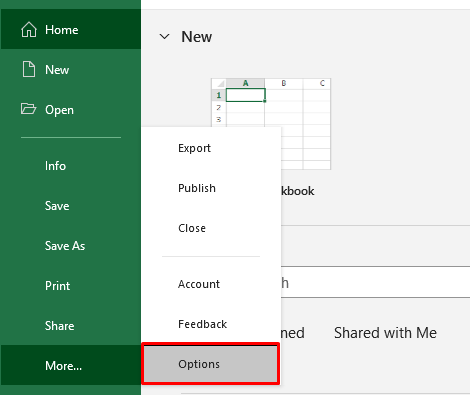 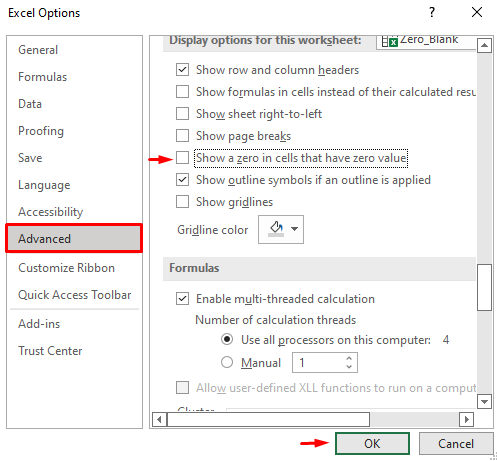 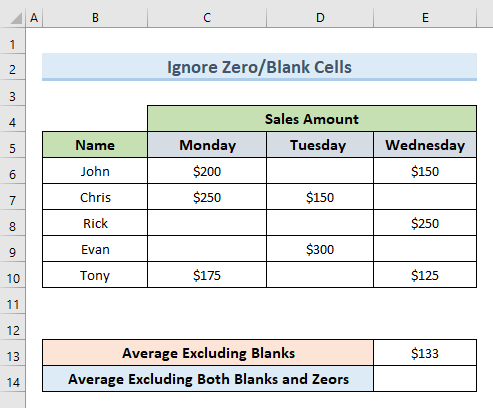 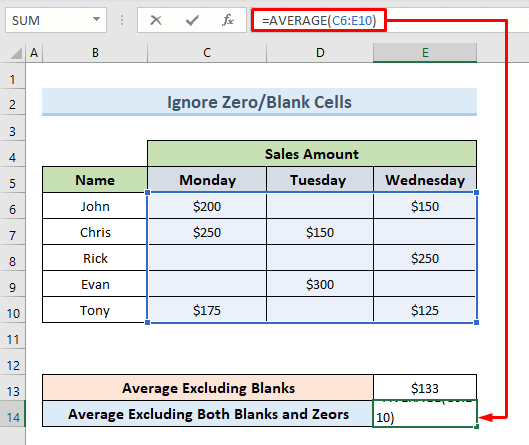 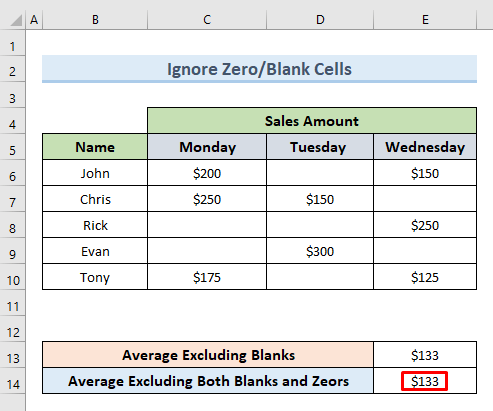 Read More: How to Calculate Average in Excel Excluding 0 (2 Methods)

Sometimes we will have error values in our dataset. If we include that error cells in our excel formula we will get an error in our result also. In the following dataset, we have three error cells. To clarify this method to you firstly we will calculate the average value for the data range including error cells. Secondly, we will do the same but this time we will exclude error cells with the IFERROR function. 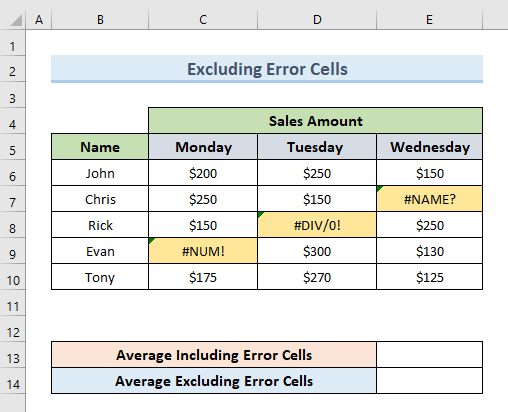 So, let’s see the steps to Use the AVERAGE Formula for Ignoring Error Cells in Excel. 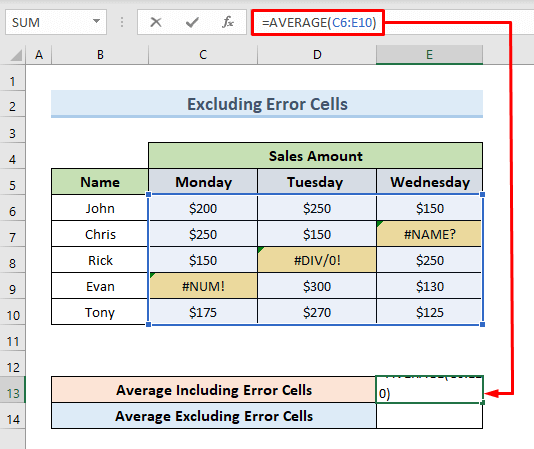 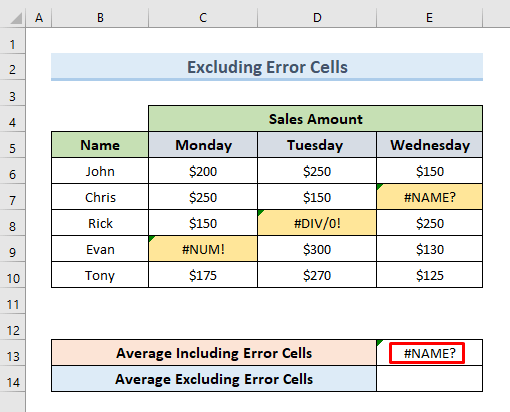 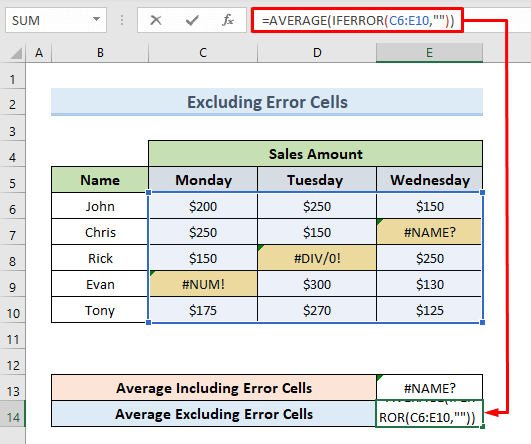 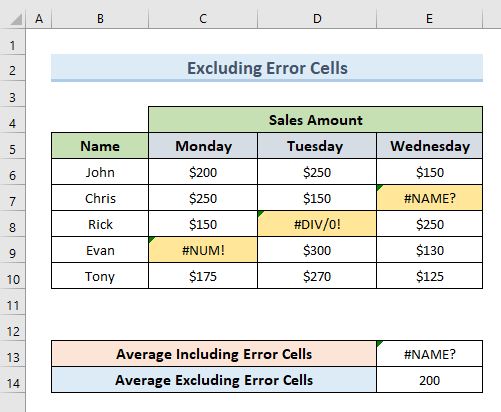 4. Combination of Excel SUM and COUNT Functions to Exclude Cells

In this example, we will use a combination of SUM and COUNT functions to exclude a cell in the AVERAGE formula. In the following dataset, we will calculate the average sales for different days of weeks. At the time of calculating the average, we will exclude the cells containing zero values. 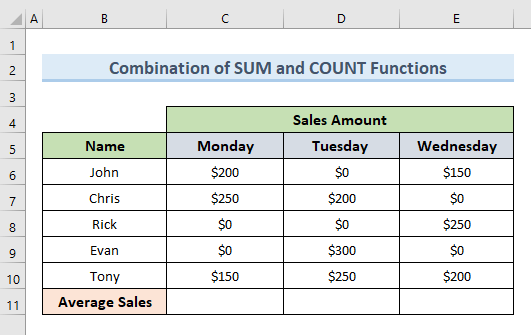 Let’s see how we can do this by following some simple steps. 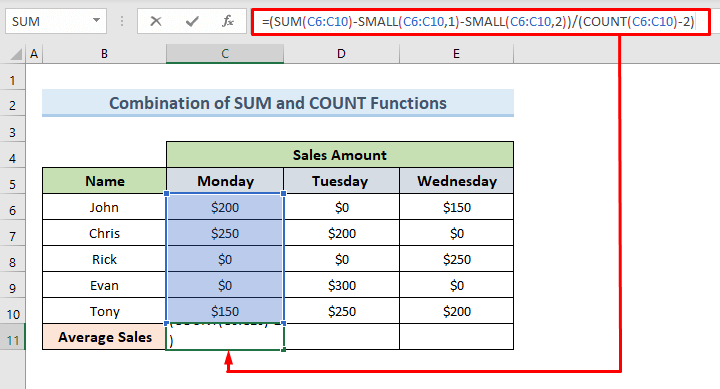 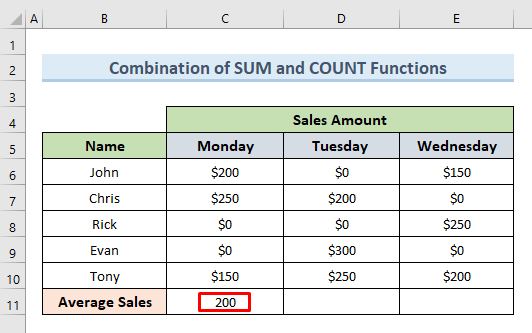 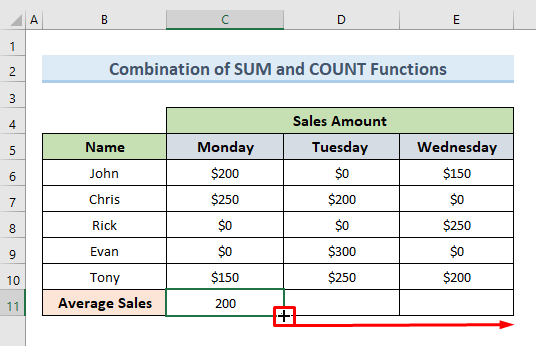 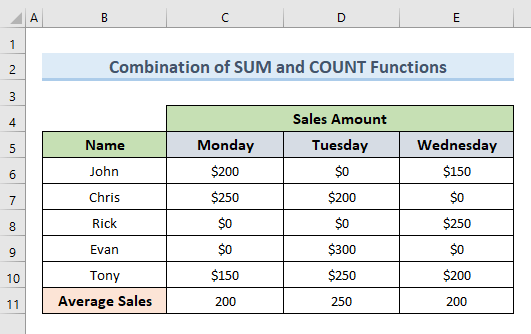 In the end, this article will give you an overview of how to exclude a cell in the excel AVERAGE formula. To practice yourself download the practice workbook added with this article. If you feel any confusion just leave a comment in the below box. We will try to answer as soon as possible. Stay tuned with us for more interesting solutions to Microsoft Excel problems.

Hi there! I am Mukesh Dipto. I graduated with a bachelor's degree in engineering. Currently, I am working as a technical content writer in ExcelDemy. You will find all my articles on Microsoft Excel on this site. Outside of the workplace, my hobbies and interests include sports and meeting new people. I also enjoy sports. My favorite sports are football (to watch and play) and Badminton (play).