How to Use Excel PI Function (7 Examples)

PI is the ratio of a circle’s circumference and its diameter.

The syntax for the PI function is:

The PI Function syntax has no arguments.

7 Examples of Pi Function in Excel

If we want to use the value of Pi in a function or calculation, simply replace it with the function PI. Let’s look at a few simple examples to demonstrate how the PI function works.

Many arithmetic operations using the circle contain the constant π (Pi). The circumference of a circle is calculated using the formula 2πr. In the following example, column B contains the radius (r) and the diameter which is in column C is 2r. In column D, we can see the formula and the results are in column E.

Now, the formula for calculating the circumference of a circle using PI function is: 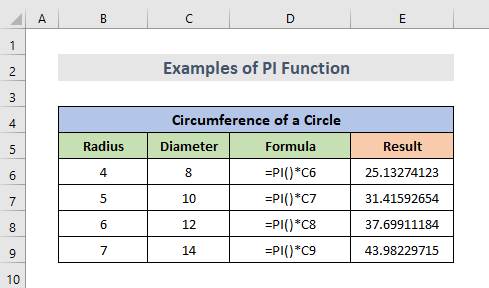 2. Excel PI Function to Find the Area of a Circle 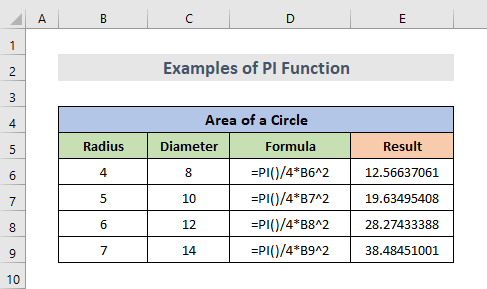 3. The Volume of a Sphere

For calculating the volume of a sphere from the radius. We only need the radius for this calculation which is in column B. The mathematical formula for this is 4/3*πr^3. The formula for excel is: 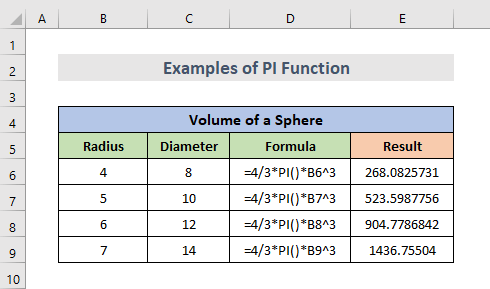 4. Degrees to Radians or Vice Versa

The PI function also can be used for changing from degrees to radians or vice versa. For this, we need numbers which we want to change. In the following example, the numbers are in column B. So, the formula will look like this:

We can use any of those two formulas. In the picture below we use the first formula. 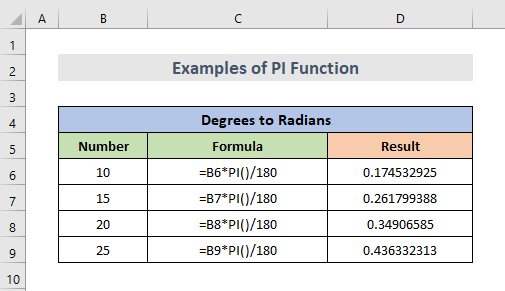 5. Period of a Pendulum 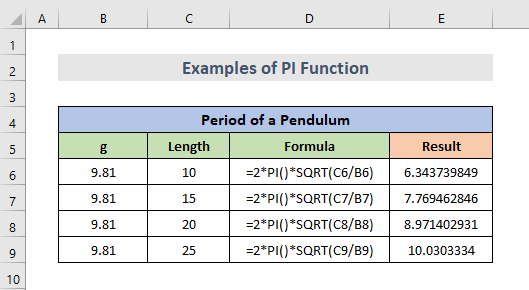 Read More: How to Use SQRT function in Excel (6 Suitable Examples)

To convert an angle measured in radians, we can use the degree function to get the corresponding angle in degrees. For instance, the formula for converting the radians to degrees using the PI function is:

And this formula returns 360. 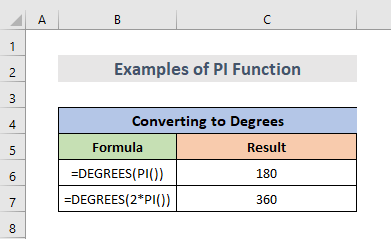 Similarly, we can also use the PI function in VBA.

Enter the arguments for the function straight into the function or declare the variables to use instead. Alternatively, create a variable called “pi” and make it equal to the results of the worksheet function. 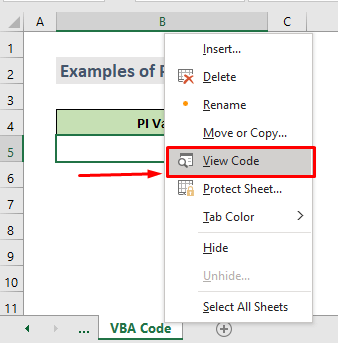 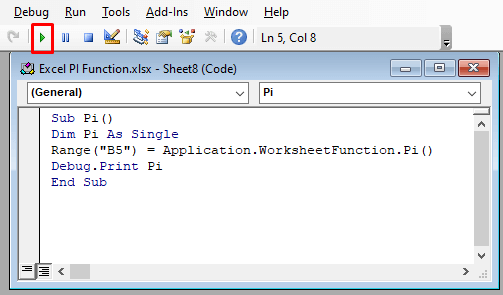 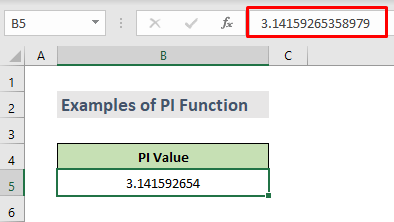 There is not much that can go wrong with the PI function, except the #NAME? error. If we get a #NAME? error while trying to utilize Pi in an Excel calculation, it’s by reason we failed to include the opening as well as the closing parenthesis. 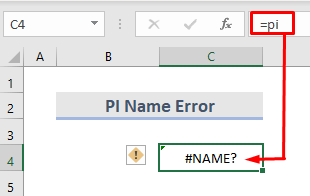 Remember that Pi is an excel function, and although it doesn’t take any parameters. It must be entered with parentheses for excel to identify it as such. 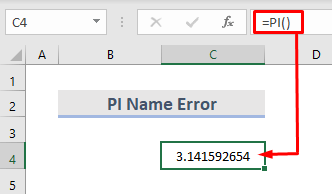 Hope this will help you! If you have any questions, suggestions, or feedback please let us know in the comment section. Or you can have a glance at our other articles in the ExcelDemy.com blog!