In MS-Excel there are several functions purposed for counting different kinds of cells, such as blanks or non-blanks, with a number, date, or text values, containing specific words or characters, specific time. In this article, we will discuss the various uses of COUNTIF between two cell values in Excel.

What is COUNTIF Function

The syntax of the function is as follows:

In this function both the arguments in the parameter are mandatory. Firstly, it takes the range of cell which will be counted. The second section takes the criteria which is the condition. Based on this condition the counting will be executed. For more details visit this page Link

1. How to Count Cells by Comparing Numbers and Dates Using COUNTIF

Here I will show how to compare cells using the COUNTIF function. Let’s assume we have a dataset of some Salespersons with their Sales and the Sales Target Amount. Now I will count the cells which will be the same or greater than the Criteria Sales value. 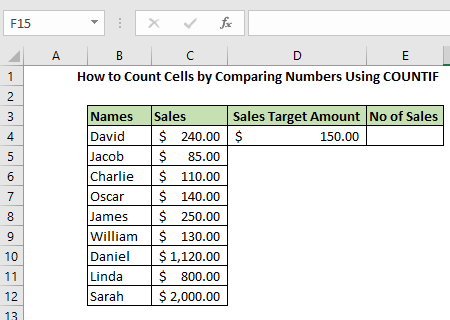 Firstly, I have passed the range of our cells which is the Sales column. After that, I have compared each cell value with our criteria value which is in the D4 cell. The whole formula will return results after comparing the values. 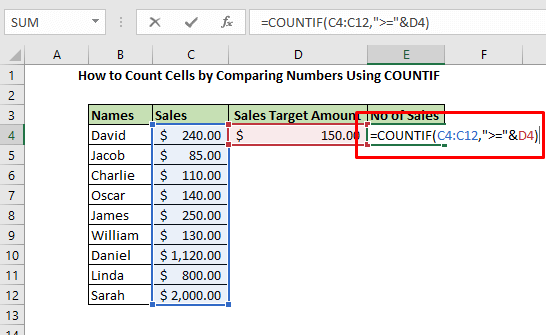 Step 2: After pressing Enter the result will be showed. 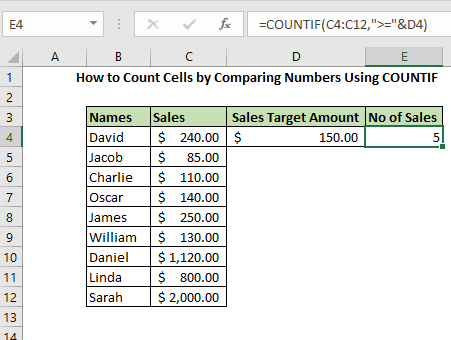 Thus, how we can compare numbers between two cells using the COUNTIF function.

2. How to Count a Particular Time Using COUNTIF

Let’s assume we have a dataset of a person named John with his daily cycling duration. The duration is in hh:mm:ss format which is the first hour the minutes then the second in the sequential format. Now I will show how to count the cells which are greater or equal to the cell value D4. 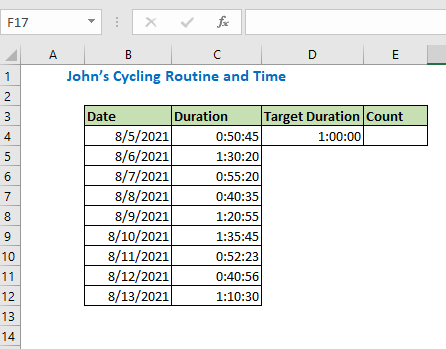 Step 1: Enter the formula in cell E4 and press Enter.

Firstly I have passed the range of our cells which is the Duration column. After that, I have compared each cell value with our criteria value which is in the D4 cell. The whole formula will return results after comparing the values. 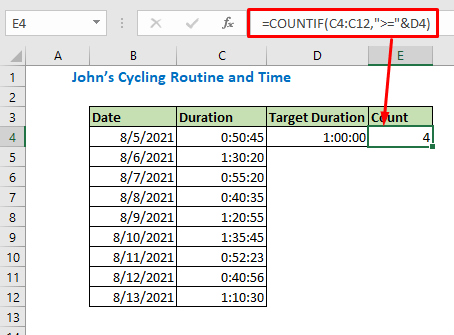 3. How to Count Cells within a Range Using COUNTIF

Now we will find out or count cells a range of cells using the COUNTIF function. For this, we will use the same example which was used in method 1. But here I will show how to find out the number of sales where our target sales are between $150 and $500. 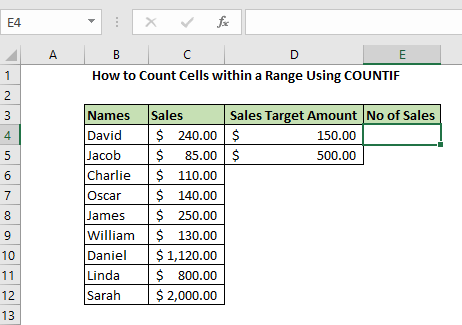 Step 1: Enter the formula in cell E4 and press Enter. 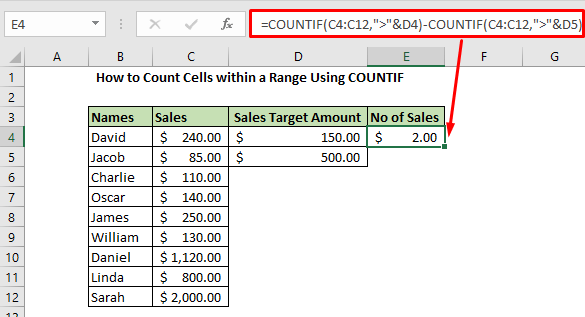 [ Note: This method applies to any range of dates and other numeric variables.]

Read More: How to Use COUNTIF for Date Range in Excel (6 Suitable Approaches)

4. How to do OR Operation Using COUNTIF.

Sometimes we may need to search different items from any dataset. This way we can use COUNTIF functions to search multiple things at a time. Let’s have a dataset of some foods. Now we will count how many food items are related to Salad and Pasta. 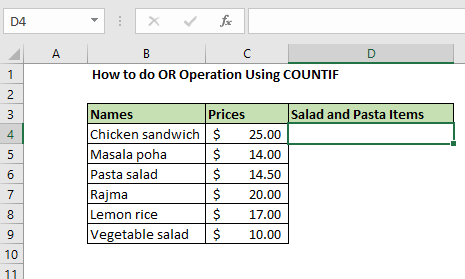 Step 1: Enter the formula in cell D4 and press Enter.

5. Enter the formula for OR operation using COUNTIF 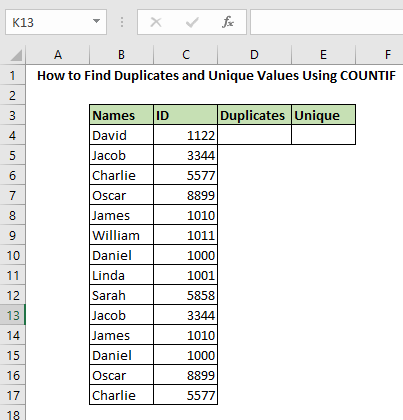 Step 1: Enter the formula in cell D4 and press Enter.

Here in the first inner function COUNTIF(B4:B17, B4:B17)>1 is finding the duplicates by comparing each cell with another in the Names cell and (B4:B17<>””) is checking if two values are not equal to each other. Additionally here is used SUMPRODUCT function. Which syntax is like this: 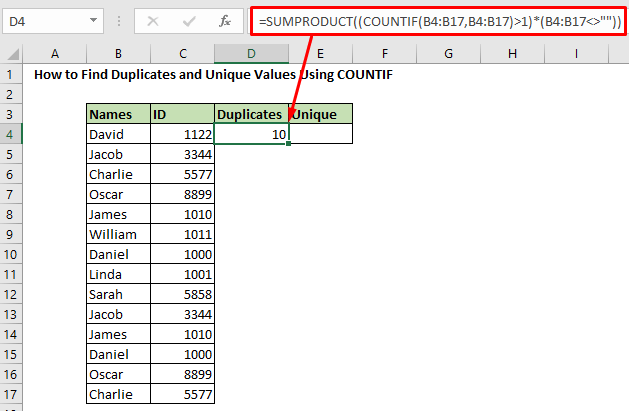 Step 2: Same for the Unique values. First, enter the formula in cell E4 and press Enter.

This is the same as the previous formula. Instead of comparing the duplicates values here, we are finding the unique values by (COUNTIF(B4:B17, B4:B17)=1) this part. 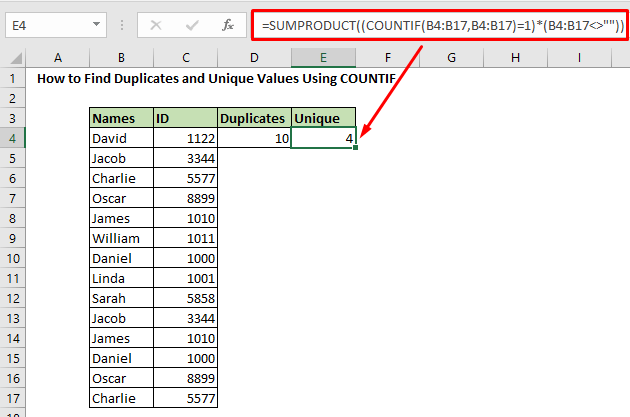 Read More: How to Use COUNTIF to Count Cells Greater Than 0 in Excel

These are the ways to use the COUNTIF function for two different cells in Excel. I have shown all the methods with their respective examples but there can be many other iterations. Also, I have discussed the fundamentals of these functions and their most commonly used format codes. If you have any other method of achieving this, please share it with us.