First of all, get introduced to our dataset that represents some salespersons’ selling region for two consecutive months. Now we’ll compare them to get the matches. 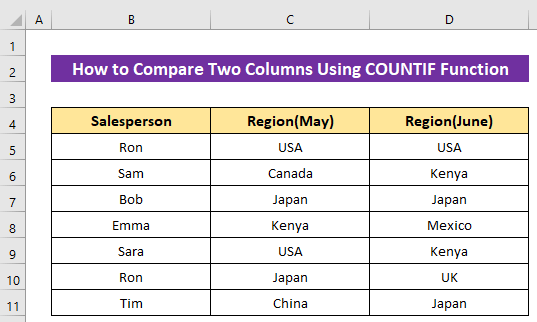 1. Use Only COUNTIF Function to Compare Two Columns in Excel 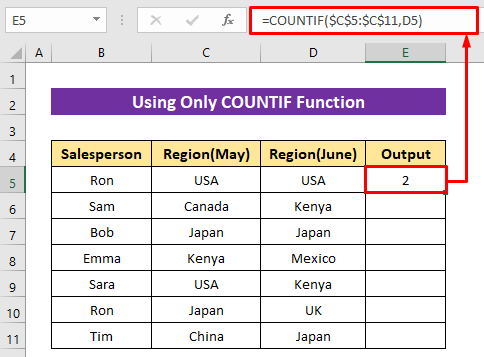 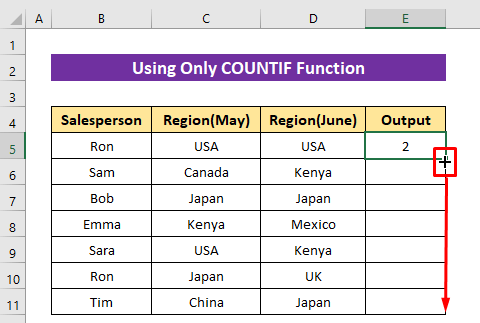 Soon after, we’ll get the match number for every value like the image below. 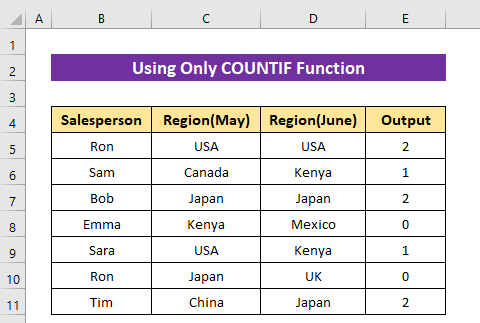 Read More: How to Apply COUNTIF Between Two Cell Values in Excel

2. Combine IF and COUNTIF Functions to Compare Two Columns

Now we’ll merge the IF and COUNTIF functions to compare two lists. Basically, we’ll use the previous formula with the IF function to return ‘Match’ and ‘No Match’ as the output for every value in Column D. It will help when we don’t need the match number, just need the match status. 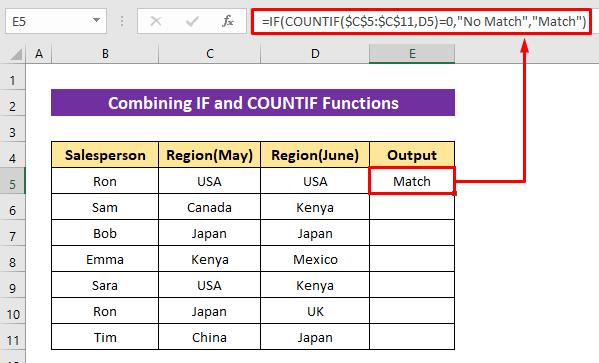 Firstly, the COUNTIF function will count the match number for every value of Column D from Column C. Then if it gets equal to zero then will return TRUE otherwise FALSE.

Finally, the IF function will return ‘No Match’ for TRUE and ‘Match’ for FALSE. 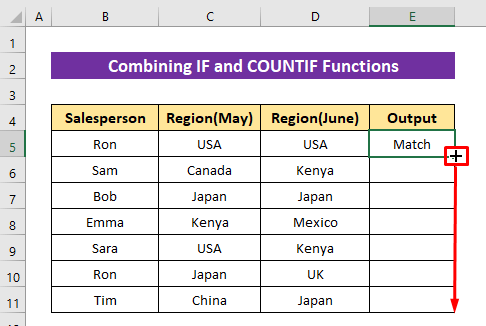 Now see, the formula is returning the desired output. 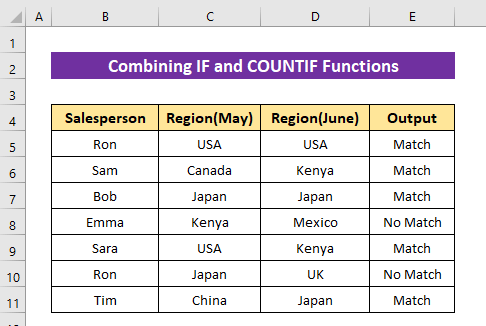 Read More: COUNTIF Function to Count Cells That Are Not Equal to Zero

3. Merge IF, COUNTIF and COUNTA Functions to Compare Two Columns

To compare two columns in Excel, we can apply a formula that will return the match by comparing them in a row. That means it will search for a match only on that row. So, we’ll combine the COUNTA function with the IF and COUNTIF function to do that. 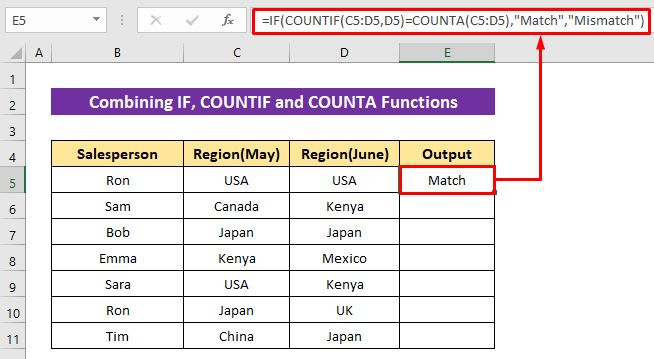 First, the COUNTA function will count cells from the range of the row.

Then the COUNTIF function will count the match from the row based on the value of the second column.

After that, this logical test will happen to check whether it is TRUE or FALSE.

Finally, the IF function will return ‘Match’ for TRUE and ‘Mismatch’ for FALSE. 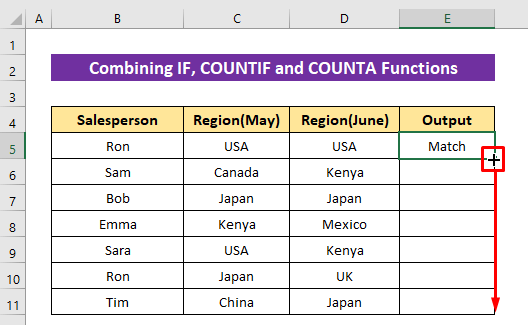 Here’s the final output of the comparison based on each row. 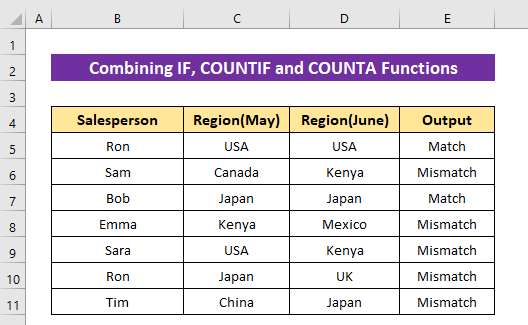 Read More: How to Use Nested IF and COUNTIF Formula in Excel

In our last method, we’ll compare by counting the total matches between two columns by using the SUMPRODUCT function with the COUNTIF function. 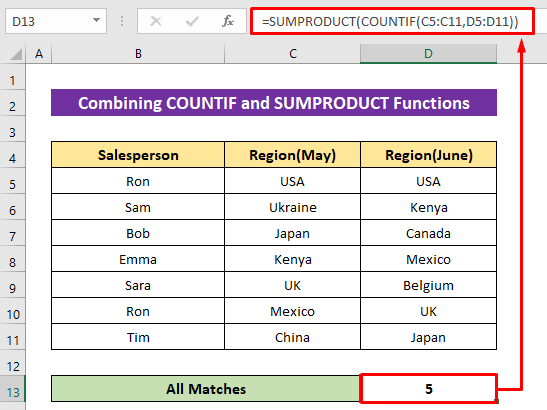 The COUNTIF function will check if each value from Column C matches Column A. If matches then 1 will return, otherwise will return 0. It will return the output as an array- {1;1;0;1;0;1;1}

Finally, the SUMPRODUCT function will sum up all the values from the array and will return 5.

That’s all for the article. I hope the above procedures will be good enough to compare two columns using the COUNTIF function. Feel free to ask any questions in the comment section and give me feedback.