What is spreadsheet and how it works

A spreadsheet is basically a worksheet which is divided into rows and columns to store data; data from business inventories, income-expense report, and debit-credit calculations. Today’s business world uses electronic spreadsheets in the place of antiquated paper-based worksheets.

You can change the value stored in a spreadsheet cell. Changing the value in an old-fashioned paper-based worksheet was toilsome as it created tedious manual recalculation.

A spreadsheet is made up of three things:

What is spreadsheet column?

In a spreadsheet, the column is the vertical space that is going up and down the spreadsheet. The highlighted part of the following spreadsheet is a column and it is labeled B. 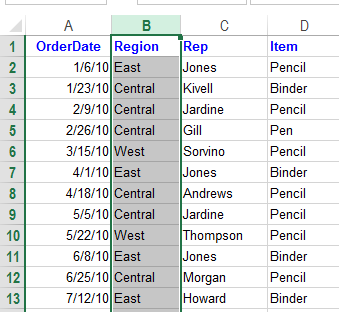 Figure 1: Spreadsheet column. The highlighted part is the column B.

What is a spreadsheet row?

In a spreadsheet, the row is the horizontal space that is going across the spreadsheet. The highlighted part of the following spreadsheet is a row and it is labeled number 5.

What is a spreadsheet cell?

Spreadsheet Cell. Highlighted space is a cell created by the cross-section of column D and row 5, cell address D5.

Last cell in a spreadsheet 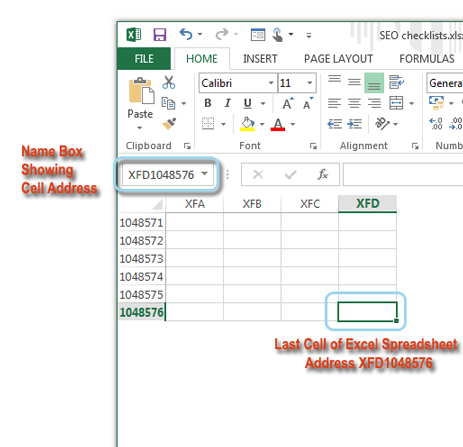 Last cell of an Excel 2013 spreadsheet.

The data types you can store in the cells

A modern spreadsheet is made up of a huge number of cells. A Microsoft Excel 2013 spreadsheet holds more than 17 billion cells. A cell holds three basic types of data:

Read More: What is a cell in excel definition? 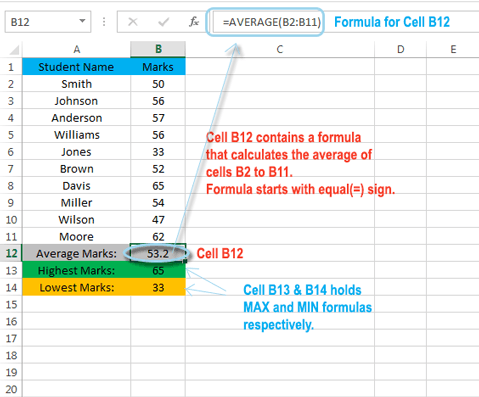 What is spreadsheet cell can contain

What is the spreadsheet’s invisible drawing layer?

A spreadsheet can also hold charts, diagrams, pictures, buttons, and other objects. But these objects aren’t contained in cells. Instead, they reside on the worksheet’s drawing layer, which is an invisible layer on top of each worksheet. Excel is the most used spreadsheet program in the world and industry standard. There are other Excel programs but Excel is the most popular.