How to insert square root symbol in Excel (7 easy ways) 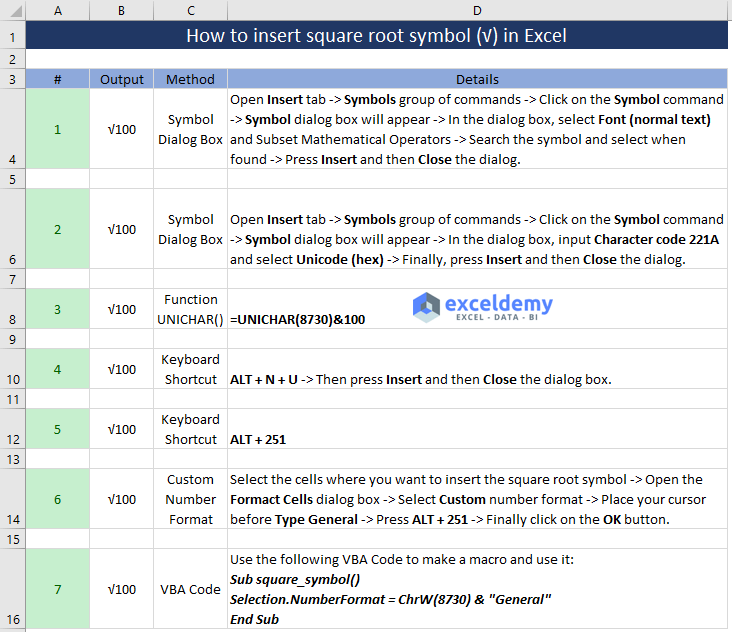 In this article, I will narrate how to insert square root symbol in Excel. The square root is one of the most used symbols in Excel.

I will show several ways. Choose the method that best suits your purpose.

This is the simplest way. 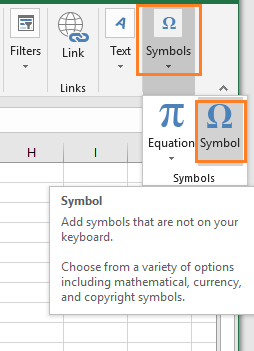 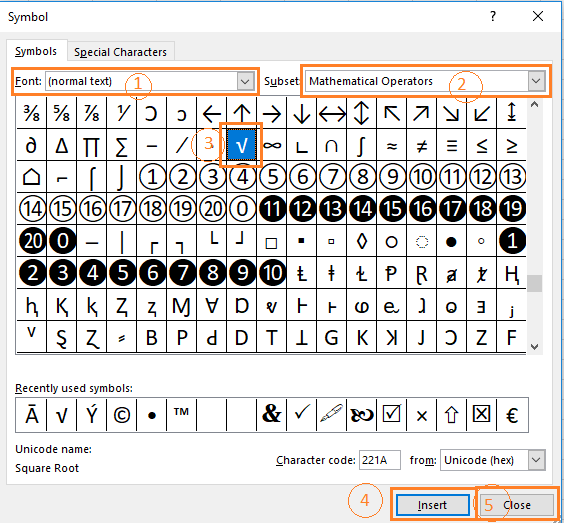 2) Using Character Code 221A in the Symbol dialog box

This process is almost the same as above. 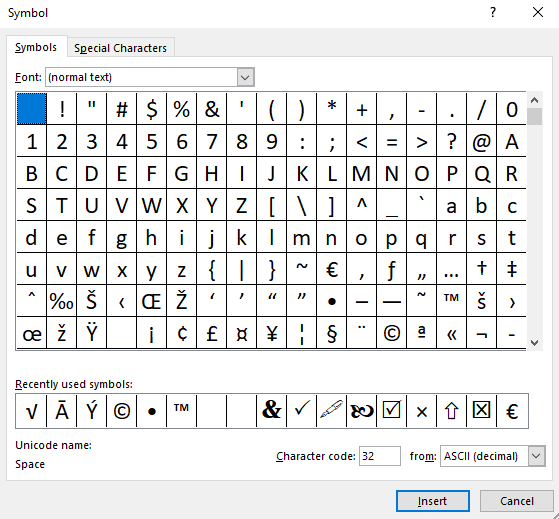 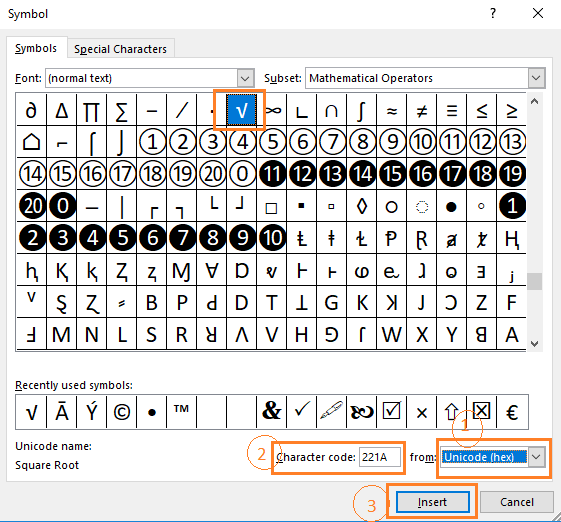 You can also use the UNICHAR function (with code 8730) of Excel to insert the square root symbol in Excel. See how I have used this function (image below). 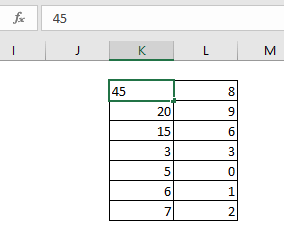 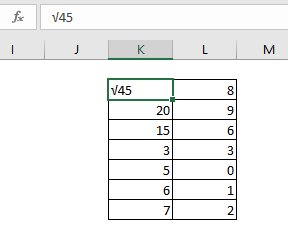 This is also good. 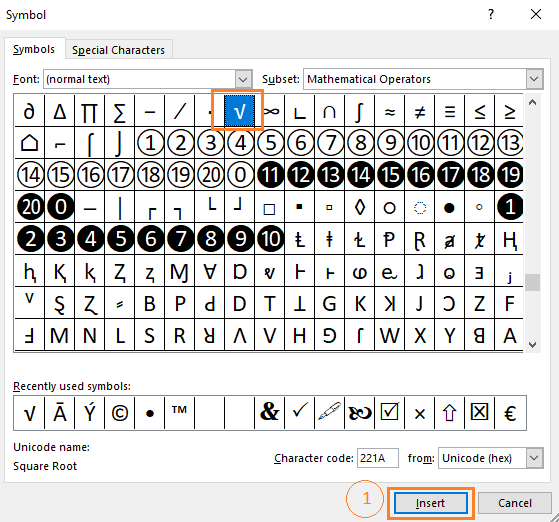 This method and the next one (using VBA) can be used to insert the square root symbol in more than one cell (at a time). 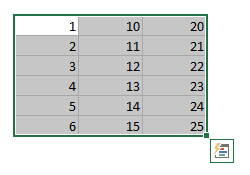 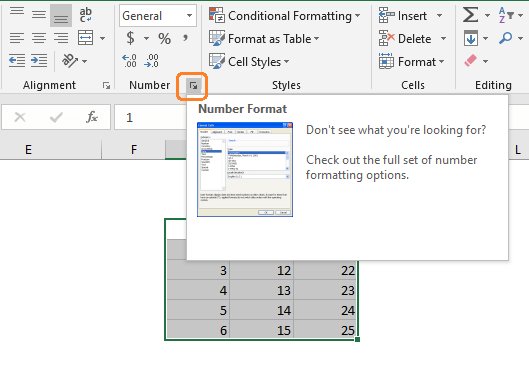 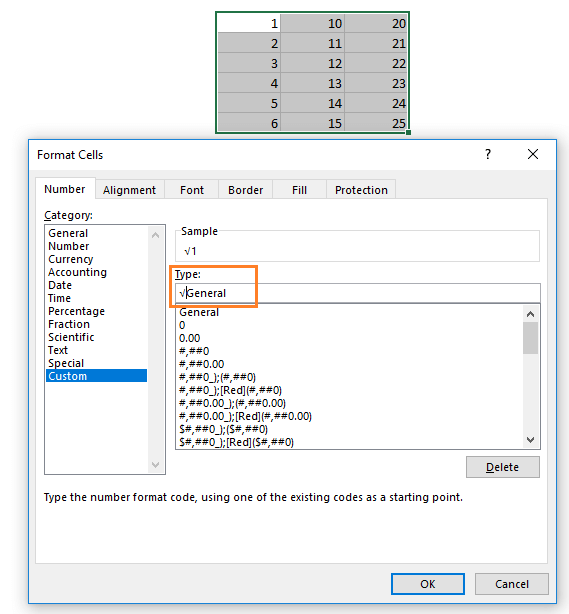 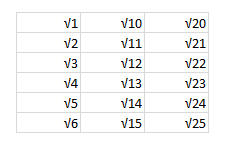 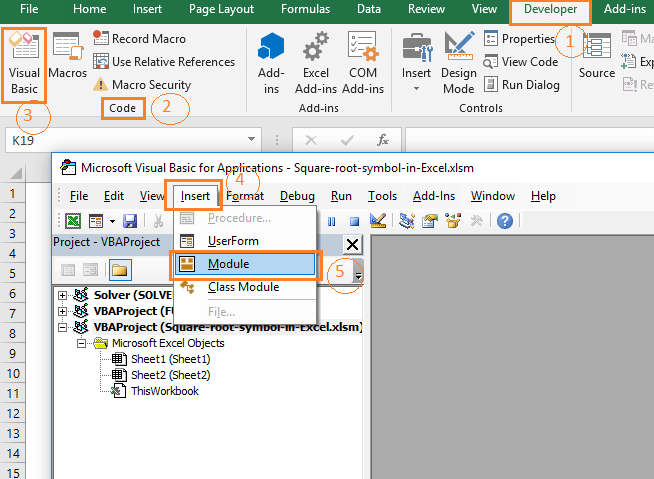 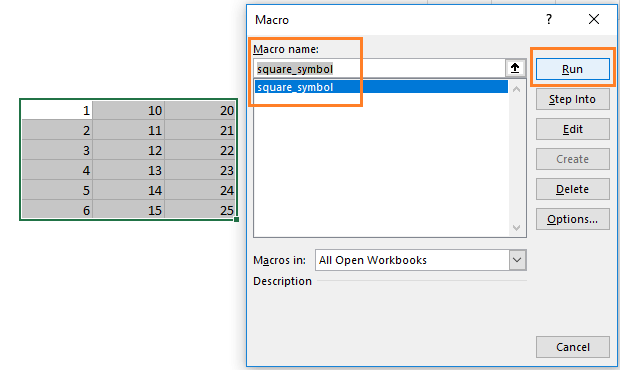 So, these are my ways to insert the square root symbol in Excel cells. Do you know any other way? I am eager to know. Let me know in the comment box.