How to Calculate Joint Probability in Excel (3 Ideal Examples)

What is Joint Probability?

P(AႶB) = Joint Probability of Event A and B

P(A) = Probability of Happening Event A

P(B) = Probability of Happening Event b

This section of the article will teach you three suitable and tricky examples of calculating Joint Probability in Excel. Moreover, I should not mention that I have used the Microsoft Excel 365 version for this article; you can use any other version according to your convenience. 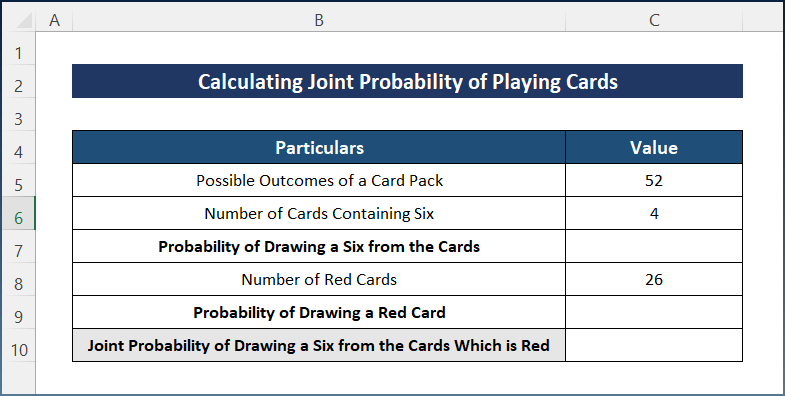 Hence, go through the steps below in order to complete the task easily. 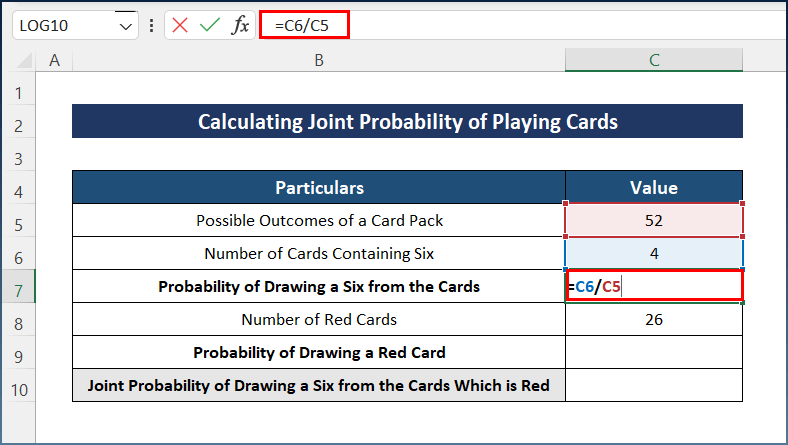 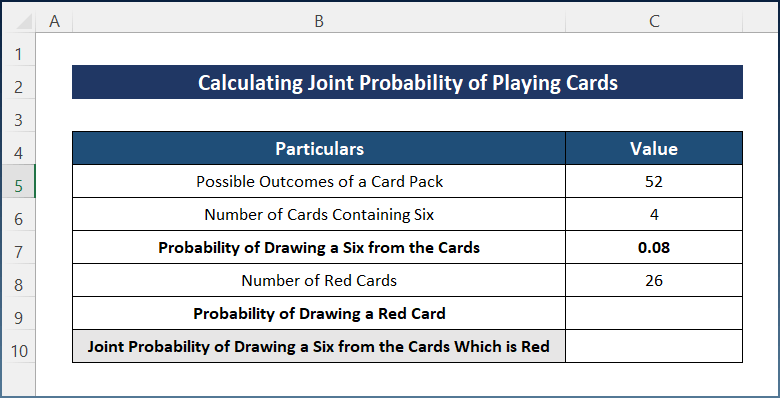 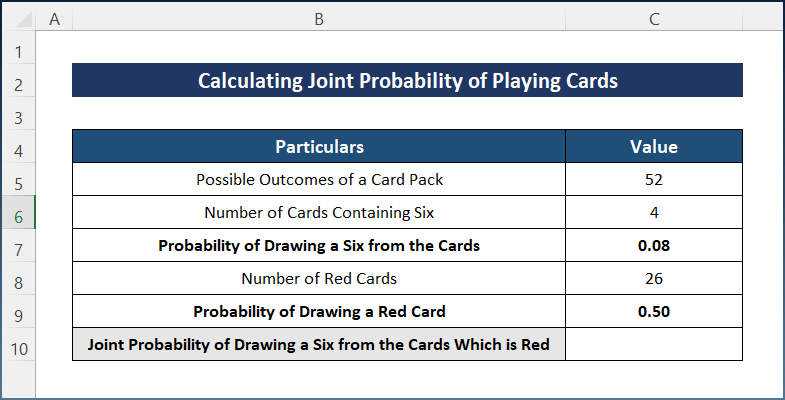 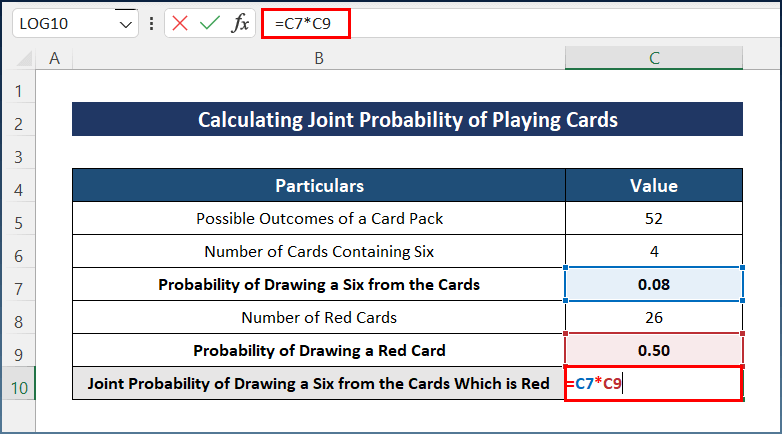 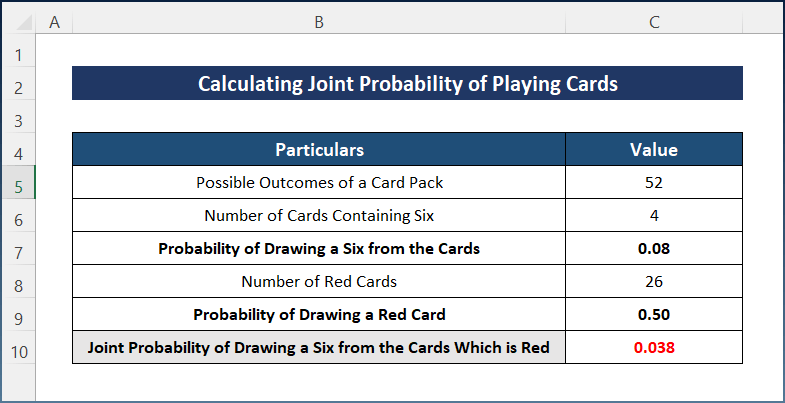 Read More: How to Calculate Probability Distribution in Excel (with Quick Steps)

These are all the steps you can follow to calculate the joint probability in Excel. Hopefully, you can now easily create the needed adjustments. I sincerely hope you learned something and enjoyed this guide. Please let us know in the comments section below if you have any queries or recommendations.

Hi, I am Mehedi. I have completed my B.Sc. from Bangladesh University of Engineering and Technology. I have a strong interest in innovation and research in the field of Data Science and Machine Learning. Gradually, I now understand the value of Data Analysis and I am trying to learn everyday.