How to Calculate Pooled Variance in Excel (with Easy Steps)

In this article, we will show how to calculate pooled variance in Excel with easy steps using vivid illustrations.

What Is Pooled Variance?

Pooled Variance is a statistical term also known as combined variance or composite variance. It indicates the average variance of two or groups. It is the single common variance among the groups. Mathematically Pooled Variance can be shown as:

When the sample sizes are the same (n1=n2), then we can use this simplified formula.

In this step, we will collect sample data to make a dataset and form a Table. This Table will make our calculation easy. 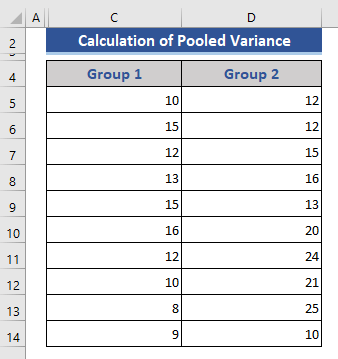 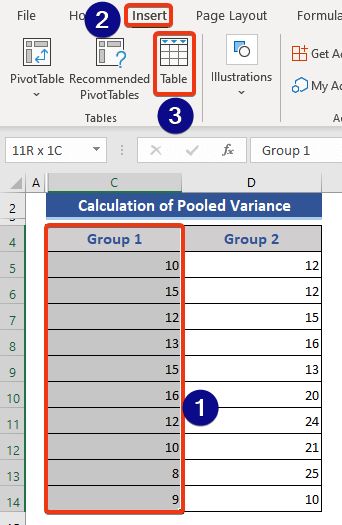 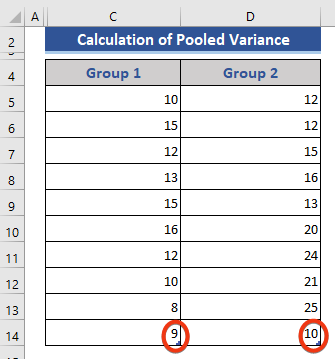 Read More: How to Do Variance Analysis in Excel (With Quick Steps)

Step 2: Count the Number of Samples

The COUNT function counts the number of cells in a range that contains numbers.

In this step, we will determine the size of the sample data using the COUNT function. 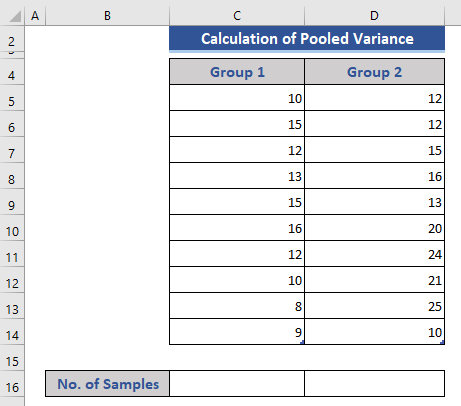 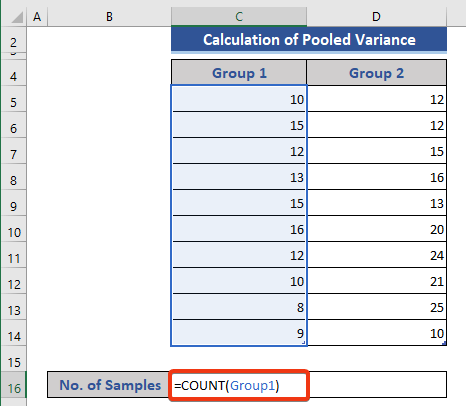 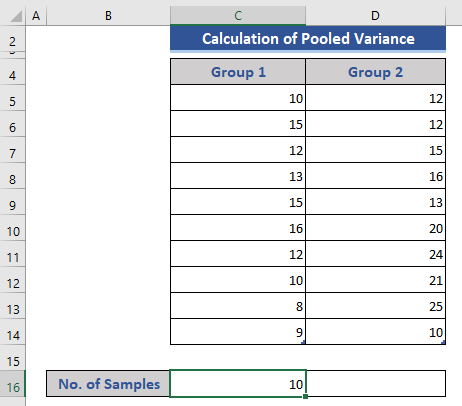 We get the data size of Group1. 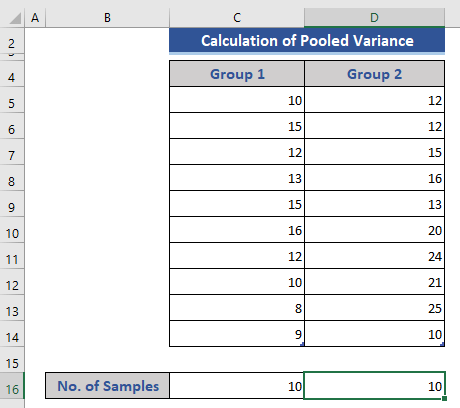 The VAR.S function estimates variance based on a sample (ignores logical values and text in the sample).

In this step, we will determine the variance. Excel has a default function for this. 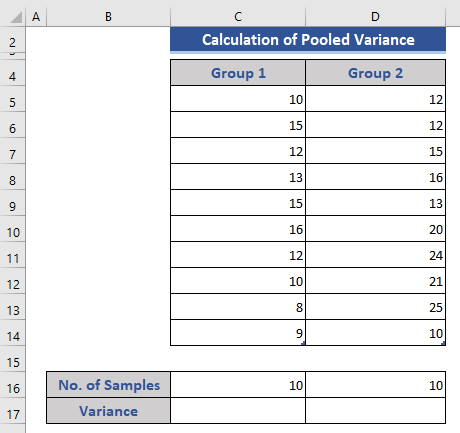 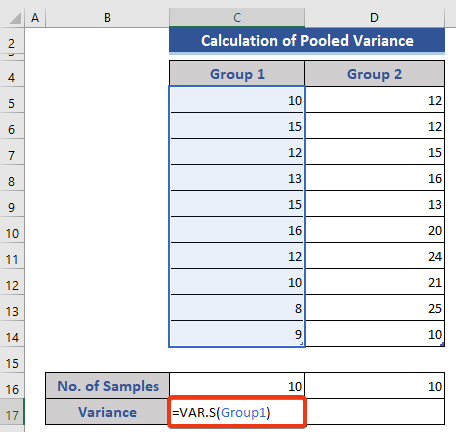 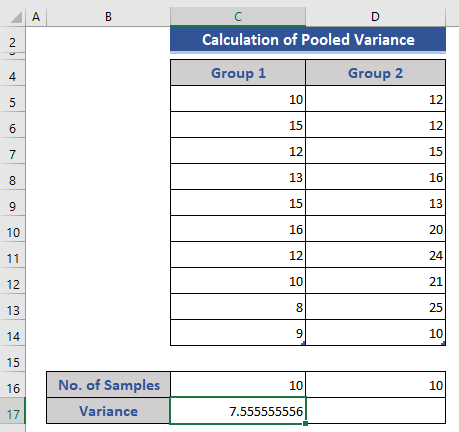 We get the variance for the data of the Group 1 column. 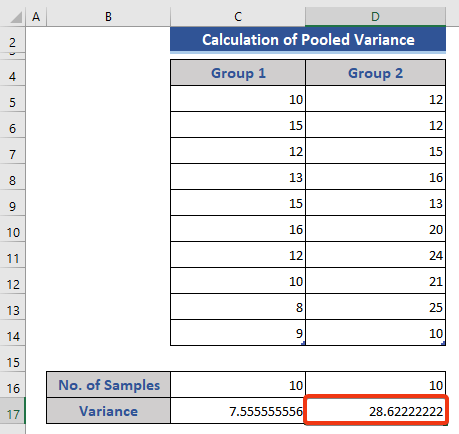 As we are using Table as the reference Fill Handle feature does not work here.

Finally, we will calculate the Pooled Variance. We will apply a mathematical formula. 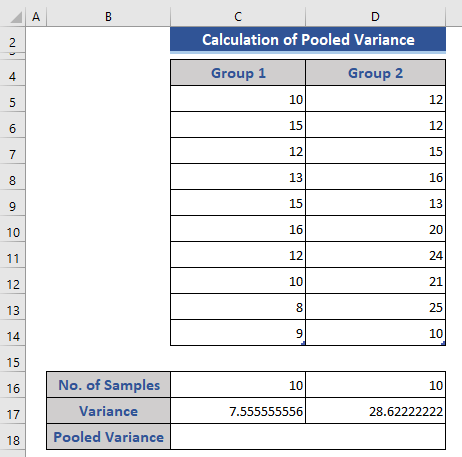 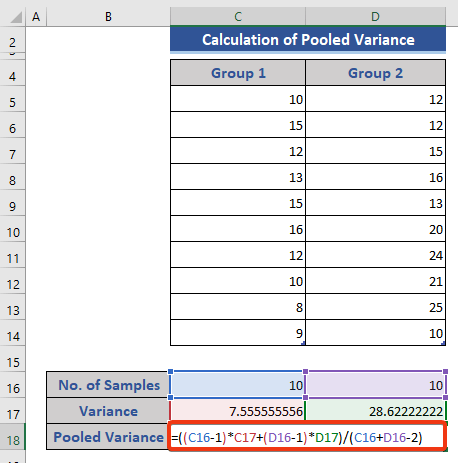 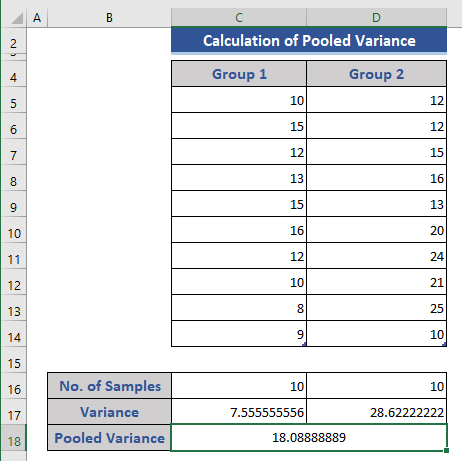 As we previously mentioned, when the sample size is the same as that time, we can use a simplified formula. 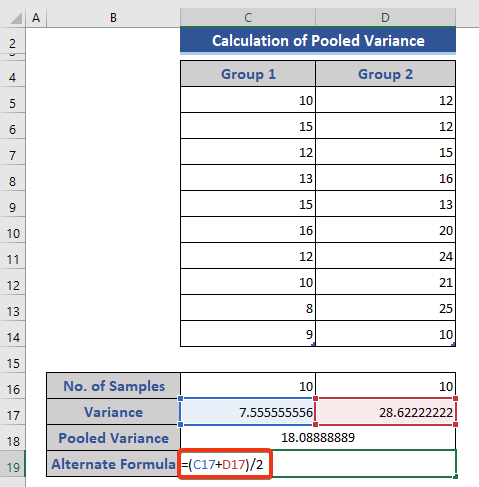 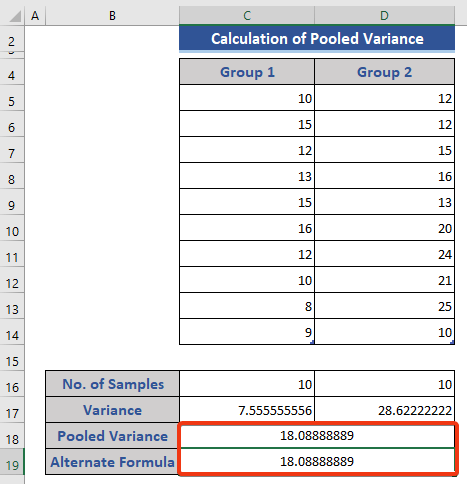 In this article, we described each step to calculate the pooled variance in Excel. I hope this will satisfy your needs. Please have a look at our website Exceldemy.com and give your suggestions in the comment box.