How to Calculate Distance Between Two Cities in Excel

There are several uses for Excel. The cool special function and formula in Microsoft Excel may determine the separation between two specific cities or locations on the planet. It is crucial to be able to calculate the distance between any two places on a map. It enables you to calculate the actual distance and will provide you with a decent estimate of how long your travel will take. But with excel we can easily do that. In this article, we will demonstrate several ways to calculate the distance between two cities in Excel.

To calculate the distance between two cities, first, we need to prepare the dataset. Suppose we have two cities Los Angeles which is a major city in the state of California, and Pasco which is the city of Washington. Now, we need to find the distance between them. For this, we must know the latitude and longitude of both cities. We can simply find any city’s latitude and longitude with Excel. Let’s see how we can do that. 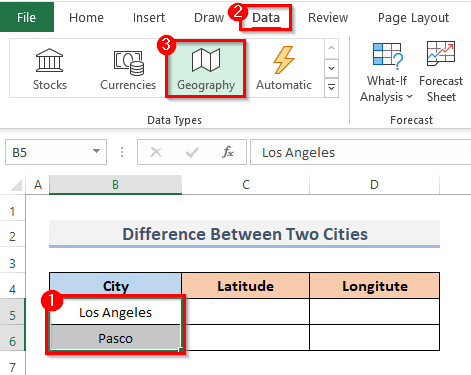 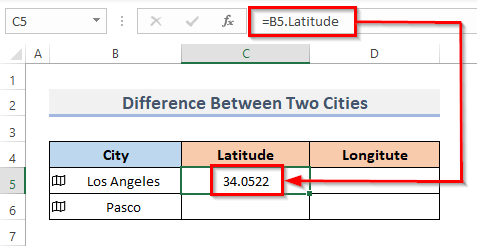 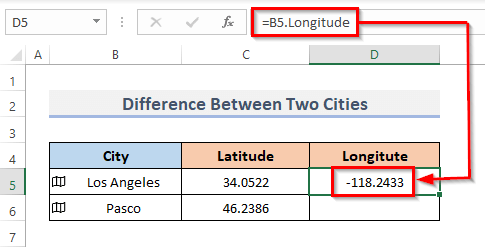 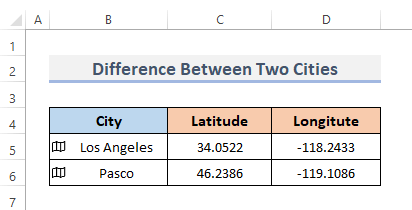 5 Different Methods to Calculate Distance Between Two Cities in Excel

One of the fundamental equations for oceanic exploration is the Haversine Formula, which can be used to calculate the distance between two locations on a spherical plane provided you determine their latitude and longitude and also the radius of the hemisphere. GPS devices have essentially automated it. Let’s follow the steps to use the formula to calculate the distance between two cities. 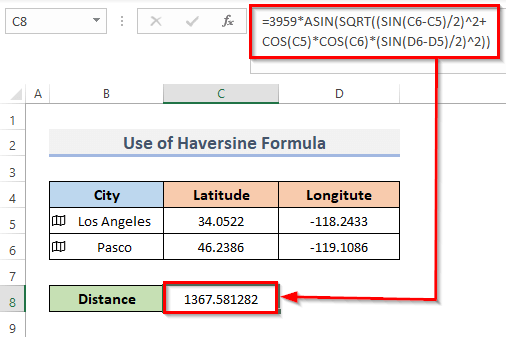 Read More: How to Calculate Driving Distance between Two Addresses in Excel

2. Compute Distance Between Two Cities with Excel ACOS, SIN, COS, and RADIANS Functions 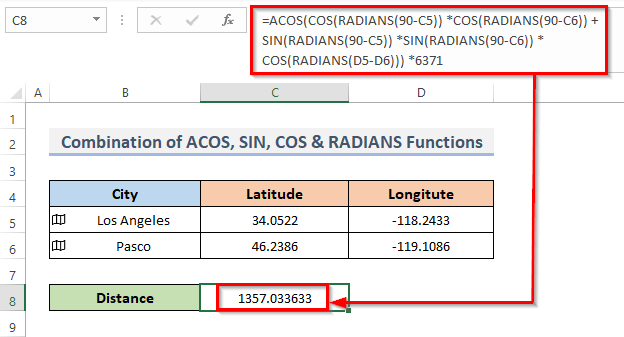 Read More: How to Calculate Distance between Two GPS Coordinates in Excel

3. Combine Excel CONCATENATE and SUBSTITUTE Functions to Get Distance Between Two Cities

To combine two or even more sequences of words into one phrase, use the text function CONCATENATE. Approximately thirty text pieces can be joined using the Excel CONCATENATE function, which returns the result as a text. The SUBSTITUTE function of excel uses comparing to modify text in a specified string. We can combine those two functions to create a Google Map link to find the distance between two addresses using. Let’s utilize the formula to get the distance between two cities by going through the steps. 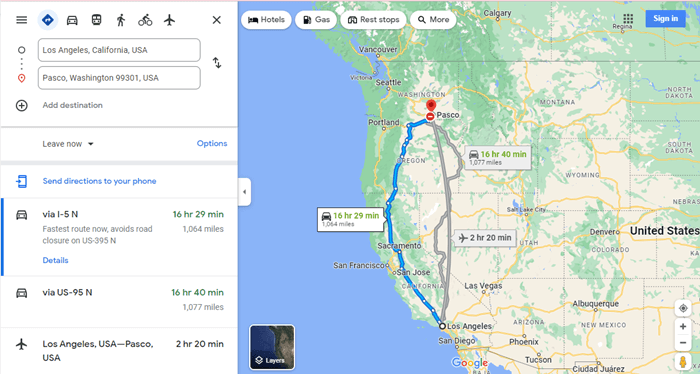 The CONCATENATE and SUBSTITUTE functions may also be used in Excel to determine the distance between two cities on the planet.

Read More: How to Calculate Miles between Two Addresses in Excel (2 Methods)

The LAMBDA function in Excel is used to build customized functions that can be utilized across a worksheet and accessed by familiar names. Once it has been defined and given a name, we can use those functions anywhere in our workbook.

The main equation for the distance is:

Even if it could appear a little overwhelming, the inputs that matter the most to us are:

So in the formula or the equation.

Let’s create a LAMBDA function to calculate the distance between two cities by following the steps down. 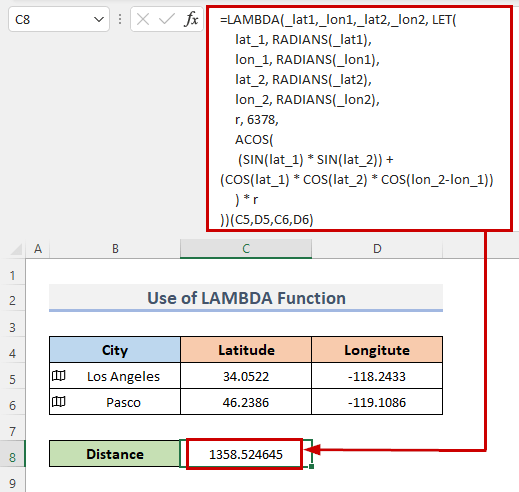 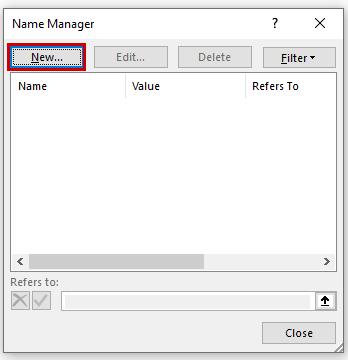 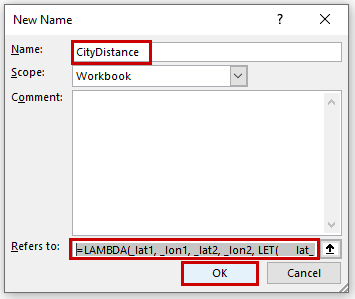 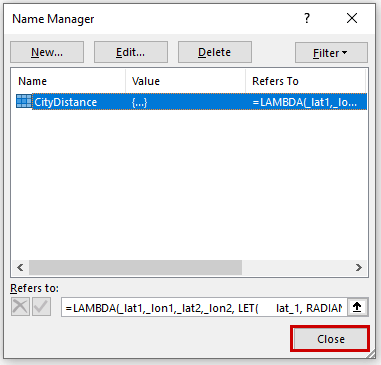 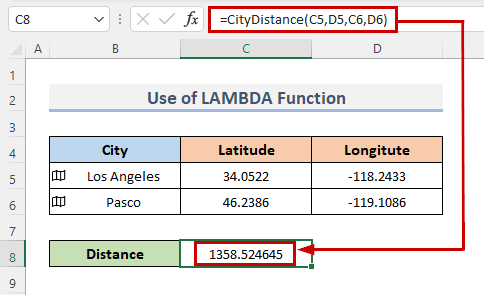 Making an API (Application Programming Interface) connection and utilizing it to build a User Defined function in VBA are two other ways to determine the distance between two locations. To gather data for a location, Excel connects through API to any map, including Google Map and Bing Map. Therefore, in order to use this technique, we must first establish an API key. That’s really simple, but regrettably, only Bing Map offers a free API, not Google. We will demonstrate this way by utilizing the free Bing Map API key. Click here to create your own Bing Map API Key. 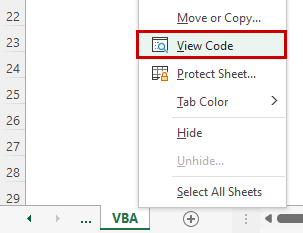 The above methods will assist you in Calculate Distance Between Two Cities in Excel. Hope this will help you! Please let us know in the comment section if you have any questions, suggestions, or feedback. Or you can have a glance at our other articles in the ExcelDemy.com blog!

Excel If Cell Color Is Green Then Show or Customize Outputs

How to Create Employee Attendance Sheet with Time in Excel