This article illustrates how to perform multiple linear regression on data sets in excel. You will learn 2 easy ways to do that here. Linear Regression is used to predict the value of a response variable dependent on another explanatory variable. We need to use Multiple Linear Regression instead when there are more than one explanatory or independent variables on which the value of the target variable is dependent. You can easily perform a Multiple Linear Regression analysis or data sets in excel. Have a quick look through the article to learn how to do that.

What Is Multiple Linear Regression?

Here,α stands for the Intercept (constant). α1and α2 represent the change in Y due to the changes in X1 and X2 respectively. On the other hand, ϵ signifies the residual or error.

This technique is mainly and extensively used in financial inference and econometrics.

Consider the following dataset. Here, the dataset contains a sample of 10 houses numbered 1 to 10. X1 indicates the age of the houses and X2 denotes the number of grocery stores near each of them. Then prices per unit area of the houses are expressed by Y. Therefore, Y is the dependent variable here. On the other hand, X1 and X2 are the independent variables. 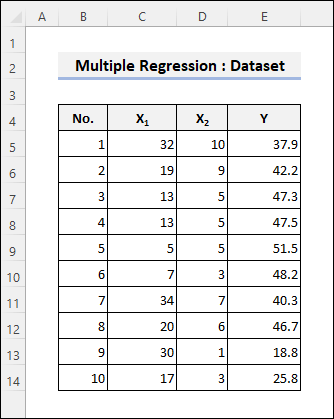 You can perform a Multiple Regression on the above dataset in two ways in excel. Follow the methods below to do that.

Performing a Multiple Linear Regression in excel involves 3 easy steps as highlighted below. 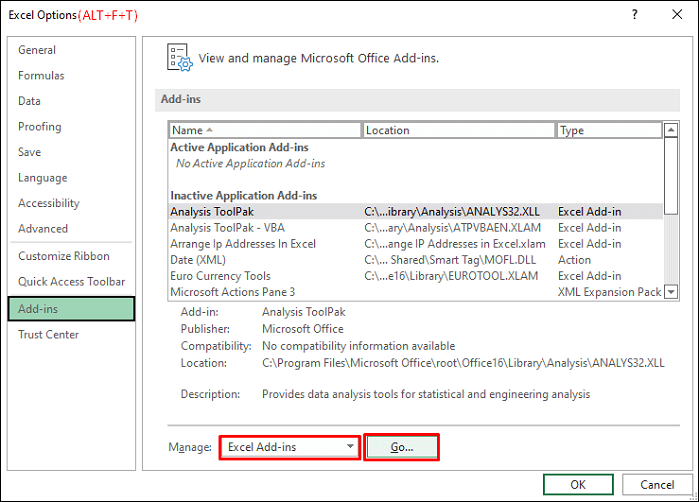 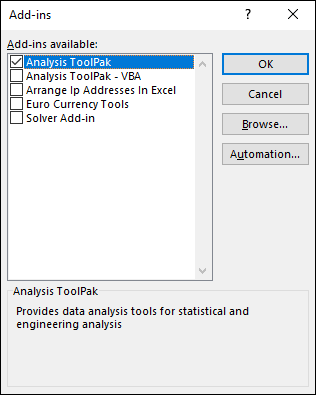 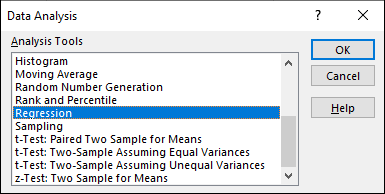 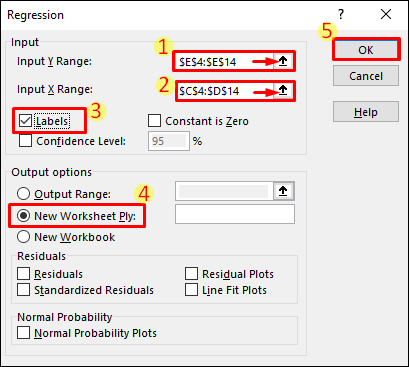 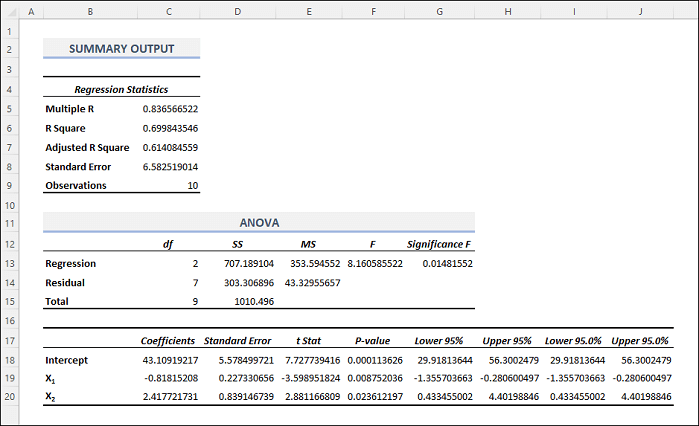 Here, I will explain the three components of the regression analysis: The Regression Statistics table, the ANOVA table, and the Regression Coefficients table. 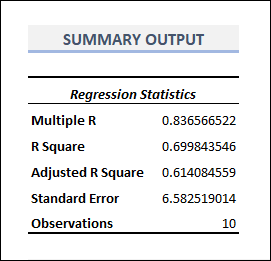 Read More: How to Interpret Multiple Regression Results in Excel

Alternatively, you can use the LINEST function in excel to get those results. Enter the following formula in cell H5 to get the desired results.

Then, excel may show errors in some cells. You can nest the LINST function inside the IFERROR function to avoid that.

Read More: How to Do Linear Regression in Excel (4 Simple Ways)

Now you know how to perform multiple linear regression on data sets in excel. Please let us know if the methods were useful to you. You can also use the comment section below for further queries or suggestions. Do visit our ExcelDemy blog to explore more about excel. Stay with us and keep learning.

How to Edit a Data Table in Excel (With Easy Steps)

How to Delete a Data Table in Excel (4 Easy Ways)

Create Two Variable Data Table with What If Analysis in Excel