How to Use MEDIAN Function in Excel (4 Suitable Examples)

While working in Excel we may need to find the median value in a range of data that actually reflects the median level of the dataset. We can calculate it easily by using the MEDIAN function in MS Excel. This article will guide you with 4 simple examples and proper illustrations to use the MEDIAN function for finding the median of a data range.

You can download the free Excel template from here and practice on your own.

Introduction to the MEDIAN Function

The MEDIAN function is classified under the statistical function. This function returns the median of a group of numbers. That is actually the number in the middle of a set of numbers.

4 Examples of Using the MEDIAN Function

Let’s introduce the dataset first. My dataset represents some students’ obtained marks in a Mathematics class test out of 20 marks. 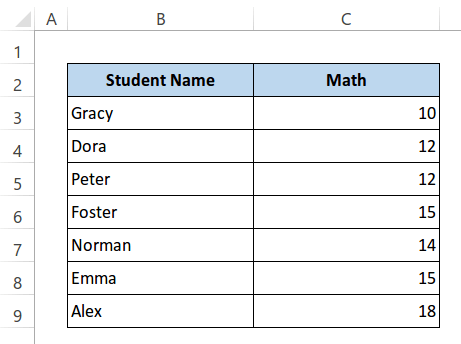 Example 1: Use the Excel MEDIAN Function for Odd Number of Data 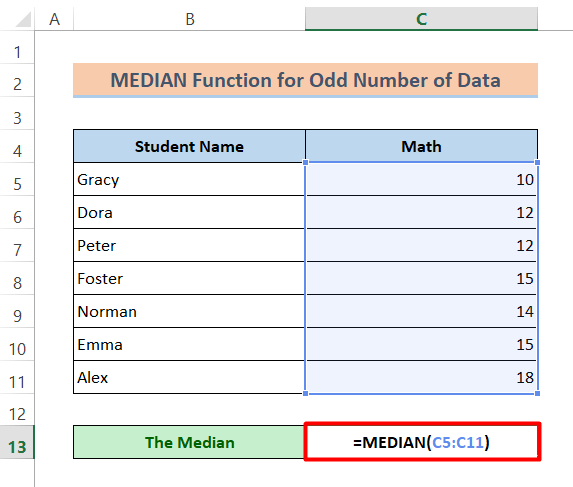 ⏩ Type the following formula in it:

⏩ Then just hit the Enter button to get the result. 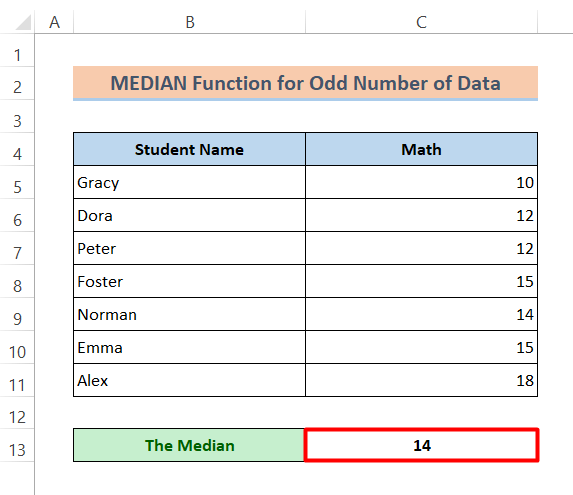 Example 2: Apply MEDIAN Function for Even Number of Data

Here, I have added a row to make the series even. Now I’ll show how to find the median of this series. As it is an even series so the median will be the average of two middle numbers.

⏩ Press the Enter button to finish. 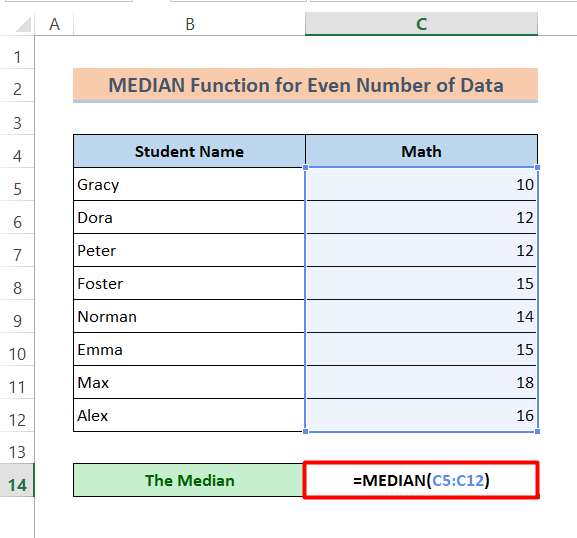 Now you will spot that the median is the average of the values 14 and 15 for even series. 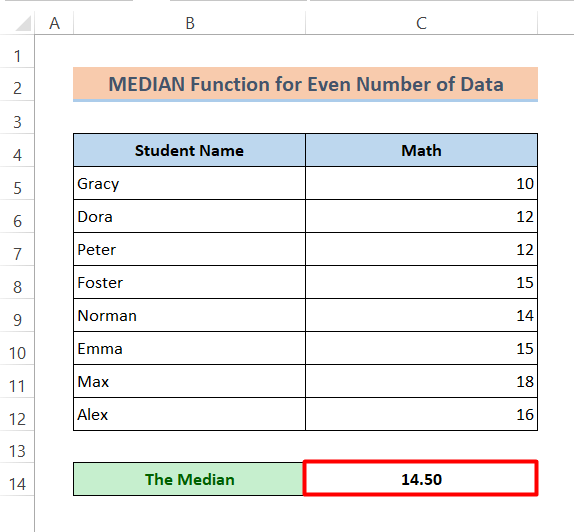 Read More: The Different Ways of Counting in Excel 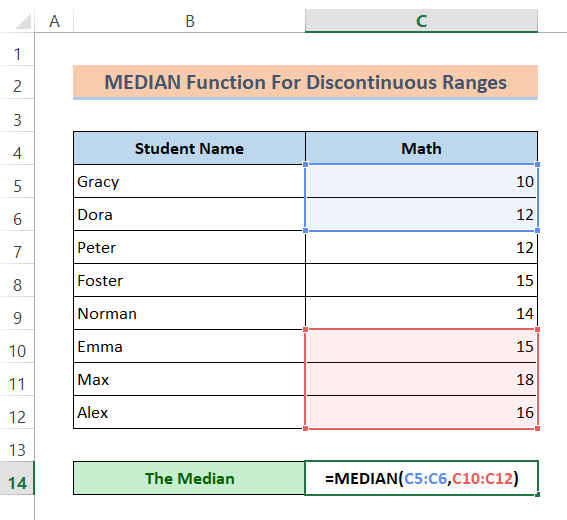 Then you will get the output like the image below- 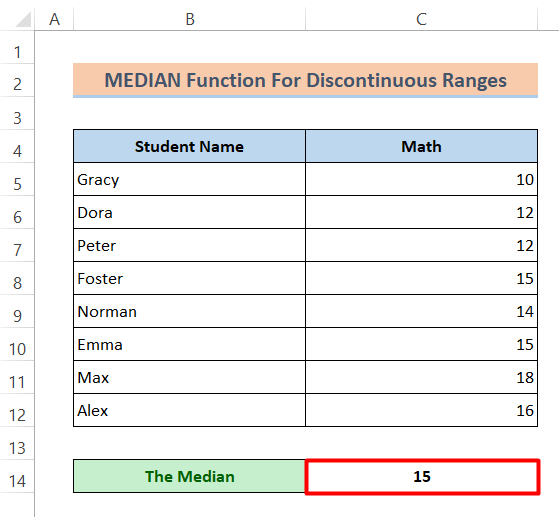 Example 4: Combine MEDIAN with IF for Excluding Zero in a Data Range 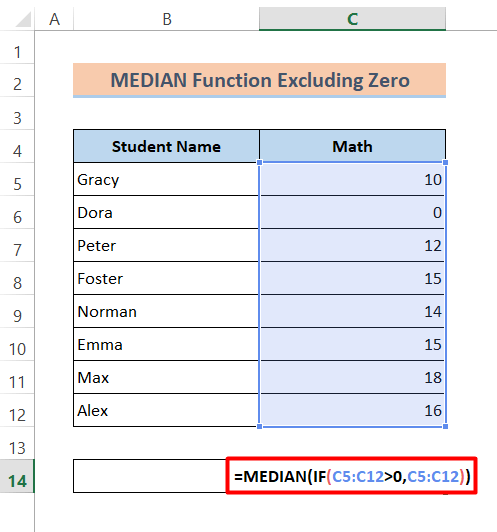 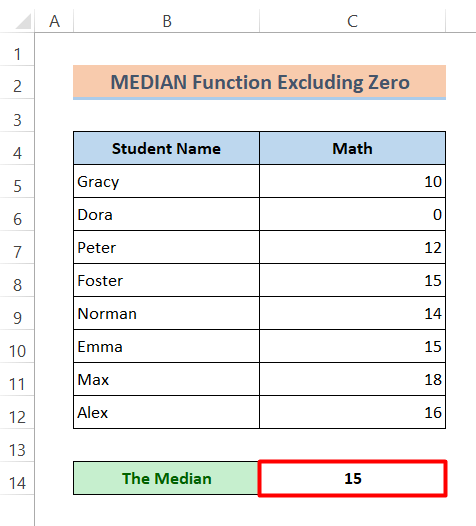 ➥ MEDIAN(IF(C5:C12>0,C5:C12))
Finally, the MEDIAN function will find the median of values extracted from the IF function that returns-
15

I hope all of the methods described above will be good enough to use the MEDIAN function in Excel. Feel free to ask any question in the comment section and please give me feedback.