Round a Formula with SUM Function.xlsx

4 Ways to Round a Formula with SUM in Excel

To demonstrate the methods, we’ll use the following dataset that represents some product prices. 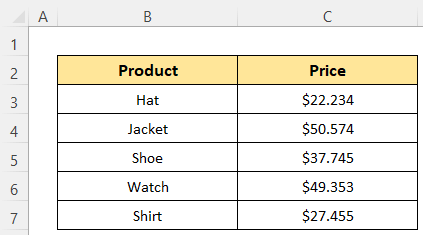 1. Using ROUND and SUM Functions to Round a Formula in Excel

First, we’ll do it using the ROUND and SUM functions. We can apply them in two different ways- sum the values and then round them or round the values first and then find the sum. Both ways will give you approximately the same output.

First, we’ll learn how to sum the values and then how to round. So, we’ll have to use the SUM function first and then the ROUND function. 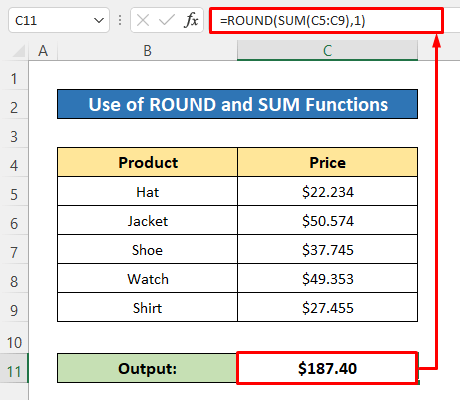 Read More: How to Round Excel Data to Make Summations Correct (7 Easy Methods)

And have a look we got the same result as the previous section. 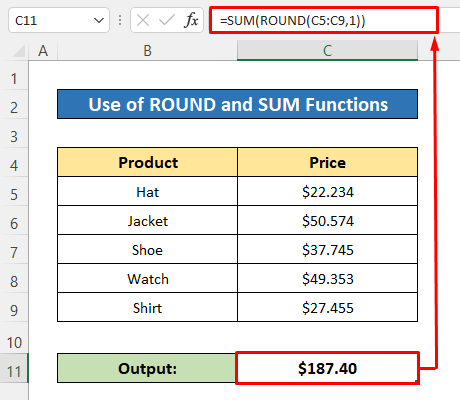 Read More: Round off Formula in Excel Invoice (9 Quick Methods)

2. Applying Excel ROUNDUP and SUM Functions to Round a Formula 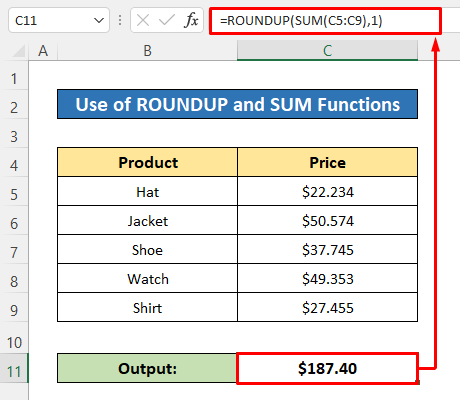 Read More: How to Round Down to Nearest Whole Number in Excel (4 Methods)

3. Using ROUNDDOWN and SUM Functions to Round a Formula

Here, we’ll apply the ROUNDDOWN and SUM functions. The ROUNDDOWN function works inversely to the ROUNDUP function, it rounds a value to its nearest lower value.

Have a look, the output is slightly different from the previous outputs because of using the ROUNDDOWN function but that is not so significant for a large value. 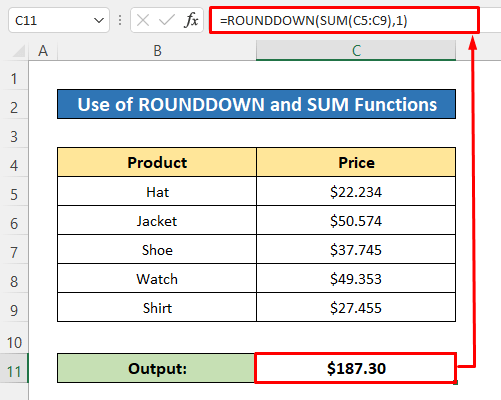 Read More: How to Round Percentages in Excel (4 Simple Methods)

4. Manually Sum Values Then Round

In our last method, we’ll sum the values manually instead of using the SUM function and then will round the output using the ROUND function. 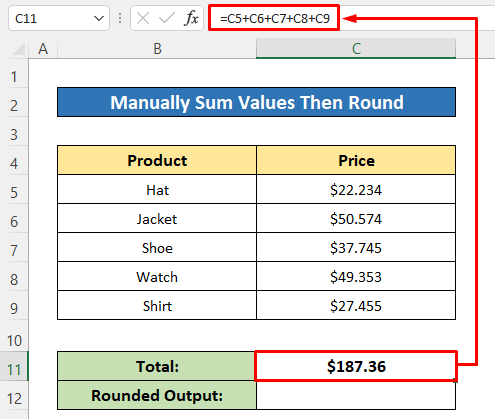 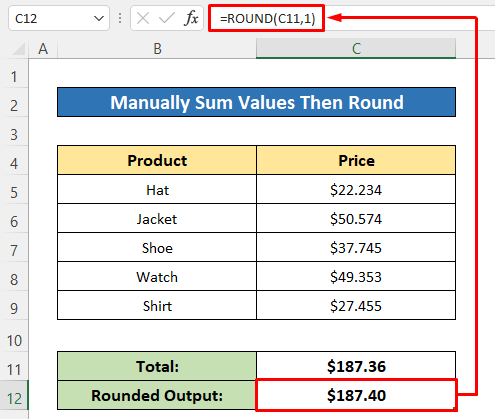 Read More: How to Remove Decimals in Excel with Rounding (10 Easy Methods)

We hope the procedures described above will be good enough to round a formula with the SUM function in Excel. Feel free to ask any question in the comment section and please give us feedback. Visit ExcelDemy to explore more.

How to Calculate Half Day Leave in Excel (2 Effective Methods)

How to Calculate Hamming Distance in Excel (2 Ideal Examples)