The syntax of NOMINAL Function is: 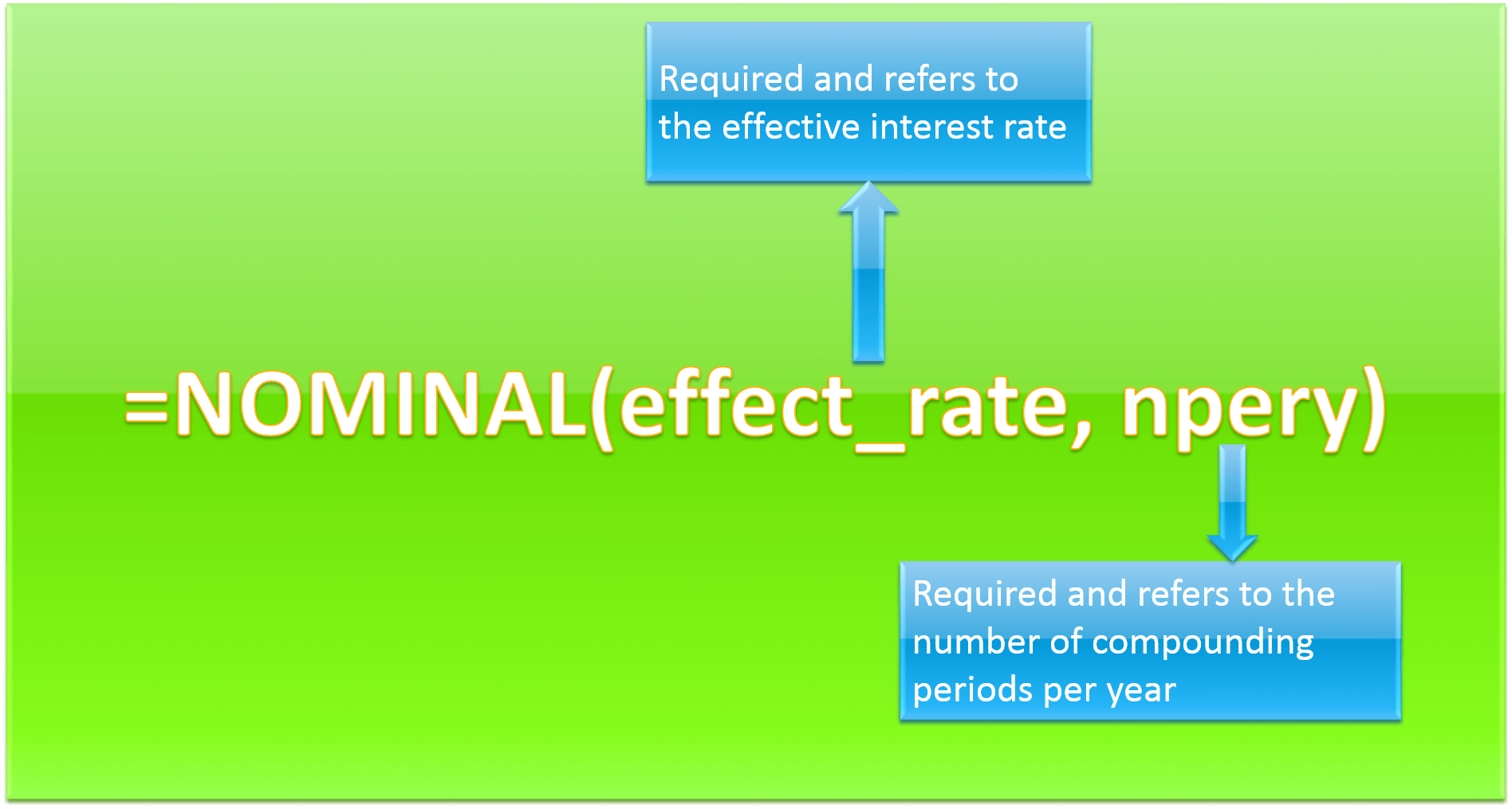 The effective interest rate takes the effect of compounding into account. The difference between the nominal and effective rates widens as the compounding periods increase. 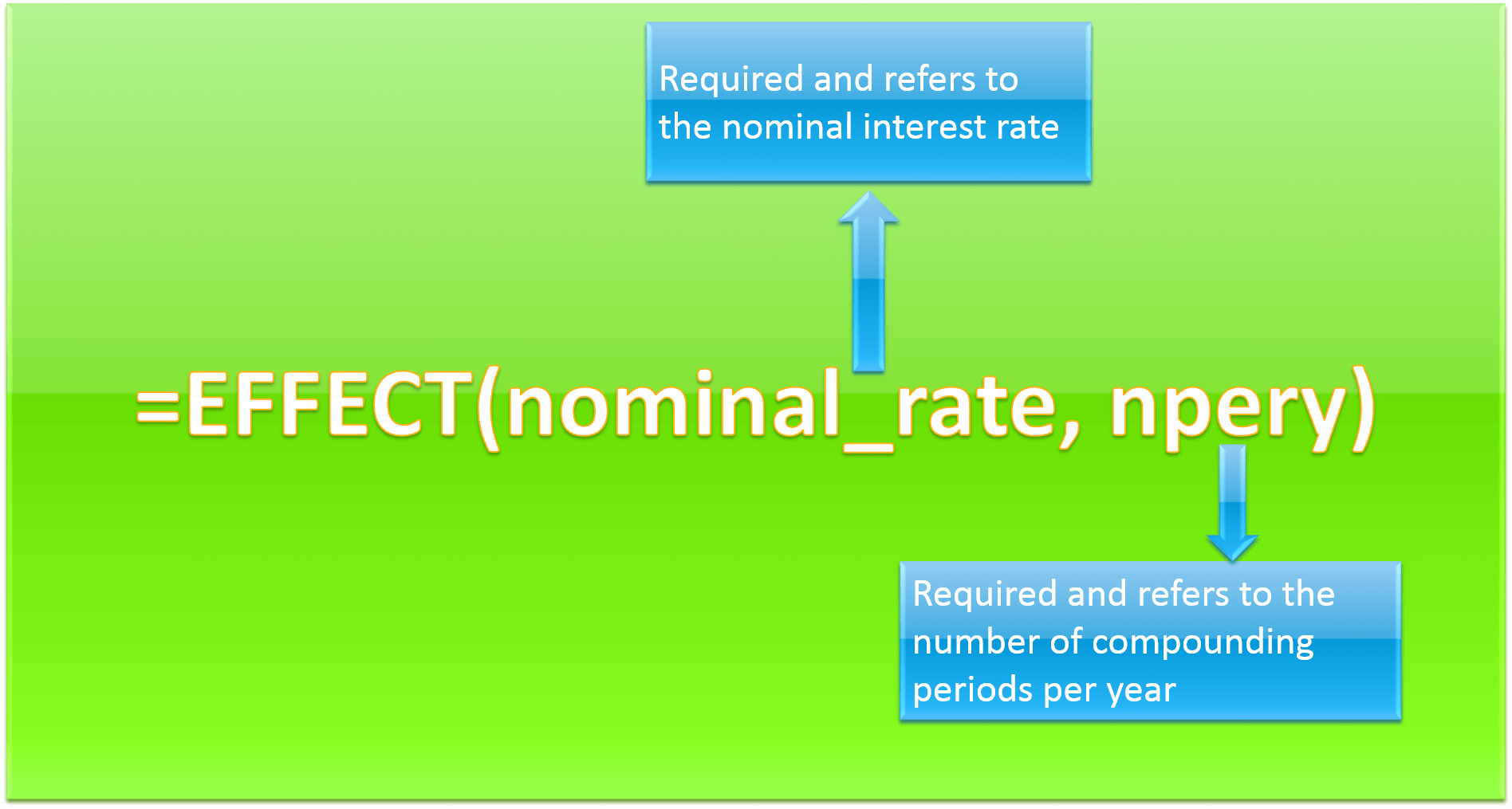 The effective interest rate of a loan for a second-hand car is 2.5%, the number of compounding periods since its monthly payments required is 12. We want to figure out what the nominal annual interest rate is by utilizing the information given. 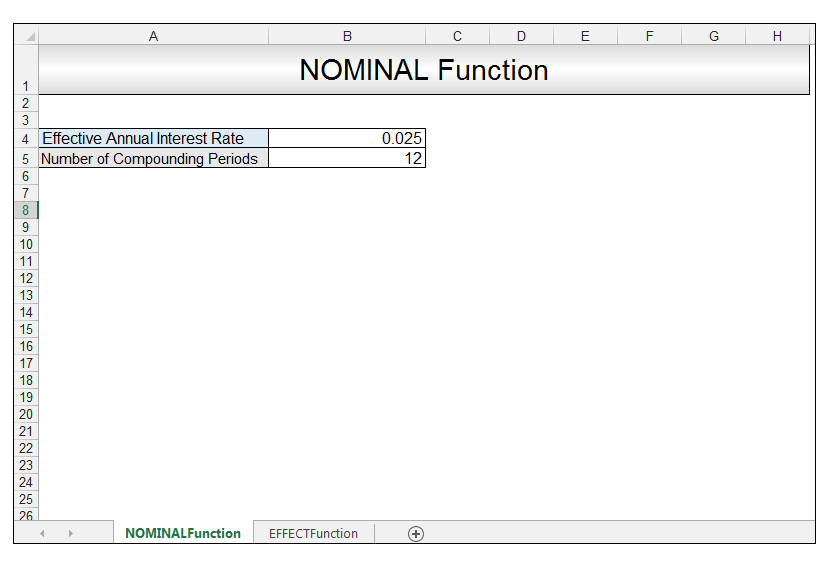 1) In order to calculate the nominal annual interest rate, in Cell B6 we input the following formula: 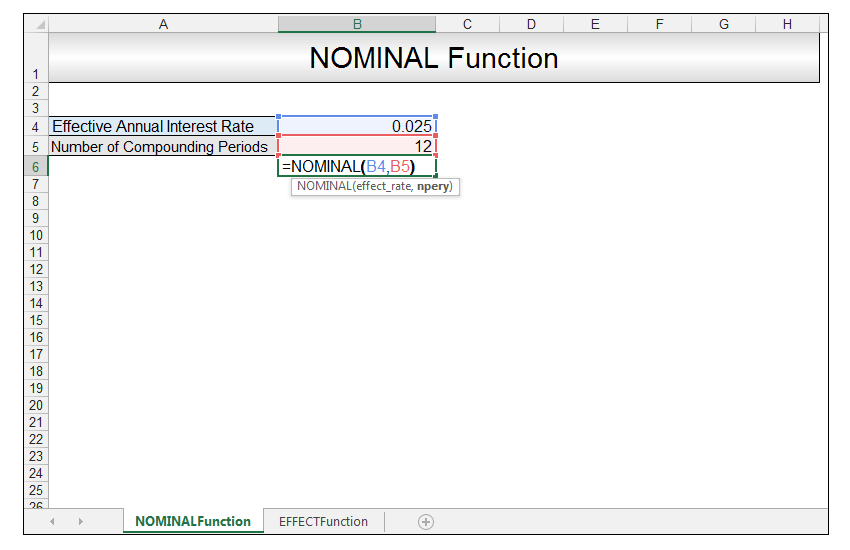 2) Upon pressing CTRL-ENTER, a value of 0.0247 is returned, which is less than the effective interest rate, which is to be expected since the nominal interest rate does not include compounding. 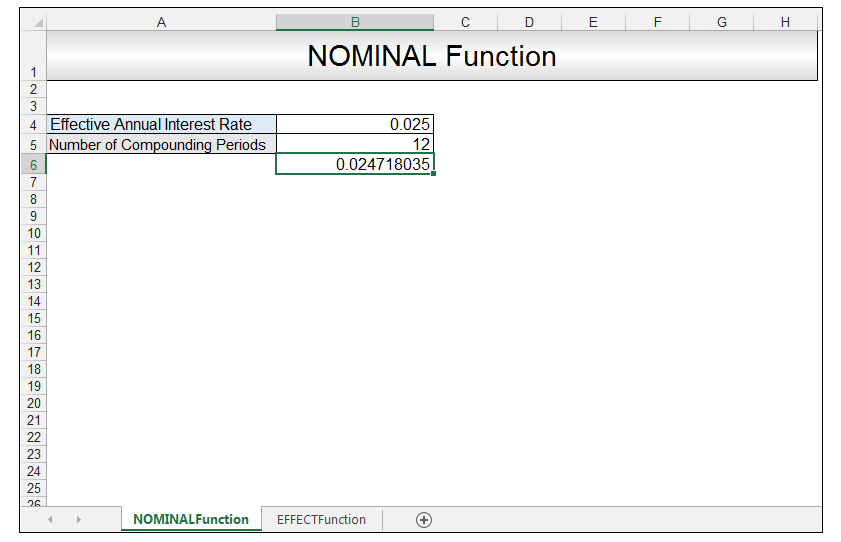 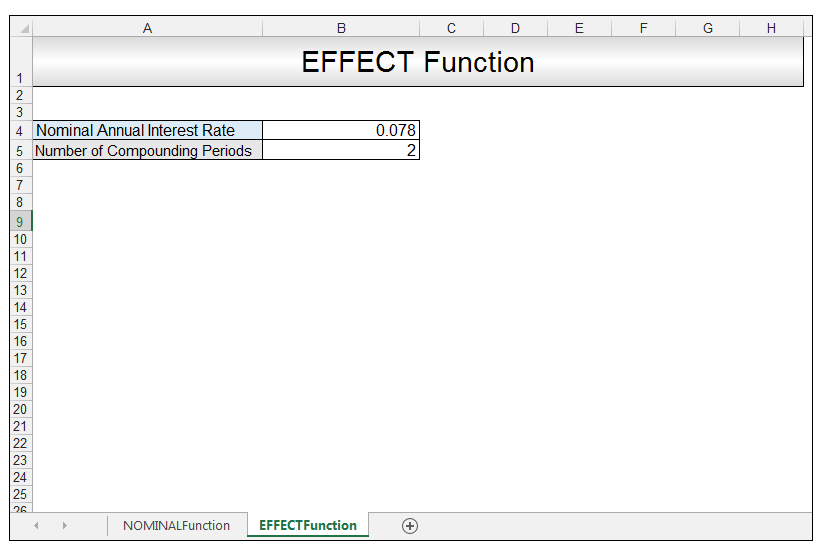 1) In order to calculate the effective annual interest rate, in Cell B6 we input the following formula: 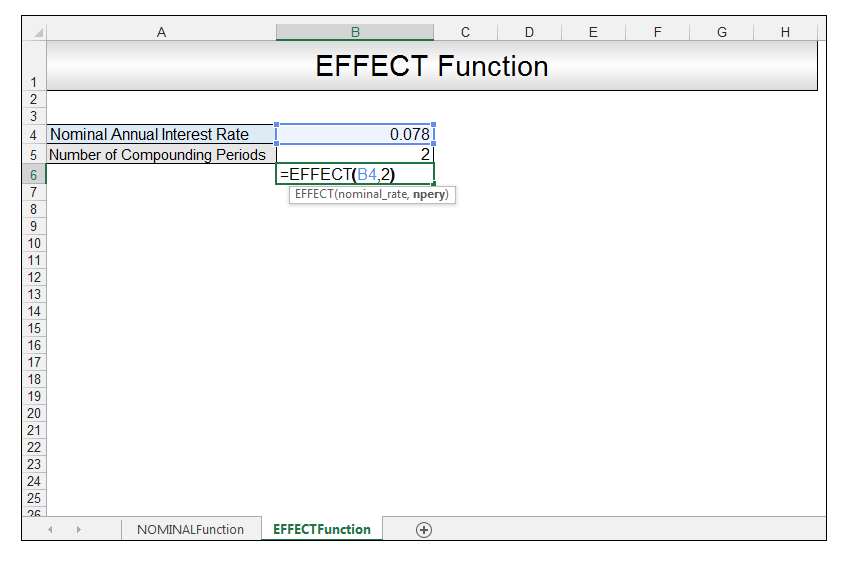 2) Upon pressing CTRL-ENTER, a value of 0.0795 is returned, which is greater than the nominal rate since the effective annual interest rate includes compounding. 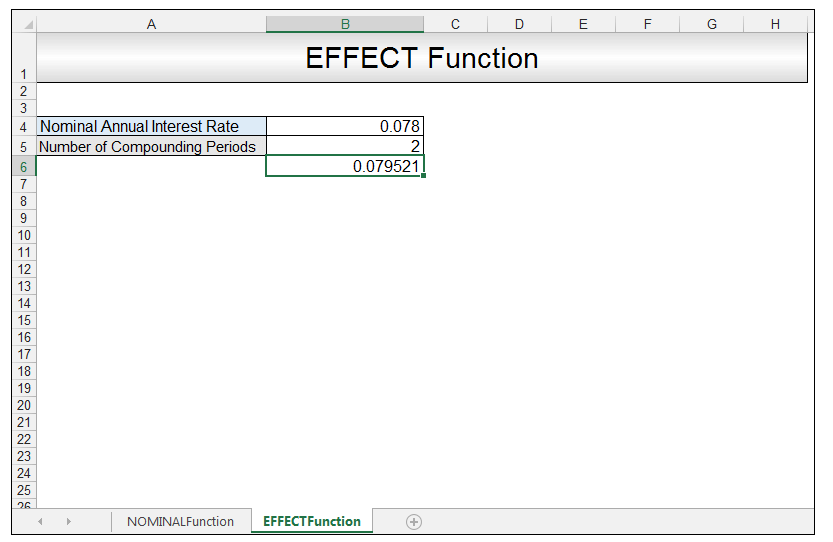 Please feel free to comment and tell us if you use nominal and effective interest rates in your financial spreadsheets.

Calculating the Rate an Investment Achieves Using the RRI Function

How to calculate periodic interest rate in Excel (4 ways)

Taryn is a Microsoft Certified Professional, who has used Office Applications such as Excel and Access extensively, in her interdisciplinary academic career and work experience. She has a background in biochemistry, Geographical Information Systems (GIS) and biofuels. She enjoys showcasing the functionality of Excel in various disciplines.

She has over ten years of experience using Excel and Access to create advanced integrated solutions.
Related Articles
We will be happy to hear your thoughts