3 VBA Variants to Clear Contents of Named Range in Excel

In this article, we have a dataset of information about some people. We will create some Named Ranges based on the data of this workbook and clear their contents. 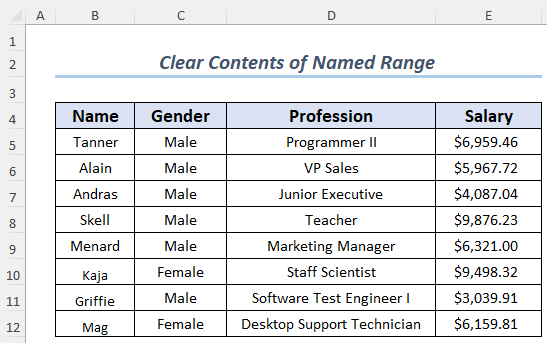 In this section, I’ll show you a simple solution on how to clear the contents of a particular Named Range. Suppose you have a set of data which refers to ‘X’ Named Range. You can clear it by executing a simple VBA code. Let’s have a look at the description below. 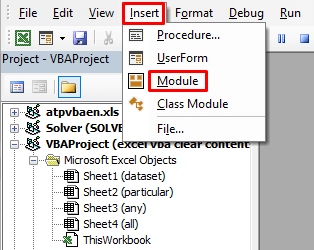 Let’s make a Named Range real quick. There are other ways to do it. But this is the fastest one. 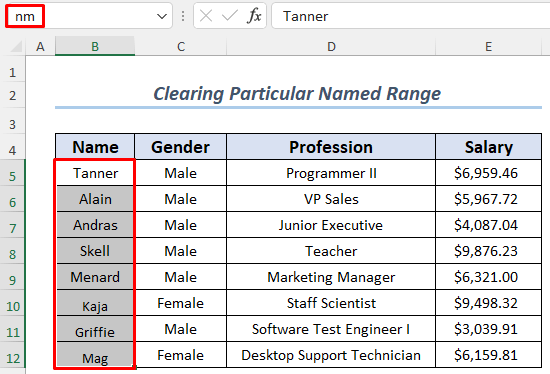 This code uses a For Loop to detect the Named Range ‘nm’ and clear the contents of it. 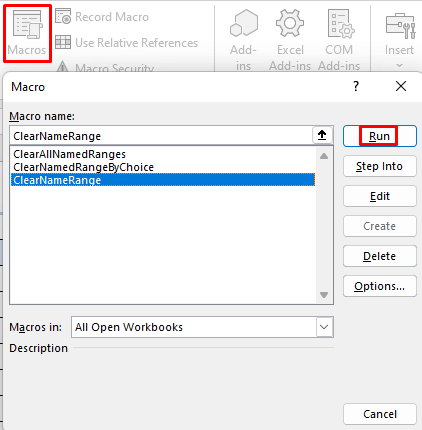 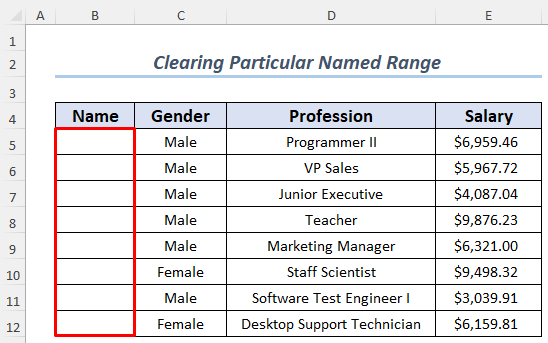 Thus you can clear the cell contents of a specific Named Range by Excel VBA.

2. Clearing Contents of a Named Range by Choice 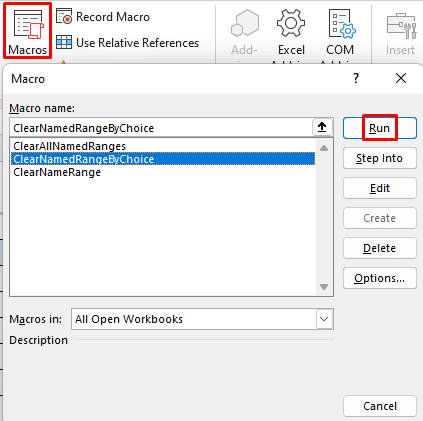 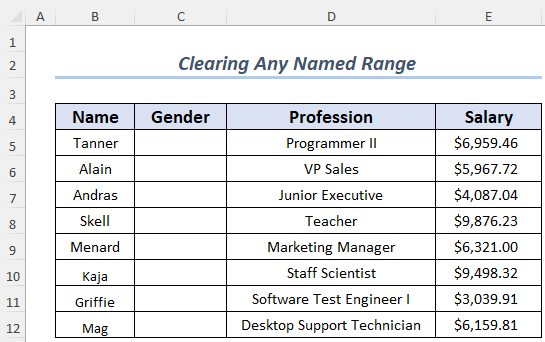 Thus you can clear the cell contents of a Named Range by choosing it.

3. VBA to Clear Contents of All Named Ranges

If you don’t want any content from any Named Ranges, you need to follow the steps that I described in the following section of this method. Let’s have a look at it. 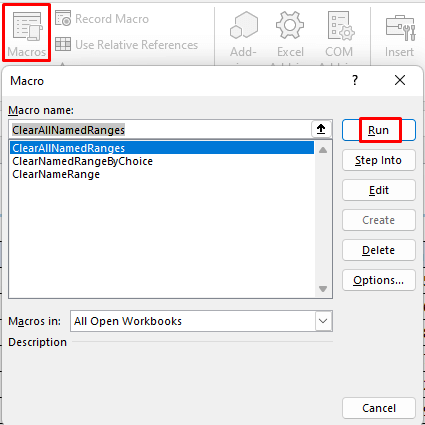 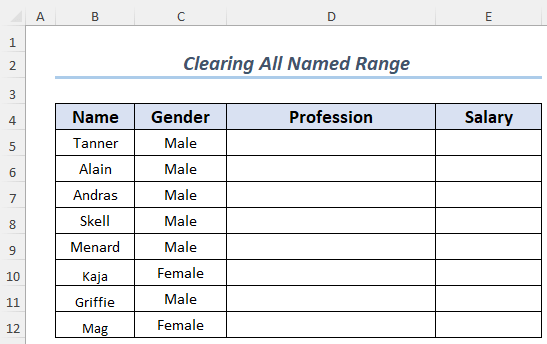 Thus you can clear all the contents of all the Named Ranges in a worksheet.

Read More: How to Clear Cell Contents Based on Condition in Excel (7 Ways)

Here, I’m giving you the dataset of this article so that you can practice these methods on your own. 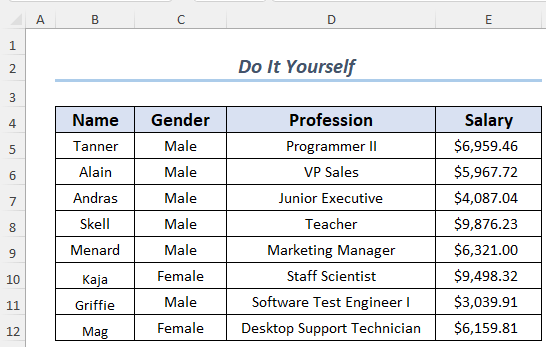 After reading this article, we can consider that you will learn some basic ideas on how to clear the contents of a Named Range by Excel VBA. If you have any better suggestions or questions or feedback regarding this article, please share them in the comment box. This will help me enrich my upcoming articles. For more queries, kindly visit our website ExcelDemy.

Hello, Nahian here! I do enjoy my efforts to help you understand some little basics on Microsoft Excel I've completed my graduation in Electrical & Electronic Engineering from BUET and I want to be a successful engineer in my life through intellect and hard-work, and that is the goal of my career.

How to Do Web Scraping Without Browser with Excel VBA

How to Create a Searchable ComboBox with VBA in Excel

How to Add ComboBox in Excel (3 Easy Methods)