How to Sort Merged Cells in Excel (2 Easy Methods)

This article illustrates how to sort merged cells in Excel with step-by-step examples. The default sorting feature prevents sorting merged cells in a dataset. So, at first, we need to unmerge the cells sorting them. We’ll discuss two different methods here with detailed examples.

2 Quick and Easy Methods to Sort Merged Cells in Excel

Here we have a list of numbers that need to be sorted. 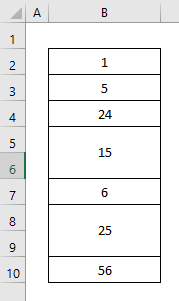 Let’s try to sort them from smallest to largest. To do so,

Let’s find out how to solve the problem and sort the selected numbers.

To sort a range of cells that contain some merged cells, we need to unmerge them first. Then we’ll be able to sort them in any order. Let’s follow the steps to sort the column that we discussed in the previous section. 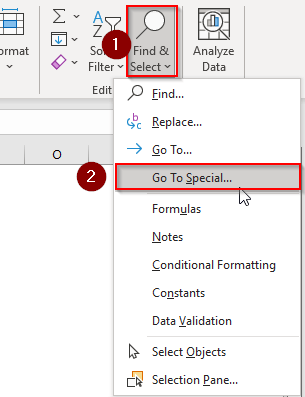 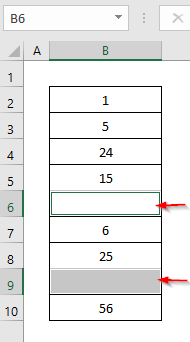 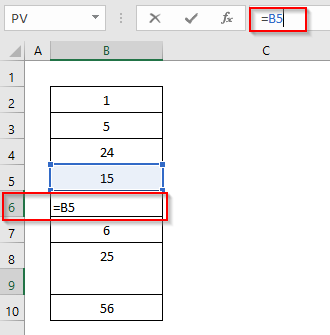 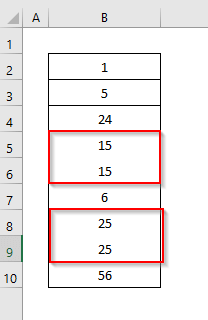 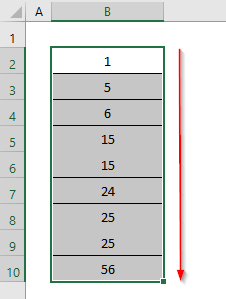 We’re going to sort a dataset with multiple columns based on the merged column i.e., the Region column. 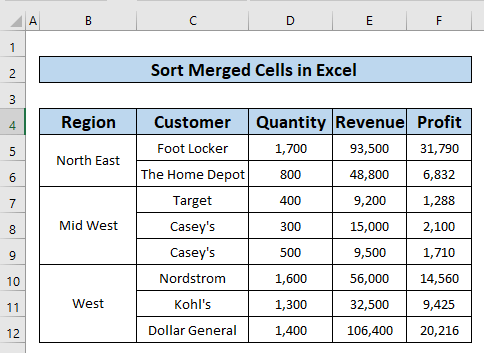 Select the whole dataset and follow Step: Part-1 of section 1.1 to unmerge the merged cells and fill the blank cells. See the result in the following screenshot. 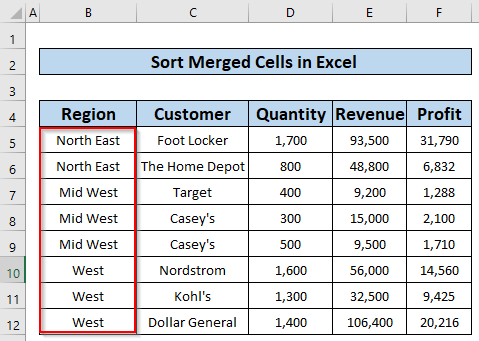 In this stage, we need to follow some easy steps to achieve our goal. 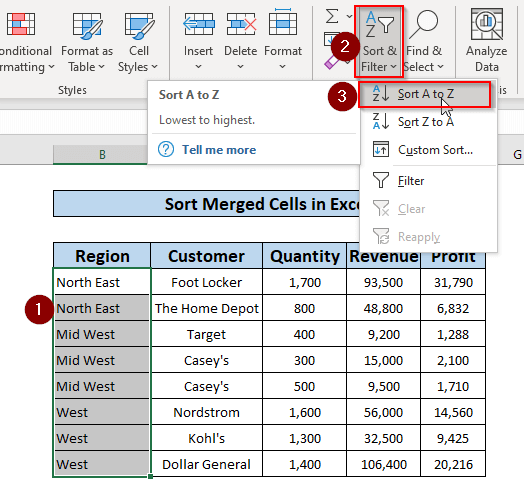 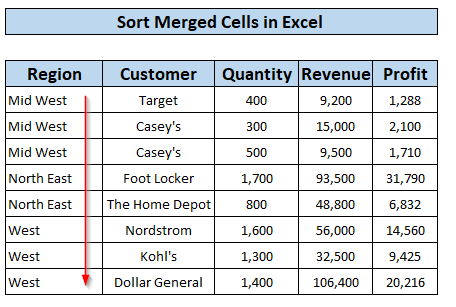 Sort the Dataset Based on Column Other Than Merged Column

Let’s say we want to sort the following dataset based on the profit column. As we see that column B has merged cells in it, we cannot sort the dataset directly.

Select the whole dataset and follow Step: Part-1 of section 1.1 to unmerge the merged cells and fill the blank cells. See the result in the following screenshot.

Now we need to do the following. 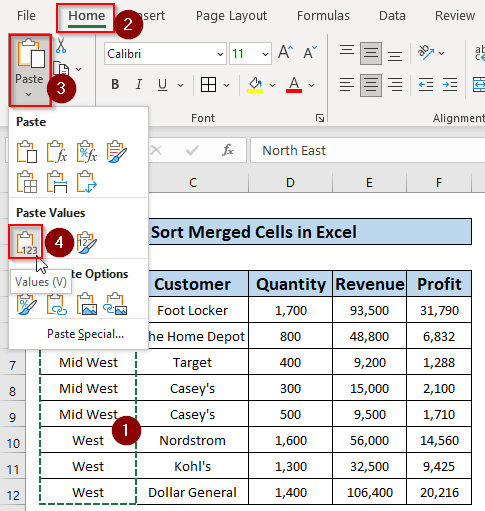 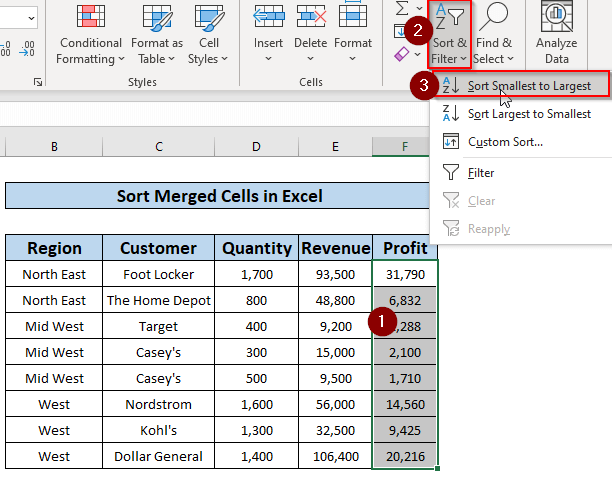 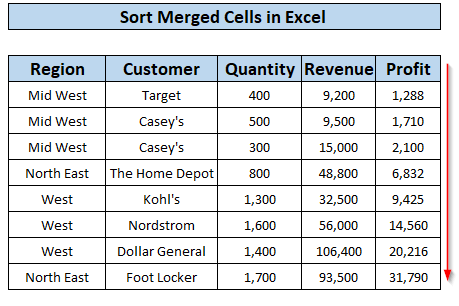 2. Use VBA Code to Sort Merged Cells in Excel

In this example, we took the same set of numbers that were used in method 1.1. This time we used VBA code to unmerge and then sort them in a specific order. The following steps will guide us to accomplish this.

In this code, we used A1:A9 as Range and A1 as the key to sorting the range. 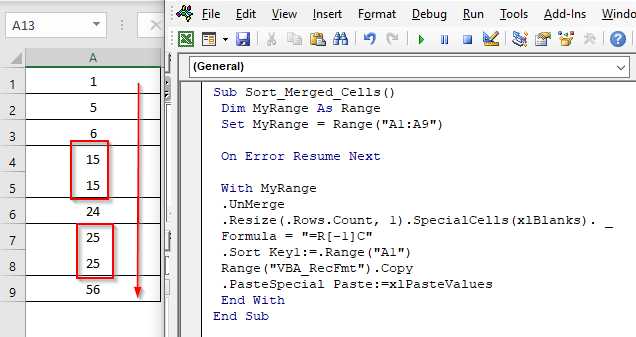 The output we see is the sorted unmerged cells in column A.

In this example, we’ll sort a dataset with multiple columns. In the following dataset, the Region column has three merged cells. 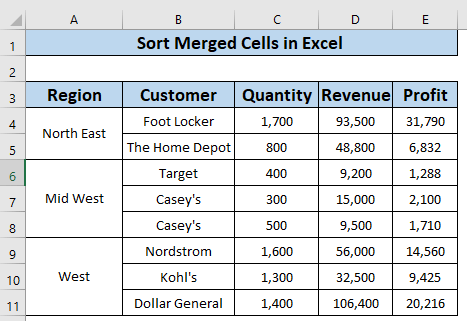 Copy and then paste the following code in the Visual Basic Editor to sort the dataset based on the Region column in alphabetical order.

In this code, we used A4:E11 as Range and A4 as the key to sorting the range. 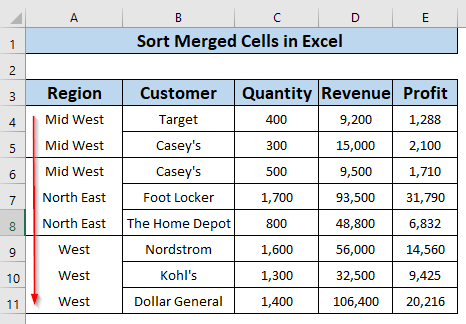 Now, we know how to sort merged cells in Excel. Hopefully, it would encourage you to use this more confidently. Any questions or suggestions don’t forget to put them in the comment box below.

Tags: How to Sort in Excel