How to Remove Currency Symbol in Excel (6 Ways)

While working with Excel, sometimes we notice that our data contains values in Currency Format. Excel automatically includes a Dollar symbol for the cells formatted as currency. What if, it is not the scenario we want? We want our numeric values as it is without any currency symbol. In this article, we will see different methods on how to remove currency symbol in Excel. We will use a sample dataset containing Product ID, Products, State and Sales where the sale values have currency symbol. 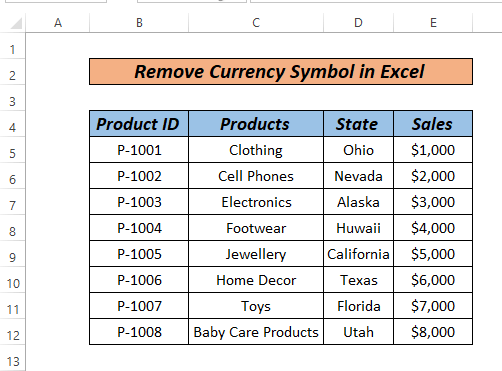 In this post, we will guide you through 6 different methods including the Format tab, the Find and Replace option, and functions like VALUE, REPLACE, RIGHT, SUBSTITUTE.

The most used method to remove currency symbol in Excel is the Format tab. 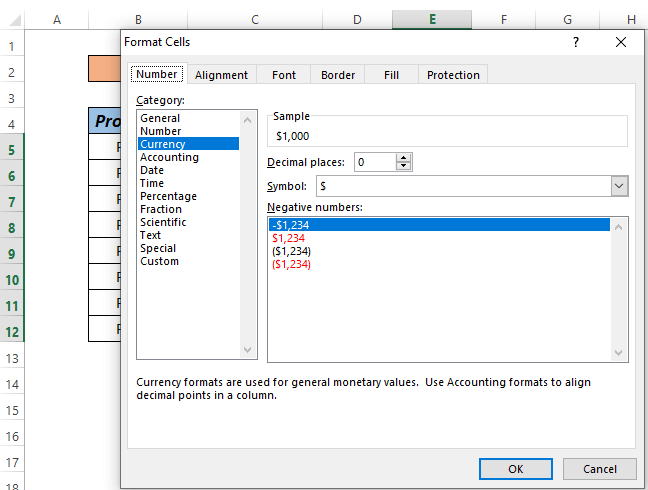 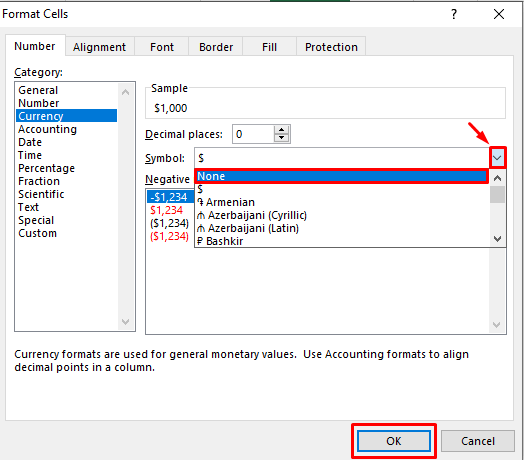 That’s it, we will get the result as follows. 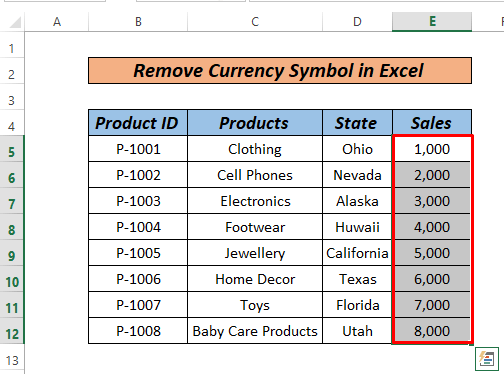 All the currency values are converted into numbers.

Using the VALUE function is another easy way to remove currency symbol and convert the value into numbers. 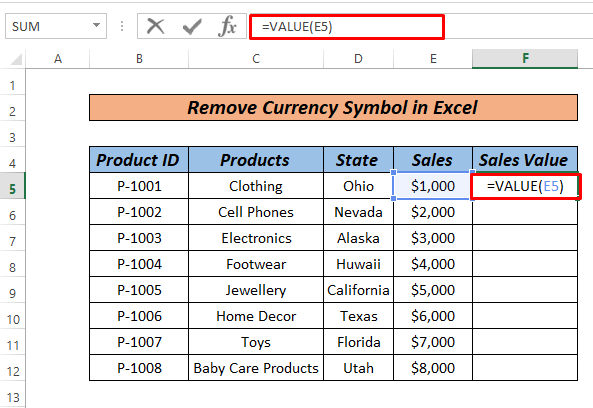 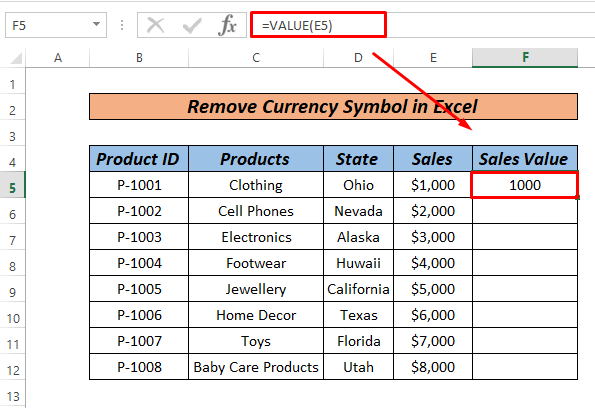 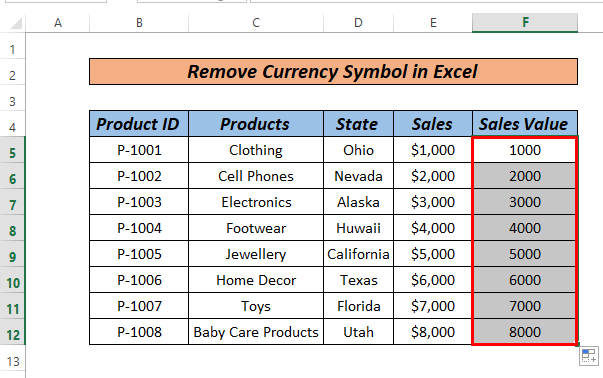 Read More: How to Remove Sign from Numbers in Excel (6 Suitable Methods)

Now, we will see the use of the SUBSTITUTE function to remove the currency symbol.
We will use the formula if our data are in Text values. 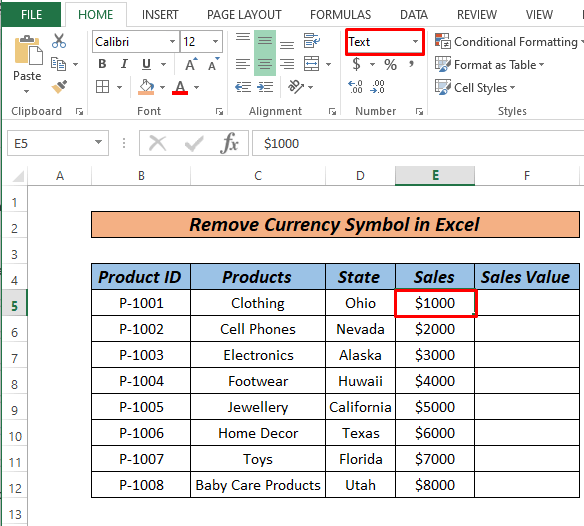 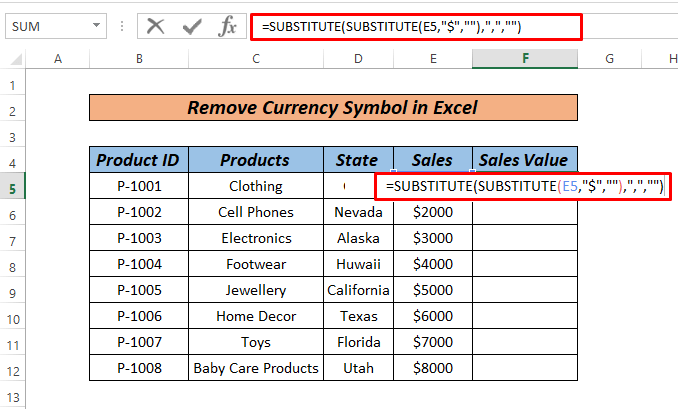 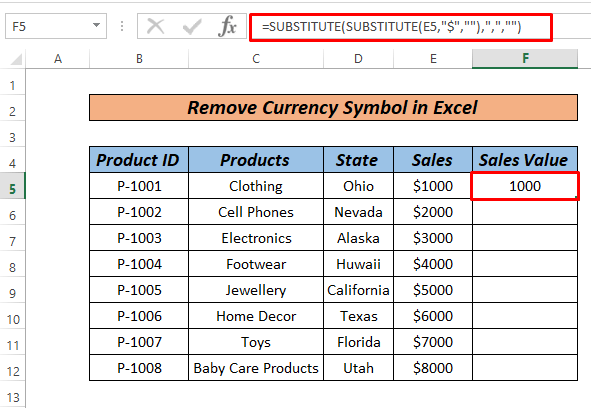 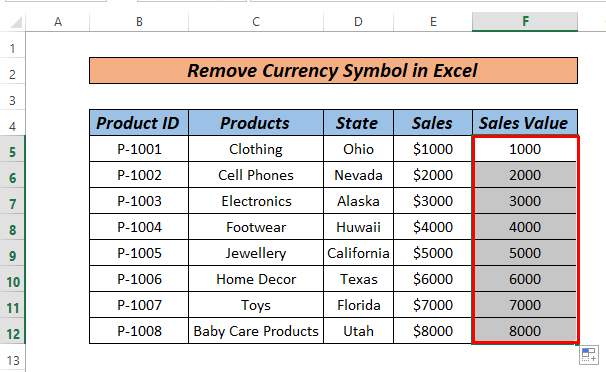 RIGHT function along with LEN function can be used to remove currency symbols if the values are in TEXT. 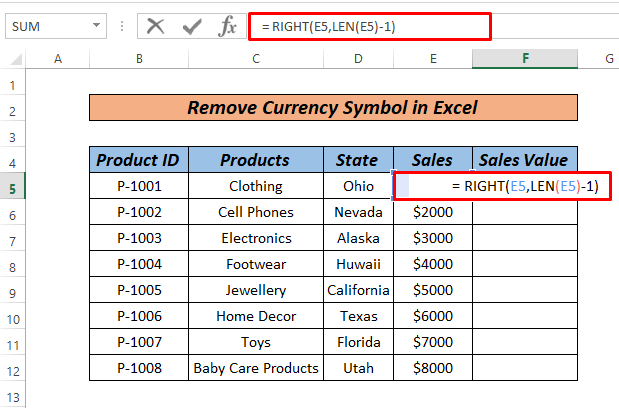 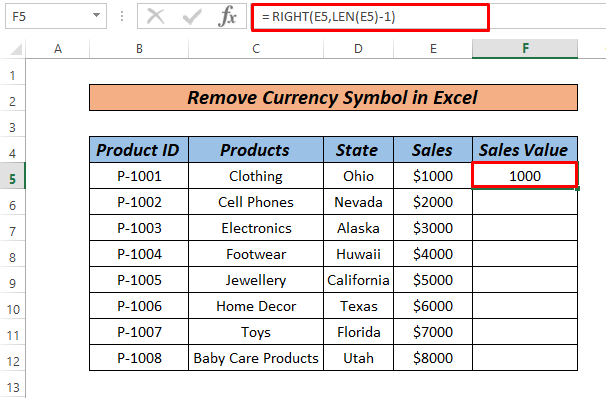 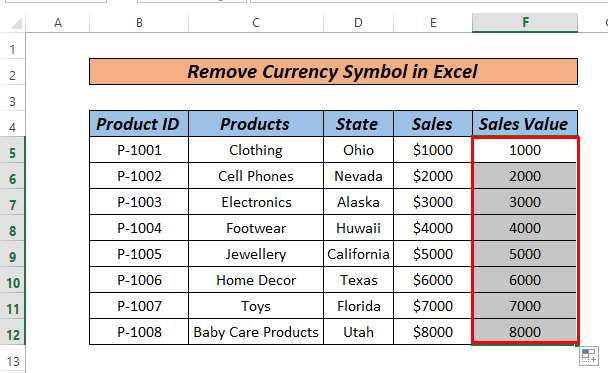 Here, LEN(E5)-1 yields result 4, as the currency symbol is the first character and we want to remove it, that’s why we used -1. Then = RIGHT(E5,4) will give us the output as “1000”. The RIGHT function took only the 4 characters from the right side of the cell, as we know texts are always on the right side in Excel.

Read More: How to Remove Sign in Excel (With 3 Examples)

Here, we will see the use of another simple function REPLACE. 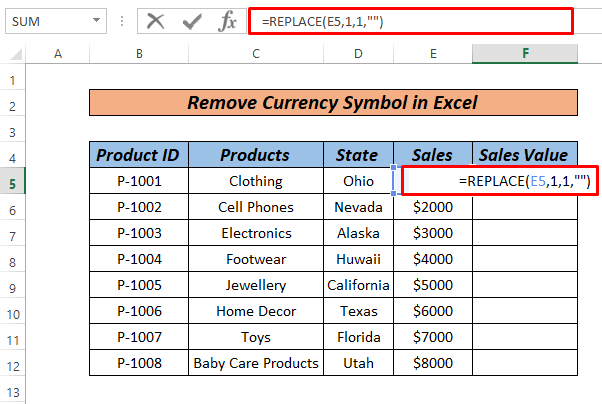 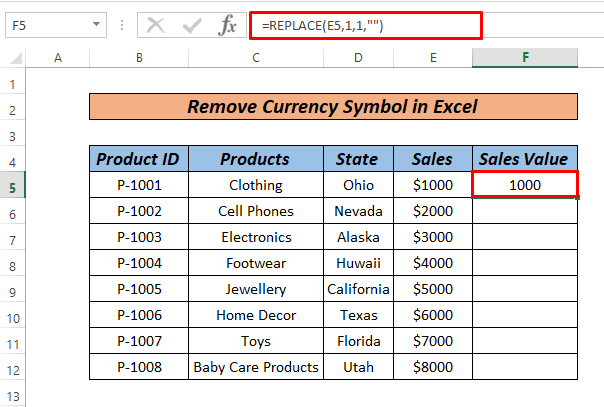 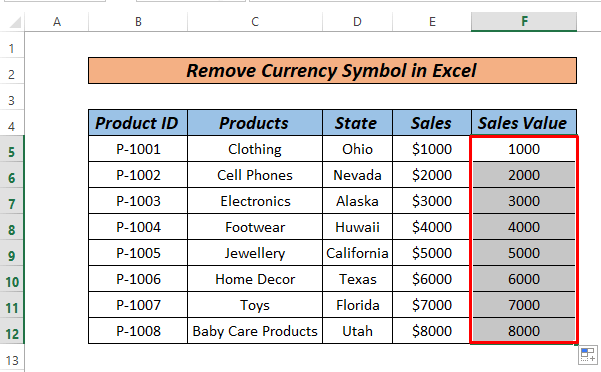 Here, in the REPLACE function, we’ve provided the cell reference and asked to replace the 1st character (since the currency symbol is in the 1st place) with null value (“”). Thus we’ve found the desired result.

Read More: How to Remove Symbol in Excel (8 Ways) 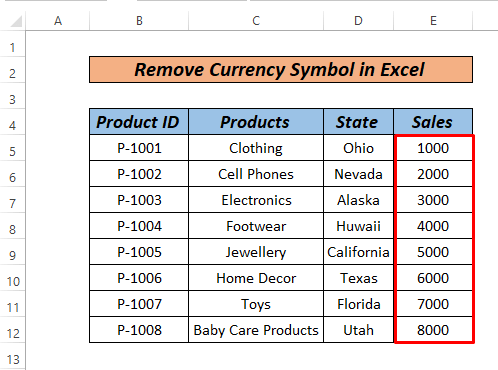 The single most crucial aspect in becoming accustomed to these quick approaches is practice. As a result, we’ve attached a practice workbook where you may practice these methods. 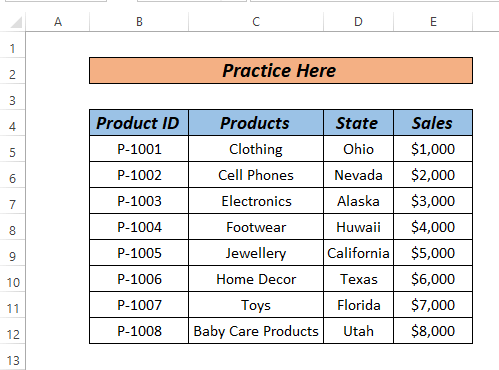 That’s all for the article. These are 6 different methods for how to remove currency symbol in Excel. Based on your preferences, you may choose the best alternative. Please leave them in the comments area if you have any questions or feedback.

How to Print Gridlines in Excel Online (2 Easy Ways)