This article explains how to remove negative sign in Excel using 7 different methods explained with examples. It happens to many calculations where we need to use just the values of numbers irrespective of their being positive or negative. These methods are easy to apply to get the desired results.

We can use the ABS Function to get the absolute value of numbers. The function takes a number as its only argument and returns only the value irrespective of its sign.

Here, we have a list of numbers in cells B4:B10 with both positive and negative. In cell C5, we put the following formula.

Cell B5 contains a negative number -7. The result is 7 as the ABS function removed the negative sign from it. 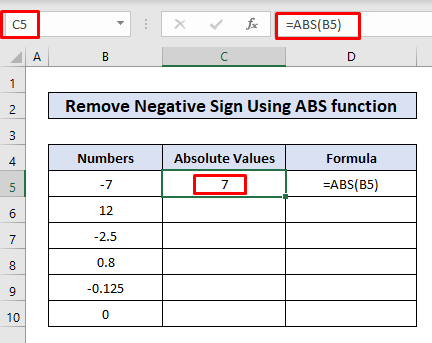 Now using the Fill Handler, we can copy and paste the formula for cells C6:C10. 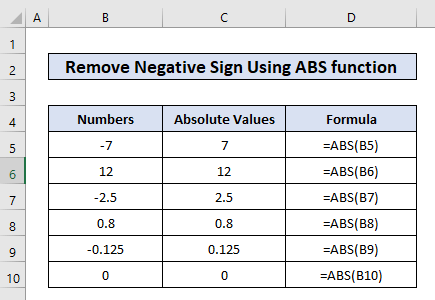 Excel’s find and replace feature allows us to replace a string or number quickly and efficiently. In this example, we’re going to replace the negative signs with an empty string. Follow the steps described below: 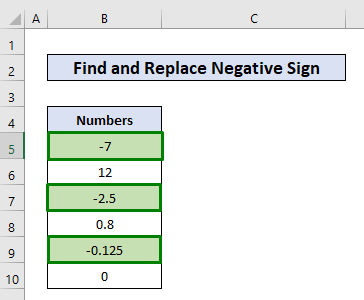 3. Use the IF Function to Check and Remove Negative Sign in Excel

The use of the IF function gives the facility to first check whether a number is negative or not and then put the necessary logic to remove the negative sign. In this example, in cell C5, write the following formula.

The output in cell C5 is negative sign removed value 7. 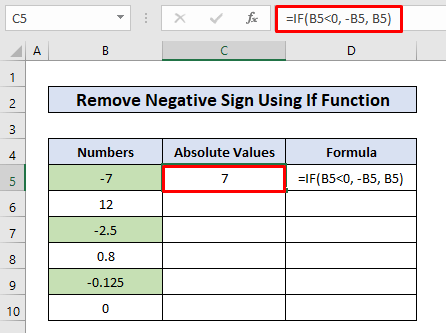 We can now copy the formula to the other cells by using the Fill Handle to remove the negative sign from the negative numbers. 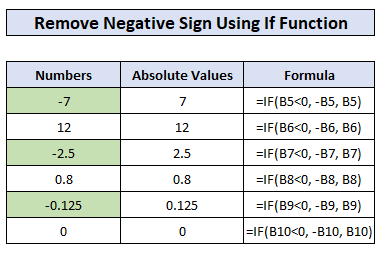 4. Reverse Negative Sign to Positive with the Paste Special Multiplication

In this example, we’ll take the help of value multiplication from the Paste Special options to remove negative signs from negative numbers. Let’s follow the steps below to perform that.
Steps:

Note: You can put the -1 in any cell in the worksheet. 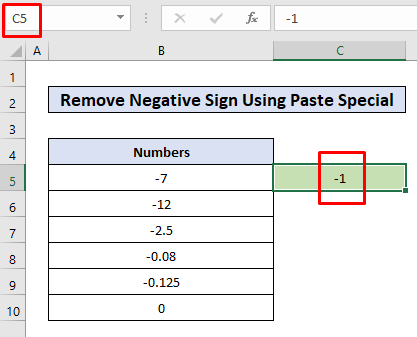 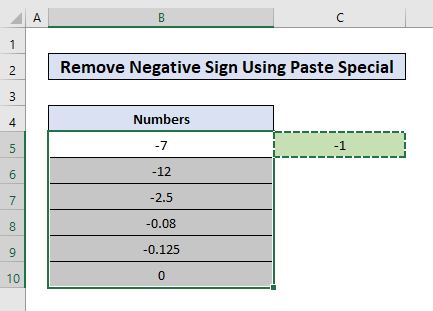 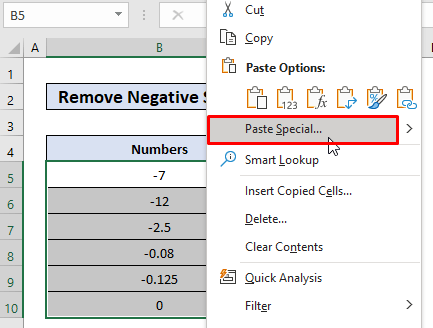 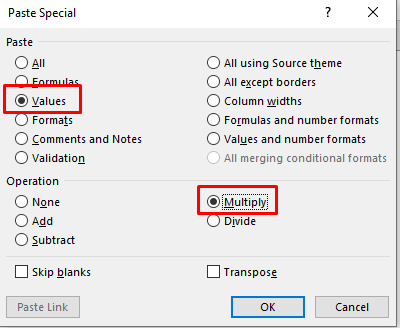 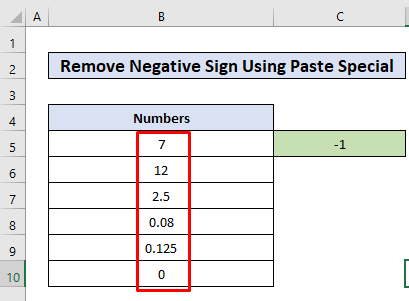 Flash Fill can automatically sense the data pattern and fills cells with data according to that pattern. We’re going to use this great feature from Excel to remove negative signs from the negative numbers. Let’s follow along!
Steps: 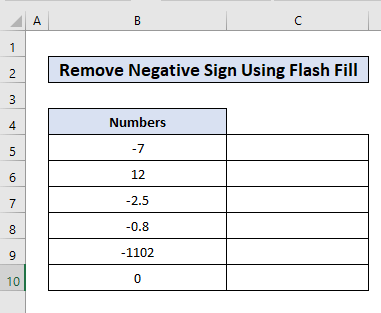 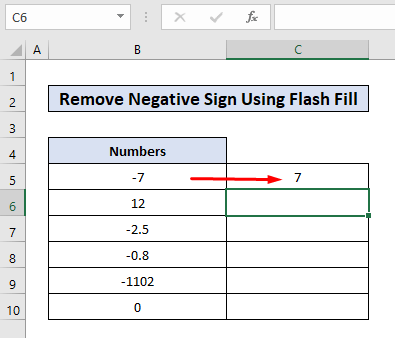 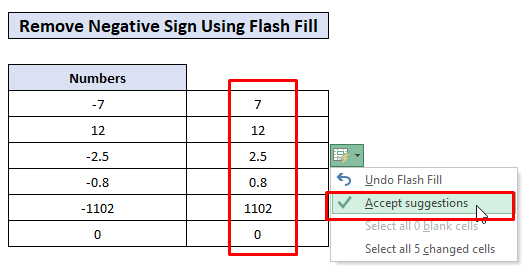 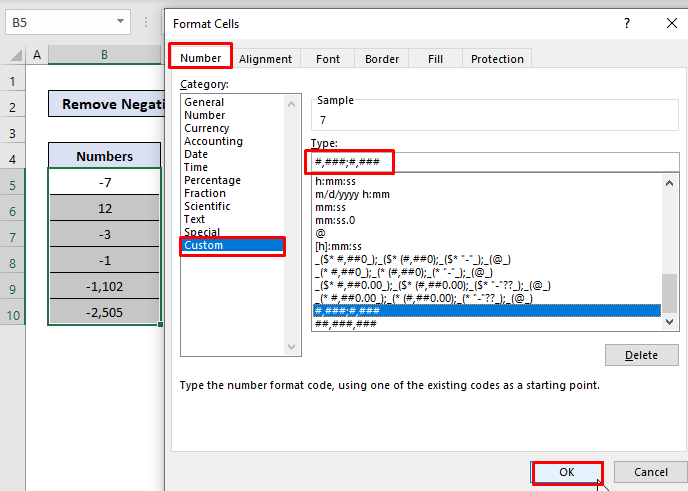 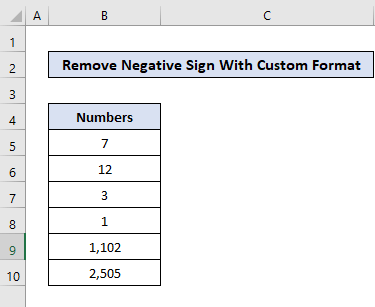 Read More: How to Remove Formatting in Excel Without Removing Contents

Using VBA is always quick and easy to accomplish a task in Excel. We can also run a simple VBA code to do our job in this article. Let’s remove negative signs from the selected cells in this example. 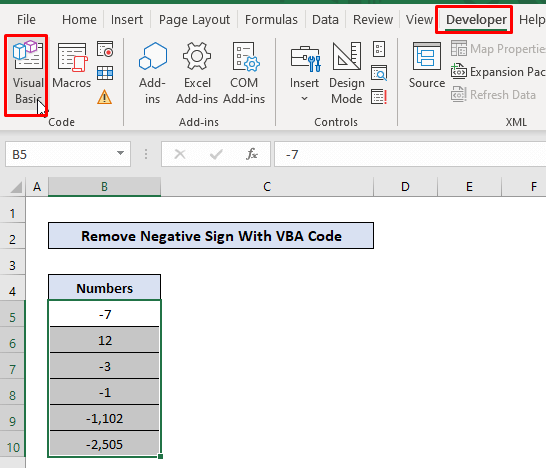 Explanation:
In the VBA code, the For Each loop is going to apply the If…Then…End If condition to each of the cells of B5:B10. It checks whether the number is less than zero or not. If the logic is true, it’ll replace the cell value with the negative value of itself. As a result, it’ll turn a positive number. That’s how the negative sign is removed.
Now we can see the result after running the VBA code. 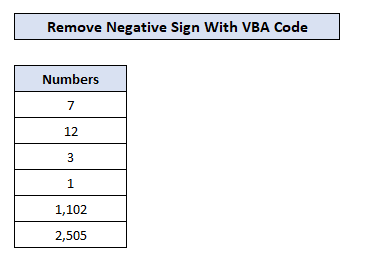 This code used the ABS function to get only the values of the selected cells.

Now, we know several methods to remove negative signs in Excel. Hopefully, it would encourage you to use these methods in your calculations more confidently. Any questions or suggestions don’t forget to put them in the comment box below.

How to Hide Gridlines in Excel (7 Easy Methods)