How to Calculate Average Percentage Increase in Excel

Suppose in your dataset you have your company’s previous 12 years’ sales data. Now, you want to calculate the average percentage increase of sales of your company per year. From the following section, you will get a clear idea of how you can do that. 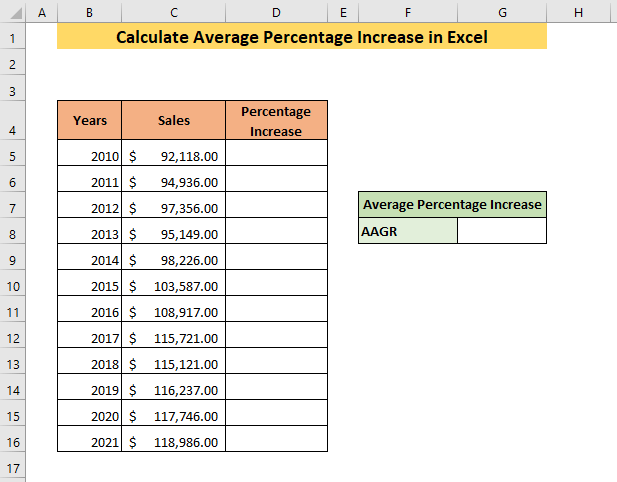 What is Average Percentage Increase

In CARG, the compounding effect is considered and each year growth is compounded in the following year. It can be an effective way to find out your savings interest. While in AARG the percentage increase over a number of years is simply averaged. AARG is used when the growth in a year is independent of the growth of the previous year. AARG or simple average percentage increase helps determine the sales growth of a company.

The formula for percentage increase,

And the formula for average percentage increase,

Understanding the Basics of Average Percentage 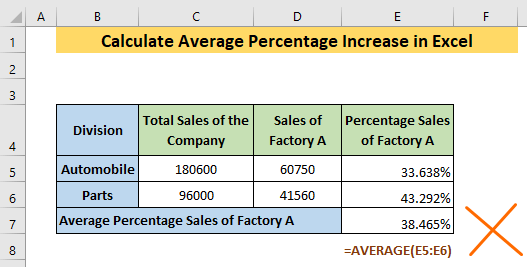 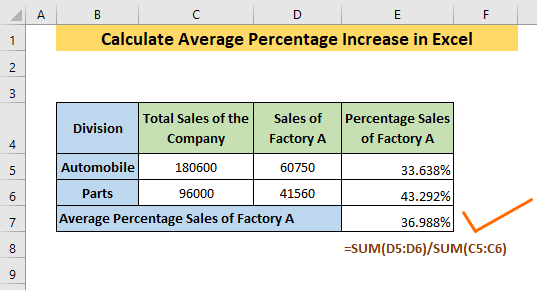 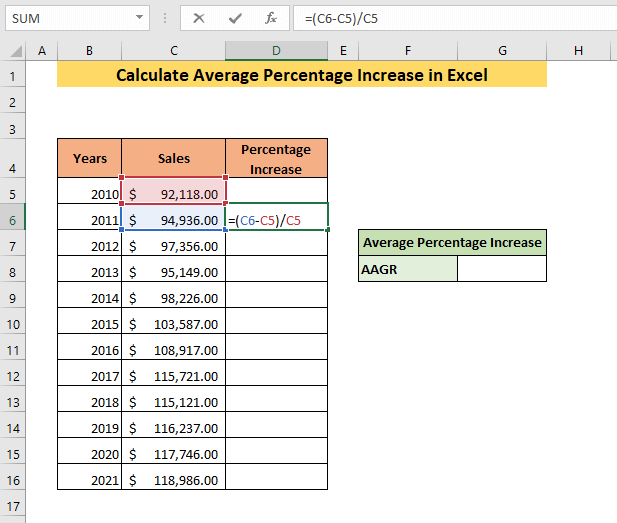 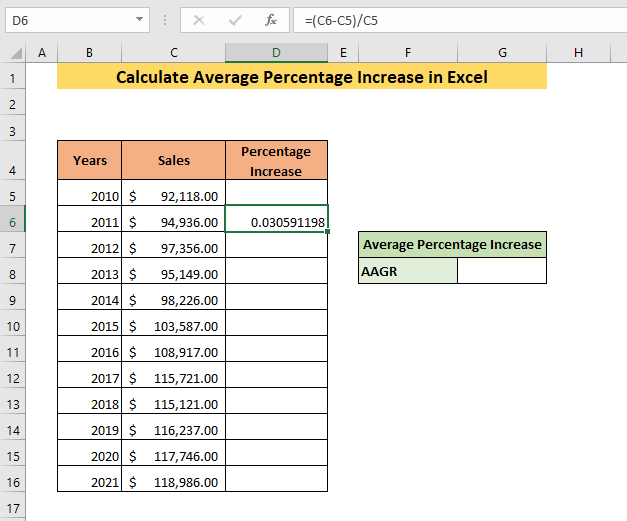 To get the percentage increase,

➤ Go to the Home tab and click on the Percent Style icon from the Number tab. 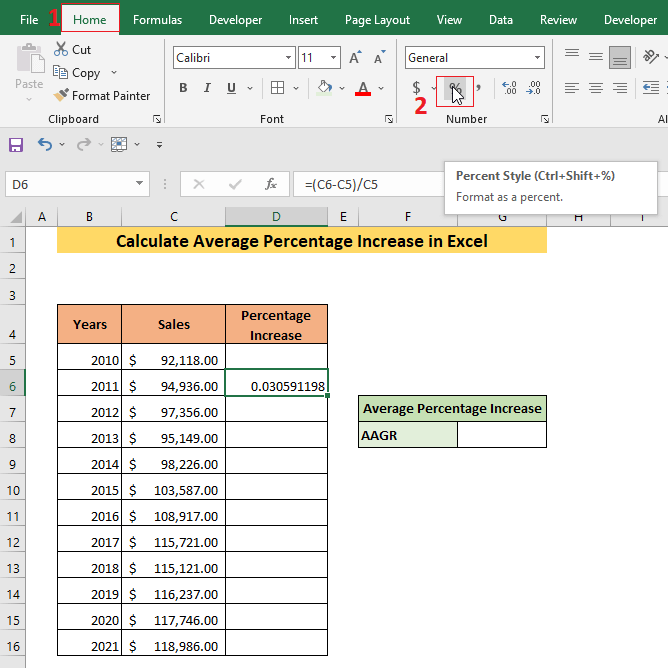 As a result, you will get a sales increase in percentage. 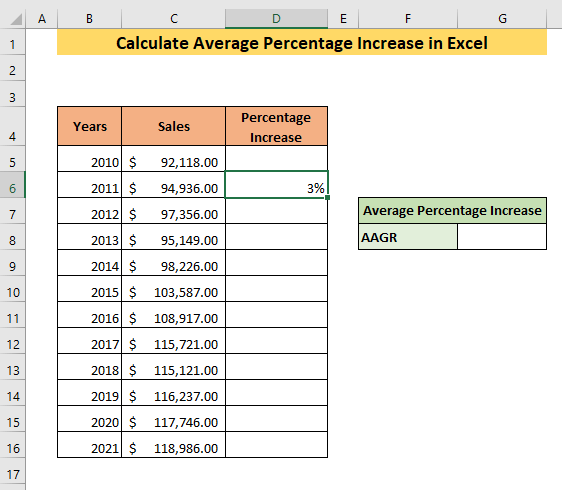 2. Percentage Increase in All of the Periods

Now, you need to calculate the percentage increase of all the periods.

➤ Select cell D6 put the cursor in the bottom right corner of the cell.

You will see the cursor will turn into a plus sign.

➤ Drag cell D6 to the end of your dataset after seeing the plus sign. 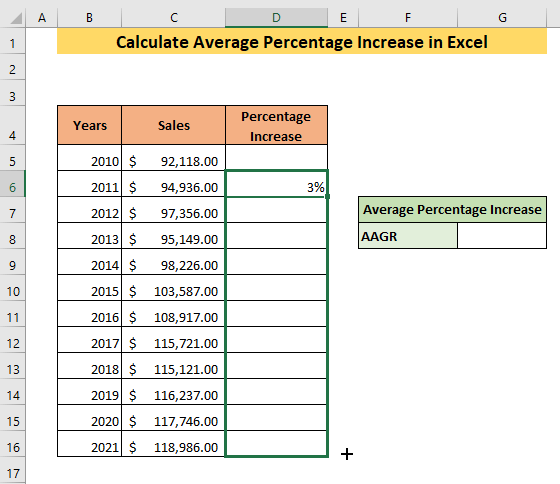 As a result, the formula which was applied in cell D6 will be applied in other cells and you will get the percentage increases for all the periods. 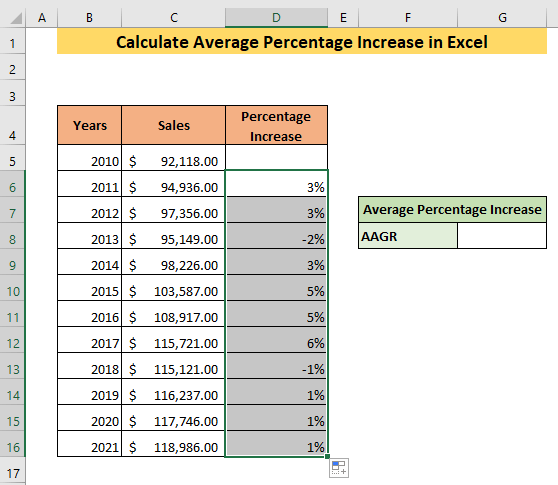 If you notice, the percentage numbers are showing only one digit. Excel approximates the total number to one digit. As percentage increase is a very small number, so, when it is approximated to one digit, you may not get the accurate value. Let’s add more digits to the numbers.

➤ Go to the Home tab and click on the Increase Decimal icon.

One additional digit will add to the selected numbers per click. 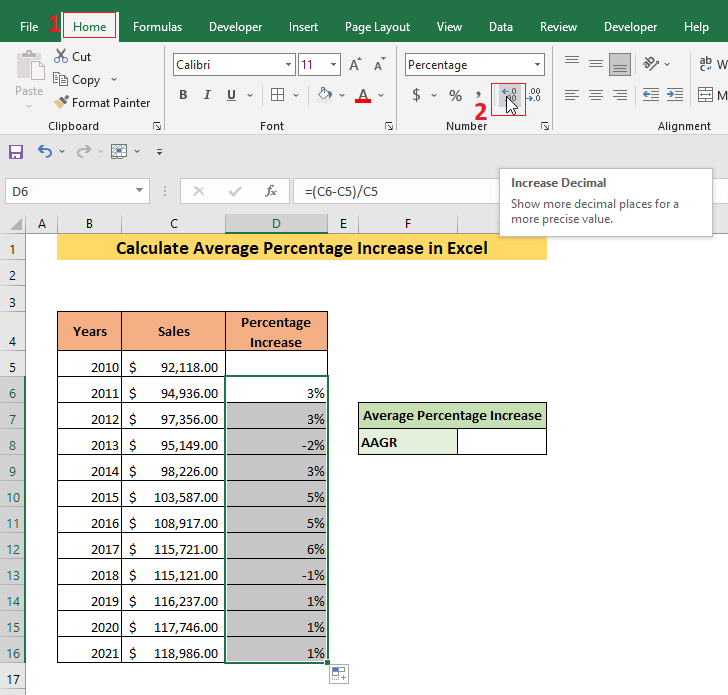 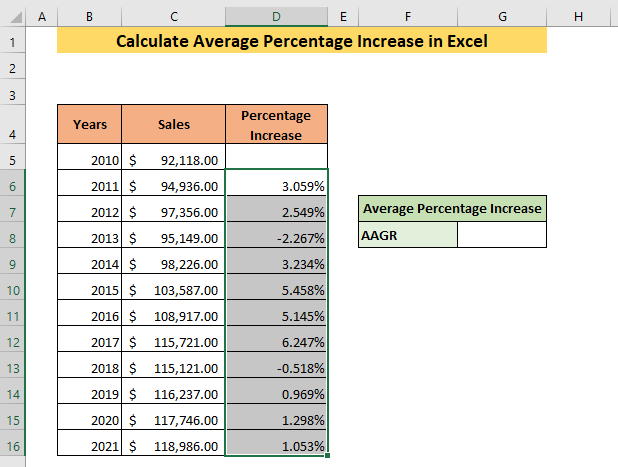 Read More: How to Calculate Average Percentage of Marks in Excel (Top 4 Methods)

In the final step, you need to calculate the average of these percentage increases.

Here, the AVERAGE function will give you the average of all of the percentage increases. 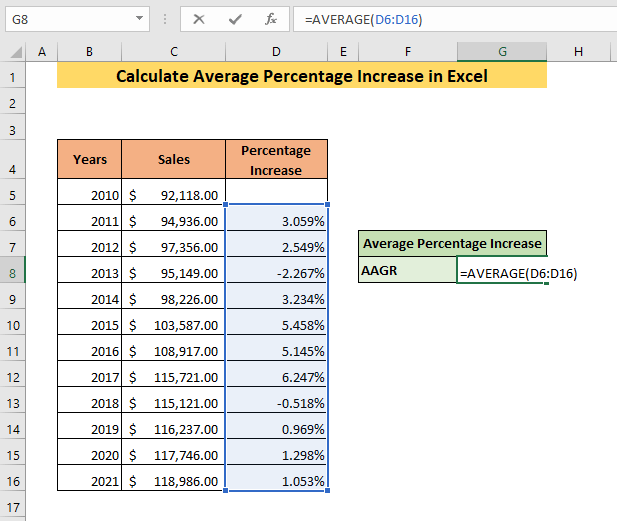 As a result, you will get the average percentage increase of the sales of your company over the year 20111 to 2021. 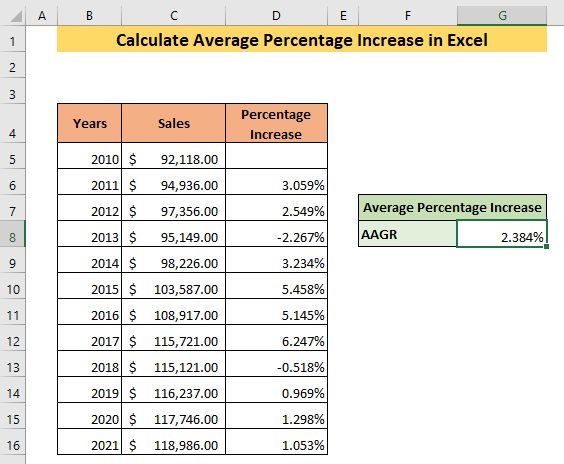 Read More: How to Calculate Average Percentage Increase in Excel