How to Calculate Percentage Between Multiple Numbers in Excel

2 Ways to Calculate Percentage Between Multiple Numbers in Excel

=(new value-old value)/old value*100
Inputting values into the above formula, the output may be positive or negative. The positive number depicts the percentage increase because the new value is higher than the old value.

To show these, we have made a dataset named Dataset of Sales. It has column headers as Stock at January (Unit), Stock at February (Unit) and Stock of March (Unit). The dataset is like this. 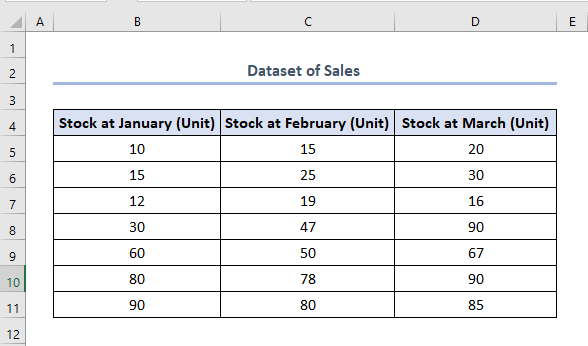 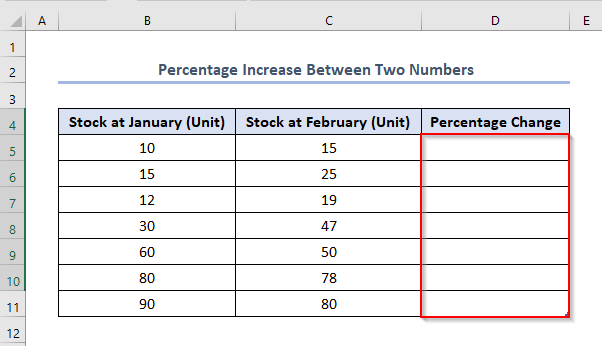 Read More: How do you Calculate Percentage Increase or Decrease in Excel

In this case, it is.

Here, C5 and B5 refer to the first value of Stock of January i.e. 10 and Stock of February i.e. 15 respectively. 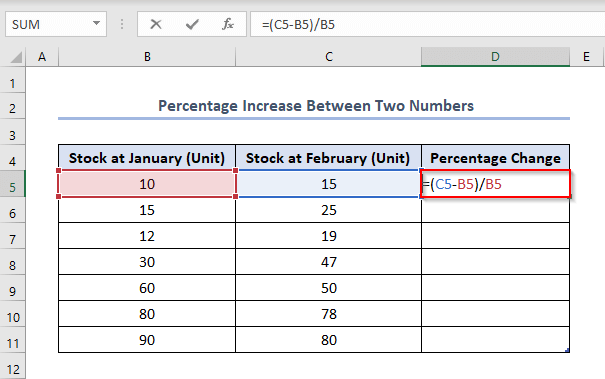 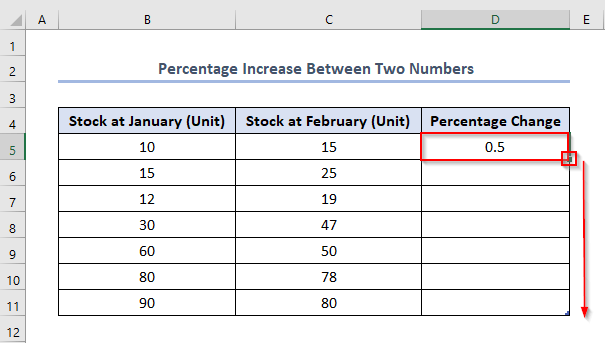 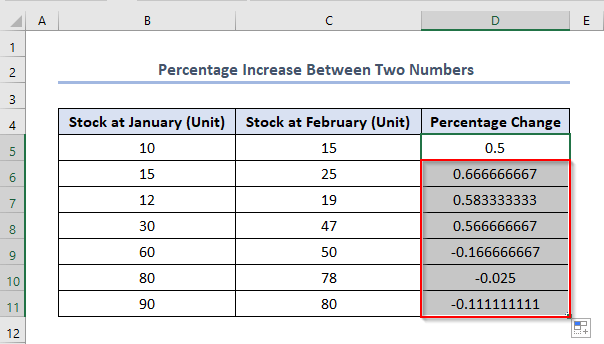 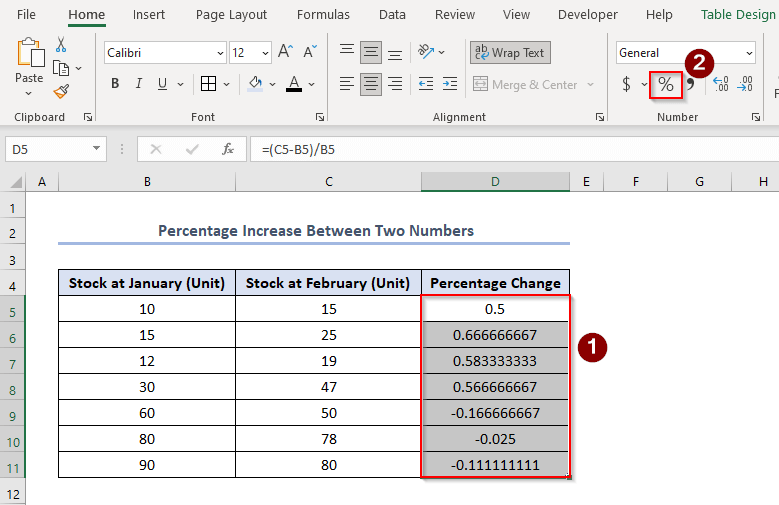 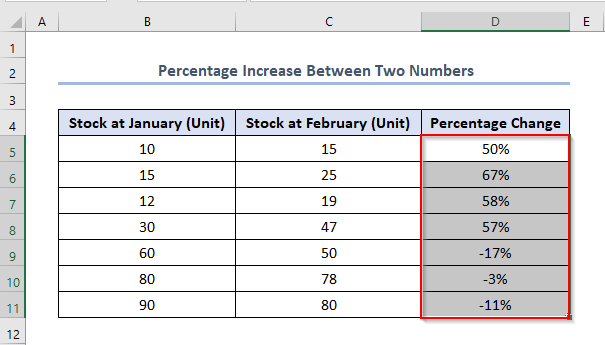 Now, we need to proceed with the following steps: 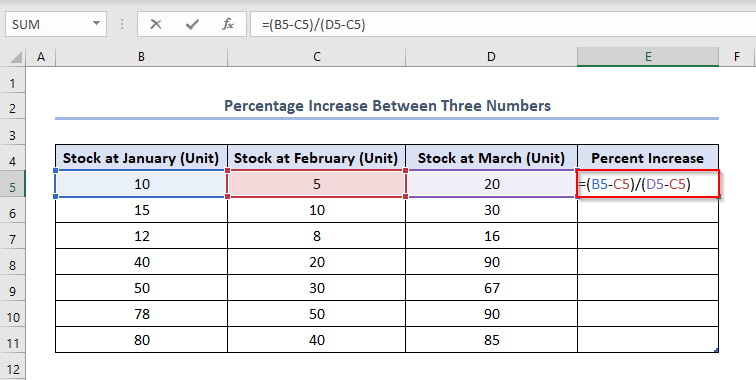 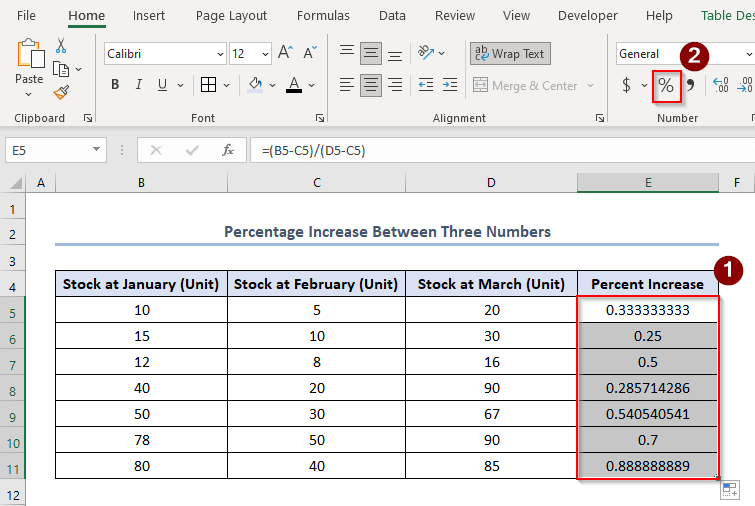 This is the way we can calculate the percentage increase between multiple numbers in Excel. Even if calculating percentages manually is not your favorite work, you can easily calculate using formulas in Excel from now on. I appreciate you for reading this article and leaving any opinions or comments below.

How to Use Negative Exponents in Excel (3 Easy Methods)