Shortcut for Merge and Center in Excel (3 Examples)

You can download the Excel file from the link below and practice along with it.

Shortcut for Merge And Center.xlsm

Merging cells means concatenating a number of cells vertically or horizontally that allows us more space to insert contents. Primarily, merge & center is used to create a title bar to the data tables.

3 Shortcuts for Merge and Center in Excel

1. Shortcut for Merge & Center in Excel

Look at the screenshot below. We have a data table of columns named Book List. Here the title of the table is Book List which is located only on a single cell.

But we can make the best fit of the title by putting it in the middle of the two columns. This can be easily done using the Merge & Center. 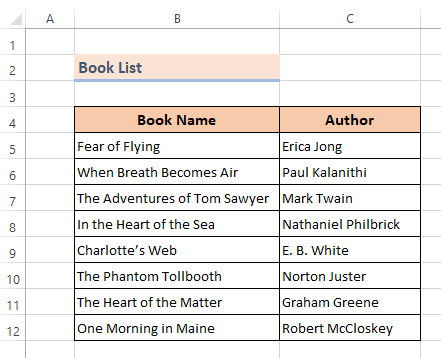 To make the title of the table center aligned,

❷ Then press the ALT key.

At this point, you will see the hints of keyboard shortcuts that have appeared like the image below: 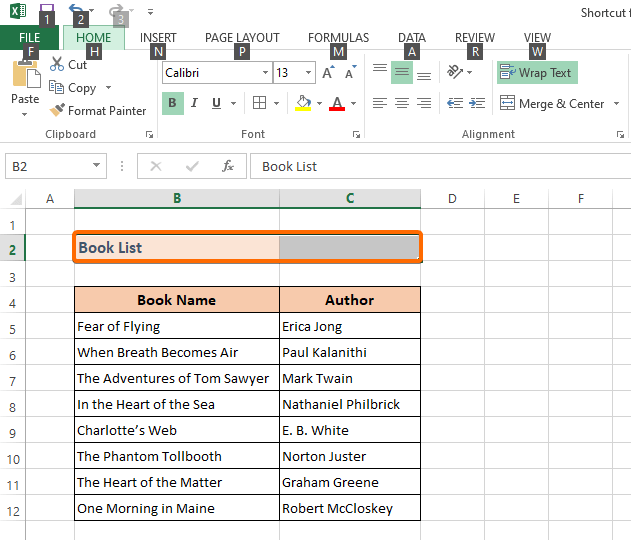 The Merge & Center command is located under the Home menu. So,

❸ Press the key H to select the Home menu.

❹ Then press M to go to the Merge & Center group. 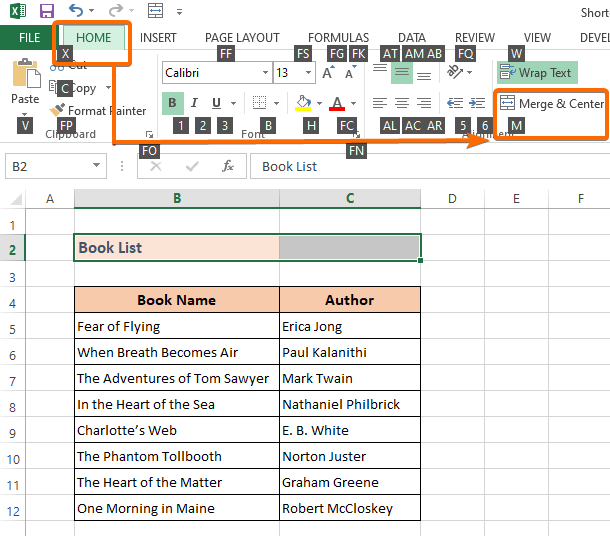 After pressing the M key, you will see four more options regarding Merge & center.

❺ Press C to apply the Merge & Center command to the selected cells. 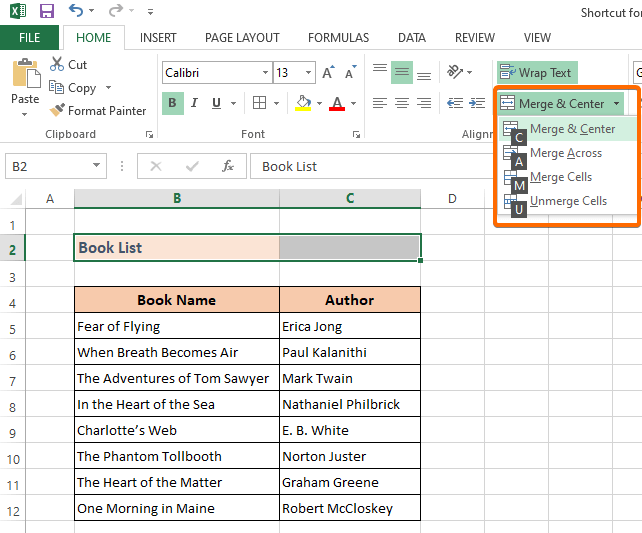 So the shortcut keys for the Merge & Center are ALT > H > M > C. After selecting the cells you have to press those keys one after another. When you hit the final key which is C, you will see the title text has become center-aligned like this: 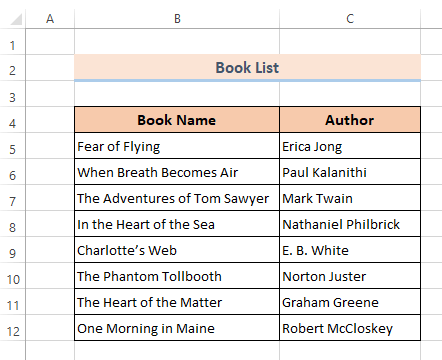 2. Shortcut for Merge Across in Excel

So, to apply the Merge Across command using the keyboard shortcut, follow the steps below:

❶ Select the cells in a single row that you want to merge together. 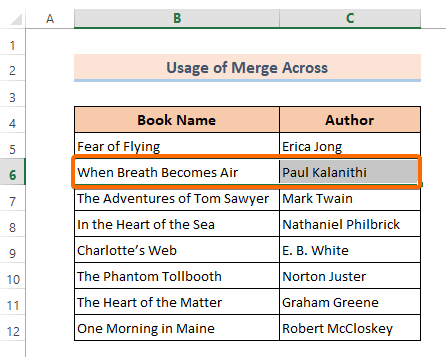 After that, a warning box like the image below will appear. It says, Merging cells only keeps the upper-left cell value and discards the other values. If you agree to the notice,

After that, you will see the selected cells have been all merged together like this: 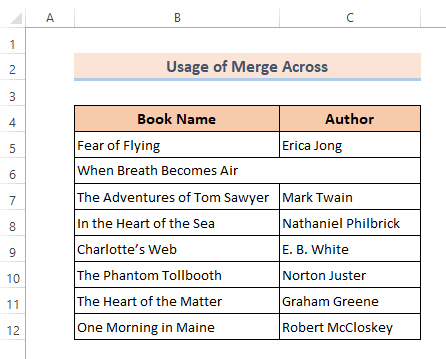 3. Shortcut for Merge Cells in Excel

If you want to merge cells vertically i.e. within a single column then you can apply the Merge Cells command.

This command only merges cells vertically but not horizontally. Anyways, to apply the Merge Cells command using a keyboard shortcut,

❶ First of all, select the consecutive cells that you want to merge together. 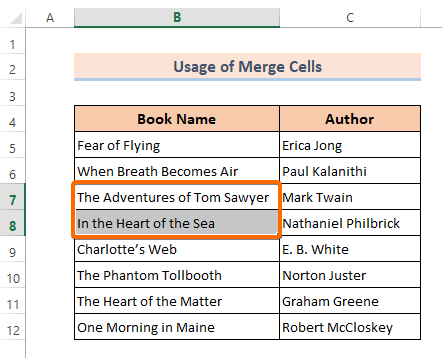 After that, you will see a warning box that says, “Merging cells only keeps the upper-left cell value and discards the other values.” If that’s alright with you then,

❸ Click on the OK command to proceed further.

After that you will see the cells have been merged vertically like the image below: 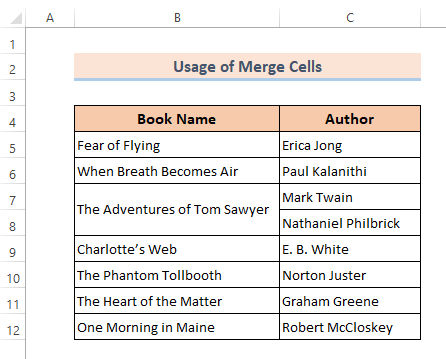 How to Unmerge Cells

To unmerge cells where you have already applied the Merge & Center command, follow the steps below:

❶ Firstly, select the cell where you have already applied the Merge & Center command. 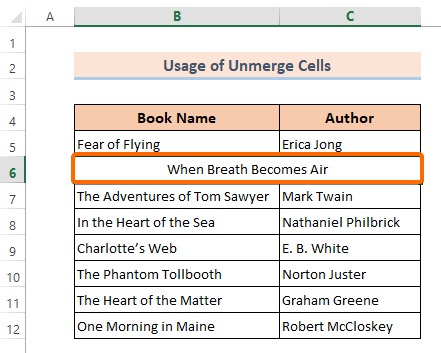 All the Shortcuts Regarding Merge & Center

For your convenience, here are all the shortcut keys relating to merge & center that discussed in this article:

For rapid and smooth workflow, you can add the Merge & Center command to the quick access toolbar. To do that follow the steps below:

❶ Go to the Home menu from the main ribbon.

❷ Under the Alignment group, you will see Merge & Center. Right-click on it. 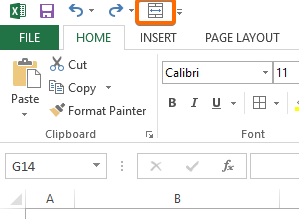 You can make your own custom shortcut key to apply the Merge & Center command in Excel.

❶ First right-click on the worksheet name and select View Code. Or you can press the ALT + F11 key to open up the VBA editor. 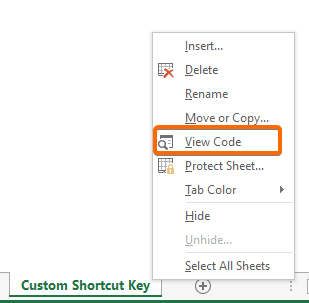 ❷ After that go to Module from the Insert ribbon. 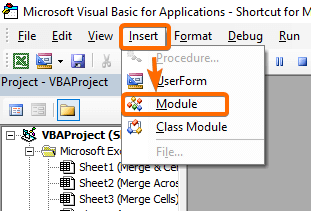 ❸ Then copy the following VBA code to the Excel VBA editor.

❹ Save the code and return back to the worksheet.

❻ Select MergeAndCenter function and then go to Options. 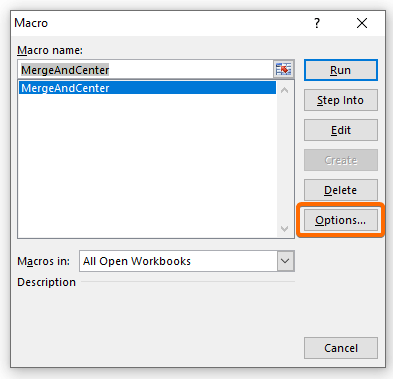 After that, a new dialog box called Macro Options will open up.

❼ Set your preferred shortcut key. For instance, we have inserted CTRL + K.

❽ After that hit the OK command. 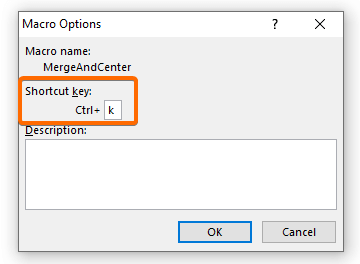 Read More: How to Combine Cells in Excel (4 Methods + Shortcut)

To sum up, we have discussed 3 shortcuts for merge and center in Excel. You are recommended to download the practice workbook attached along with this article and practice all the methods with that. And don’t hesitate to ask any questions in the comment section below. We will try to respond to all the relevant queries asap. And please visit our website Exceldemy to explore more.