Microsoft Excel is a handy software. We use Excel functions for our education, business, and financial analyses. Moreover, in light of the effective rate and the number of compounding periods per year calculating the nominal annual interest rate, we thoroughly use Excel NOMINAL function. With this in mind, we are going to learn how to use the NOMINAL function in Excel with an example.

Download this workbook and practice while going through the article.

The Excel Financial functions section includes the NOMINAL Function. It determines the number of compounding periods per year and the nominal annual interest rate for a given effective interest rate. Alternatively, the NOMINAL function is the EFFECT function’s inverse calculation. The following equation describes their relation.

Therefore, NOMINAL determines the number of compounding periods per year and the nominal annual interest rate for a declared effective interest rate. When the effective rate and the number of compounding years are provided, the function will return the nominal yearly interest rate. In financial analysis, we frequently compare multiple bonds, therefore we’re curious to know which one offers the best overall return. Moreover, the NOMINAL function can be useful when comparing two bonds, one of which advertises a real interest rate and the other a nominal rate.

Syntax: The syntax of the NOMINAL function is as follows:

Notes
For this article, I have used the Office 365 version. The NOMINAL function is available from Excel 2000 to the present version.

Calculating the annual nominal interest rates can be cumbersome if we have a large dataset. However, with the help of the NOMINAL function, we can determine them quickly and effectively. After we obtain the decimal values as outputs, we will format them in percentages using the Format Cells feature. Let’s get into it. To demonstrate, we take a dataset that represents annual nominal rates and periods of a credit bank. 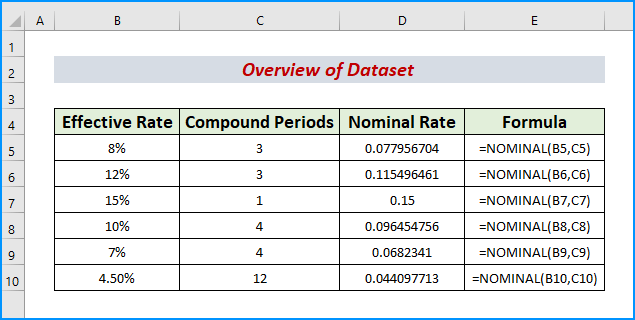 The first step aims to introduce a proper dataset with correct information. Let’s add the following sub-headings as follows. 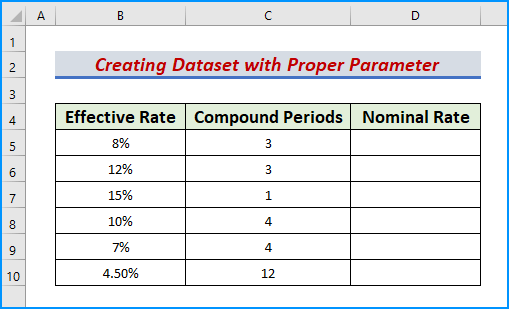 Read More: How to Use NPER Function in Excel (3 Relevant Examples)

The objective of the second step is to utilize the NOMINAL function for the given values. As already discussed, the function determines the nominal interest rate and returns a decimal. Therefore, let’s follow the instructions below to implement the function properly. 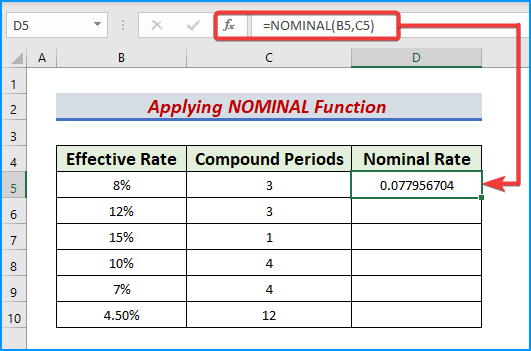 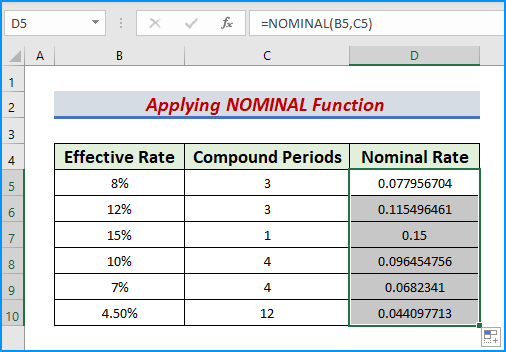 Read More: How to Use RRI Function in Excel (5 Suitable Examples)

In our last step, we will format the previously obtained decimal into percentages. To illustrate, we will use the Format Cells feature in Excel. To do so, follow the easy procedure below. 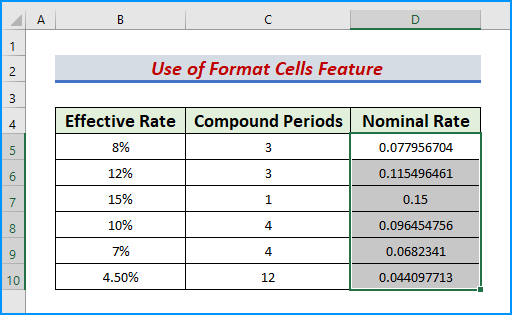 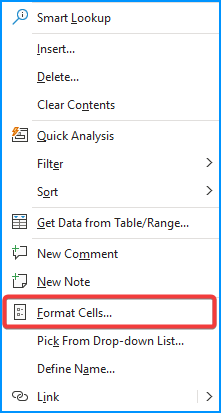 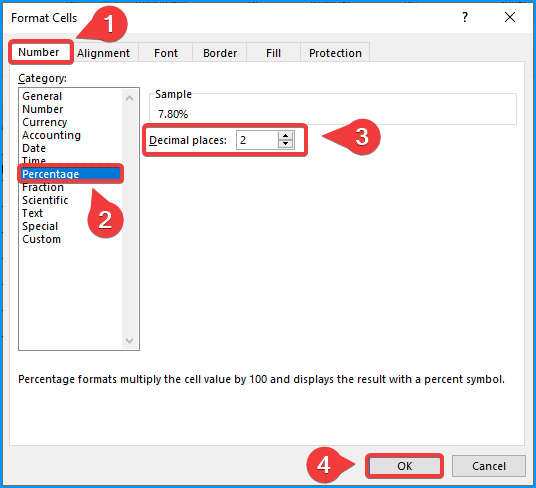 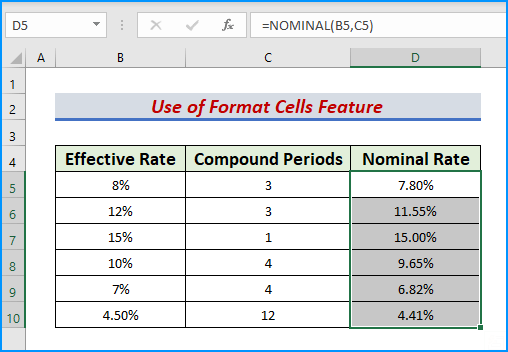 Read More: XIRR vs IRR in Excel (Differences with Examples)

Reasons Behind NOMINAL Function Not Working in Excel

The common errors likely to appear are as follows.

In conclusion, we have discussed some easy steps of how to use the NOMINAL function in Excel with an example. Not to mention, our ExcelDemy website shows various simple problem-solving methods like this. Please, leave any further queries or recommendations in the comment box below.

Hello! This is MD Yousuf Khan. I am a graduate & post-graduate in Information Technology from Jahangirnagar University, Bangladesh. Currently, I am writing articles for ExcelDemy. I am an independent, self-motivated person with enthusiasm to learn new things, and always try to do my best in any work assigned to me.