COUNTIF function is one of the most basic & simple operations in MS Excel that can be used to count 0 (Zero), greater than 0, or less than 0 under lots of criteria from multiple columns. In this article, I’ll try to guide you through the proper illustrations of how we can utilize this COUNTIF function precisely to determine the range of cells containing numbers greater than 0 (Zero).

You can download the Excel Workbook that we used to prepare this article. You can change the values, formulas, or input data in the blank cells to find out your own results.

COUNTIF to Count Greater Than Zero

range: Range of cells to be selected.

criteria: Criteria of the cells that need to be assigned.

Counts the number of cells within the range that meet the given condition.

In the picture below, a list of color names is given. If we want to know how many times Red is there then we have to type in the output cell-

After pressing Enter, we’ll see there are 4 instances of Red in the list. 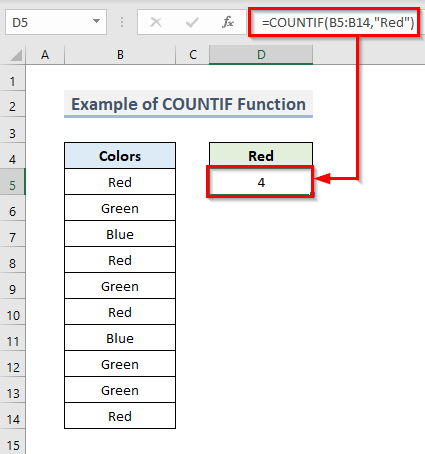 To determine how many cells satisfy a requirement, we use the COUNTIF function. This is one of the statistical functions in Excel.

Now, here’s our dataset with goals & assists in 15 matches of a footballer in a season. He has not played 2 matches (Match 6 & 9) and the cells are blank there. We want to count how many goals he has scored. 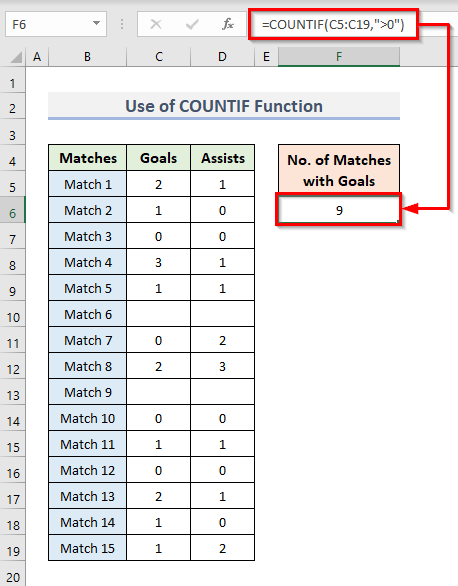 NOTE: Keep in mind, while inputting the criteria for greater or less than a number in the COUNTIF function, you have to put it between Double-Quotes(“…“).

We can also type our criteria for greater than zero by using Ampersand (&). As we’re now going to find how many matches the player has provided assists to the goal, we have to consider Column D now. 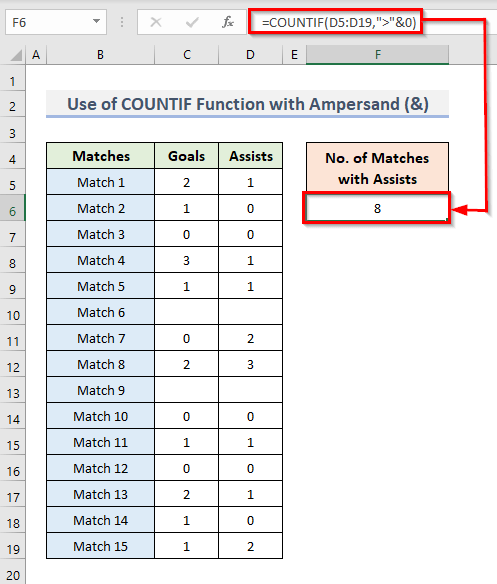 Here, we’re using Ampersand(&) after Double-Quotes to join the “Greater Than” criteria with 0.

3. Compute Cells Data Greater Than or Equal to 0(Zero) with Excel COUNTIF Function

Now we want to count cells containing numbers greater than 0. In our dataset, we can apply it to count the number of matches the footballer has played. 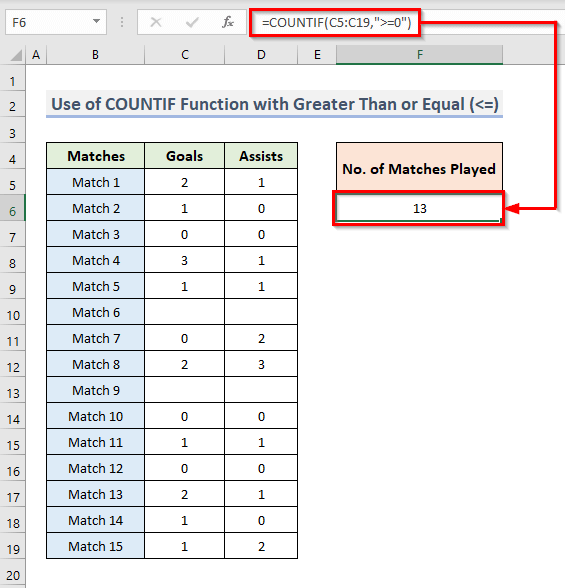 4. And Less Than Another Number with COUNTIF to Count Greater Than 0 (Zero)

Here’s another case where we want to find a number greater than 0 but less than 2. For our dataset, we can use this logic to count the number of matches the player has scored only 1 goal. 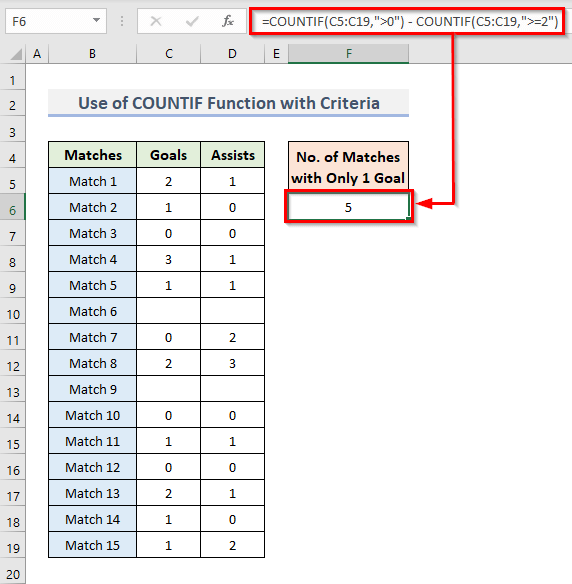 5. Utilize COUNTIFS Function under Multiple AND Criteria from Different Columns

If we want to add more than one criterion while counting cells greater than 0, then we have to use the COUNTIFS function where multiple criteria can be added easily. So, now we want to know how many matches the footballer has scored goals as well as provided assists. 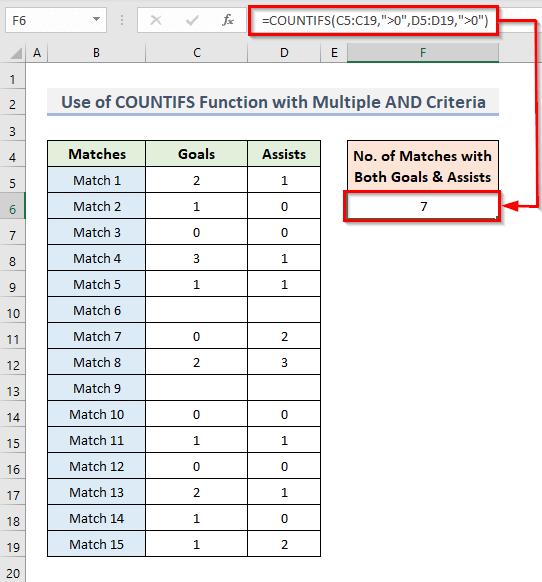 NOTE: To add multiple criteria, we have to simply use Comma(,) to separate two criteria.

And in our last example, we’ll use COUNTIF along with COUNTIFS functions together. This time we’re going to find the number of matches where the player has either scored goals or providing assists. 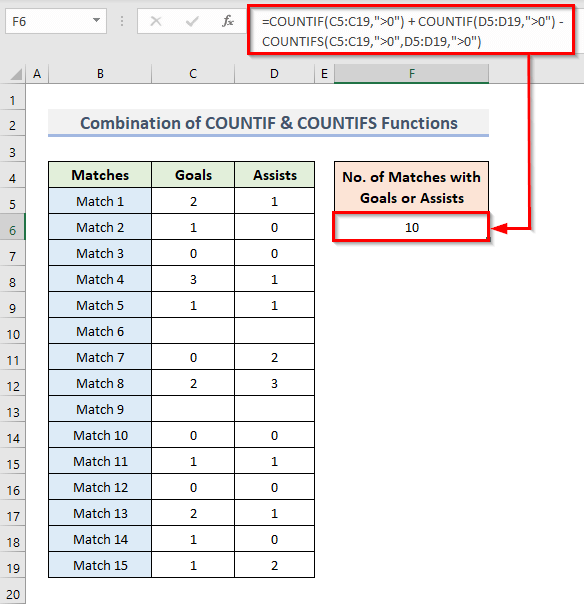 By using Plus (+) between two COUNTIF functions, we’re separately determining the number of matches the player has scored goals & provided assists. So, here the return value will be 9+8=17. After that, the COUNTIFS function will find out how many matches the player has both scored goals & provided assists. Here the resultant count is 7. By subtracting the resultant value found through the previous step from that of 1st step, the final output will be 10 (17-7=10).

I hope I’ve covered all possible criteria & methods we can use COUNTIF as well as COUNTIFS functions to count the cells greater than 0 in this article. If you think I’ve missed one that should’ve been added too then please let me know in the comment section. You can also have a look at our other interesting & informative articles related to Excel functions on this website.