How to Filter Special Characters in Excel (An Easy Guide)

While filtering in Excel, no direct command can filter the special characters. In this particular situation, we had to apply a custom filter in different ways. In this article, we’ll cover those easy ways to filter special characters in Excel with sharp steps and clear illustrations.

What Is Special Character?

First of all, get introduced to our dataset first which represents some person’s phone numbers. Take a look, there are some special characters within the numbers. Now we’ll use the Custom Autofilter command to filter for specific special characters. 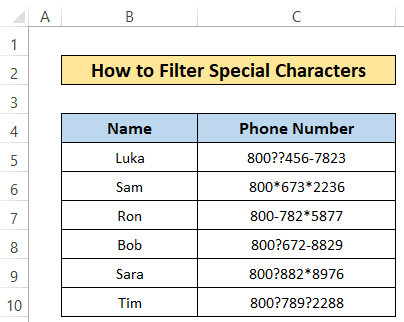 In our very first section, we’ll apply the Custom Autofilter of Excel to filter out only one kind of special character from the data. 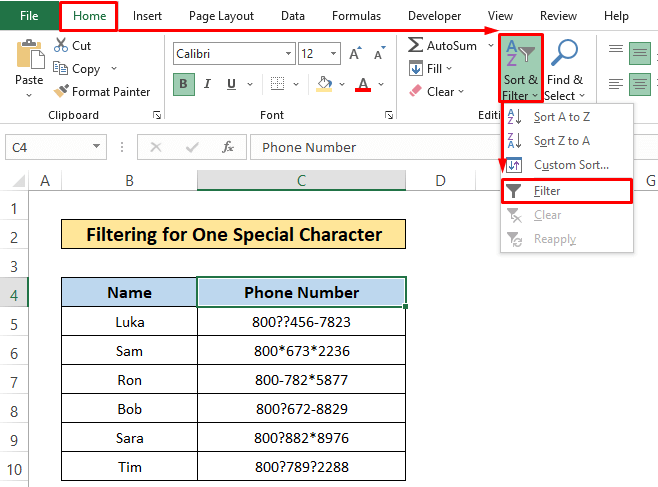 Now see the triangular filter icon available in every header of the dataset.

From the image below, also see that it is only showing the whole phone numbers, there are no options with individual special characters to filter by default. 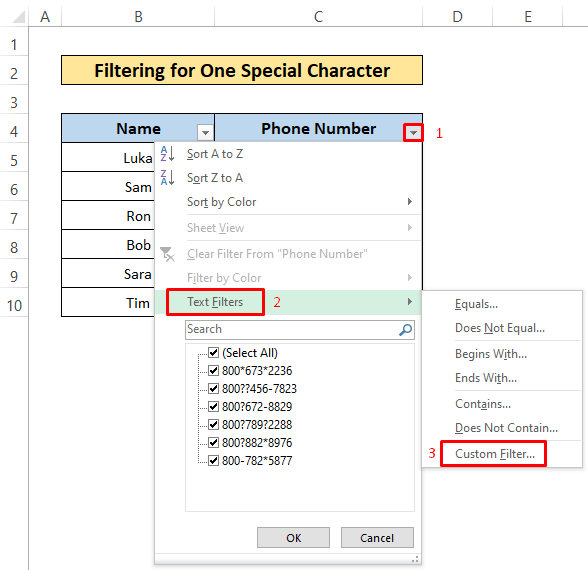 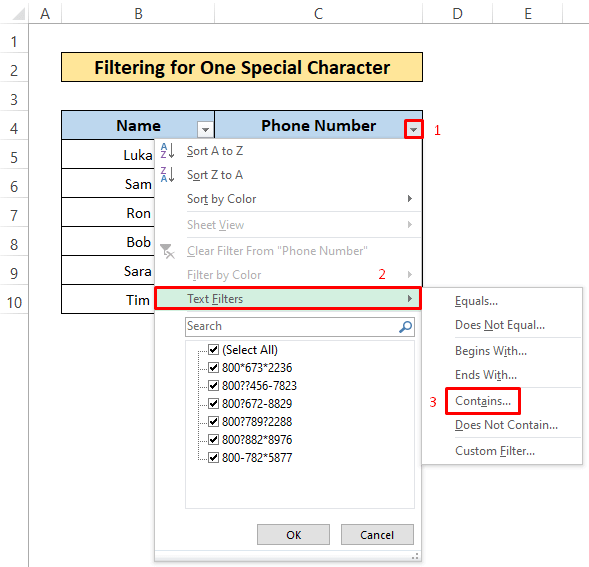 Now have a look, it’s now showing all the cells with the ‘?’ character. 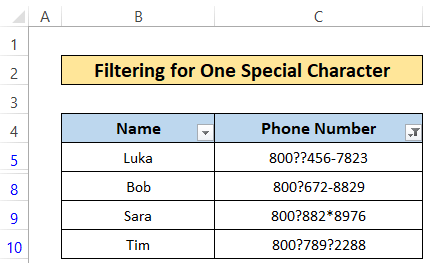 You can search for two characters at once, which means it will filter those cells which have both two characters. For we’ll just use the And operator in the Custom Autofilter dialog box.

Now see, it’s showing the cell that contains both the special characters.

3. Applying Filter for Either of Two Special Characters

The Custom Autofilter has also an Or operator by using that we can filter for the cells which have at least one of two special characters.

Soon, you will get the cells that have the Question mark (?) or Hyphen (-) character. 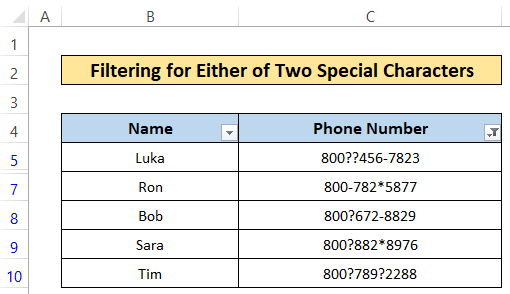 Read More: How to Check If Cell Contains Special Character in Excel (2 Ways)

That’s all for the article. I hope the procedures described above will be good enough to filter special characters in Excel. Feel free to ask any question in the comment section and please give me feedback. Visit ExcelDemy to explore more.