Calculate Positive or Negative Difference Between Two Numbers in Excel

Finding differences is a basic and simple task in any mathematical calculation. In Excel, we can do it in very quick and smart ways. It will save time and will show the positive or negative sign after subtracting. So today in this article, I am gonna show 3 useful methods to calculate the difference between two numbers positive or negative in Excel.

You can download the free Excel template from here and practice on your own.

To explore the methods, we’ll use the following dataset that represents the growth of Facebook, Youtube, Twitter, and Netflix for two consecutive months. We’ll calculate the difference between them using the methods described below.

First, we’ll learn the most basic way to calculate the positive or negative difference between two numbers in Excel. Just type the numbers directly in a cell and subtract.

As our values are in percentage formats and we are directly giving input to the values so we’ll have to keep the percentage with the numbers before subtracting. 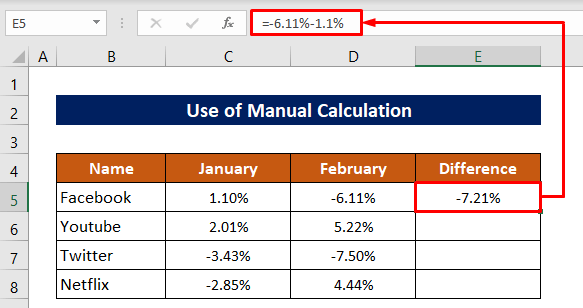 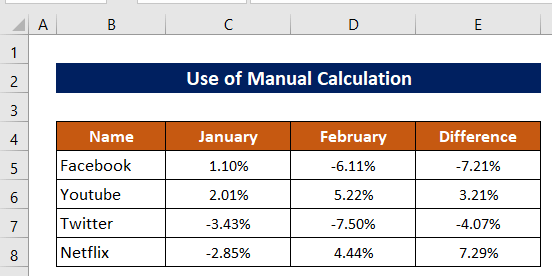 2. Use Cell Reference to Find Positive or Negative Differences Between Two Numbers 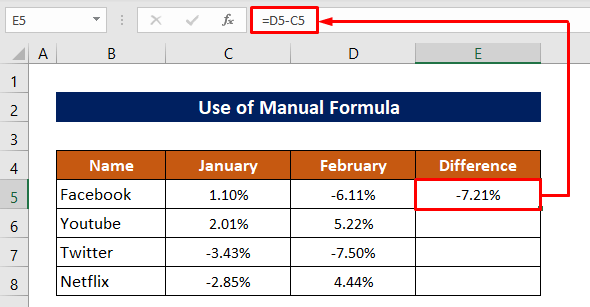 Then soon after you will get the differences like the image below. 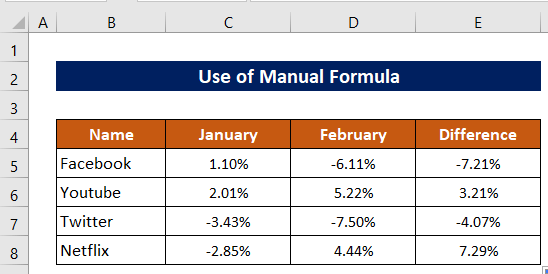 Read More: How to Calculate Absolute Difference between Two Numbers in Excel 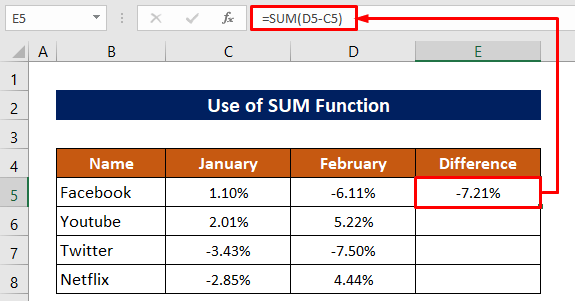 Here’s the output after using the SUM function.

Read More: How to Find Significant Difference Between Two Numbers in Excel

You will get a practice sheet in the Excel file given above to practice the explained ways. 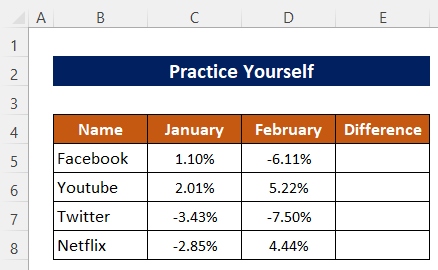 I hope the procedures described above will be good enough to calculate the difference between two numbers positive or negative in Excel. Feel free to ask any question in the comment section and please give me feedback.