How to Find Significant Difference Between Two Numbers in Excel

A t-test is a dataset that is used to see if there is a significant difference between two different groups that are connected in some way. The t-test is one of several tests used in statistics for hypothesis testing.

Three important data values are required to calculate a t-test.

Hypothesis tests that evaluate the values of one or two samples are known as t-tests. Based on the t-test and how it’s set up, it can tell you if:

A t-test is a dataset that is used to see if there is a mean difference between 2 categories that are connected in some way.

2 Ways to Find Significant Difference Between Two Numbers in Excel 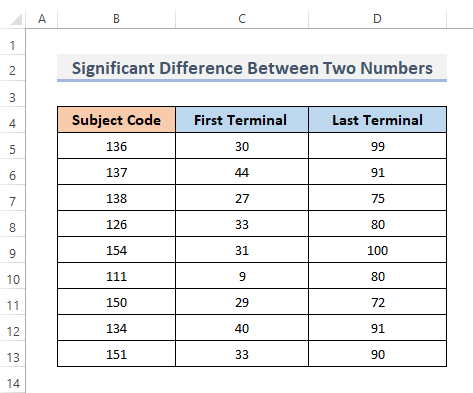 Systems and applications that gather and process data are known as Data Analysis tools. Microsoft Excel allows data analysts to generate customizable data aggregations, visualize data, compute percentages and other standard statistics, and more. We need to use the Data Analysis tool to do a t.test to find if the differences between two numbers are significant or not. For this, we need to follow the procedures down. 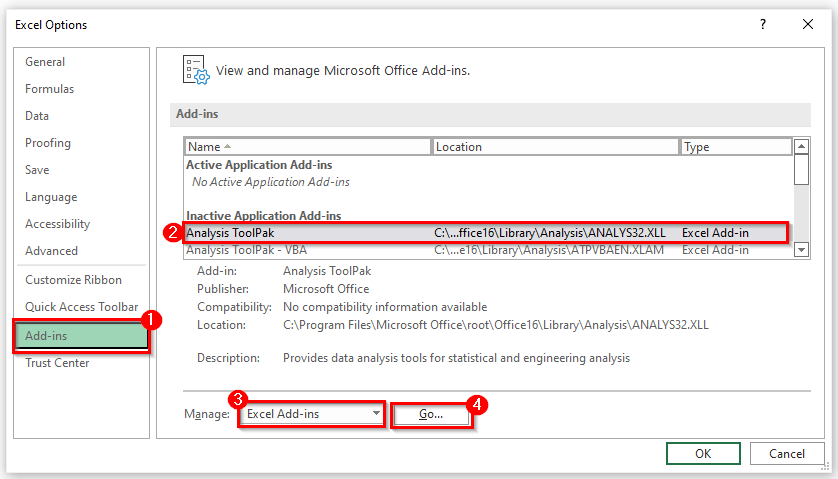 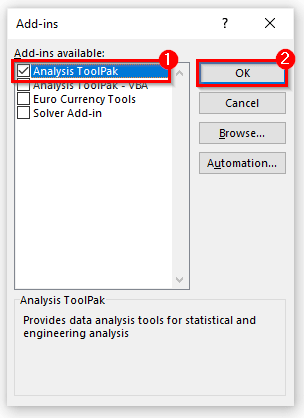 Note: In Excel for Mac, the Analysis ToolPak is no longer available. To do some different measures, you’ll need to download a third-party analytic tool.

To evaluate two-sample t-test statistics we need the Data Analysis feature that we just launched in step 1. 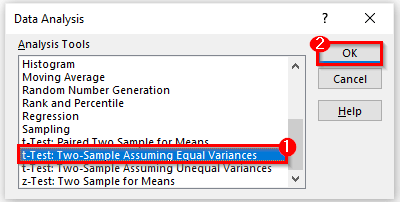 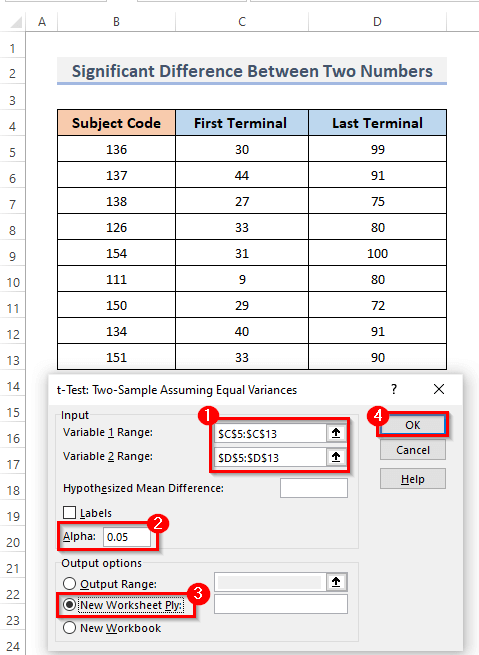 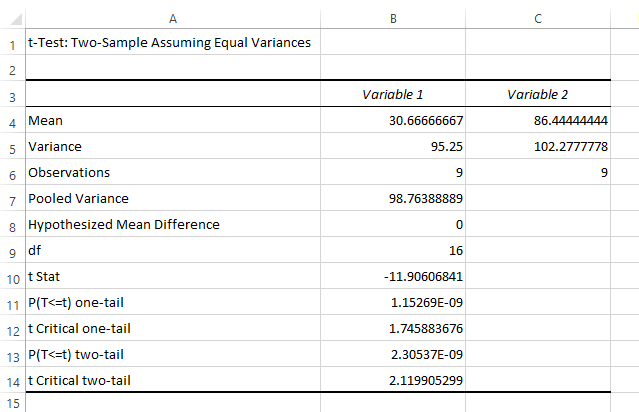 You can see in cell B13, that the P(T<=t) two-tail is less than the alpha value which is 0.05. We may conclude that the means of our two trials differ by a statistically significant amount. So, we can say the difference is significant. 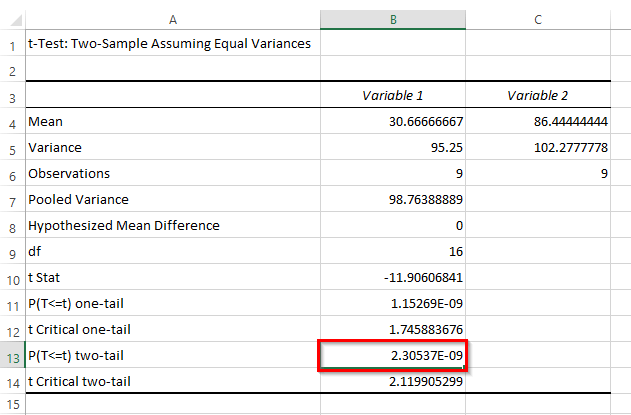 Note: T-tests are resilient to discrepancies among variances when both categories have an equal or approximately equivalent number of instances and standard portion size. If one group’s variance is double that of others, it’s reason to be concerned! Minor deviations, on the other hand, are unimportant.

Use the uneven variances variant of the 2-sample t-test if you already have differences with regard and a different number of respondents.

Read More: How to Calculate Significant Difference Between Two Means in Excel

2. Use Formula to Get Significant Difference Between Two Numbers in Excel

Excel formulas allow us to perform many calculations. Formulas can crib into multiple cells and even spreadsheets. As a result, if users wish to execute the same actions on many sets of data, they don’t have to rebuild the formula. We can apply Formulas to a pair of two integers or a group of data cells. Instead of using the Data Analysis tool, we can use a formula to do the t.test. This is the shortcut way for doing the t.test to find whether a difference between two numbers is significant or not.

For the formula, in the first place, we need to select the range of the data which is an array in the T.TEST function in excel. 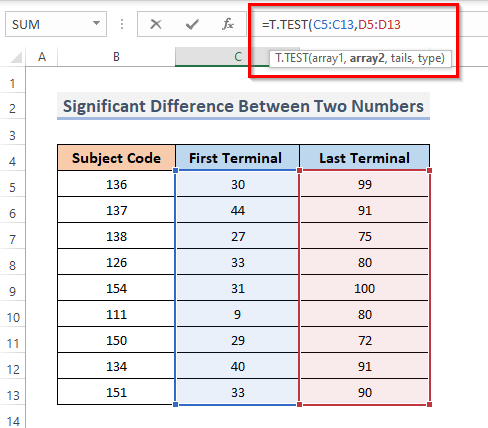 And, finally, if we click on the resulting cell, we will see the formula for the t.test in the formula bar.

And the result of the first method matches this result. So we can easily say that the difference between the two numbers is significant. 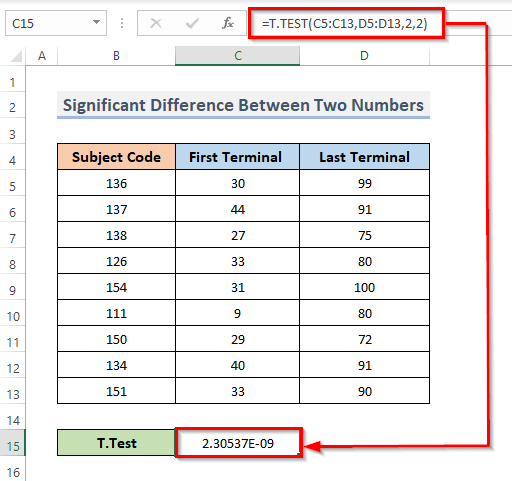 Note: The t-test determines the likelihood that the difference in the two values is due to randomness. It is common practice to declare that if the probability is less than 0.05, the difference is significant,’ indicating that it is not due to chance.

The above methods will assist you to find a significant difference between two numbers in Excel. Hope this will help you! If you have any questions, suggestions, or feedback please let us know in the comment section. Or you can have a glance at our other articles in the ExcelDemy.com blog!