Often we face a common problem that Excel is showing the formula where we need the result.

Excel is showing this

Today we are going to know about the reasons behind this problem.

Showing Formula Instead of Result.xlsx

8 Reasons for Showing Formula Instead of Result in Excel

1. Using Space Before Equal Sign for Showing Formula Instead of Result 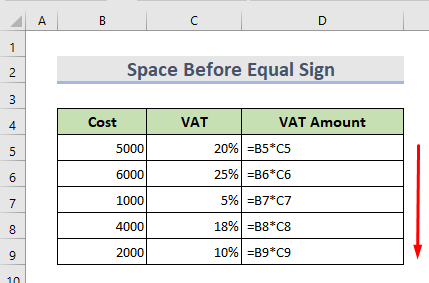 Omitting spaces before the Equal signs of the formulas will solve this problem.

Read More: How to Show Formulas When Printing in Excel

2. Wrapping the Formula in Quotes

Maximum time online, people indicate the formula by wrapping it in quotes. The formula won’t work then. Quotes can only be used inside the formula if it’s necessary. A dataset is shown below indicating this problem. 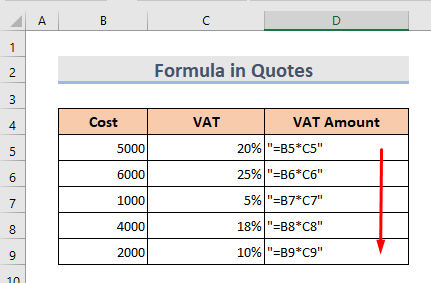 So we won’t wrap the formula in a quote.

Using an equal sign before the formula is a must thing in Excel. Otherwise, Excel will take the cell as simple text. The resultant dataset will look like this: 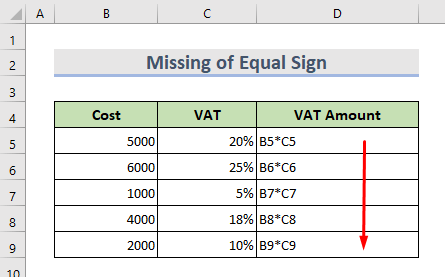 Sometimes the Show Formulas option from the Formulas ribbon gets enabled because of pressing Ctrl+` from the keyboard. Now the dataset looks like this: 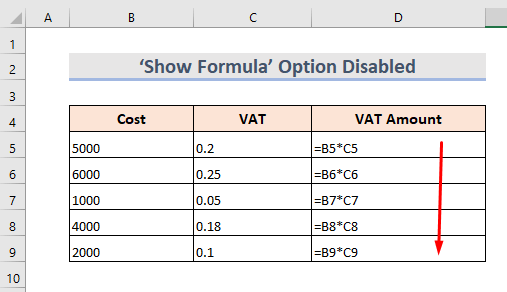 To avoid the problem, simply go to the Formula ribbon and disable the Show Formulas mode.

Read More: How to Show All Formulas in Excel (4 Easy & Quick Methods)

If the cell is formatted into Text, Excel won’t calculate the formula as it treats the formula as text. It’s one of the most common problems in Excel. The dataset looks like this: 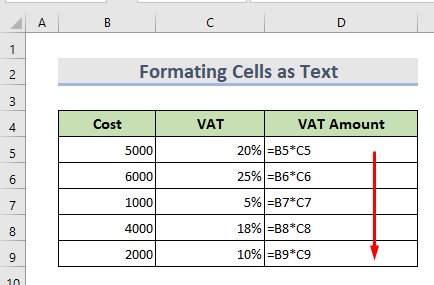 To avoid this problem,

Read More: How to Convert Text to Formula Using the INDIRECT Function in Excel

6. Using Apostrophe Before the Formula

By putting an Apostrophe at the beginning of the cell, Excel considers it as a text string and doesn’t show the result of the formula. Here is a dataset with this problem: 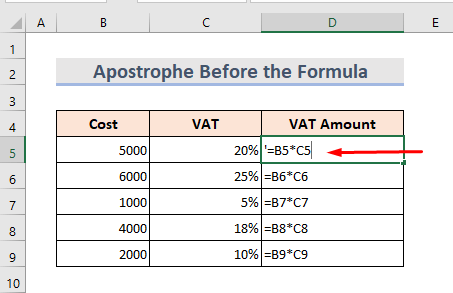 7. Showing Formula Instead of Result by Entering Number with Manual Formats in Excel

If we use any Currency sign or Decimal separator before entering a number in a formula, Excel won’t take it correctly. The formula won’t be applied there and it will be displayed like this: 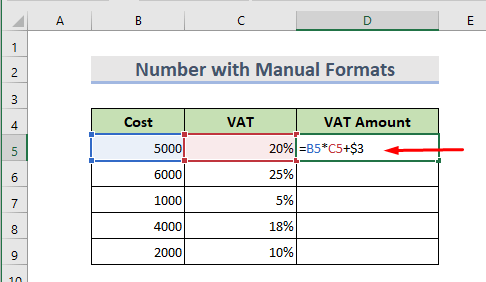 Read More: How to Show Value Instead of Formula in Excel (7 Methods)

8. Deactivated ‘Formula Display’ Option for Showing Formula Instead of Result

Imagine we have a worksheet and it’s not showing the formula values because of the deactivation of the Formula Display Option. It Looks like this: 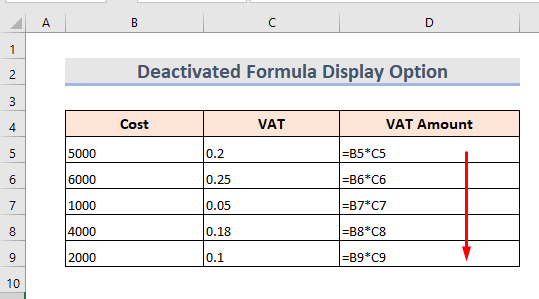 We can solve this problem manually in one worksheet but in the case of a lot of worksheets, we can simply follow these steps: 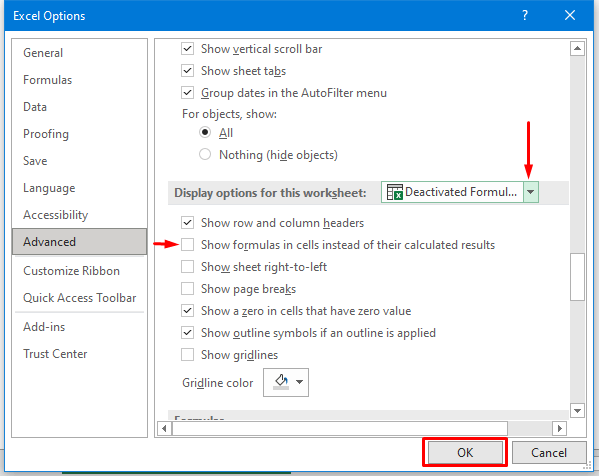 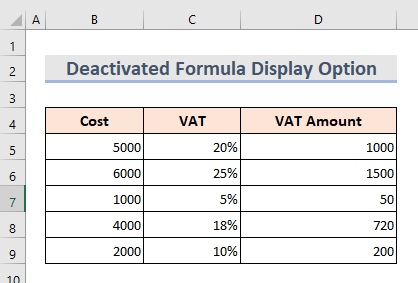 Read More: How to Show Formula in Excel Cells Instead of Value (6 Ways)

By remembering these reasons, we can fix the problem of showing the formula instead of the result. There is a practice workbook added. Go ahead and give it a try. Feel free to ask anything or suggest any new methods.

Hi Everyone! I am Nuraida. Cordially welcome you to my profile. I am a Team Leader of Excel and VBA Content Developer in ExcelDemy. Here I will also post articles related to Microsoft Excel. With a strong educational background in Mechanical Engineering through experimental learning from Rajshahi University of Engineering & Technology. Skilled in Microsoft Word, Creative Writing, Microsoft Excel, Project Management, Support to Organize Different Events, Reporting, Monitoring & Documentation, Online Advocacy and Event Management Related to SAP and Youth Leaders.

Excel Formula to Return Blank If Cell Value Is Negative

How to Compute Grades in Excel (3 Suitable Ways)

How to Turn Off Sheet View in Excel (with Easy Steps)

How to Flip Rows in Excel (4 Simple Methods)