How to Filter Using RegEx in Excel (with Simple Steps)

In this section of the article, we will learn three easy steps to filter RegEx patterns in Excel. Let’s say we have the Inventory Data of ABC Automobiles as our dataset. In the dataset, we have the Store Location of different cars in different stores. Here, the Serial Number of the cars follow a RegEx pattern. But there are some cars that have the same Serial Number. We will create a user-defined function using the VBA Macro feature of Excel to filter these RegEx patterned Serial Numbers. Now, let’s follow the steps mentioned below to do this.

Not to mention, we used the Microsoft Excel 365 version for this article; however, you can use any version according to your preference.

In the first step, we need to start the VBA editor. Let’s use the instructions outlined below to do this. 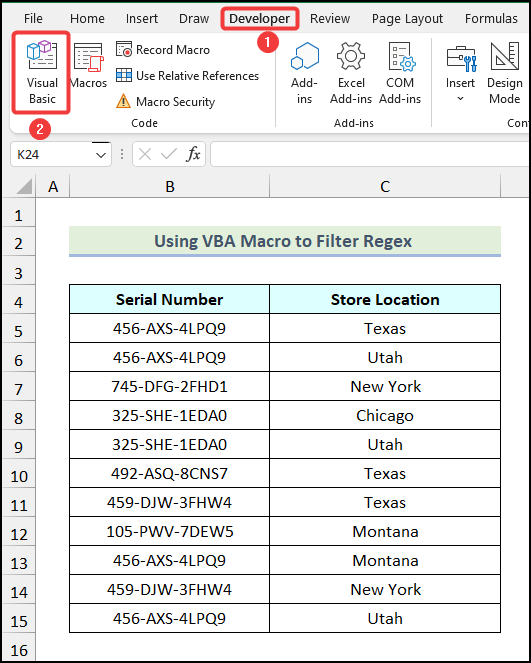 As a result, the Microsoft Visual Basic window will open on your worksheet. 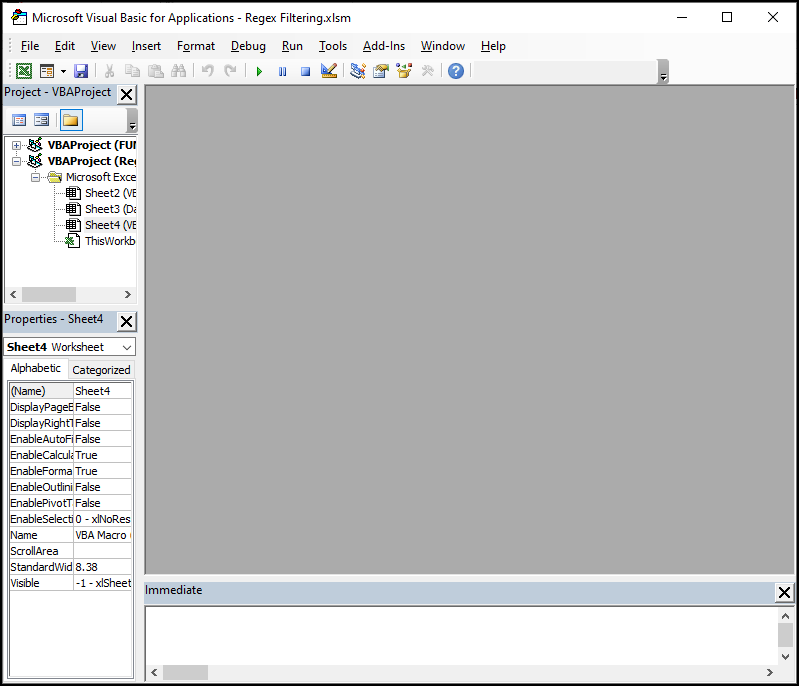 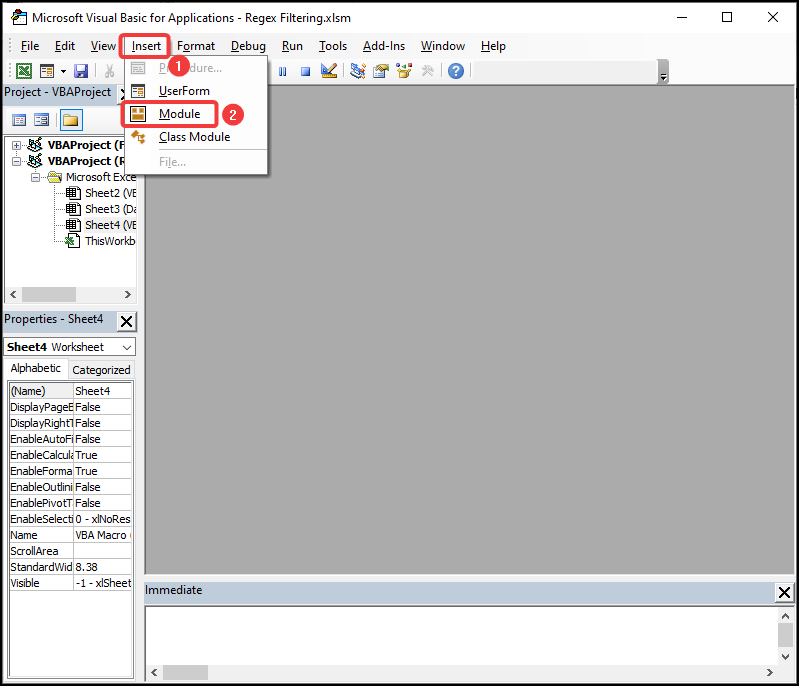 Consequently, a blank Module will be created as shown in the following image. 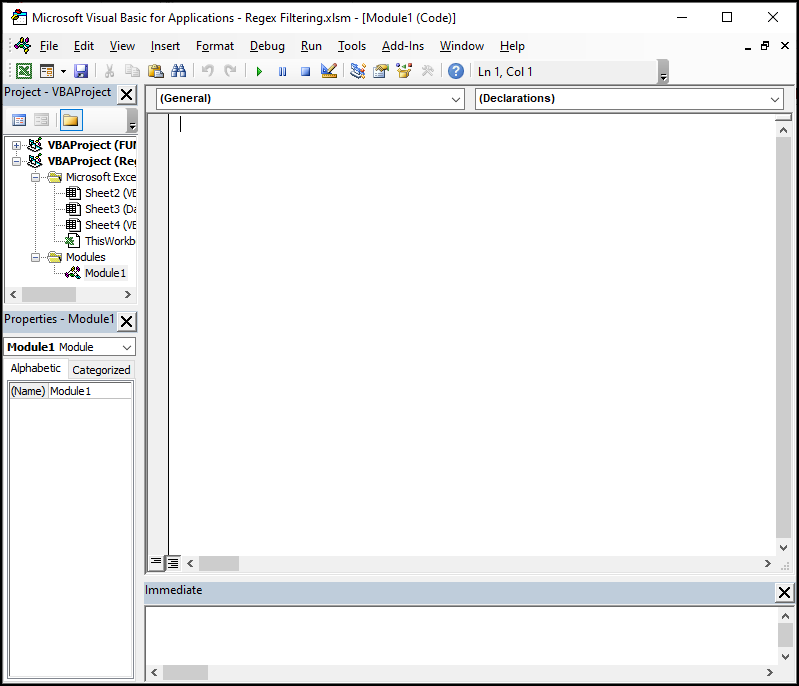 At this stage, we will write down the VBA code in the newly created Module. Now, let’s use the following steps. 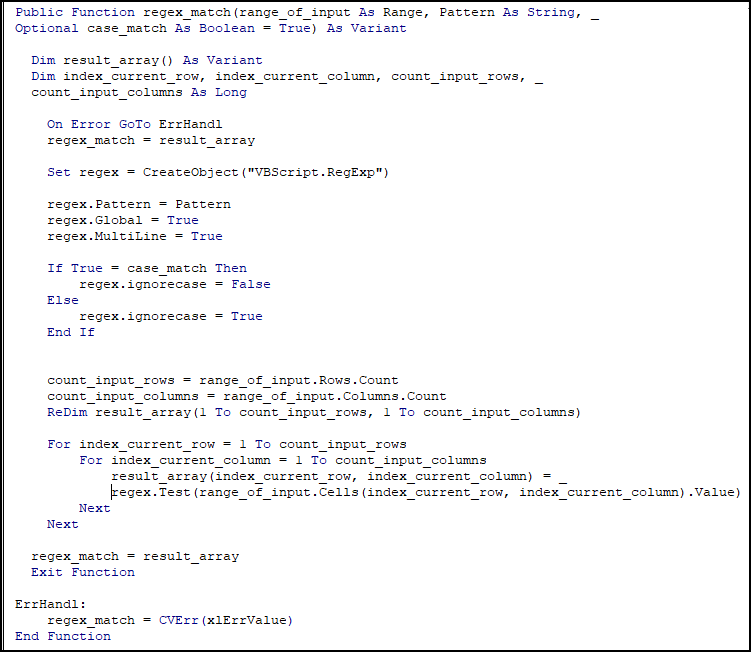 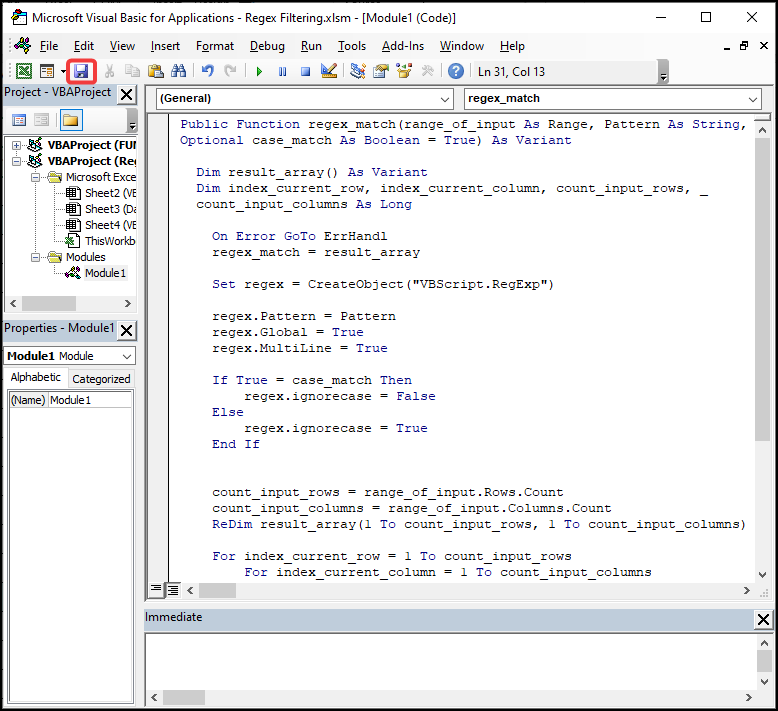 This is the final step, where we will apply the newly created function to filter regex patterns in Excel. 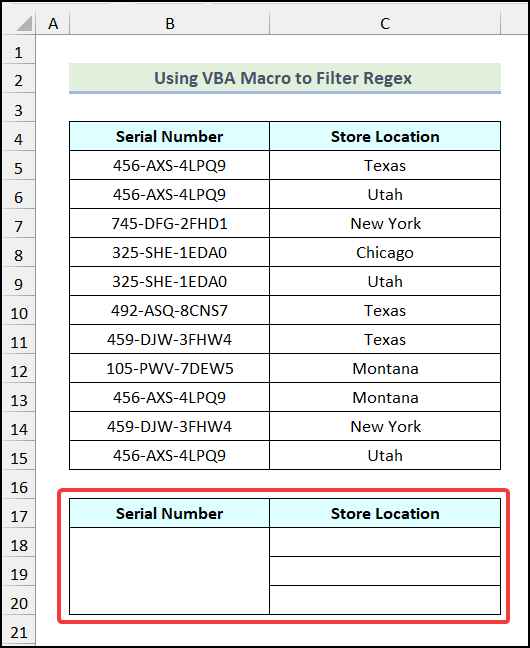 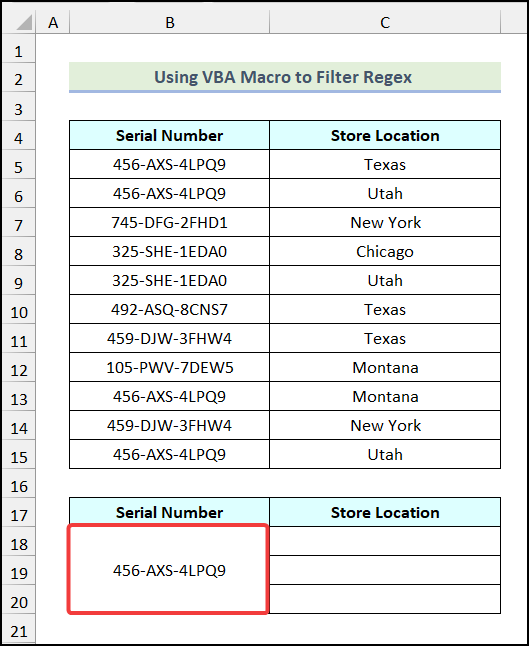 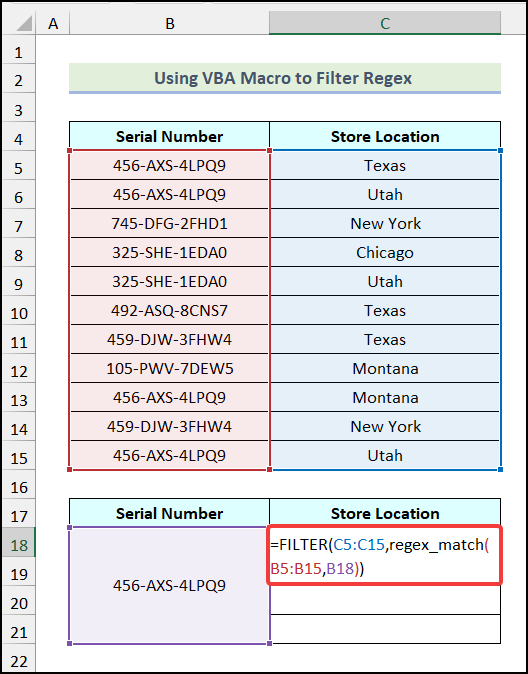 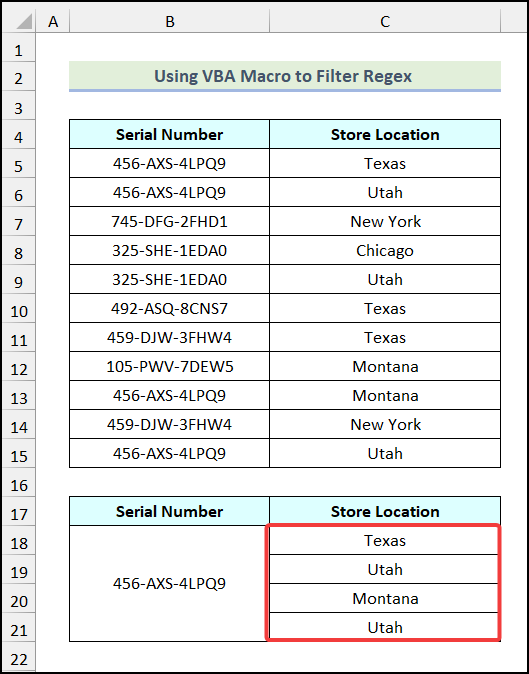 Read More: How to Use REGEX to Match Patterns in Excel (6 Examples) 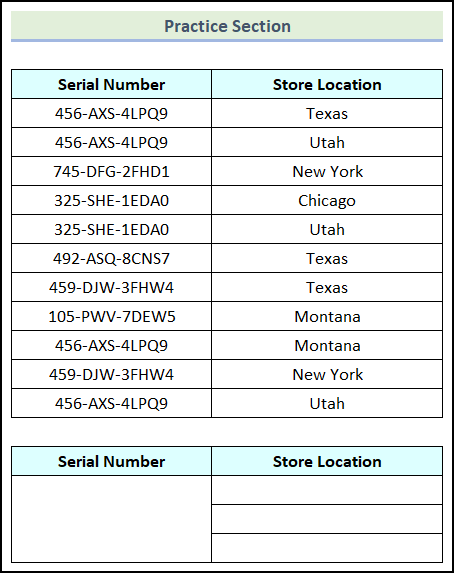 So, these are the most common and effective methods you can use anytime while working with your Excel datasheet to filter RegEx patterns in Excel. If you have any questions, suggestions, or feedback related to this article, you can comment below. You can also have a look at our other useful articles on Excel functions and formulas on our website, ExcelDemy.